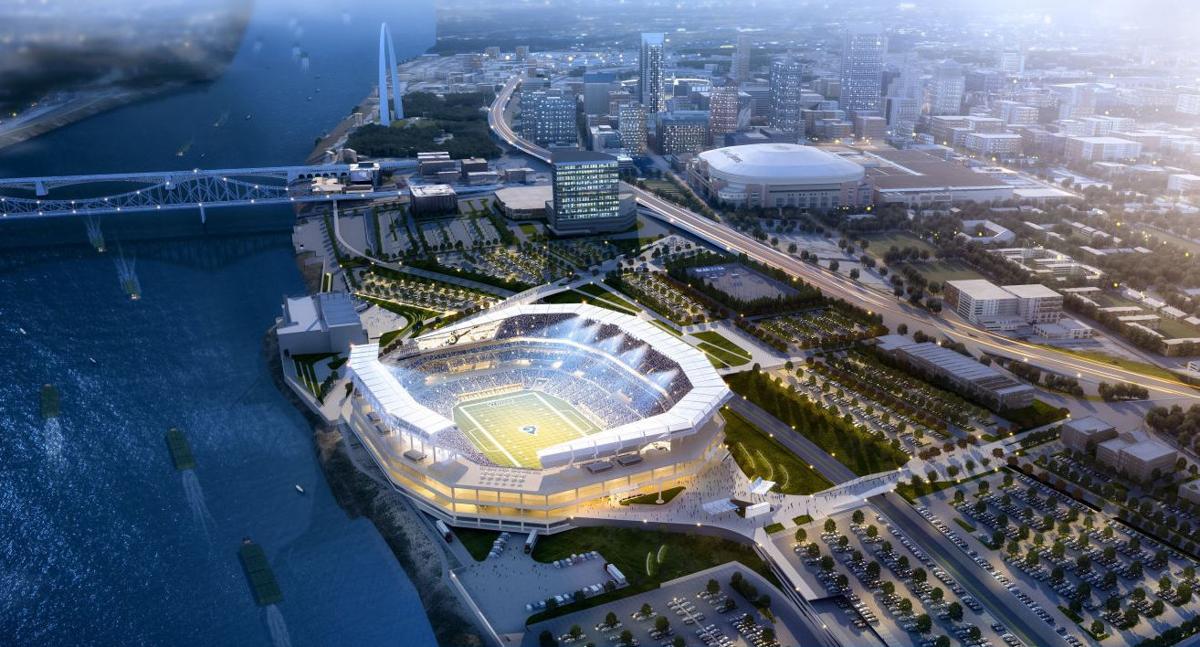 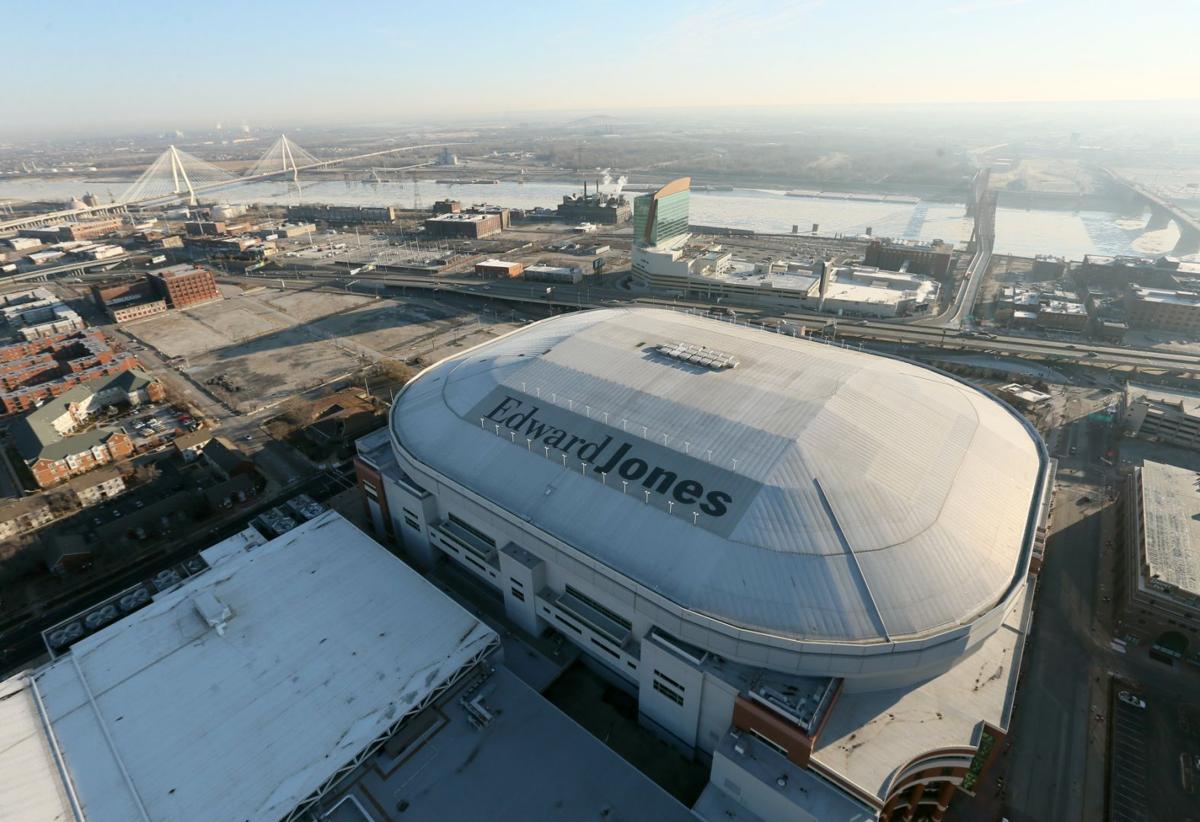 The Edward Jones Dome as seen on Thursday, Jan. 15, 2015. At top left is the proposed site for a new stadium. Photo By David Carson, dcarson@post-dispatch.com 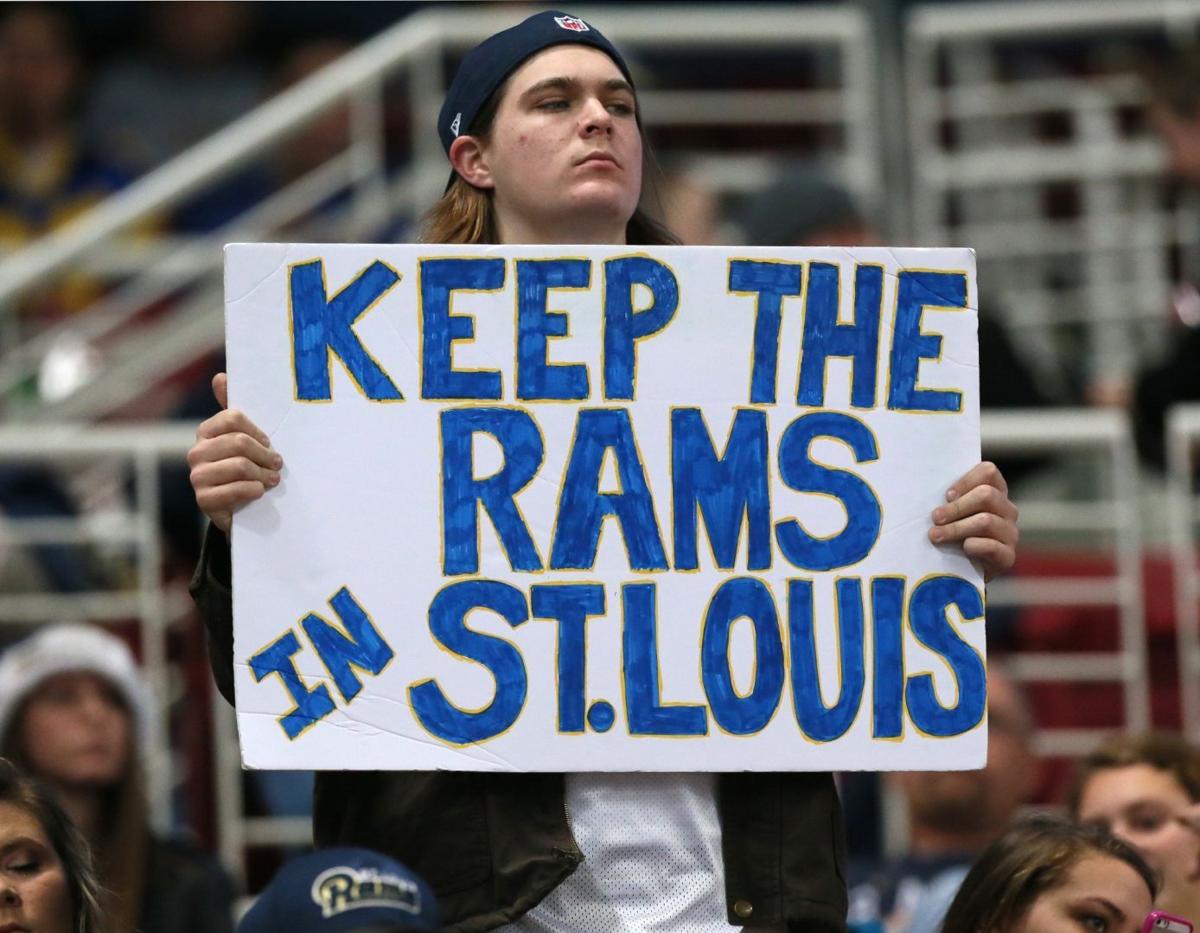 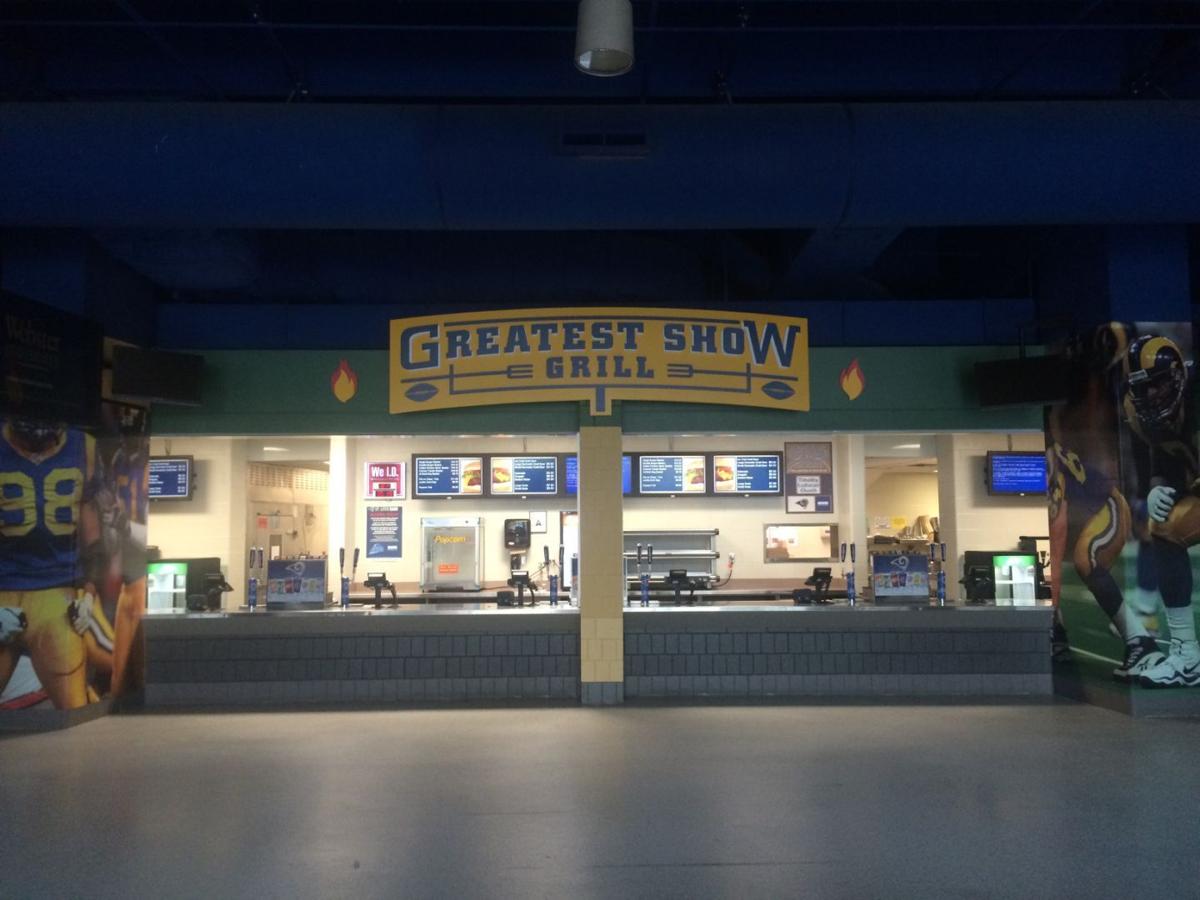 ST. LOUIS • A pillar of the financing package pushed by new stadium backers may not produce as much available revenue as they have represented in court.

For months, planners of the riverfront stadium have argued that city taxpayers will shoulder no new burden. The same tax revenues that pay down debt on the Edward Jones Dome are enough to cover the city’s share of a new stadium, too, they say.

But, according to records recently obtained by the Post-Dispatch, it’s unclear tax revenues associated with the Dome’s construction have ever been enough to cover its debt.

City Budget Director Paul Payne laid out the issues in response to requests from key mayoral staffers over the past few months, including an email to the city counselor just last Friday.

The $8.5 million raised yearly by the city’s hotel-motel tax, for instance, does not cover debt payments on the Dome, Payne wrote, as the new stadium attorneys have alleged in court. It’s instead pledged to the $17.7 million annual debt payments for the nearly 25-year-old south wing of the city’s convention center.

The Dome does allow the city to land conventions it could not otherwise support, Payne noted, and those conventions produce some revenue for the city.

Still, the new information collectively casts doubt on the premise that existing tax revenues could underwrite a future project — since they may not support debts on projects already built.

A rosier picture was presented to Judge Thomas Frawley by attorneys pushing the new riverfront stadium. They argued repeatedly in court on Thursday that the hotel tax more than covers the city’s annual payments toward Dome debt and upkeep.

The attorneys were representing the St. Louis Regional Convention and Sports Complex Authority, the public board that owns and oversees the Jones Dome. The board is suing the city to block a public vote on the use of city tax dollars to help build the proposed $985 million stadium.

Frawley asked several questions on Thursday about the funding source for the Dome debt. Attorneys for the Jones Dome, including general counsel Bob Blitz, a member of Gov. Jay Nixon’s two-man stadium task force, answered consistently that the hotel tax covers the bill.

Payne, the budget director, read news accounts of the hearing. Early Friday, he wrote to City Counselor Winston Calvert, about assertions by Dome lawyers “that the hotel tax approved by voters is the current source of funding for payments on the dome,” according to the email.

“I have heard this contention before,” Payne’s email continued, “and it is certainly not the case.”

Hotel tax revenues are directed, by law, to first cover convention center debt, Payne said. Any leftover would go to pay the Dome debt, he continued. But there isn’t any.

Annual convention center and Dome debt payments together add up to about $23.5 million.

The two taxes dedicated to servicing that debt — the 3.5 percent hotel tax plus the city’s 1 percent restaurant tax — together produce less than $15 million, Payne said.

Blitz, contacted Friday, said he wasn’t an expert on the issue, and passed questions to Thompson Coburn bond attorney Michael Lause. Lause, who argued on behalf of the Dome authority Thursday, did not return a call seeking comment.

Calvert, the city attorney, said he heard the Dome attorneys in court, but decided not to jump into the fray. “I wasn’t there to talk about the legal mechanics,” he said on Friday. “We’ve not been involved in what the financing plan would be.

“A lot of legal issues will need to be worked out over time,” he said.

Mary Ellen Ponder, chief of staff to Mayor Francis Slay, said that the city still hasn’t received a formal financial proposal from Nixon’s task force. “How can I analyze a proposal I don’t have?” she asked on Friday.

Still, she noted, it isn’t fair to gauge Dome revenues by Rams games alone. The Dome was always, from conception, expected to create additional tax dollars through convention usage.

For instance, the St. Louis Convention and Visitors Commission lures some large conventions, such as FIRST Robotics and the National Rifle Association, which couldn’t come if the city didn’t have the Dome. And that means 70,000 NRA attendees spending money downtown.

CVC President Kitty Ratcliffe said her agency has landed about a dozen current large conventions, sometimes drawing more than 10,000 people and 30,000 hotel room-nights, because of the Dome. “It’s a significant number to the community, that we simply could not have if we did not have the space available,” Ratcliffe said late Monday.

The issue of Dome funding first came up in February, according to the records obtained by the Post-Dispatch. It was about a month after Rams owner Stan Kroenke had leaked his proposal to build a football stadium in Los Angeles County and three weeks after Gov. Nixon’s two-man task force had countered with plans to build an open-air arena along the Mississippi River, funded partially by NFL dollars and partially by the city and state.

One Sunday afternoon that month, Slay’s chief of staff sent an urgent request to the city’s budget director.

“I need the total City tax revenue generated by the Rams. All in. By the end of the day tomorrow,” wrote Ponder, then the city’s operations director, in an email to Payne.

He added up estimates on ticket taxes, sales taxes, payroll taxes and property taxes. Then he added indirect spending figures — on parking, in restaurants and on hotel rooms.

The emails highlight some surprises:

“On hotel taxes, used CVC estimate of number of room nights,” Payne wrote, according to the records. “Was surprised by how low this number was.”

Ponder forwarded the email to then Chief of Staff Jeff Rainford, who is now consulting for the downtown business association, and is one of the key proponents of the new stadium.

Rainford saw the $270,000 in estimated annual player payroll taxes. “The state collects $10 million in income taxes from the players,” he wrote. No way, he continued, could the city be collecting merely $270,000.

“Practice facility is in Maryland Heights,” shot back Ponder. “We only get taxes from game days.”

Editor's Note: An earlier version of this story contained an unclear reference in its 12th paragraph to the attorneys representing the St. Louis Regional Convention and Sports Complex Authority. This version clarifies that paragraph.

The Edward Jones Dome as seen on Thursday, Jan. 15, 2015. At top left is the proposed site for a new stadium. Photo By David Carson, dcarson@post-dispatch.com