PHOENIX — Former Missouri legislator and activist Bruce Franks Jr. is seeking $2.4 million in damages from the city of Phoenix, claiming charges against him following his arrest at a protest last month are a case of political prosecution.

Notice of the claim, first reported in Missouri by KMOV, was filed Wednesday after Franks was arrested at a protest marking the sixth anniversary of when Michael Brown was killed by Ferguson police officer Darren Wilson.

A St. Louis native, Franks rose to prominence during protests that followed Brown's death. He served in the Missouri House from 2016 to 2019.

After Franks and seven others were arrested at the protest, Phoenix police released an edited video that included a portion of Franks' arrest. In the video, an officer says protesters knocked over a fence and police responded by pushing back the crowd and shooting pepper balls.

Police said the crowd then began to throw items at the police.

“The response from the protestors was, predictably, fear and anger,” the claim noted, and Franks acted as a peacekeeper when tensions rose between protesters and police.

Unedited and unreleased video of the protest will exonerate Franks and show police escalated tensions, according to Franks' attorney. Franks' attorney said he's asked police to release the video, and police at first denied its existence, then released an edited version.

Initially, Franks faced 13 criminal charges, though the claim notes that a judge dismissed seven of the charges as "meritless." Franks is now charged with aggravated assault, rioting, resisting arrest, unlawful assembly and trespassing by the Maricopa County Attorney’s Office in Phoenix.

Those charges, according to the notice, leave Franks' consulting contracts under scrutiny and in jeopardy and harm his reputation of leading non-violent protests.

Franks’ attorney is Steve Benedetto,  a civil rights attorney who previously represented Jamaar Williams, a Black attorney in Phoenix who was arrested at a 2019 protest while serving as a legal observer. Charges were dropped against Williams, and he subsequently filed a $1.2 million dollar lawsuit.

“When those in power target their critics, falsely accuse them of criminal offenses, and seek to neuter their influence through criminal prosecution and incarceration, international human rights organizations sit up and pay attention,” Benedetto said. 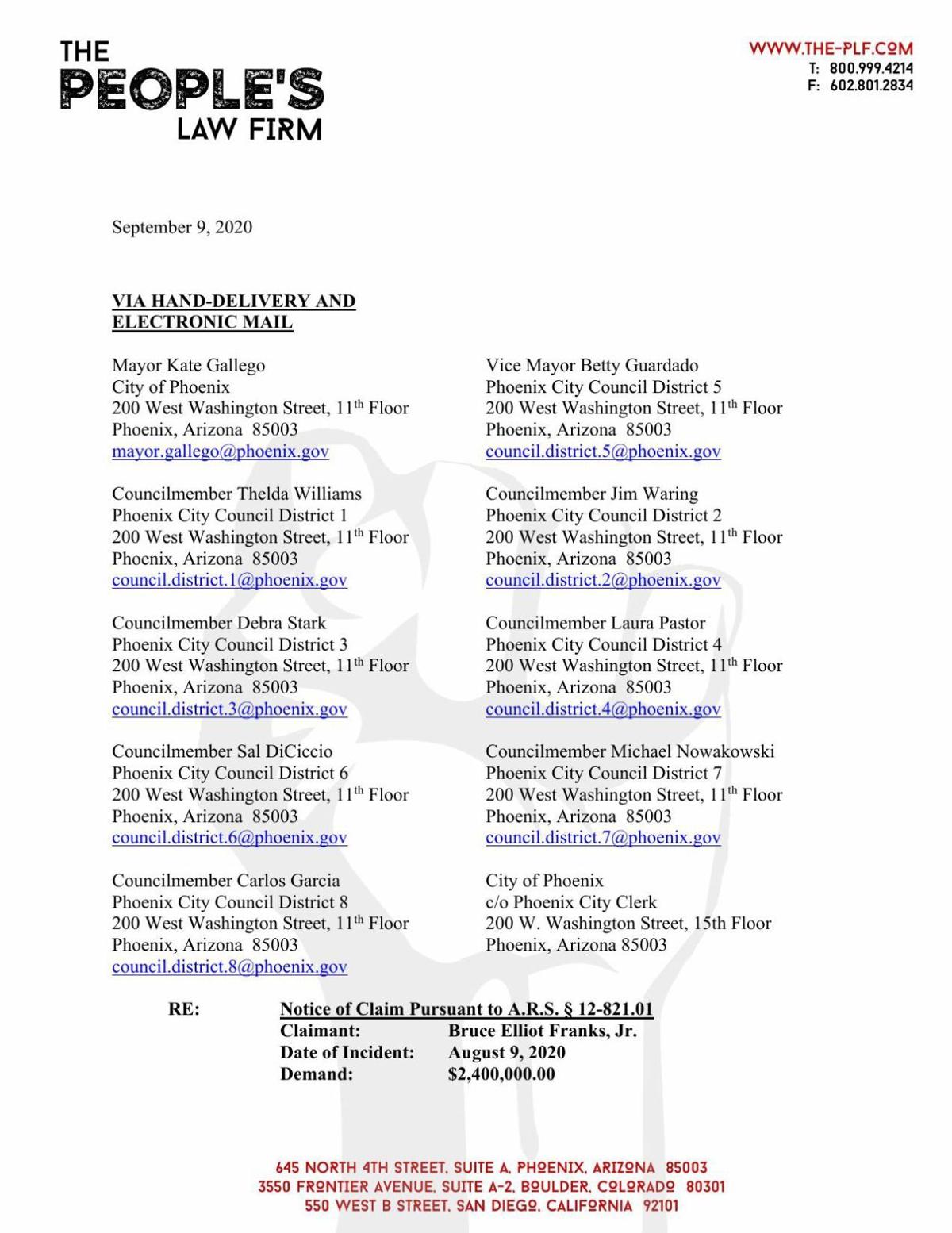 The committee could vote Monday to turn the state Conservation Commission into an elected, rather than appointed, board.