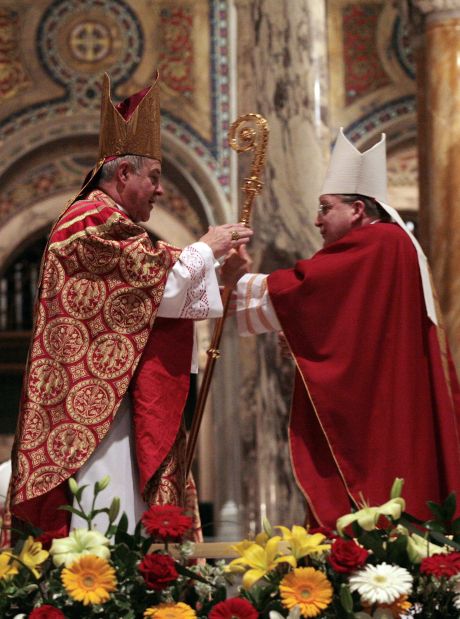 New St. Louis Archbishop Robert J. Carlson (left) receives the official staff from his predecessor, Raymond Burke, during his installation at the St. Louis Cathedral Basilica on June 10, 2009. Photo by John L. White of the Post-Dispatch 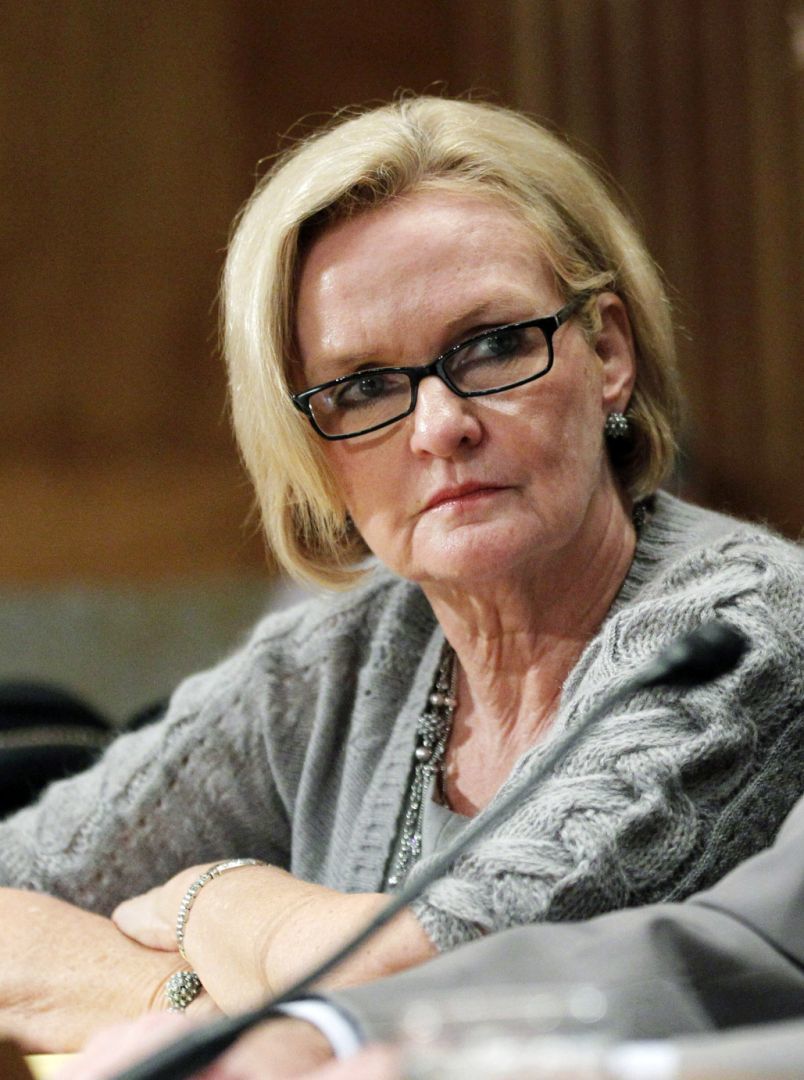 WASHINGTON • Was it subtle political payback, or an offhand observation of a long-standing troubled relationship between Sen. Claire McCaskill, D-Mo., and a former Roman Catholic archbishop of St. Louis?

Reid was ostensibly talking about Pope Francis, and part of the conversation was Reid’s recollection of going to St. Louis for the 2007 funeral of the late Missouri Sen. Thomas Eagleton. Reid recalled running into the cardinal at the funeral.

“Now Claire McCaskill and others just hate the man,” Reid told The Times.

The interview took place earlier this month, hours after McCaskill was one of six Democratic senators who eventually opposed Reid continuing as Democratic Senate leader when Republicans take control of the Senate in January.

Whether intentional or not, Reid’s comment rekindled memories of a past McCaskill-Burke disagreement.

“Those were Harry Reid’s words, not Claire’s; she would never use the word ‘hate’ when talking about the church,” McCaskill spokesman John LaBombard said Wednesday. “That said, Claire is a big fan of Pope Francis, both for his views on social justice and on inclusion in the Catholic faith.”

McCaskill and the former archbishop clashed in 2007 when then-Cardinal Burke disinvited McCaskill from speaking at her daughter’s high school graduation at St. Joseph’s Academy in Frontenac because McCaskill’s positions on abortion and embryonic stem cell research differed from the church’s.

Burke also blamed gay clergy for the church’s sexual abuse crisis, saying priests “who were feminized and confused about their own sexual identity” were the ones who molested children.

New St. Louis Archbishop Robert J. Carlson (left) receives the official staff from his predecessor, Raymond Burke, during his installation at the St. Louis Cathedral Basilica on June 10, 2009. Photo by John L. White of the Post-Dispatch