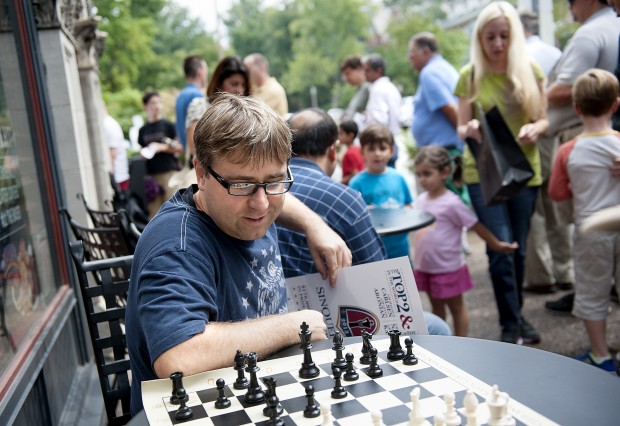 Idin Bunic (left) joins Yeshai Cibli (not pictured) in an impromptu game of chess in front of Lester's Restaurant during an autograph session on the opening day of the Sinquefield Cup in St. Louis Sunday, Sept. 8, 2013. Photo by Sid Hastings 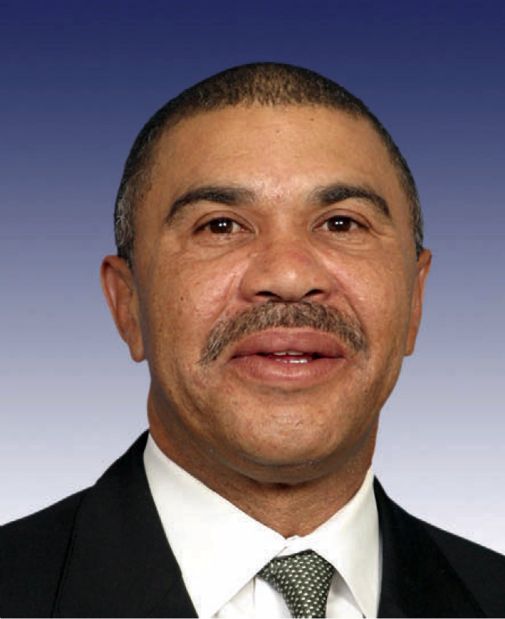 WASHINGTON • Congress may be a partisan mess on many issues, but chess apparently is not one of them.

Two Missouri congressmen — one Democrat, one Republican — will head up a new Congressional Chess Caucus, part of an effort by St. Louis chess enthusiasts to get the city named the chess capital of the United States. Some big-name lobbyists and public relations firms are already behind it.

Reps. William Lacy Clay, D-St. Louis, and Jason Smith, R-Salem, will co-chair the caucus and preside over what they hope will be the first congressional chess tournament this year. Much of the promotion will be geared at ingraining chess into national educational efforts to improve science, technology education and math in schools.

The Post-Dispatch reported on STLtoday.com this week that the Chess Club and Scholastic Center of St. Louis had hired former Missouri Sen. Jim Talent and former Missouri Rep. Earl Thomas Coleman to lobby for a congressional resolution naming St. Louis the chess capital of the country. The measure is expected to be voted on by Congress this spring.

The chess group has also hired the public relations group FleishmanHillard to promote its initiative and today’s announcement rollout.

Chess is big, educationally and economically, in St. Louis. The Chess Club and Scholastic Center of St. Louis will sponsor its sixth consecutive national tournament May 7-20. The tournament will pull in as many as 5,000 spectators over the two weeks to watch 22 nationally ranked competitors in two tournaments, one specifically for women, according to the center’s executive director, Tony Rich.

An additional 50,000 people are expected to watch online coverage and commentary on the tournament, led by the nation’s only African-American grand chess master, Maurice Ashley.

In today’s announcement, the center will say that its efforts in Congress are aimed at raising “awareness of the scholastic benefits of chess and advocate for measures to bring chess programming into the lives of students nationwide.

“In particular the (congressional) caucus will highlight the Science, Technology, Engineering and Math (STEM) for rural and urban students learning chess,” the announcement says.

In an interview, center executive director Rich said the effort in Washington “begins the conversation on the national level on what we can do with chess in the education arena,” and to raise its visibility as an after-school educational activity for children.

He said about 1,500 students in the St. Louis area now participate in after-school chess activities through his organization, which has about 1,000 paid members, half of them students, Rich said.

He said the group last year enlisted the lobbyists and the PR group to push the congressional resolution and help set up the chess caucuses.

“We used them to raise it above the noise” of Congress’ other work, he said. The Washington PR and lobbying efforts are “investments that will benefit the club ... through increased sponsorship opportunities and donors.”

Funding for the lobbying and PR efforts, the level of which Rich would not disclose, are part of the organization’s $2.8 million annual budget, Rich said. The center was founded by billionaire retired investor Rex Sinquefield.

The bipartisan support for the resolution is centered on chess’s educational opportunities.

Smith said that the United States is “falling behind” in STEM proficiency. He said that “playing the intellectually challenging and competitive game of chess is a way for students to develop skills necessary to achieve success in these important fields. The Chess Caucus will be a platform for expanding early STEM education and encouraging American students pursue careers in Science, Technology, Engineering and Math.”

Give more coverage of chess championships

Thank you for the Page 2 story about the exciting finish to the U.S. Chess Championship and U.S. Women's Championship tournaments ("Chess tour…

Competition in the Sinquefeld Cup begins at 2 p.m. today. Six of the world's top 10 players are competing.

Chess fans get chance to met their idols

Four of the game's top players are in St. Louis this week for a tournament.

St. Louis is quietly drawing parents who want their children to succeed in the most cerebral of games.

Idin Bunic (left) joins Yeshai Cibli (not pictured) in an impromptu game of chess in front of Lester's Restaurant during an autograph session on the opening day of the Sinquefield Cup in St. Louis Sunday, Sept. 8, 2013. Photo by Sid Hastings 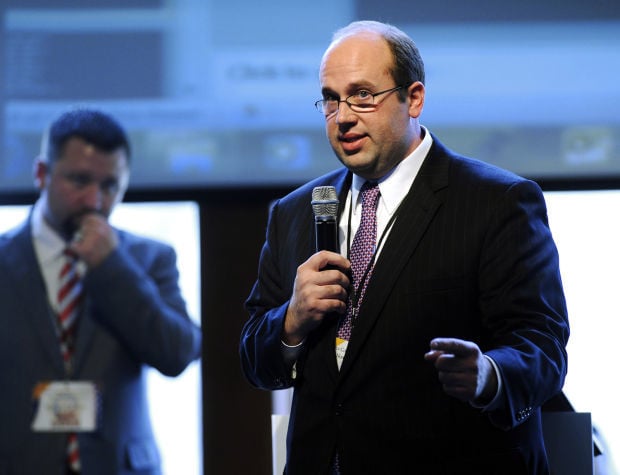