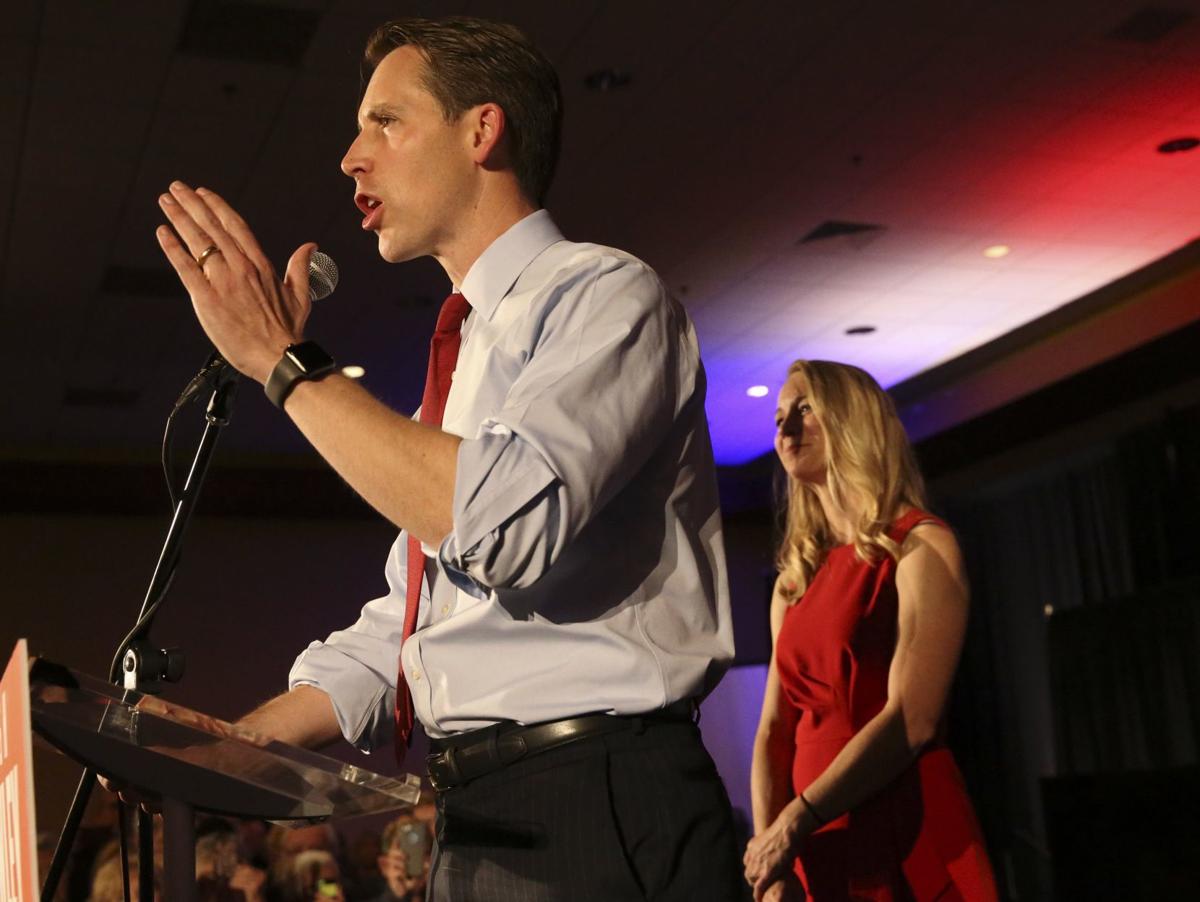 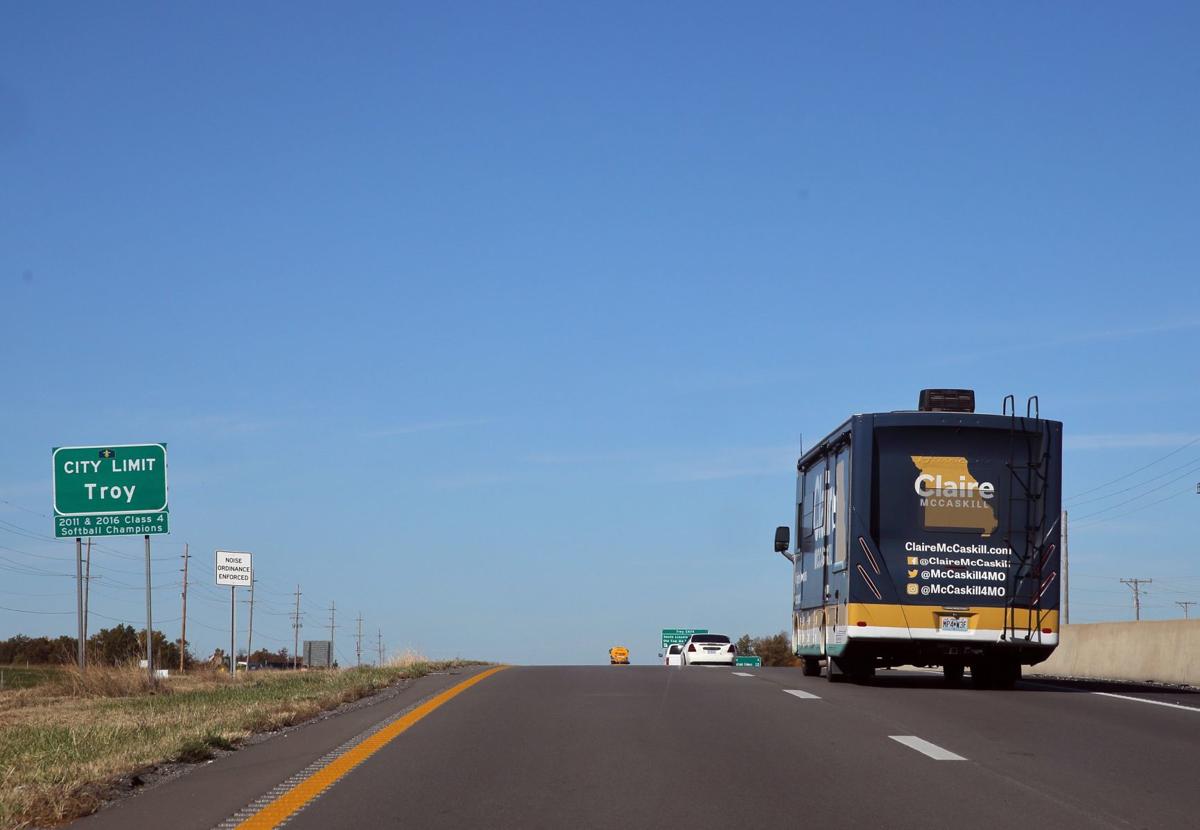 McCaskill, a Democrat, was counting on supporters to run up her vote count in urban and suburban areas — and she needed at least some voters in conservative areas to break away from the GOP and depress Hawley’s outstate margins.

In some ways, the outstate tallies were no surprise. In 2016, when then-Secretary of State Jason Kander lost his bid to unseat incumbent Sen. Roy Blunt, R-Mo., Kander lost out on rural votes just as McCaskill would.

But McCaskill emphasized a rural strategy, hosting more than 50 town halls across the state. She toured red areas on her campaign bus, touting her support for workers’ issues, opposition to tariffs and support for other kitchen-table issues such as access to health care.

The outreach was to no avail.

“They are, for the most part, strongly Republican places these days,” Peverill Squire, a political science professor at the University of Missouri-Columbia, said of Missouri’s rural areas. “Democrats, even somebody who’s moderate like Claire McCaskill, or (Chris) Koster in 2016, find it very difficult to be competitive.”

In the past, McCaskill enjoyed support in several rural enclaves. In 2006, she won or came close in four of the state’s deep Bootheel-area counties: Dunklin, Mississippi, New Madrid and Pemiscot. In 2012, she won all four counties outright.

Six years ago, in addition to the Bootheel counties, she won 10 rural or exurban counties generally south of St. Louis, and about two-dozen other outstate Missouri counties.

This time, deep Bootheel voters, who historically supported Democrats, deserted McCaskill. Hawley netted between 66 and 73 percent of the vote in all four counties, according to preliminary returns. Voters there made up less than 1 percent of the total amount of votes cast Tuesday night.

Whitney Smith, spokeswoman for the Republican National Committee, said that a recording of McCaskill telling campaign workers that she could afford to forfeit votes in the Bootheel also hurt her standing in the wider region.

Smith said party strategists were surprised by the levels of support Hawley won in the wider Bootheel region, which includes counties surrounding Poplar Bluff and Cape Girardeau in southeast Missouri.

“Obviously we expected Josh Hawley to take the Bootheel, but we didn’t expect him to take it by as much as he did,” she said.

She also said President Donald Trump helped pump up Republicans ahead of the election by visiting Missouri multiple times.

“It was huge,” Smith said of a rally Trump hosted in Cape Girardeau Monday night. “I have never seen anything like that in my life. ... For a lot of people, if he’s (Hawley’s) got the support of the president then he’s got their support, too.”

With Republicans claiming both Senate seats, both chambers of the state legislature and all statewide offices except auditor, Democrats are lo…

On Tuesday, McCaskill lost all 10 counties. It wasn’t even close. The highest percentage of the vote that McCaskill won in any of the 10 counties was 45 percent in Ste. Genevieve County.

Jefferson County voters gave Hawley 54 percent of their votes, with McCaskill winning just 42 percent in the mostly white, working-class county that Trump won by an almost 2-to-1 ratio in 2016. Jefferson County, where St. Louis’ suburbs meet the country, used to be a Democratic bastion.

Votes cast in those 10 counties made up about 7.8 percent of the total votes cast in Tuesday’s Senate race.

Terry Smith, a political science professor at Columbia College, said Missouri wasn’t the only agricultural state that is trending red. Two other incumbent Democrats — Sens. Joe Donnelly of Indiana and Heidi Heitkamp of North Dakota — both lost in states where the power base is also centered in rural areas.

“They could’ve easily not been elected six years ago,” Smith said.

In 2006, McCaskill won a narrow victory in a Democratic wave year. In 2012, her Republican opponent, Todd Akin, imploded after his comments on “legitimate rape.”

McCaskill’s winning a third term “may have just been a bridge too far in a red state that continues to trend red,” Smith said.

Inside the Post-Dispatch: The midterm election analysis