The measure, backers say, will help prevent abuse or neglect and aid investigations into misconduct at long-term care facilities.

“It allows people to peek into what is going on each and every day,” said Marjorie Moore, executive director of VOYCE, a Creve Coeur-based nonprofit that pushed the legislation with support from AARP and the Missouri Coalition for Quality Care.

The passage is also timely, they said, after recent reports revealed COVID-19 swept through dozens of Missouri nursing homes and residential care facilities, killing at least 300 people and infecting more than 1,400 others.

But to win passage, backers of the camera bill had to compromise with the Missouri Health Care Association, or MHCA, the state’s chief nursing home industry group.

The MHCA had long lobbied against the video camera measure, citing concerns any footage could be released out of context and violate residents’ and employees’ privacy. But this year, the issue gained traction after COVID-19 closed facilities to visitors, said Rep. Andrew McDaniel, R-Deering, who has sponsored similar legislation since 2015.

To compromise, the bill now prohibits footage from being released without permission from both the resident or the resident’s family and the nursing home operator, with an exception for officials investigating abuse or neglect.

McDaniel said getting the bill passed was a struggle, given the industry’s early opposition. “They weren’t really happy, but they ultimately saw this coming and wanted to get ahead of it,” he said.

Ann Bickel, vice president of the Missouri Coalition for Quality Care and a former legislative aide, said it was “a miracle” the bill passed the Legislature “because the industry has had great influence in Jefferson City. They have for many years.”

With 15 lobbyists, and hundreds of thousands of dollars in campaign contributions, the MHCA is one of the most politically engaged industry groups in the state. A review of campaign finance records shows the organization, as well as some of its biggest members, have been generous contributors to many of the state’s top leaders.

Among them: Gov. Mike Parson, who on Dec. 11 attended a St. Louis fundraiser that generated more than $145,000 from 31 donations from the nursing home industry for his political action committee, Uniting Missouri. Afterward, Parson traveled to Washington, D.C., on a plane belonging Rick DeStefane, owner of Reliant Care, which operates 22 facilities across Missouri.

Parson said Thursday he wasn’t familiar with the electronic monitoring legislation, suggesting his staff was still reviewing it. He has until mid-July to sign the bill.

Meanwhile, some lawmakers have moved to shield businesses including the nursing home industry from COVID-related lawsuits.

Moore, the VOYCE executive director, said while the highly contagious virus caught nursing homes off guard, it has also spotlighted long-standing issues within the industry: staffing shortages and a lack of personal protective equipment, and poor communication with residents and families, issues that may have contributed to the virus’ spread.

Though legislation limiting COVID-19-related lawsuits against nursing homes and other businesses died in May at the end of the annual legislative session, Parson signaled at a news conference Tuesday the topic would be on the agenda of any special session he might call later this year.

“I’m not interested in a bunch of people taking advantage of the good, hardworking people trying to do a job,” the Republican said at a news conference Tuesday. “If we have a special session, that will be part of the discussion.”

On Thursday, Parson insisted the December fundraiser didn’t influence his thinking on whether to limit lawsuits against nursing homes.

Parson got his first contribution in 2009 when he was running for state senator. In that year, he received $3,000 from the then newly formed Long Term Care Leadership PAC, which received $85,000 from the MHCA. The treasurer of the LTCL PAC formed the Missouri Health Care Association PAC in 2011, which in that year received $287,500 from the MHCA and made more than 160 contributions to political campaigns totaling $240,881.90

The two PACs each contributed $5,000 to Uniting Missouri at the Dec. 11 fundraiser.

MHCA reported spending $329,767 in nondeductible lobbying expenditures in 2017, according to federal tax filings of the most recent year in which tax filings were available. The association also listed $39,772 in “legislative” expenses. The group spent $296,357 on lobbying efforts in 2016.

Another industry group, the Missouri Assisted Living Association, also operates three PACS — the Missouri Assisted Living PAC, Residential Care Facility PAC, and the MO Residential Care-PAC — that also similarly made contributions. Those three PACs have given a total $29,525 since 2017, including $3,000 to the campaign accounts of Parson and $1,000 to Kehoe.

Among other influential nursing home industry donors are a handful of businessmen who own some of the largest nursing home chains in the country.

For example, DeStefane, the nursing home owner who flew Parson to Washington, personally gave Uniting Missouri $4,000 at the fundraiser. He also donated $2,600 to Parson’s campaign in 2018 and gave $5,000 to Kehoe’s American Dream PAC in October of last year.

He has previously given thousands to other candidates personally or through Reliant Care and other businesses he owns.

DeStefane was a longtime business partner of Joseph Shepard, the husband of former U.S. Sen. Claire McCaskill and a former co-owner in Reliant Care. The Reliant network of nursing homes reports annual revenue of $200 million, according to DeStefane’s personal website.

In 2017, Reliant paid $8.3 million to settle claims of Medicare fraud. Two of the company’s St. Louis area nursing homes were recently targeted by protesting workers represented by the Service Employees International Union after they were forced to quarantine for two weeks without sick pay after testing positive for COVID-19 at the homes.

Another major political donor is Health Systems Inc. owned by James Lincoln. Through Health Systems, Lincoln has given since 2016 a total of $444,500 to candidates and political action committees, including $25,000 in 2019 to American Dream. In 2014, Lincoln’s RehabCare Group, which included Health Systems Inc., paid $30 million to settle a federal lawsuit alleging it paid kickbacks to gain access to Medicare and Medicaid patients in Missouri nursing homes.

A Post-Dispatch investigation on May 10 detailed how COVID-19 swept through a Franklin County nursing home the company owns, killing residents and infecting dozens of others, as employees working overtime hours scrambled to contain the virus. The home accounts for more than two-thirds of infections in Franklin County.

Another company, Northport Health Services Missouri LLC — also making contributions as NHS Management — has donated thousands to Parson and currently high-ranking Republicans, including $10,000 at the Uniting Missouri fundraiser in December, as well as previous Democratic candidates for statewide office including Koster and Nixon. The company, owned by Norman Estes, owns 50 nursing homes across four states, including Missouri.

Haahr, the House speaker, acknowledged the industry’s contributions but denied they have influenced legislation.

“They’re a fairly organized organization,” Haahr said of MHCA. “I think the nursing homes are as organized as any of the other groups in the Capitol. … They certainly have a pretty robust individual organization.”

He said, “No one’s donations to me impact how I handle their legislation.”

“It’s very influential,” Engler said. The nursing homes are “organized about as well as any industry because they know that they have things that affect them, especially the (Medicaid) reimbursement rate.”

“My parents were in nursing home for years,” Engler said. “I get it. If they have to cut down the number of staff and stuff, then my parents get worse care. You know, so you want them to be profitable so the care’s there but not real profitable so that they’re making huge amounts of money.”

The MHCA, which represents more than 300 residential care facilities in the states, defends its active courtship of state lawmakers, saying the industry represents an essential part of the overall health care system — something the pandemic helped underscore.

“This truly is an ‘all hands on deck’ situation,” Nikki Strong, the group’s executive director, said in a lengthy email. “We cannot beat this virus alone. It’s time to rally around our seniors and our health care heroes who work in long term care facilities.”

Long-term care facilities have taken every precaution against the virus, but it has spread through asymptomatic staff taking close care of a vulnerable population, Strong said, pointing to recent analysis by Harvard Medical School and Brown University that determined a home’s location and size are predictors of an outbreak, and not home’s quality ratings.

Even before COVID-19, nursing homes in the state have been operating on a “razor thin” profit margin, and fighting COVID-19 has only increased costs, costing the industry an estimated revenue loss of up to 23%, Strong said.

The MHCA did not oppose the camera bill this year, but “assisted the sponsor in dealing with the many technical and legal issues” including federal patient privacy laws, Strong said.

The MHCA did not organize the December fundraiser Parson attended, Strong said. But the MHCA actively lobbies and supports “campaigns of those persons who support our members and the residents, be they elderly, disabled, behavioral or veterans,” she said.

“We want to bring a pragmatic approach to ensuring each of these Missourians have access in their community to quality long-term care services. There are many competing interests at the state Capitol, and most of them are well-intentioned; however, we believe caring for these senior, disabled and behaviorally disordered citizens should be very high on the list, and look for legislators who share that vision.”

Brett Emison, president of the Missouri Association of Trial Attorneys, which opposes sweeping COVID-19-related litigation restrictions, said his group understood the need for “narrowly tailored” protections for workers on “the front line of a pandemic that we haven’t seen before.”

“But what we don’t want to see is (protection for) a nursing home that may have been chronically understaffed, inefficient in the care that they were giving, that was exposed when this virus hit and suffered just tragic, tragic consequences for its residents and their families,” he said.

But Strong worries that nursing homes, which have already been roiled by the pandemic, will become convenient targets for trial lawyers.

“It is disgusting to hear some of their rhetoric since COVID-19,” Strong said in a lengthy statement. “I am not suggesting that a provider that didn’t provide adequate care shouldn’t be held accountable. Our front-line health care providers are heroes who are working around-the-clock to protect Missouri’s most vulnerable from this virus.”

Sen. Scott Sifton, a Democrat who supports some limits on coronavirus-related litigation, said MHCA contributions to his campaign account don’t color his thinking on issues that affect the industry.

On the industry’s political contributions to dozens of candidates, Sifton said, “It shows engagement in the discussion of policy by some, but you’re not going to hear me suggest that there’s untoward influence or anything improper about the industry advocating for its point of view on things.

If approved, such a law would block people from suing if they get sick from the virus 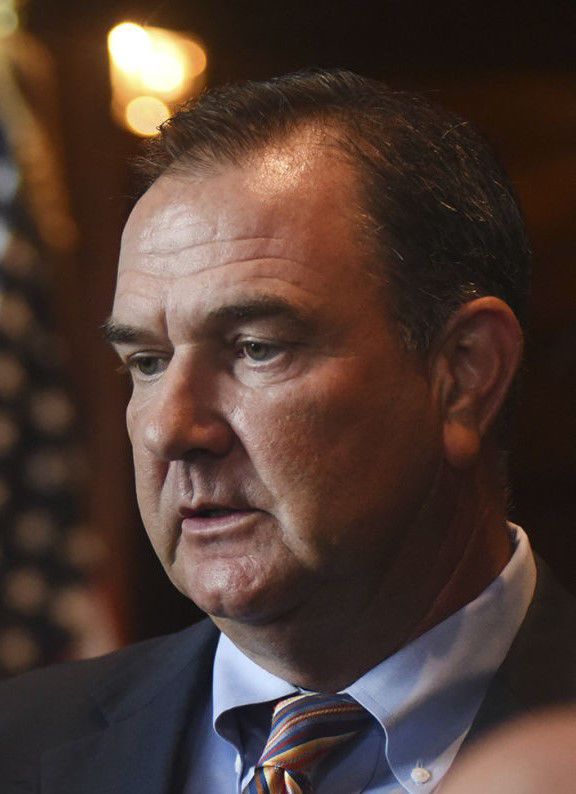 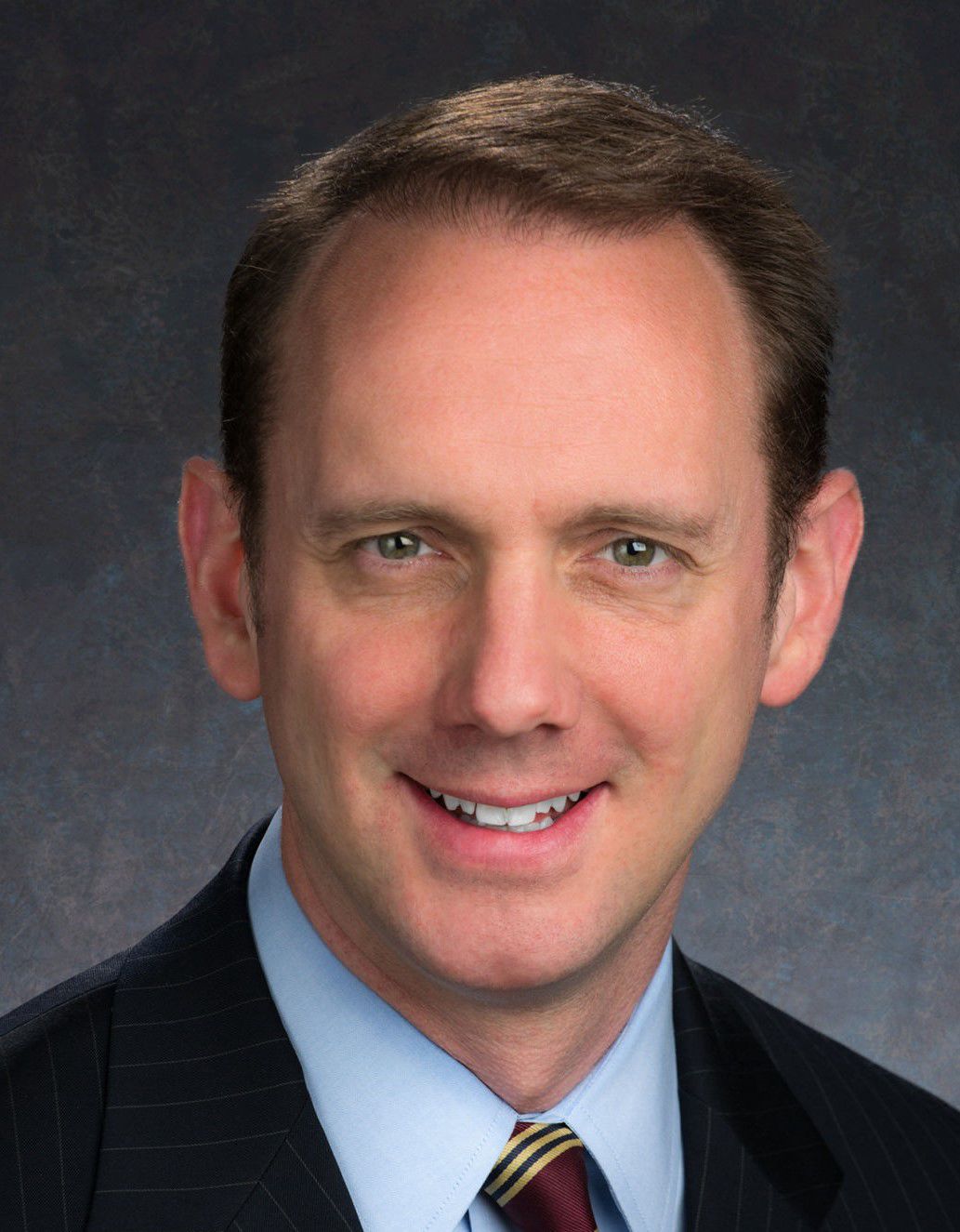 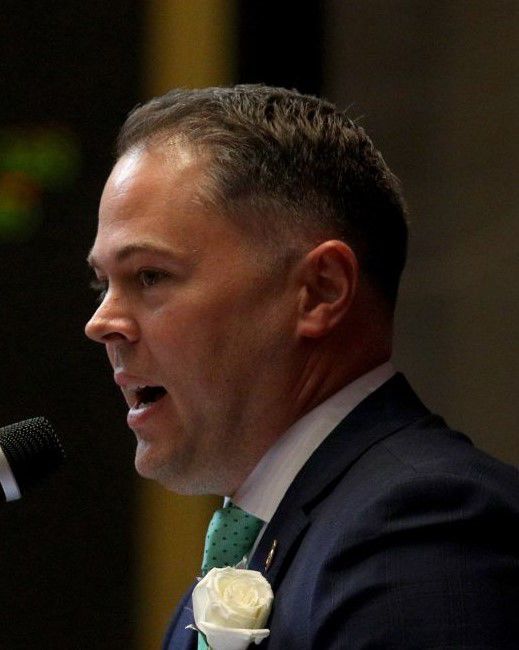 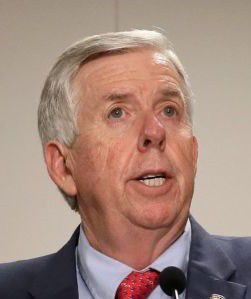