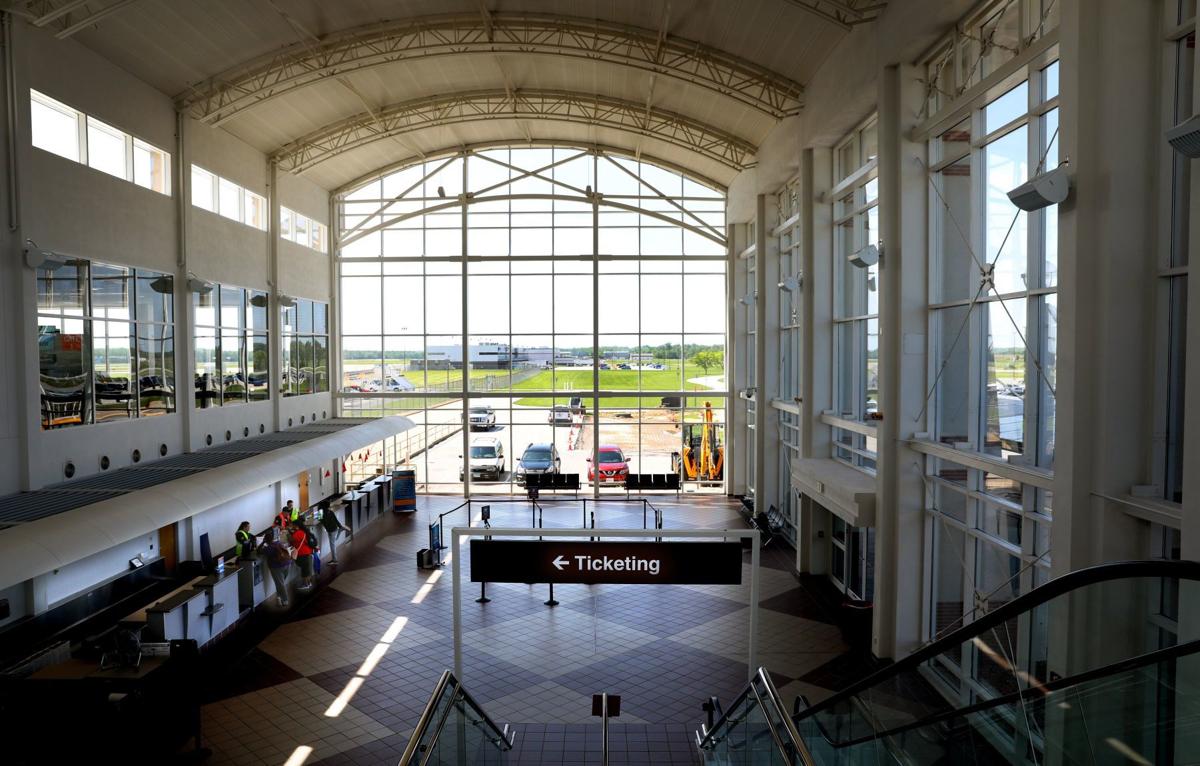 The Allegiant Air ticket counter turns quiet after its third and final flight of the day left MidAmerica Airport for Destin, Florida, on Tuesday, May 22, 2018. The Mascoutah airport has been named best in Illinois by the Illinois Department of Transportation. Photo by Robert Cohen, rcohen@post-dispatch.com 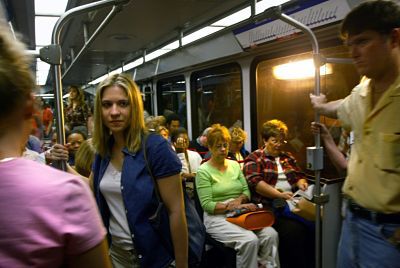 ST. CLAIR COUNTY — While St. Louis and St. Louis County officials try to figure out new MetroLink routes, up to $96 million has been secured from the Illinois Legislature to pay for a long-sought Metro East extension to MidAmerica St. Louis Airport.

Taulby Roach, who oversees Metro Transit’s parent agency, said Thursday that construction on the approximate 5-mile route could begin in as soon as two years.

The extension would link the existing Shiloh-Scott station to the airport, which is in Mascoutah. Now, shuttle buses run between the two. Construction could take 18 months, he said.

He said the $96 million in state money, part of a $45 billion state construction program passed earlier this month, would cover the entire cost.

Roach, the president and CEO of the Bi-State Development Agency, said a pre-construction environmental study would take less time than usual because the expected rail alignment was mapped out years ago and is entirely on airport property owned by St. Clair County.

County officials have pushed on and off since the 1990s for the extension to MidAmerica, which has been derided by critics as a boondoggle because of its lack of flights for many years.

In fact, a U.S. Department of Transportation report in 1999 questioned whether lackluster ridership forecasts for the MetroLink extension justified spending federal money on it.

“He continues to build his flights in,” Roach said of Cantwell. “His parking lots have been filling in. There does appear to be growth at that airport. Maybe our future is brighter out there.”

The airport, which has received big subsidies over the years from county government, opened in 1997. It was empty for two years before landing an airline.

Then in 2009, Allegiant suspended service after a 3½-year run. It resumed passenger flights in late 2012. Cantwell said the airline this summer, MidAmerica’s busiest season, is running 32 flights a week to nine destinations.

Cantwell said among other potential users of the MetroLink extension could be some of the 500 people who work at the airport, including some at a Boeing manufacturing facility and a produce warehouse.

The $45 billion Illinois construction program, requested by Gov. J.B. Pritzker, also includes funds for roads, bridges, schools, prisons and other public works. Big outlays also are planned for mass transit and railroads in metro Chicago and other parts of the state.

The package will be paid for, in part, by a doubling of the state gasoline tax to 38 cents per gallon, which will increase in the future with inflation.

The measure also will be funded by increases in vehicle registration fees and cigarette taxes and by revenue from legalized sports betting and casino expansion.

Roach said more precise information on timing for the Metro East extension depends on details yet to be announced by the Illinois Department of Transportation on when funds will be distributed for the overall construction package.

Kern and Cantwell said in addition to a new MetroLink station at MidAmerica, it’s possible that a station could be added along the extension route on the north end of Scott Air Force Base if Congress approves a proposal to pay for a new Scott gate.

In St. Louis, the city is considering a Northside-Southside MetroLink line that would connect to and around the planned National Geospatial-Intelligence Agency headquarters to be built northwest of downtown.

City, Metro and regional planning officials are expected to meet soon about proceeding on the next phase of the process, an environmental review.

A similar study in St. Louis County of three alternate routes was delayed by former County Executive Steve Stenger, who said he wanted to wait until after the completion of the second phase of an evaluation of security practices on existing light-rail lines.

It was ordered amid continued concern over some high-profile violent crimes on MetroLink and a ridership decline.

Sam Page, who succeeded Stenger after Stenger resigned prior to pleading guilty in federal court to a pay-to-play scheme, has yet to say when he wants that study to begin.

Move comes as Illinois bill would give St. Clair County more sway over the agency that operates MetroLink.

The Allegiant Air ticket counter turns quiet after its third and final flight of the day left MidAmerica Airport for Destin, Florida, on Tuesday, May 22, 2018. The Mascoutah airport has been named best in Illinois by the Illinois Department of Transportation. Photo by Robert Cohen, rcohen@post-dispatch.com 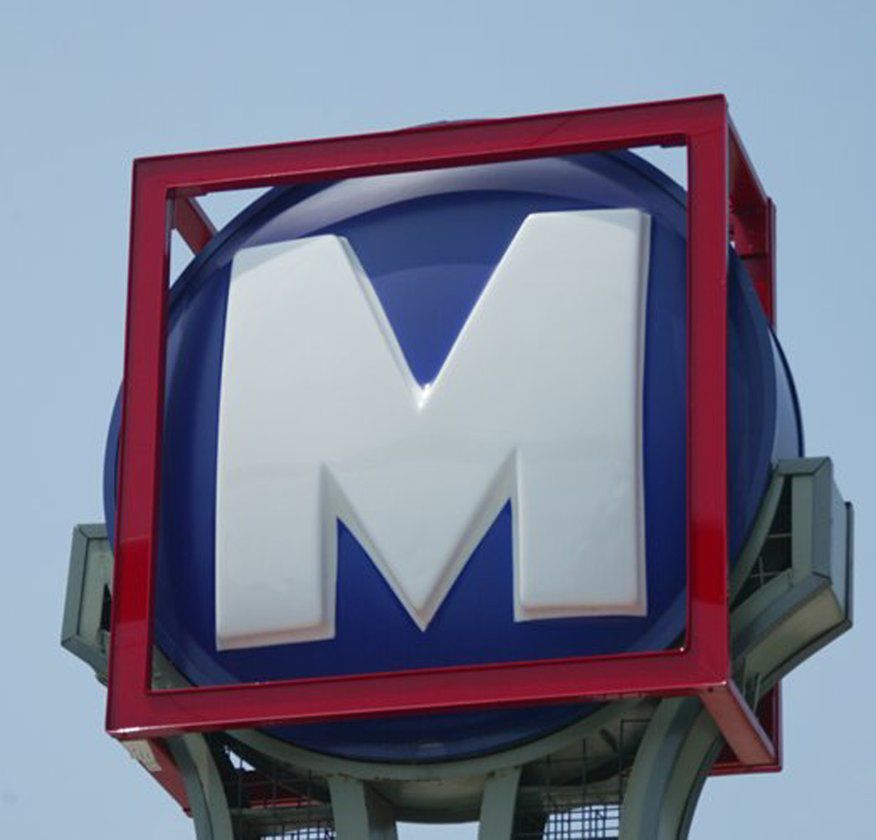 A Metro station sign. Photo by Brittanie Williams of the Post-Dispatch