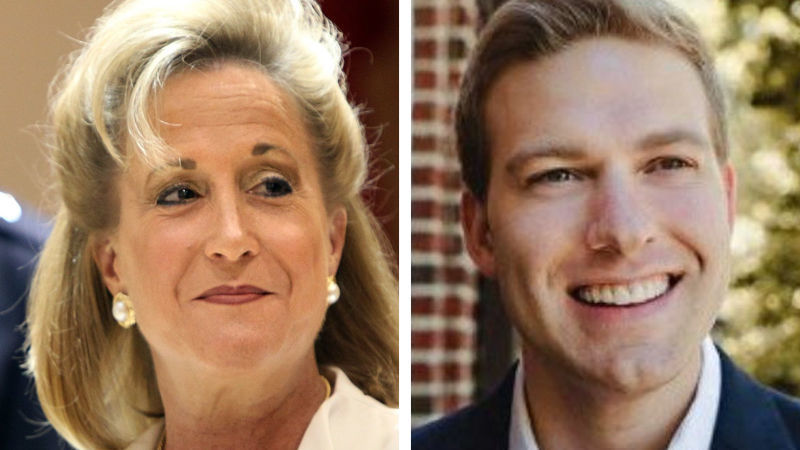 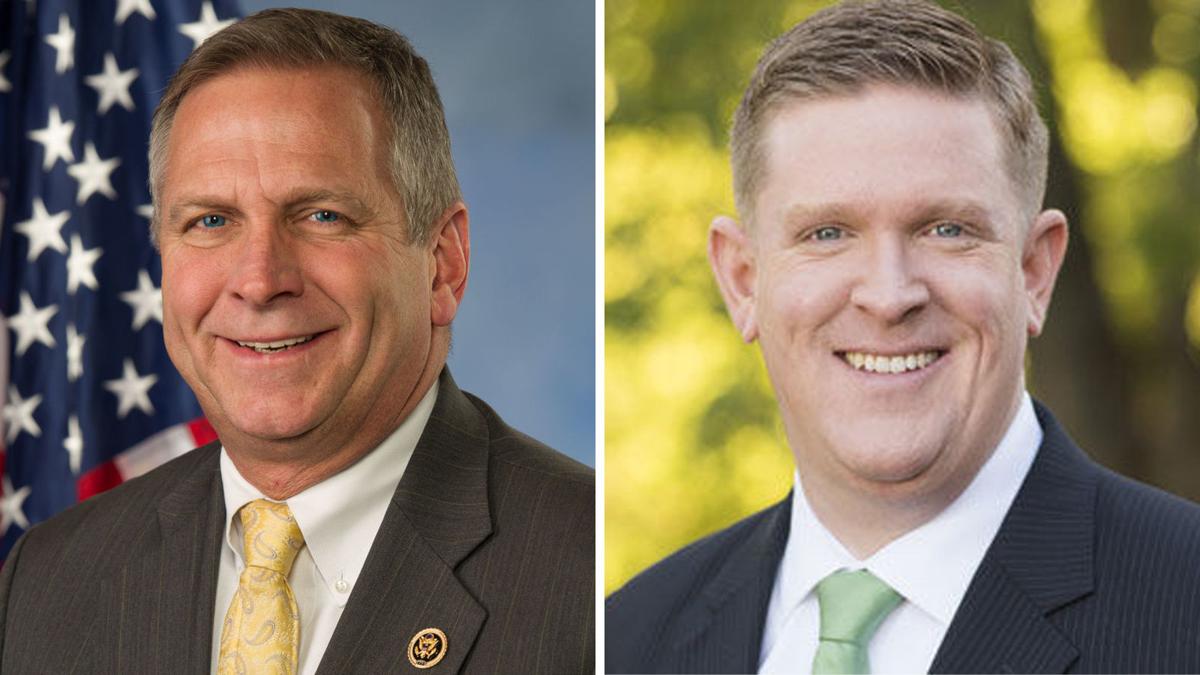 One difference between the two?

The densely populated Wagner district has a couple of Whole Foods markets that cater to upscale consumers, Wasserman points out. The sprawling Bost district has none.

That’s food for thought on how the unique and complex ingredients of 2018 are simmering very differently in two pivotal congressional elections on opposite sides of the St. Louis metro area.

Wasserman still rates Wagner’s district west of St. Louis as a “leaning Republican.” But he notes that the district has a heavier contingent of suburban women, who more than any other national demographic have abandoned Trump or ramped up their activism against the president.

Contributing to that trend is everything from what Trump’s actions and policies mean in the era of #MeToo, to the images of undocumented migrant families being split in the U.S. immigration system.

If the 2010 Republican takeover of the House of Representatives was the Tea Party rebuke of President Barack Obama and Democrats, 2018 is “definitely ‘the year of the fired-up female college graduate,’” Wasserman tweeted Monday.

Hard to overstate how much different this midterm electorate will look vs. 2014/2010, which were utterly dominated by older & white voters.

“Blue Wave in a nutshell: Democrats are doing really, really well anywhere that’s within like a 20-minute drive from a Whole Foods Market,” Wasserman also tweeted.

Blue Wave in a nutshell: Democrats are doing really, really well anywhere that’s within like a 20 minute drive from a Whole Foods Market.

Bost’s district stretches from the Metro East suburbs to the southern tip of Illinois, fanning out from Belleville across 5,000 square miles of farms and small towns. It is decidedly less wealthy than Missouri’s 2nd District — hence the absence of a Whole Foods.

Trump supporters in Illinois’ 12th District are more likely to be more energized to support the president and his party on everything from the angry political fight over the Brett Kavanaugh Supreme Court nomination to another side of the immigration debate: the current images of a “caravan” of Central American immigrants who have entered Mexico on their way to the U.S.

Trump in every rally now characterizes “the caravan” as symptomatic of a broken American immigration system. He declares opposition to Kavanaugh as mere Democratic obstructionism.

Separated by only a few miles and a river, Missouri’s 2nd and Illinois’ 12th both supported Trump in 2016 by double digits. But from there, they differ, and the contrast shows why the narrative has moved from Democrats’ euphoric predictions of a big blue wave this year to lowered expectations in the crosscurrents and eddies of scores of individual House races around the country.

Bottom line: There’s a reason that when Trump comes to the region for yet another rally this Saturday, he will do it with Bost in Murphysboro, and not with Wagner in Ballwin. It will be Trump’s second rally with Bost in Bost’s district this year.

Wagner has not had the president in for a campaign rally even though he has campaigned in Missouri or the St. Louis region multiple times this year.

Republicans currently hold a 235-193 edge in the House, with seven vacancies. It takes 218 to control the body, and the outcomes of the Bost-Kelly and Wagner-VanOstran races will be among about 70 House races around the country to watch on Nov. 6. So will the election between Rep. Rodney Davis, R-Taylorville, Ill., and Democrat Betsy Dirksen Londrigan in another Metro East seat, the 13th District.

If Wasserman does move the Bost race to “lean Republican,” all three pivotal House races in the St. Louis area will be in that category two weeks before the election. Wasserman said he’s basing the likely Bost move to “lean” based on recent polling in the district.

If the Democratic wave is to be as historic as some predicted this year, at least two of the three — maybe all three — would have to go to the Democrats. Wasserman’s re-categorization of Illinois’ 12th District to “lean Republican” indicates the trend is moving away from that possibility with two weeks to go before the election.

But Wasserman says Wagner-VanOstran is also worth watching because Missouri’s 2nd District is the type integral to the Trump “resistance” movement that became apparent in a massive rally on the National Mall the day after Trump’s inauguration.

“Both resistance to Trump and issues are driving the Democrats, because he embodies a rejection of the Democrats and all they stand for,” added Dave Robertson, chair of the political science department at the University of Missouri-St. Louis. “He’s inherited that Tea Party-energized resentment. He takes pleasure in voicing it every day.”

By contrast, Illinois 12th District is the kind of rural, small to mid-sized community host that Trump has been hitting frequently this fall, while attracting energized crowds reminiscent of his 2016 election victory. It’s “one district where Trump’s popularity does help” Republicans, Wasserman said.

Trump won Missouri’s 2nd District by 10 points in a state he won by almost 19. The district has a median household income of roughly $71,000.

In that Wagner-held district, 46 percent of adults have college degrees, compared with 21 percent in the one represented by Bost.

College-aged women are in “the demographic that has moved the most strongly toward Democrats in the last couple of years,” Wasserman told the Post-Dispatch.

But national numbers do not dictate local results.

“We are looking at a very unique situation” in the districts held by Bost and Wagner, Wasserman said. “It wasn’t very long ago that Missouri 2 was looked at as an utterly safe Republican seat, Illinois 12 was a battleground district.”

For now, he said, they have “converged” to leaning GOP.

Kelly took an assertive stance Tuesday, going after Bost’s voting record on key social issues like health care and taxes. Bost leaned heavily on his history and his notes to sway potential voters.