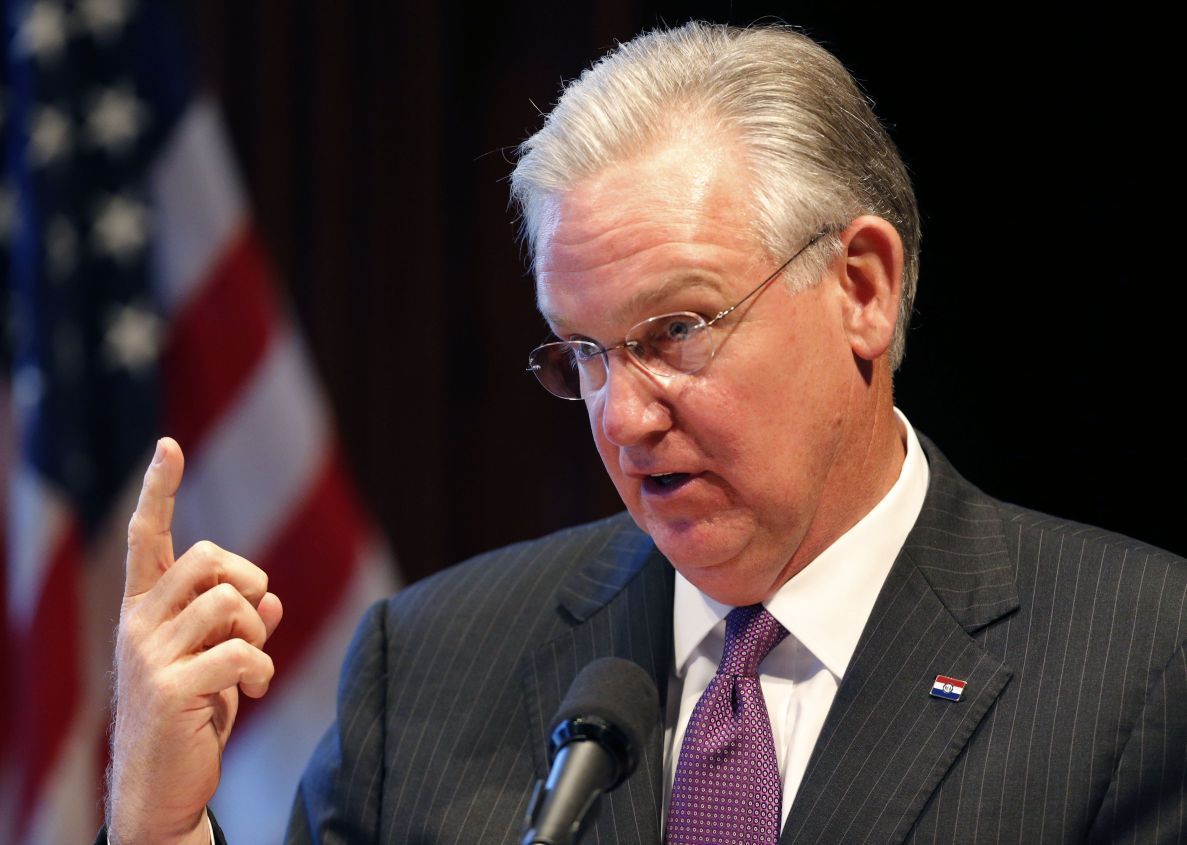 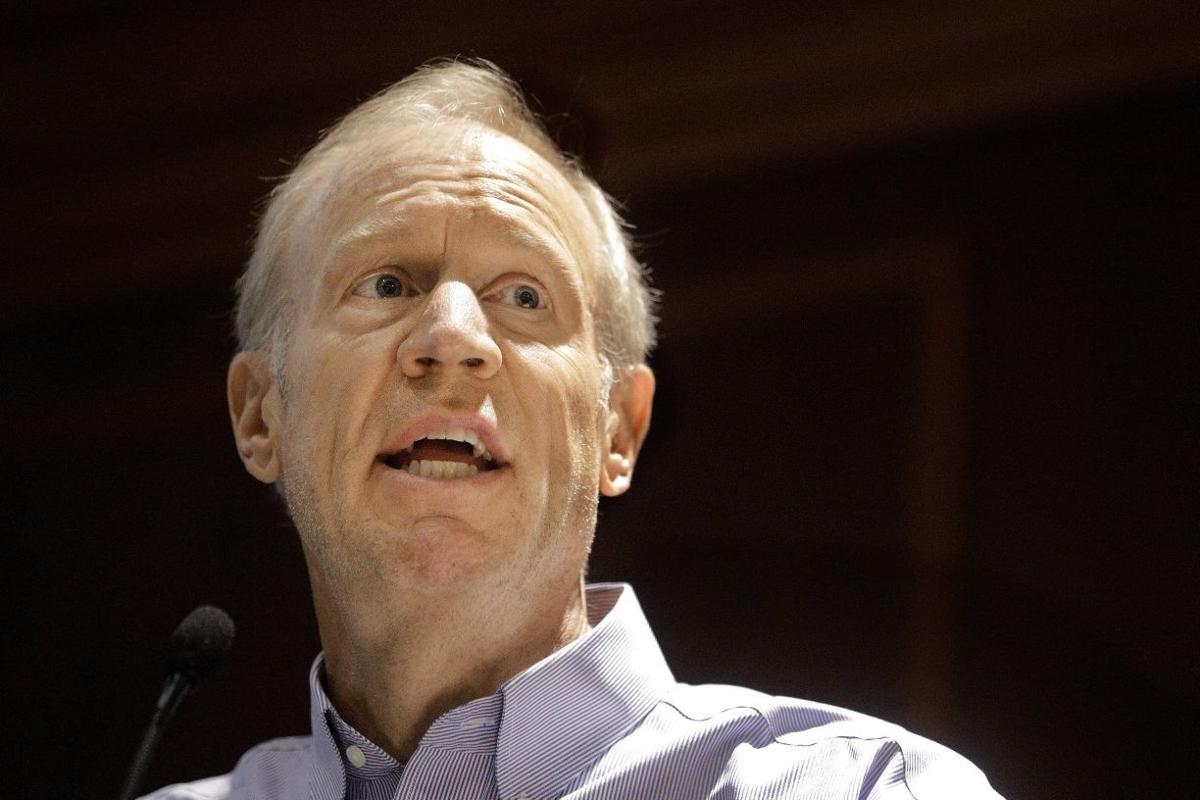 ST. LOUIS • As the leaders of one state after another announced Monday they would attempt to bar Syrian refugees from settling within their borders in the wake of the Paris bombings, Missouri and Illinois fell squarely in line with the clear partisan divide that emerged.

Illinois Gov. Bruce Rauner joined more than a dozen of his fellow Republican governors in declaring that his state will temporarily suspend accepting new Syrian refugees in the name of “safety and security.”

The opposing approaches by the two governors mirrored what was happening in state capitals around the country following Friday night’s horrific attacks in Paris, where Syrian-based Islamic State militants killed at least 132 people in coordinated bombing and shooting attacks.

The attacks have exacerbated an already contentious debate in the U.S. over President Barack Obama’s earlier decision to accept up to 10,000 refugees from the Syrian civil war. The issue has become embroiled in partisan and electoral politics, with Republican critics — including GOP presidential candidates — contending that Syrian terrorists could slip into the U.S. amid those throngs of refugees.

By midday Monday, Rauner had put out a statement to reporters announcing that Illinois would join a growing list of governors declaring — with questionable legal footing — that they would resist attempts to settle Syrian refugees in their states.

“We must find a way to balance our tradition as a state welcoming of refugees while ensuring the safety and security of our citizens,” Rauner said in the statement. “Therefore, the state of Illinois will temporarily suspend accepting new Syrian refugees and consider all of our legal options pending a full review of our country’s acceptance and security processes by the U.S. Department of Homeland Security.”

Missouri Republicans quickly pressed Nixon to close the gates of their state, as well.

“Given the tragic terrorist attacks in Paris, France, this weekend and the threat of additional attacks in the United States, I urge you to refuse to accept any of the Syrian refugees being located in Missouri until the federal government ensures a proper vetting procedure is in place,” Lt. Gov. Peter Kinder, a Republican who is running for governor next year, wrote in a letter to Nixon on Monday.

Similar statements emerged from the camps of GOP gubernatorial candidates Catherine Hanaway and John Brunner, as well as from legislative Republicans.

“I do not ask this out of hatred for the Syrian refugees but out of love more for my fellow citizens,” one of them, state Rep. Rob Vescovo, R-Arnold, wrote in a letter to Nixon.

By late afternoon, according to various media reports, governors of more than 20 states, from South Carolina to Texas to Wisconsin to Arizona, had announced they would either bar refugee settlement to their states or would refuse to assist the federal government in the settlements. All but one — Gov. Maggie Hassan of New Hampshire — are Republicans.

The spate of gubernatorial declarations notwithstanding, it’s unclear how those governors would have the authority to refuse refugee placement within their borders.

“(T)here is no lawful means that permits a state government to dictate immigration policy to the president,” legal expert Ian Millhiser wrote Monday on the liberal advocacy site ThinkProgress, in a piece titled, “No, State Governors Can’t Refuse To Accept Syri an Refugees.”

He and other observers noted Monday that Supreme Court precedence puts foreign policy and immigration under the purview of the federal government, not state governments. Also, the federal Refugee Act of 1980 gives the president wide latitude to determine U.S. refugee policy.

The American Civil Liberties Union’s Immigrants’ Right Project on Monday said the movement among governors “is factually wrong for blaming refugees for the very terror they are fleeing, and it is legally wrong because it violates our laws and the values on which our country was founded.”

St. Louis has a unique place in modern refugee crises, as home to thousands of Bosnians who fled here from the former Yugoslavia in the 1990s. Though only a few dozen Syrian refugees have settled in St. Louis this year, local humanitarian activists and Mayor Francis Slay, a Democrat, have called for openness to more. Slay used Twitter on Monday to repeat his position.

An official of the primary refugee resettlement agency for the St. Louis region argued that there are stark differences between the refugee program in the U.S. and what is going on in Europe, where Syrians “burst forth” into countries without vetting.

The chance of terrorists coming into the U.S. as refugees is “incredibly small,” said Anna Crosslin, president and CEO of International Institute of St. Louis. “To pick on the refugee process make no earthly sense,” she said.

She said there are 13 security hurdles that refugees must go through, including approval from both the Department of Homeland Security and the State Department. If any of those hurdles are not met, the refugee is not admitted, she said.

The International Institute has sponsored 29 Syrian refugees this year, representing eight families. She said they are all doing fairly well. They have enrolled their children in school, gotten jobs and are learning English.

Doug Moore of the Post-Dispatch contributed to this report.

Some governors have ordered state employees to refuse to work with the federal government on resettlement efforts. Others have asked President Barack Obama to stop admitting Syrian refugees altogether.

At least two Republican presidential candidates have gone further: Both Jeb Bush and Ted Cruz initially said the United States should only accept Christian refugees from Syria and close the door on Muslims.

More than 30 governors, including Bruce Rauner of Illinois, say they will bar refugees in wake of Paris attacks.

Area Muslims organize welcome lunch to show their support, but the bus arrived at the mosque without the Syrian families.