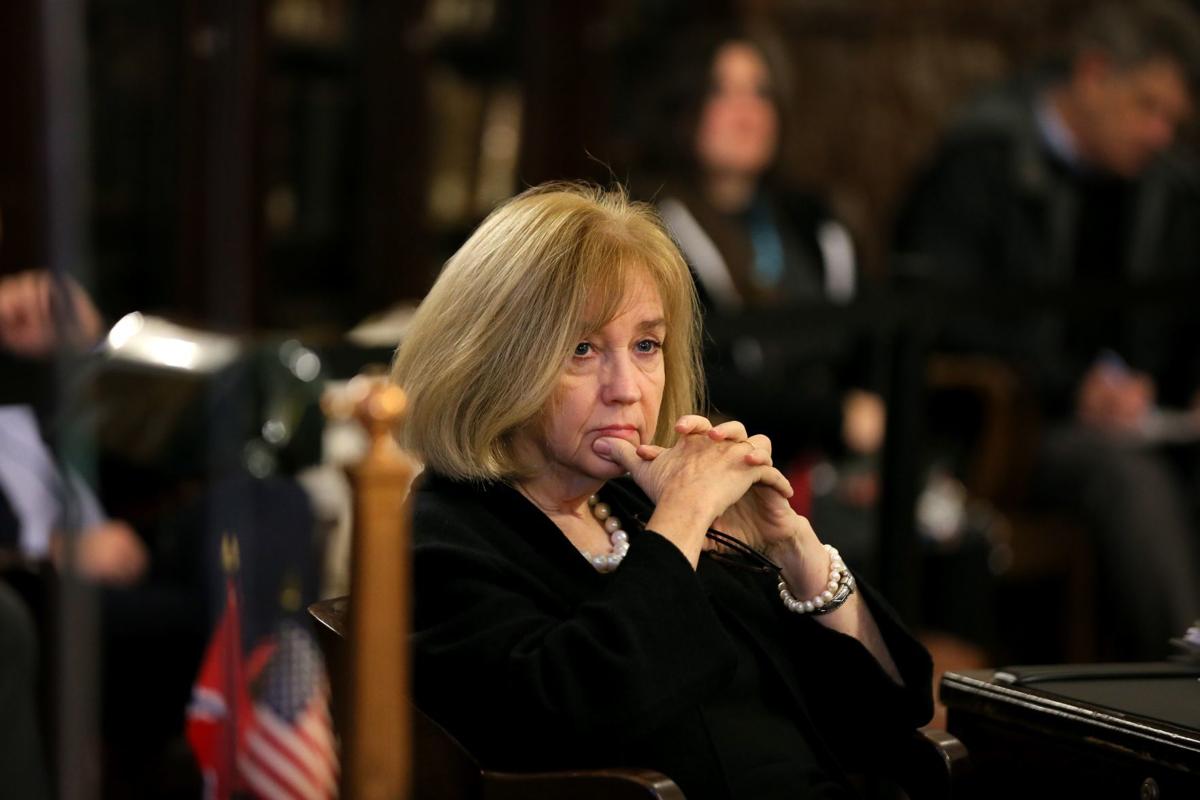 St. Louis Mayor Lyda Krewson listens as the Board of Freeholders begins its first meeting without any city members inside the aldermanic chambers at St. Louis City Hall on Tuesday, Nov. 12, 2019. Board members representing St. Louis County and the state of Missouri held off any substantive discussion. Photo by David Carson, dcarson@post-dispatch.com 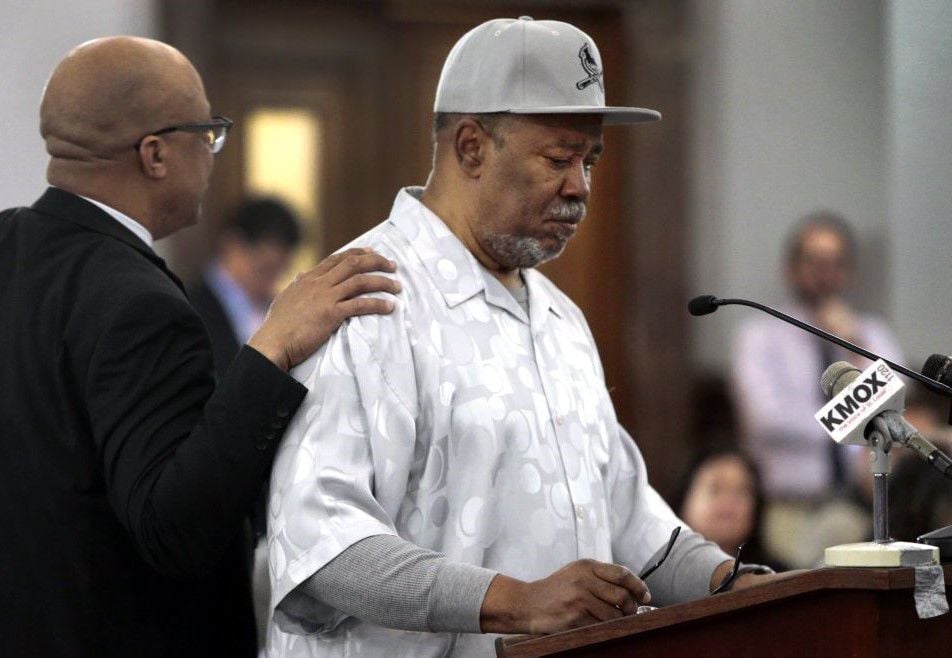 Alderman Sam Moore, D-4th Ward, at a meeting of the personnel and administration committee on Wednesday, Feb. 17, 2016 at City Hall. Photo by Robert Cohen, rcohen@post-dispatch.com 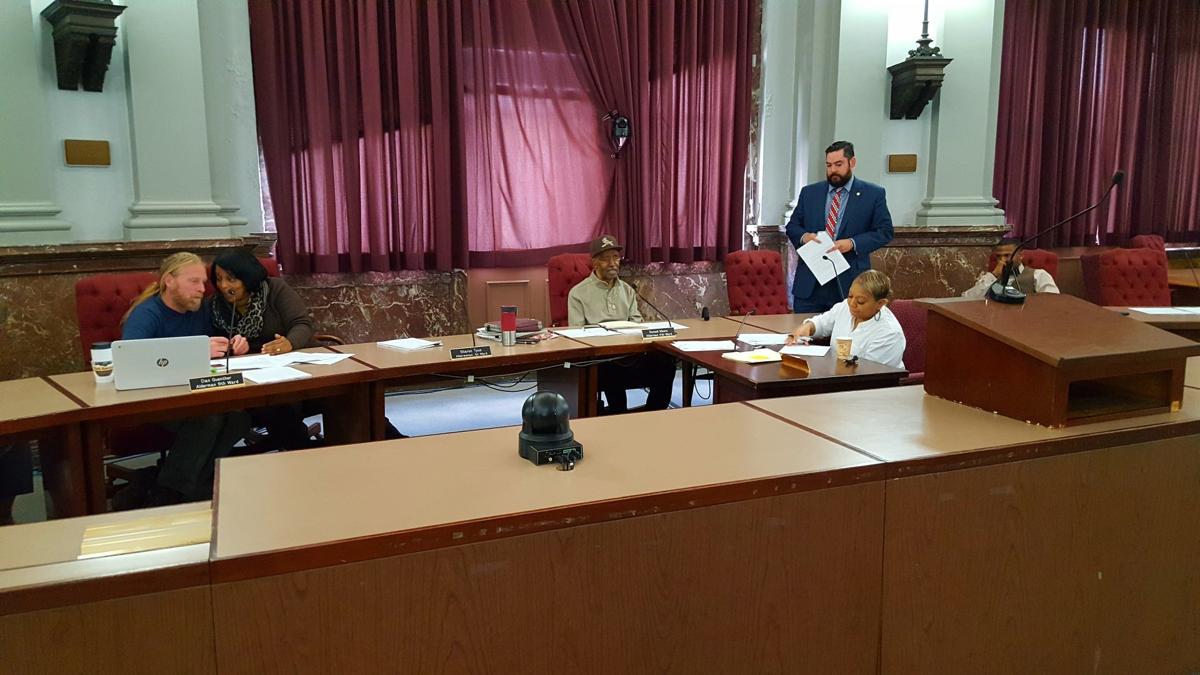 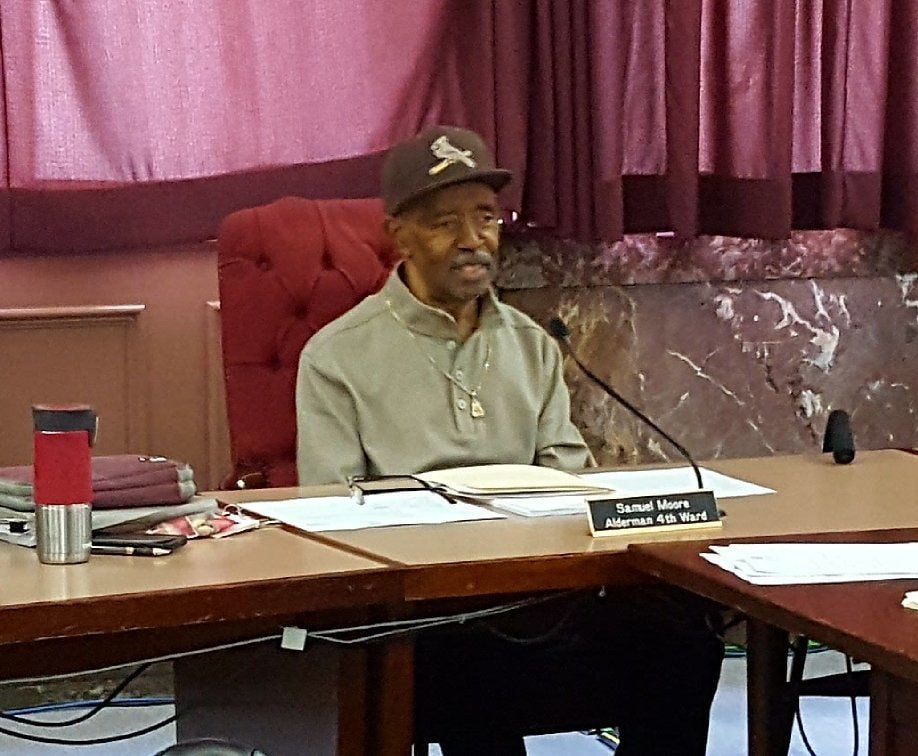 ST. LOUIS — Mayor Lyda Krewson, hoping to end an impasse over who will represent the city on the regional Board of Freeholders, on Tuesday submitted names of four new nominees, but again faced potential opposition from aldermen who complained the choices were not fully representative.

Although the substitute names were recommended to Krewson by the chairman of an aldermanic committee that has held up action on her initial nine-person slate for a month, the panel on Tuesday opted for further delay.

Some Intergovernmental Affairs Committee members complained at a meeting Tuesday that they hadn’t been involved in behind-the-scenes maneuvering among committee chairman Sam Moore, Krewson and Aldermanic President Lewis Reed. They said they wanted more time to consider the new slate.

“We’re having backroom deals that the committee’s not even a part of the conversation,” said Alderman Dan Guenther, D-9th Ward, noting he wasn’t given the list until shortly before the meeting.

Guenther and fellow Alderman Bret Narayan, D-24th Ward — also were upset that one of the original Krewson nominees that would be replaced is LaShana Lewis, the only openly LGBTQ person who had been nominated to serve on the 19-member freeholders board.

If that holds up, they pointed out, there will be no representation for the LGBTQ community on the board, which is to consider changes in the governing structure of the city and St. Louis County.

Moore, D-4th Ward, said he had been polling his committee members in private conversations to reach a consensus although he had been unable to reach Narayan on the latest proposed slate. Reed has been trying to broker a solution to the dispute.

After hearing those and other complaints, Moore said he’d hold off on a vote until Thursday. “I made a mistake and I eat that,” he said.

The four new nominees will be asked to appear then for questioning. If they clear the committee, the full Board of Aldermen could consider them as soon as Friday.

All four new nominees are African American, as were the four on Krewson’s original list. But three of the new ones — French, Evans and Williams — live north of Delmar Boulevard in north St. Louis where most of the city’s black residents live.

That had been a key demand by Moore and the committee vice chairman, Sharon Tyus, D-1st Ward, and some other black aldermen.

On Krewson’s original list of four nominees, only one lived north of Delmar.

Narayan also said he was disappointed that the “conversation regarding these nominees has been so single-handedly about black folks and white folks, north side and south side” and that other groups hadn’t come up.

(There is a Hispanic among County Executive Sam Page’s appointees — Alex Garza, an SSM Health executive whose father is a Mexican American.)

In response, Moore said “this is a very polarized city” between blacks and whites and “the issues have been black and white since I’ve been here” in his nearly 13 years as an alderman.

He also said, “On the north side of St. Louis we don’t have any Asians unless they’re selling rice in the chop suey place.”

That spurred Krewson’s chief of staff, Steve Conway, to tell reporters after the meeting that he was “appalled” and “taken aback” by Moore’s comments.

Moore, when asked later by reporters about his chop suey comment, said he didn’t consider that to be disrespectful to Asian Americans.

“It can be corrected by saying we don’t have any Asians living in the neighborhood,” Moore said. “The ones we see are the ones operating the Chinese restaurants. They come and leave and go about their business; that’s no disrespect to them.”

“The perception is we’ve rejected four black nominees and we have not rejected any whites,” he said. “There were three white nominees we did not agree with” also.

He didn’t elaborate. However, Krewson last month said the committee on Oct. 19 had asked that Eddie Roth, a white lawyer and previously a top aide to former Mayor Francis Slay, be withdrawn, along with Nance, Lewis and Abdullah.

Guenther and Narayan also took issue with a letter sent by Moore and Reed to Krewson on Friday that said the committee was “unable to confirm” Lewis, Abdullah, Nance and Mason. Krewson referred to that in her letter Tuesday on her new nominees.

“It is frustrating to read letters that say that the Intergovernmental Affairs Committee took action when I did not vote one way or another on any action,” Narayan said.

French, one of the new freeholder picks, was the 21st Ward alderman when he ran unsuccessfully for mayor in 2017, losing in the Democratic primary to Krewson. He now is owner and publisher of the NorthSider and SouthSider newspapers.

Williams is a close ally of Tyus. Evans is the committeewoman from the ward that Moore, the aldermanic committee chairman, represents.

The Board of Freeholders has already met, but without any representatives from St. Louis. The board has nine members from the county and one named by Gov. Mike Parson.

Lewis Reed: “It never does any good to relish in the failures or the missteps of the city or the county if you are an elected official.”

Mayor agrees to change 4 of her 9 freeholders picks; new names yet to be announced

The committee met briefly Thursday afternoon and narrowly rejected the chairman's move to bring up for a vote a compromise slate of nominees from Mayor Lyda Krewson. The panel will meet again before Friday's meeting of the full Board of Aldermen.

St. Louis Mayor Lyda Krewson listens as the Board of Freeholders begins its first meeting without any city members inside the aldermanic chambers at St. Louis City Hall on Tuesday, Nov. 12, 2019. Board members representing St. Louis County and the state of Missouri held off any substantive discussion. Photo by David Carson, dcarson@post-dispatch.com

Alderman Sam Moore, D-4th Ward, at a meeting of the personnel and administration committee on Wednesday, Feb. 17, 2016 at City Hall. Photo by Robert Cohen, rcohen@post-dispatch.com