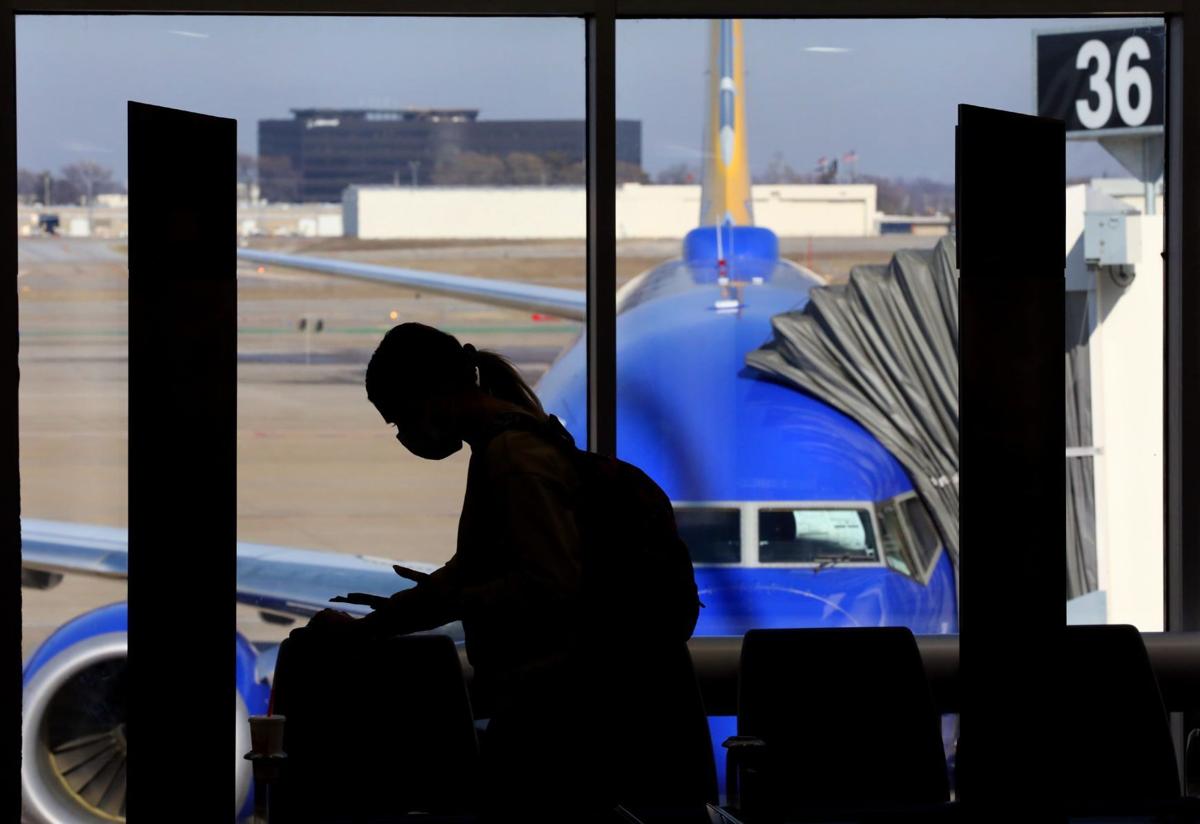 A Southwest Airlines passenger prepares to board a flight to Los Angeles from Gate 36, part of the expanded gate area of Terminal 2 at St. Louis Lambert International Airport on Wednesday, Feb. 3, 2021. Photo by Robert Cohen, rcohen@post-dispatch.com 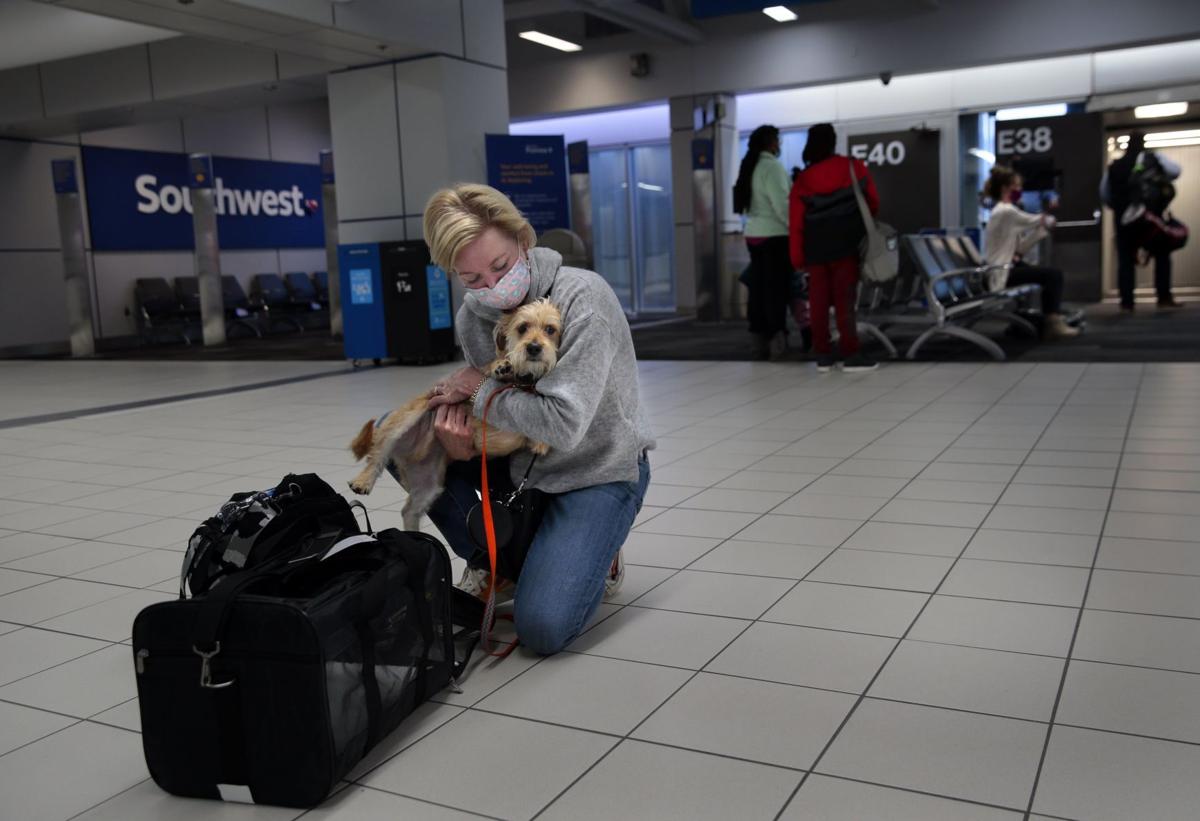 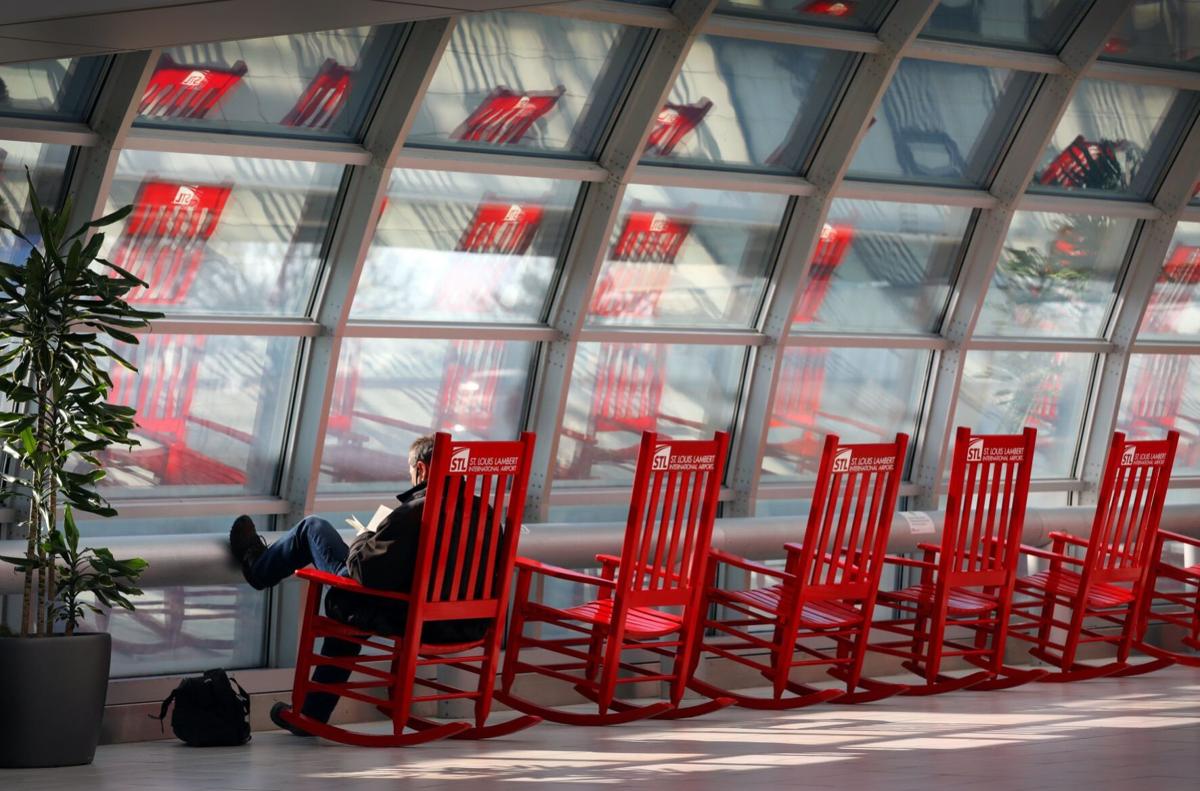 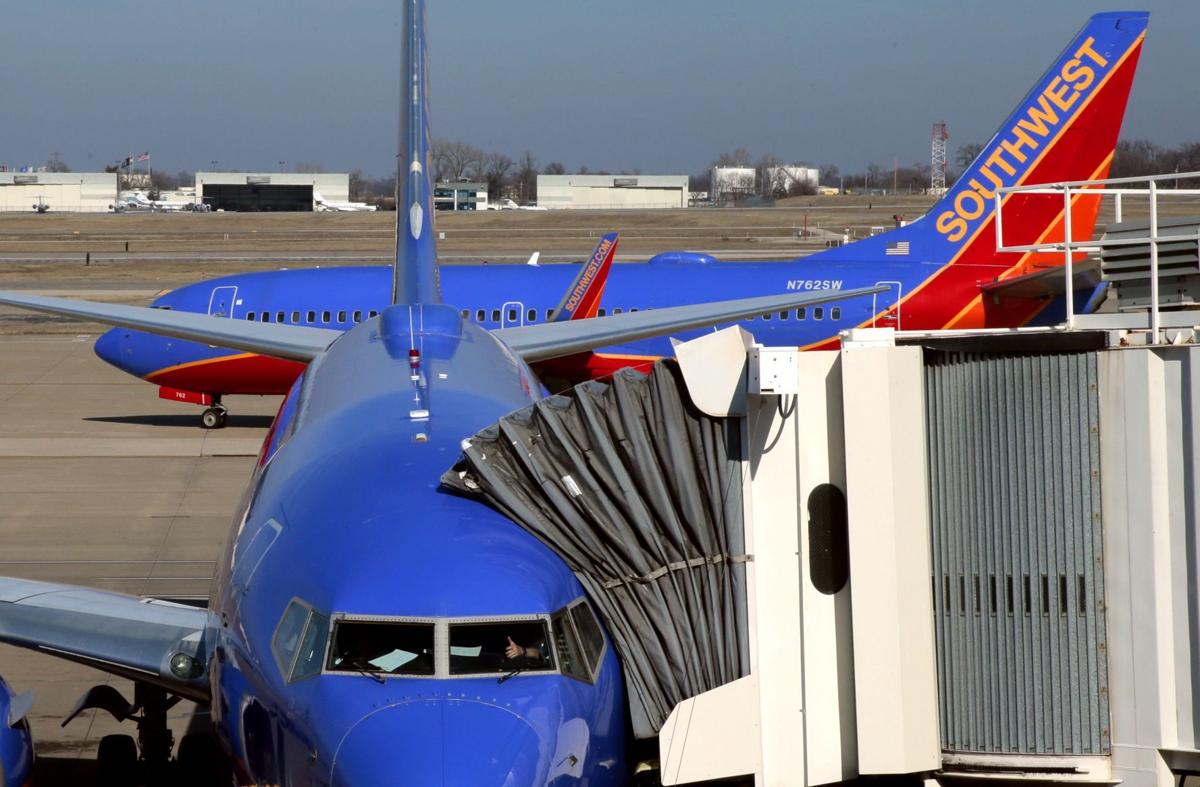 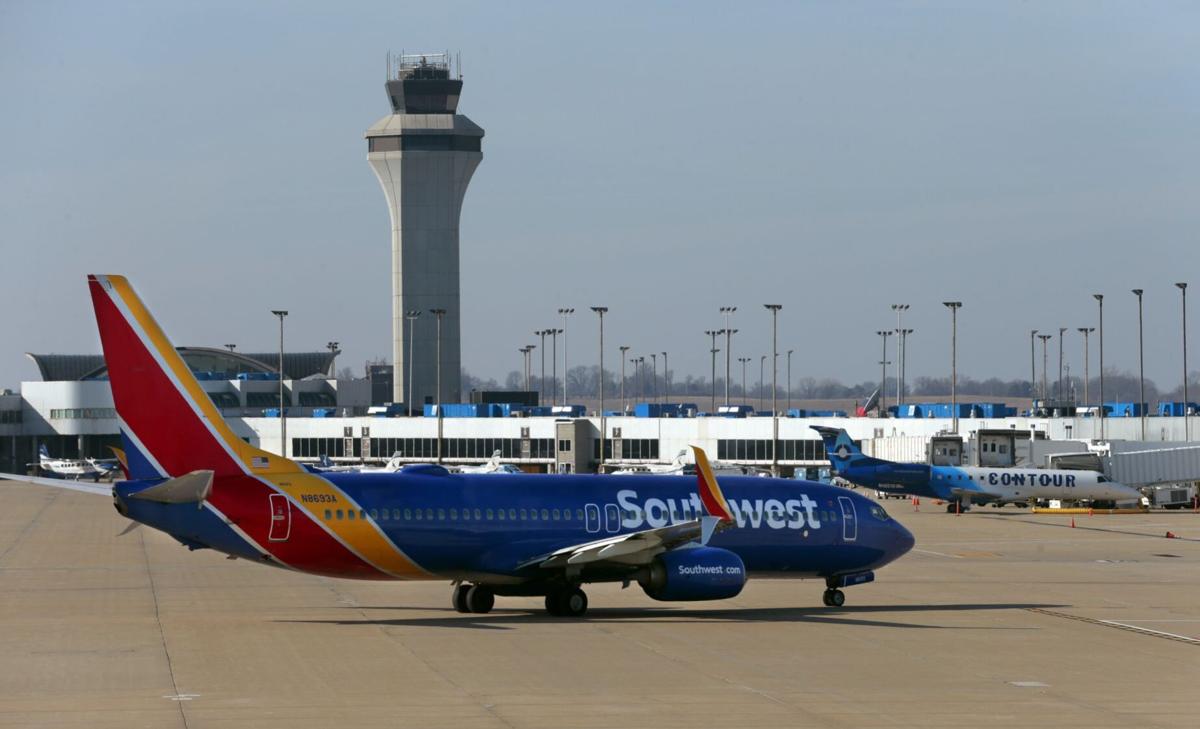 But a report issued Wednesday by Lambert said before the coronavirus hit, the airport was achieving many of the operational and financial goals in its plan.

Among the pre-pandemic high points: Total annual passengers increased by 26% between the 2015 and 2019 fiscal years, although the pandemic-ravaged total for the 2020 fiscal year ending last July tumbled below the 2015 figure.

Meanwhile, boardings of connecting passengers routed through Lambert more than doubled from 2015 to 2019, mostly through the airport’s dominant carrier, Southwest Airlines.

Airport Director Rhonda Hamm-Niebruegge said she expects that those pre-2020 upward trends in passenger and flight counts and other areas will resume once the airline industry and the overall economy emerge from the pandemic.

“Because we were in a strong position going into this, we are positioned to come out on the back side stronger,” Hamm-Niebruegge said in a telephone interview. She acknowledged, however, that no one knows for sure.

From last March, when the pandemic hit the United States full force, through December, Lambert’s passenger total declined more than 70% from the same period in 2019. That’s according to month-by-month statistics on the airport’s website.

April and May had the two biggest declines, with passenger totals down 96% and 90%, respectively, from those months a year earlier. Since then, traffic has picked up although it’s still far below pre-pandemic levels.

One goal of the strategic plan, Hamm-Niebruegge said, was to reduce the cost per enplaned passenger borne by airlines.

She said the measurement, which includes landing fees, terminal rental charges and some other costs, helps airlines determine whether to add flights to a city and to help to pay for improvements.

“It opens the door to do more things” in the future, she said.

She said although the pandemic slowdown spurred Lambert’s figure to go back up to an estimated $11.44 by last July, financial models indicate that the number should come down again as the airline business picks up generally.

Hamm-Niebruegge said the report also notes that Lambert has been more aggressive in paying down its debt in recent years.

Getting an immediate payoff of the airport debt was part of the goal of a plan to lease Lambert’s operations to private companies, which St. Louis officials considered on and off for more than three years. The issue was put on the political back burner last September.

Also receding into the background last year was a short-lived alternative effort to put governance and funding of the city-owned airport under regional control.

The report issued Wednesday also noted that the airport had increased its number of nonstop flight destinations from 66 in 2015 to 75 last year, more than the five-year plan’s goal of 70. Now it’s down to 70, following pandemic-related cutbacks by airlines.

Meanwhile, the report said Lambert didn’t meet its goal of a 14% boost in the number of nonstop flights to the 40 top American markets, increasing that by 3% during the period.

But it said the number of available seats on flights to those cities jumped by 11%. Lambert officials said Wednesday they didn’t have a similar current statistic.

Another bright spot was cargo flights, with the airport reporting a 33.5% increase in tonnage carried from 2015 to 2020. Moreover, cargo activity has continued to increase during the pandemic, with increases in flights most months last year when compared with the same month in 2019.

The report said Lambert also succeeded in boosting its nonaeronautical revenue, including fees on ride-hailing firms and opening up new restaurants in terminals.

The report also cites some strides in developing unused land owned by Lambert, including a $90 million modernization of fuel storage facilities and an Ameren Missouri solar power center.

Hamm-Niebruegge said more needs to be done to develop the area around the airport. She said Lambert was able to get U.S. Department of Agriculture approval to ship animals overseas, such as a shipment of breeding pigs to Brazil in November.

However, she said Lambert is reassessing the five-year plan's call for a dual U.S.-Mexico customs facility capable of clearing goods to and from that country.

An agreement with a company to develop an international freight terminal at Lambert in connection with such a facility was canceled and the developer then sued the airport in 2019.

Editor's note: An incorrect description of data on connecting flights was included in an earlier version of this article.

A Southwest Airlines passenger prepares to board a flight to Los Angeles from Gate 36, part of the expanded gate area of Terminal 2 at St. Louis Lambert International Airport on Wednesday, Feb. 3, 2021. Photo by Robert Cohen, rcohen@post-dispatch.com