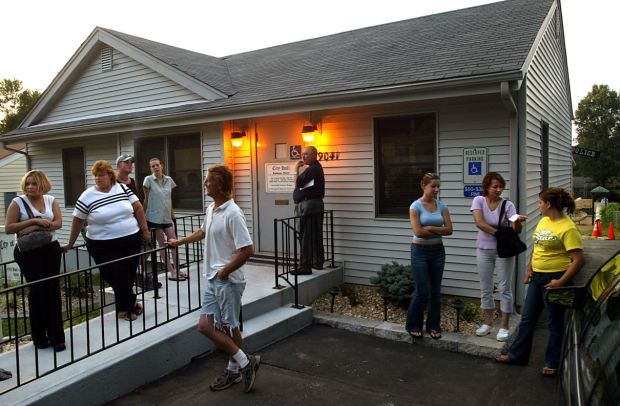 Motorists stand outside St. George's City Hall waiting for their turn at hearings during traffic court on Aug. 12, 2003. The small department wrote so many traffic tickets, that the crowd was forced to wait outside the court for their hearings. The city later dissolved. Photo by Andrew Cutraro of the Post-Dispatch 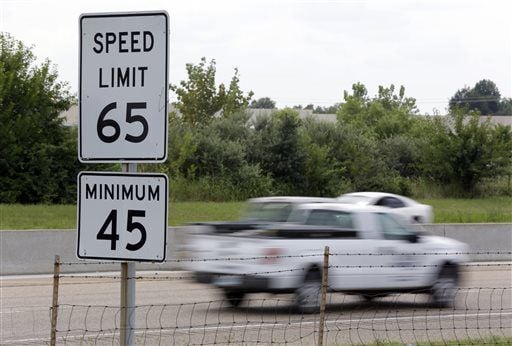 JEFFERSON CITY • Missouri motorists soon could see fewer speed traps, in an effort to ease concerns that police are being pressured to write traffic tickets.

As part of an ongoing legislative push to address municipal laws in the aftermath of the 2014 protests in Ferguson, state lawmakers have approved a plan to bar law enforcement agencies from setting quotas for traffic citations.

The measure, which was passed in May and awaits Gov. Jay Nixon’s signature, is similar to efforts under way in South Carolina, as well as initiatives debated in Florida and Arizona last year.

Sen. Eric Schmitt, R-Glendale, who is running for state treasurer, called ticket quotas “offensive” and said he sponsored the proposal because some local officials were imposing them on rank-and-file police officers as a way to pad city budgets.

The mayor of Edmundson, a small municipality near Lambert-St. Louis International Airport, was heavily criticized last year after he sent a letter to police officers on his force suggesting they start writing more tickets in order to help pay for their salaries. Mayor John Gwaltney later said he was only being critical of officers who had been “slumping off.”

Under current law, St. Louis County is the only jurisdiction within Missouri with restrictions on traffic citation quotas. The legislation would expand the restriction to all law enforcement agencies in the state.

Mayors and other city officials could face a Class A misdemeanor if they ordered an employee to issue a certain number of traffic citations.

“We don’t have a quota — period,” Moeller said. “I don’t think there’s a need for it here, but other people might think differently and that’s their own opinion.”

The legislation faced little opposition, including from the Missouri Police Chiefs Association.

That wasn’t the case in Illinois two years ago, when the police chiefs unsuccessfully attempted to persuade then-Gov. Pat Quinn to veto a similar measure. They argued that they might need to use quotas to help gauge the performance of a police officer.

Just as the shooting death of Michael Brown in Ferguson sparked an effort to reform municipal laws in Missouri, the shooting of Walter Scott spurred the ticket quota ban in South Carolina.

Scott was killed as he attempted to run away from a North Charleston police officer after being stopped for a broken brake light. The officer’s attorney said the fatal shooting would not have occurred if he hadn’t been under orders to pull over at least three drivers a day.

Nixon, who is traveling in Cuba, has not indicated whether he supports the proposal.

The legislation is Senate Bill 765.

Ashley Jost, of the Post-Dispatch, contributed to this report.

Motorists stand outside St. George's City Hall waiting for their turn at hearings during traffic court on Aug. 12, 2003. The small department wrote so many traffic tickets, that the crowd was forced to wait outside the court for their hearings. The city later dissolved. Photo by Andrew Cutraro of the Post-Dispatch