FERGUSON — A long-awaited overhaul of a congested stretch of Interstate 270 in north St. Louis County took a major step forward Wednesday with the selection of contractors to do most of the $278 million project.

The work, expected to begin next spring and run through 2023, will improve an 8-mile stretch of the interstate between North Lindbergh Boulevard in Hazelwood and Highway 367 in Bellefontaine Neighbors.

“This is the largest project for a decade in the state of Missouri,” said Patrick McKenna, director of the Missouri Department of Transportation.

The plan calls for adding a new eastbound lane and new westbound lane along that stretch, increasing the total to four or five on each side depending on the segment involved.

Eight interchanges will be rebuilt, 12 bridges on and over the highway replaced and seven new bridges constructed.

In another major change, the north and south outer roads — officially known as Dunn and Pershall roads — will be converted from two-way to one-way between Hanley/Graham roads and Old Halls Ferry Road.

“By doing that, we’re able to eliminate all of the at-grade crossover slip ramps that you see along Dunn,” MoDOT project director Justin Wolf said.

Also to be phased out, he said, are exits where people going eastbound on Dunn have to stop and yield to cars coming off the highway.

The winning plan also calls for accommodating pedestrians and bicyclists by creating shared-use paths alongside Dunn and Pershall. The Dunn path will be from Lindbergh to Breezy Point Lane and the Pershall path from Hanley/Graham to Old Halls Ferry.

While construction is underway, Wolf said, the winning contracting team has committed to keeping three lanes open on each side of the highway during peak traffic times.

Wolf said the stretch is the most heavily congested segment of 270 between Interstate 70 and the Mississippi River and also “where we have a lot of the safety issues and crashes.”

MoDOT said both sides of 270 have higher than average rates of crashes and severe crashes, with eastbound lanes showing an average crash rate 30% higher than the statewide average for interstates.

The affected stretch of 270, built in the 1960s, handles 140,000 vehicles a day, of which 18% are heavy trucks. That underscores the highway’s role as a major pathway for freight both through and inside the metro area.

State and local officials have been studying improving a longer corridor of 270 between Interstate 70 and near the Chain of Rocks Bridge for at least five years.

But MoDOT has enough money in the next few years only to improve the stretch between Lindbergh and 367. About $400 million more is needed to deal with the rest of the corridor, the East-West Gateway Council of Governments said.

To get the most for the funds available, MoDOT used the “design-build” method. Under that approach, the agency sets a project’s goals and budget, and the team that best meets those is picked to craft the design and schedule in one contract.

In this case, companies seeking the contract were told to come up with a plan costing $246 million.

We did it! We are officially the winners of the I-270 North Design-Build Project.
Millstone Weber is so proud to be partnering with @MoDOT and Parsons during these next four years. Let's get to work!
Check out the MoDOT website to read more.https://t.co/o4t90IubkF pic.twitter.com/8J3gmk8kjJ

The Millstone Weber/Parsons Transportation team was chosen by MoDOT’s staff over a rival proposal from a team led by locally based KCI Construction and Clarkson Construction of Kansas City.

The highway commission on Wednesday gave MoDOT’s staff the authority to negotiate the final details of the $246 million contract with the Millstone-Parsons team.

The commission underscored its interest in the project by holding its regular monthly meeting just south of 270 at the Florissant Valley campus of St. Louis Community College.

The remainder of the $278 million total cost includes preliminary engineering, construction inspection, right-of-way and utility expenses, and a $750,000 fee to the losing contractor team to cover their costs preparing the proposal.

Editor’s note: 270 meets Lindbergh in Hazelwood. An earlier version of this story named the wrong municipality.

Man dies in early morning crash on I-270

The victim, Artis A. Cross, hit the back of a stopped semi-truck on I-270.

Along for the Ride: Big changes under consideration for I-270 corridor in North County

One idea is that Dunn Road would be a westbound one-way between Hanley and Old Halls Ferry roads, with Pershall Road running east. 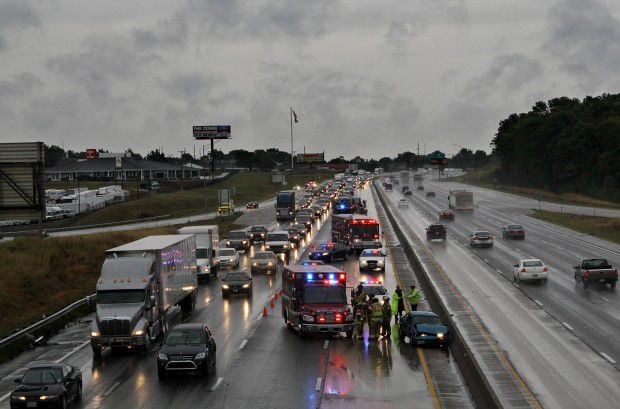 FILE PHOTO: Hazelwood Firefighters work an accident on southbound I-270 at McDonnell Boulevard on Sept. 14, 2011 Heavy rain had left water on the freeway. J.B. Forbes jforbes@post-dispatch.com 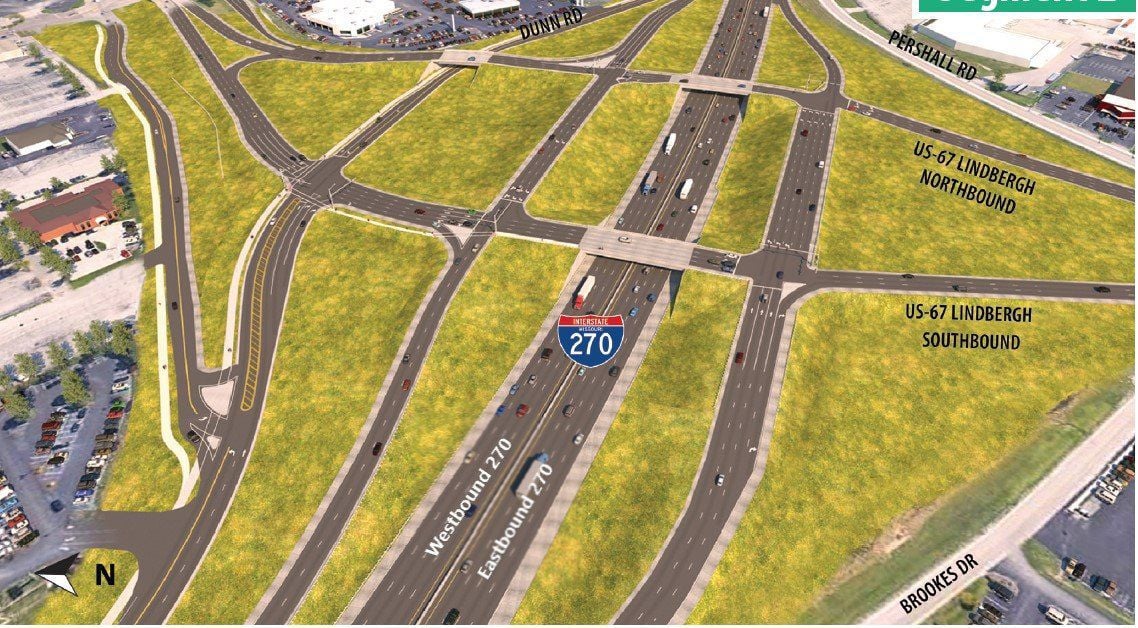 A diagram of the planned overhaul of the Interstate 270 interchange at North Lindbergh Boulevard, released Nov. 6, 2019, by the Missouri Department of Transportation. 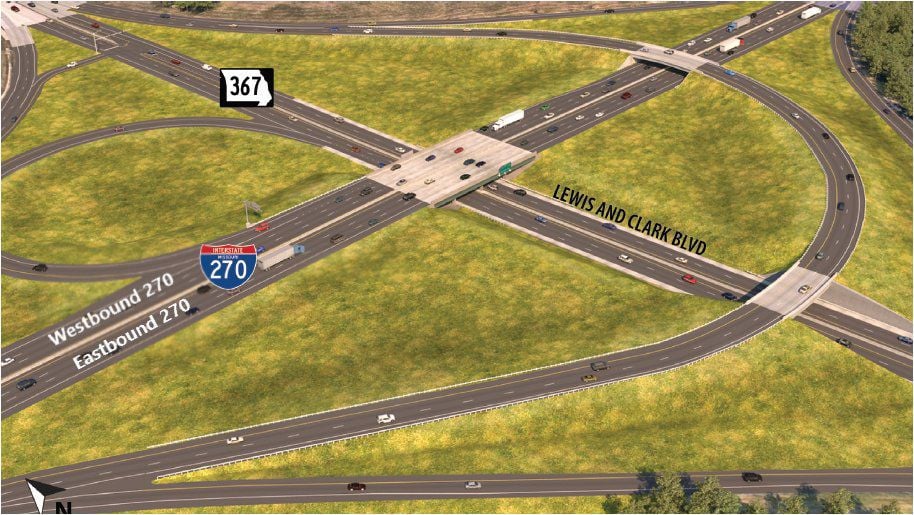 A diagram of the planned new interchange at Interstate 270 and Highway 367, released Nov. 6, 2019, by the Missouri Department of Transportation.