ST. LOUIS • Mayoral candidate Jimmie Matthews and 25th Ward Alderman Shane Cohn got into a brief but tense exchange Friday at City Hall. They were arguing over campaign signs.

It is illegal for anyone to place advertisements or campaign signs in public right-of-ways. However, a Streets Department spokesperson said there's no real enforcement other than city workers removing the signs.

After trading words, Cohn and Matthews went their separate ways.

But Matthews was still heated for several minutes after the exchange and asked a reporter to question Cohn about his conduct.

Off the top of his head, Cohn estimates he's picked up and thrown away at least five of Matthews' signs.

“I've taken them down at a public school and on a vacant lot,” Cohn added. “My neighbors have called me about them. It's litter.”

Predictably, Matthews didn't appreciate hearing that his signs were being thrown away. He estimates they cost as much as $10 each.

“And don't forget my time and effort and the gas I use to put them out,” he said. “If I'm violating the law, call the police on me, but don't just take matters into your own hands. Stay out of my business.”

He concluded with this: “If I wasn't a man of God, I would have been kicking some butt up there.” 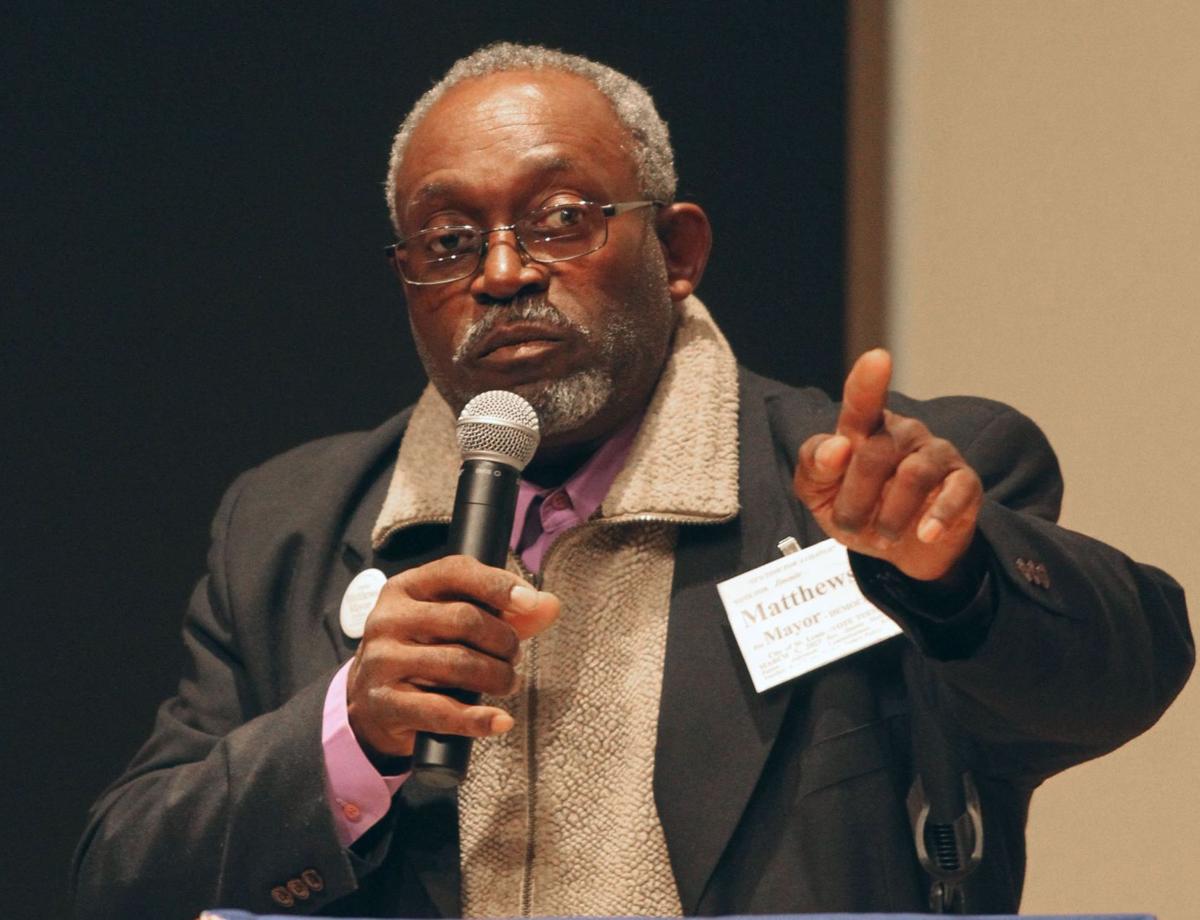 Candidate Jimmie Matthews comments during the first debate of the mayoral campaign Tuesday Jan. 29, 2013, at the Central Library Auditorium in St. Louis. The Mayoral Candidate Forum was presented in partnership with the League of Women Voters, the St. Louis Public Library, and Community Builders Network. Photo by Laurie Skrivan, lskrivan@post-dispatch.com