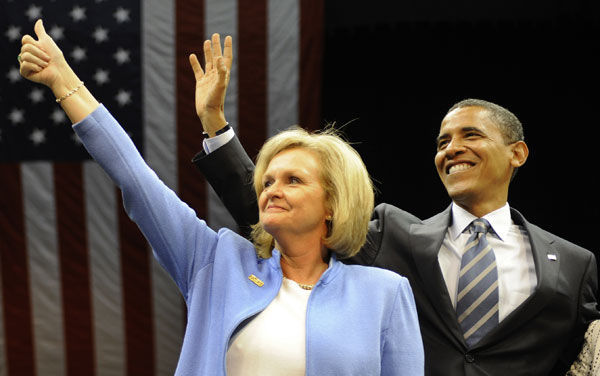 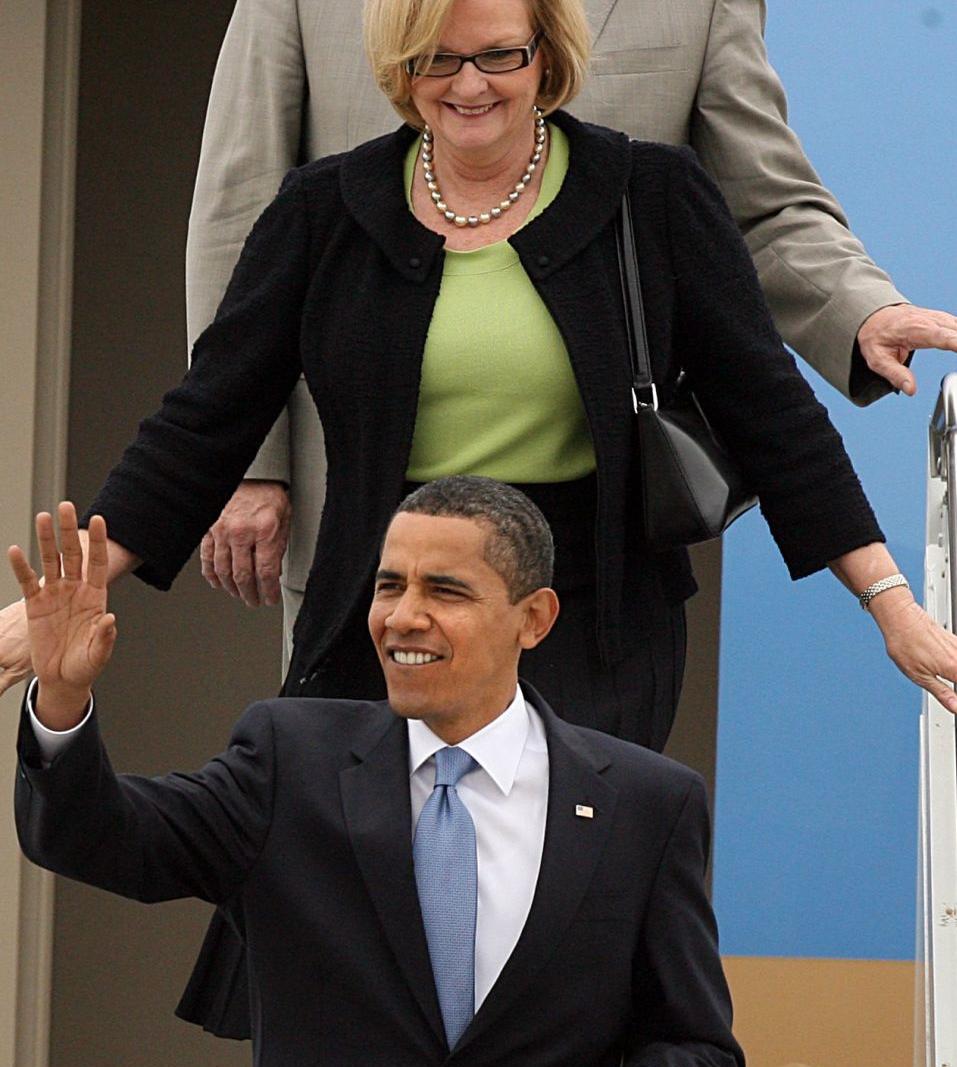 WASHINGTON • Former President Barack Obama, who has been emerging from his post-presidency to advocate for fellow Democrats, will raise money for Missouri’s Sen. Claire McCaskill in Beverly Hills in early May.

The news of Obama’s appearance, the first fundraiser he will do for an individual candidate this election season, set off a harsh exchange in Missouri over who is the authentic populist in the Show-Me state’s prospective 2018 Senate campaign, one of the most-watched in the country.

McCaskill called Attorney General Josh Hawley, favored to be her Republican opponent in November, a “fake populist ... with an Ivy League education.”

A spokeswoman for Hawley responded that McCaskill “sold Missouri’s vote to Hollywood.”

Politico reported that the invitation to the May 6 event says it will be hosted by “the actress Katie McGrath, film studio executive Jeffrey Katzenberg, filmmaker Steven Spielberg and other Los Angeles-area heavyweights.”

McCaskill told the Post-Dispatch that she believes the fundraiser also would raise money for the Democratic Senatorial Campaign Committee.

The Missouri Democratic party did not respond to questions about whether it, too, would receive donations from the Beverly Hills event.

Republicans immediately jumped on the news, trying to frame it as McCaskill raising money with an ex-president who never won Missouri, while taking money from Hollywood for a campaign in which she’s portraying herself as a centrist Missourian.

“Question for every red-state Democrat today: ‘Will they welcome Obama to their states and remind folks that they voted for his disastrous policies?’” said Katie Martin, a spokeswoman for the National Republican Senatorial Committee.

She said that Obama was “extremely unpopular in Trump Country.”

McCaskill delivered brief remarks to union members at the state Capitol on Wednesday in which she urged voters to vote down a “right to work” law at the ballot box this year.

Afterward, asked about whether the fundraiser in California put her out of sync with Missouri voters, McCaskill said that Hawley also was having out-of-state fundraisers.

“No, it’s basically based on the (former) president’s schedule,” she said of the Beverly Hills event. “I think Mr. Hawley’s going to be — he’s already raising money all over the country. It’s what happens when you run for the United States Senate. He understands that.”

In her speech in Jefferson City, McCaskill told union members that GOP attempts to brand her an elitist were “B.S.”

“As you listen over the coming months, when they actually try to sell this B.S. that I’m an elitist and this guy is a populist, call ’em out,” McCaskill said, to cheers. “Call ’em out.”

“A fake populist is a guy with an Ivy league education that rides into office on the back of one of the richest men in Missouri, who has made it his life’s work to destroy labor unions,” McCaskill said.

Asked to respond, Hawley spokeswoman Kelli Ford said McCaskill “has sold Missouri’s vote to Hollywood and she’s taking Barack Obama out there with her to pick up the cash.”

Ford added: “Only an arrogant liberal who thinks Missourians are backward and stupid would go get a boatload of money in Beverly Hills while accusing her opponent of being an elitist.”

The “backward” comment was a reference to Hillary Clinton’s recent description of the states that voted for President Donald Trump in 2016. McCaskill, a Clinton surrogate in 2016, has tried to distance herself from those remarks.

McCaskill told NBC News this week that “for those of us that are in states that Trump won, we would really appreciate if she [Clinton] would be more careful and show respect to every American voter and not just the ones who voted for her.”

Since leaving the White House, Obama has raised money for national Democratic Party committees and for a group focusing on congressional redistricting that he has formed with former Attorney General Eric Holder. But McCaskill is the first individual candidate he is raising money for this cycle, an Obama aide confirmed.

Obama lost to Republican John McCain in Missouri in 2008, 49.4 percent to 49.2 percent; it was one of the closest elections in the state that year. Obama lost the Show-Me state to Mitt Romney by more than 9 percentage points in 2012.

According to a donor database compiled by the Center for Responsive Politics, Spielberg and Katzenberg are longtime Democratic donors, giving hundreds of thousands of dollars over more than two decades to Democratic politicians, committees, and state parties. Some of Katzenberg’s biggest political beneficiaries have been former Rep. Dick Gephardt, D-St. Louis, and current Sen. Dick Durbin, D-Ill.

McCaskill '100 percent in favor' of minimum wage question; Hawley 'not so sure'

Even so, Josh Hawley said on Thursday workers "probably" deserve a raise. In 1995, a 15-year-old Hawley said the minimum wage acted as a "straightjacket" on the free market.

What do baseball and politics have in common?  A lot more than your stance on the designated hitter, according to Post-Dispatch Washington cor…