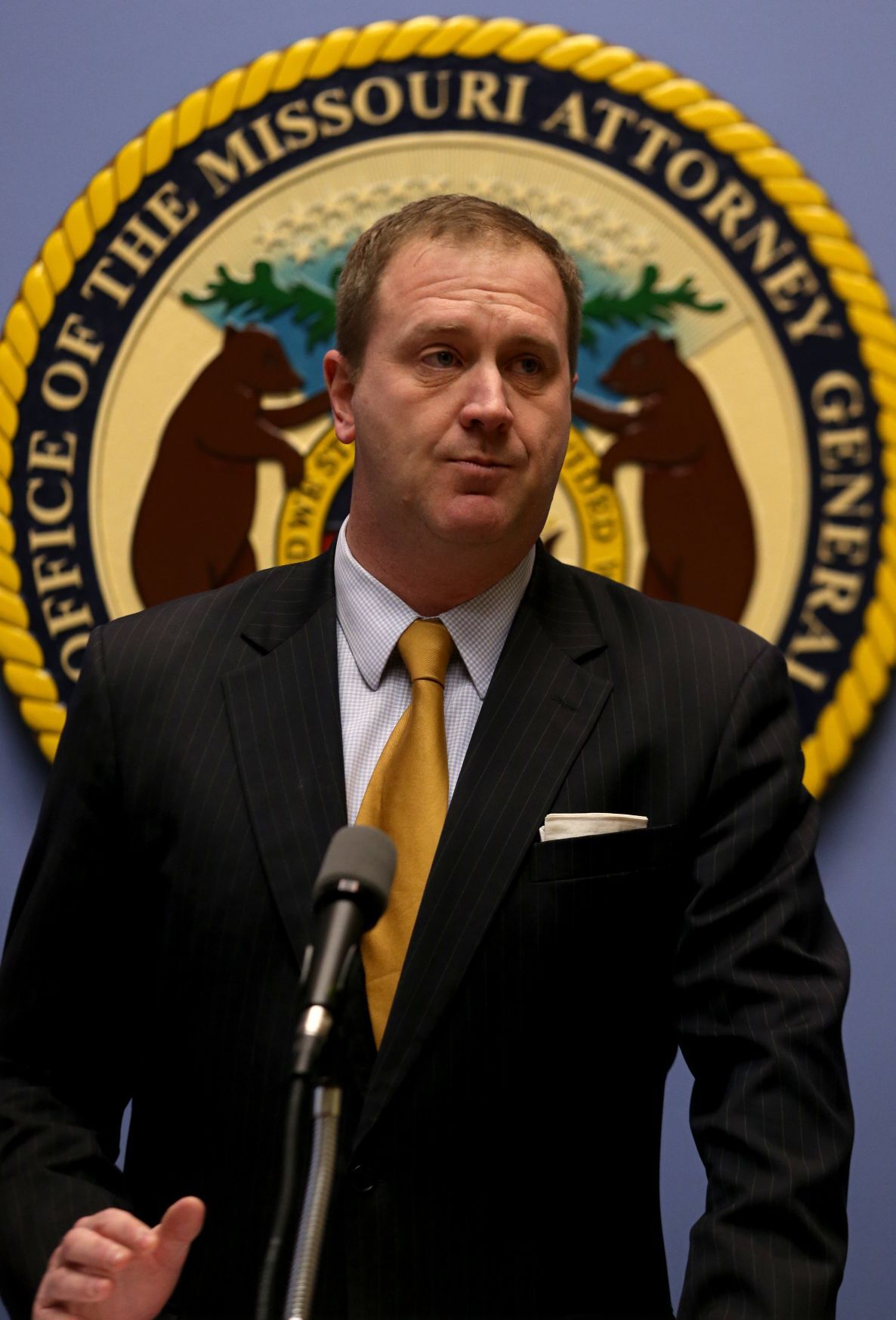 Missouri Attorney General Eric Schmitt speaks on Tuesday, Jan. 22, 2019, at a news conference at his downtown office to announce a new effort in conjunction the U.S. Attorney's office to combat crime in the city of St. Louis. Photo by Christian Gooden, cgooden@post-dispatch.com 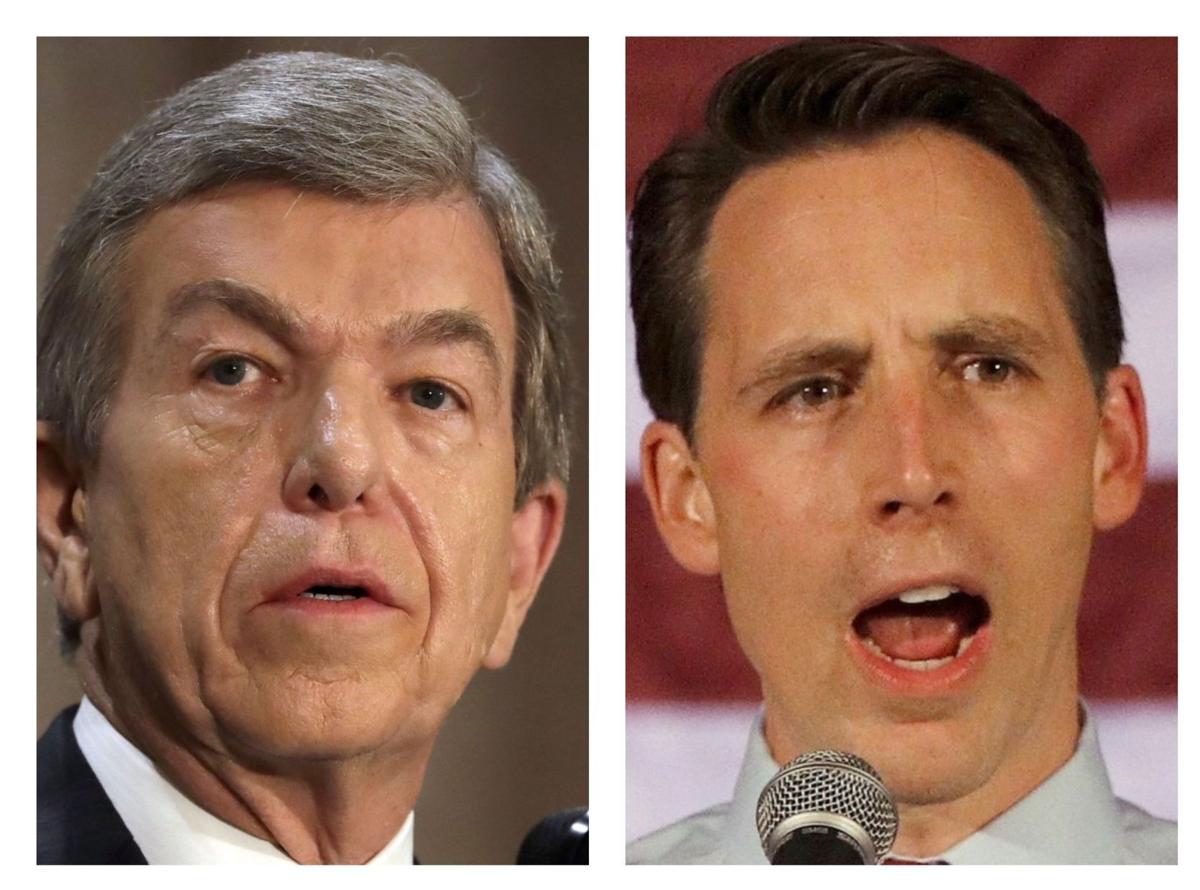 The lawsuit by the Pennsylvania Republican Party protests the state Supreme Court’s decision to allow mail-in ballots three additional days to arrive, arguing the extension violates federal law and the U.S. Constitution. The U.S. Supreme Court already turned away one GOP bid to quickly block the extension before the election, but the GOP has petitioned for a second review.

A spokesman for Schmitt’s office on Sunday confirmed the attorney general has joined the Republican Association of Attorneys General in filing an amicus brief, or legal argument that can be filed by someone who isn’t a party in the case, but has an interest in the outcome. Schmitt’s spokesman would not release more details.

The association, which is chaired by Louisiana Attorney General Jeff Landry, said in a statement that it would announce the brief in a press conference Monday including Schmitt and attorneys general from Oklahoma and Kentucky.

“The Republican AGs are already stepping up to the frontlines as ‘America’s insurance policy’ against the possibility of a Biden-Harris Administration and their liberal extremist agenda,” the Association wrote in a news release.

The lawsuit is among a flurry of legal actions in several battleground states filed by Republicans and President Donald Trump’s campaign to challenge a vote count — despite no evidence of widespread vote fraud — declaring Democrat Joe Biden the next president of the U.S. Many involve changes to normal procedures because of the coronavirus pandemic, which has killed more than 230,000 people in the U.S. and infected more than 9 million.

Biden on Saturday crossed the winning threshold of 270 Electoral College votes with a win in Pennsylvania, after more than three days of uncertainty as election officials sorted through a surge of about 3 million mail-in votes that delayed processing. Under state law, elections officials were not allowed to process mail-in ballots until Election Day. The majority of mail-in ballots are being cast by Democrats, according to state data.

Trump however, has refused to concede, threatening further legal action on ballot counting. Trump has pointed to delays in processing the vote in some states to allege, with no evidence, that there was fraud.

Schmitt, whom Gov. Mike Parson chose as attorney general in 2018 following Josh Hawley’s election to the U.S. Senate, was elected to a four-year term on Tuesday after defeating Democratic opponent Rich Finneran.

Meanwhile, Republican U.S. Senators from Missouri, Roy Blunt and Josh Hawley, have not acknowledged Biden’s victory and argued that legal challenges needed to play out in court before a winner would be declared.

“The media do not get to determine who the president is,” Hawley said Saturday in a Tweet after the Associated Press projected Biden won the election. “The people do. When all lawful votes have been counted, recounts finished, and allegations of fraud addressed, we will know who the winner is.”

The media do not get to determine who the president is. The people do. When all lawful votes have been counted, recounts finished, and allegations of fraud addressed, we will know who the winner is

“There is a process here that we need to go through,” Blunt said in a television appearance on ABC news Sunday. “You know, actually, the media can project but the media doesn’t get to decide who the winner is.”

“There is a canvassing process. That needs to happen. I said on Friday I thought it was time for the President to turn this discussion over to his lawyers, time for the lawyers to make the case that they have, both in court and to the American people. And then we’re going to have to deal with those facts as they’re presented.”

Blunt acknowledged Trump’s legal challenges were “unlikely” to change the outcome, but said they would help assure voters of the process.

“It’s going to be much easier to work toward the kind of transition we want, look at the inauguration, which I’m going to have the honor of chairing again this time, and bringing the country together if everybody feels like we went through a process and everybody was heard,” Blunt said.

“Every legal vote was counted, every illegal vote was challenged and not counted, we come to a conclusion. I think that happens pretty quickly. Almost every state within seven to 10 days of the election goes through that entire canvass. There are always some changes, seems unlikely that any changes could be big enough to make a difference but this is a close election and we need to acknowledge that.”

“We’re moving forward anticipating an outside full-scale inauguration … I expect to see both Vice President Biden and President Trump on the stage on Inaugural Day,” Blunt said, “and that will be a powerful message no matter which one of them is sworn in that day.”

The U.S Supreme Court hasn’t indicated whether it will take up the case.

On ABC’s This Week with George Stephanopoulos, Blunt Discusses 2020 Elections and Inauguration

Missouri Attorney General Eric Schmitt speaks on Tuesday, Jan. 22, 2019, at a news conference at his downtown office to announce a new effort in conjunction the U.S. Attorney's office to combat crime in the city of St. Louis. Photo by Christian Gooden, cgooden@post-dispatch.com