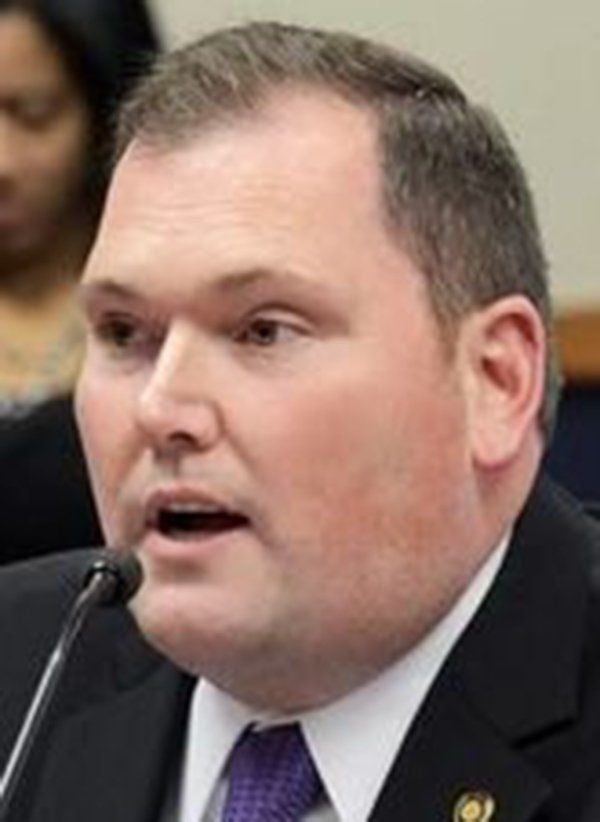 JEFFERSON CITY — Missouri lawmakers won’t return to the Capitol until next month, but the future speaker of the House slammed the door on gun violence proposals being floated by Democrats.

“I think it’s important that we look at making our laws something that would-be criminals will fear and respect,” wrote Vescovo, a Jefferson County Republican. “During the 2020 session we will again look for solutions that keep guns out of the hands of criminals while also protecting the gun ownership rights of the good people of Missouri.”

Vescovo’s comments don’t come as a surprise given the Republican-led Legislature’s prior support for gun rights, but gun violence has become a major issue in St. Louis after more than a dozen minors were killed this year.

Republican Gov. Mike Parson has met with the mayors of the state’s largest cities and last month signaled he would back a limited plan addressing gun use by minors, domestic abusers and felons.

Lawmakers primarily from the state’s urban areas also have filed at least 15 bills heading into the start of the legislative session aimed at addressing gun violence.

“As a state legislative body that wants to address and curb the issue of gun violence, not regulating ammunition is negligence,” Bosley said. “If we want to keep law-abiding citizens safe, we have to assure them we’re doing our part, and we can do that by passing this bill.”

Bosley said her proposal comes in response to a summer that saw 13 children killed in St. Louis, some by stray bullets.

Her plan would require anyone selling ammunition to be designated a licensed seller by the secretary of state. It would also require ammunition dealers to keep records of people who buy bullets and prohibit people from transporting ammunition purchased outside of Missouri into the state.

“When we start to lose our most vulnerable, we have to look at what we’re doing and make changes right now that protect our children,” Bosley said. “If you start to regulate a bullet like we regulate cars, people think twice about shooting them.”

Other proposals that have been introduced include regulations on the sale of guns and restrictions on where people can carry concealed weapons.

Vescovo’s statement came just days after the chairman of the House Crime Prevention and Public Safety Committee said he was disappointed that Parson had not contacted him about the plan he announced with the mayors.

Rep. Kenneth Wilson, R-Smithville, said the proposal was announced with little or no input from members of the Republican-led Legislature, who have voted in recent years to make it easier to own and carry firearms.

Parson, a former sheriff of Polk County who served in both the House and Senate, has pledged his support of the Second Amendment, but also is facing a challenge from Democratic State Auditor Nicole Galloway, who could run strong in the state’s crime-plagued urban areas.

In September, Vescovo was selected as the speaker-in-waiting who will take over next year. As the current majority leader, Vescovo can control the flow of legislation that comes up for debate on the floor.

“I admit I do not have all the answers, but I do know we will not make our state, our cities and our neighborhoods safer by infringing upon the rights of law-abiding citizens,” Vescovo wrote. “I think we can all agree the 100 million lawful gun owners across our great nation aren’t the problem.”

With gun control measures off the table, Republicans see boosting law enforcement as a way to address violence in the city

She is now a candidate for the Missouri Senate