JEFFERSON CITY — The Republican-controlled Legislature set aside no money for a voter-approved expansion of Missouri’s Medicaid program, but hospitals, public universities and the state’s public defender system will receive added funding under the state’s new budget.

Working against a Friday deadline, state lawmakers wrapped up their work on the $35 billion spending blueprint, sending the massive document to Republican Gov. Mike Parson for his consideration on a series of mostly party line votes.

Unlike prior years, state revenues are robust thanks to federal pandemic aid and rebounding tax revenue. The state is projected to end the current fiscal year on June 30 with a $1 billion surplus and also awaits an additional $2.8 billion coming via President Joe Biden’s American Rescue Plan.

Despite the largesse, the Republican-controlled chambers opted against funding the expansion of Medicaid, leaving the issue to fester until an estimated 275,000 low-income Missourians become eligible for health insurance benefits on July 1.

Missouri voters changed the state constitution in August to expand Medicaid to people earning less than $18,000 per year.

But, under the plan adopted by both chambers, no money was set aside to pay for the new enrollees who become eligible in less than two months. Republicans dismissed the results of the ballot initiative, saying it did not include directions on how to pay for adding new recipients.

Parson has not said what he plans to do, spurring speculation that the courts may be left making the decision on whether to require the state to earmark the $1.9 billion in state and federal funding needed to pay for the expansion of Mo HealthNet.

House Budget Committee Chairman Cody Smith, R-Carthage, said the budget makes it clear that the administration doesn’t have the ability to begin signing up additional enrollees on July 1.

Democrats urged Parson to allow for the new recipients to get health care benefits.

“As a former sheriff, the governor built a solid reputation for respecting and upholding the law,” said House Minority Leader Crystal Quade, D-Springfield. “We don’t believe he will sully that reputation by playing political games with the lives of 275,000 of his fellow Missourians and refusing to fulfill his constitutional duty.”

Parson said in a tweet last week his team would evaluate the situation. “We will assess our options and legal requirements on how to move forward with Medicaid expansion, once the budget is finalized,” he said.

Senate Appropriations Committee Chairman Dan Hegeman, R-Cosby, believes there is enough money in the new budget to cover additional enrollees through Jan. 1. That would mean the Legislature would have to vote in early 2022 to pay for the remaining six months of the fiscal year.

The spending plan includes an extra $24.2 million for higher education institutions, including a 3.7% increase in aid to the state’s four-year universities.

The budget provides 2% raises for state workers, who are among the lowest paid in the nation. The Department of Corrections also received an additional $21 million to help recruit employees to work at the state’s understaffed state prisons.

It includes $48 million to offset the state’s share of overpayments made to people who were applying for unemployment benefits at the start of the pandemic.

The committee also agreed to spend $3 million more on the state’s chronically underfunded public defenders to help the agency hire 53 more attorneys to help poor people who are charged with crimes.

The budget keeps alive a $20 million program developed at the beginning of the pandemic to help small meat processors ensure the food supply chain. And, it provides $9.2 million to make repairs inside the Capitol, including replacing carpeting in the House and Senate chambers.

Among the items being financed by federal stimulus dollars are a $142 million program designed to help homeowners pay their mortgages and a $324 program to help renters affected by pandemic-related income losses.

The plan sets aside $166 million to standardize the rates the state pays to assist developmentally disabled residents.

“We are truly prioritizing the most vulnerable populations in our state,” said Rep. Dirk Deaton, R-Noel.

The final budget agreement includes $2 million for a private contractor to work with St. Louis area school districts, despite concerns by school administrators that the money could flow to a nonprofit funder of charter schools.

Opponents say it appears the money is intended for the Opportunity Trust, an organization with 10 registered lobbyists that has made news in St. Louis due to its connection to a controversial Normandy charter school and its goal to expand charter school options in the city.

Among those lobbyists is longtime Republican consultant David Barklage, who was indicted by federal prosecutors last month on tax evasion charges.

Rep. Kevin Windham, D-Hillsdale, said he was recently visited by a lobbyist for Opportunity Trust and believes the language is drafted to favor them getting the money. He expressed concern the money would be used to influence the outcome of future school board elections.

“It’s a big issue for me,” Windham said.

The education portion of the budget also includes a $20 million increase for school transportation costs. The increase is just enough money to trigger an “Education Savings Account” program under a plan the Legislature sent to Parson on Thursday.

The increased funding for school transportation was part of a compromise tying the program’s creation to increased public school transportation funding. The ESA plan, which could cost up to $75 million each year once fully implemented, provides tax credits to donors of nonprofits that give scholarships to students so that they can attend the school of their choice, including private and religious schools.

The budget plan also puts Missouri’s cross-state Amtrak service in limbo at a time when Biden is promoting an expansion of the nation’s passenger railroad system.

Under the spending proposal, funding for the Missouri River Runner train between St. Louis and Kansas City may be limited to once per day service, rather than the pre-pandemic level of two trains per day.

As part of a compromise with Democratic lawmakers, the limit being imposed by Republicans could be lifted if Biden’s infrastructure improvement plan is adopted by Congress.

Smith said he’s not opposed to having two trains but doesn’t want to continue accruing debt that includes a 9% interest rate.

“I think that needs to stop,” Smith said.

Rep. Rasheen Aldridge, D-St. Louis, said the move will hurt tourism in Missouri. People use the train to get to Hermann, the Missouri State Fair in Sedalia and the state Capitol, he said.

“If we only have one train … it is going to put people who use public transit in a very difficult spot,” Aldridge said.

“Now we’re telling Missourians that Amtrak is less reliable of a source to get from Point A to B,” added Sen. Greg Razer, D-Kansas City. “I think we could find that money somewhere.” 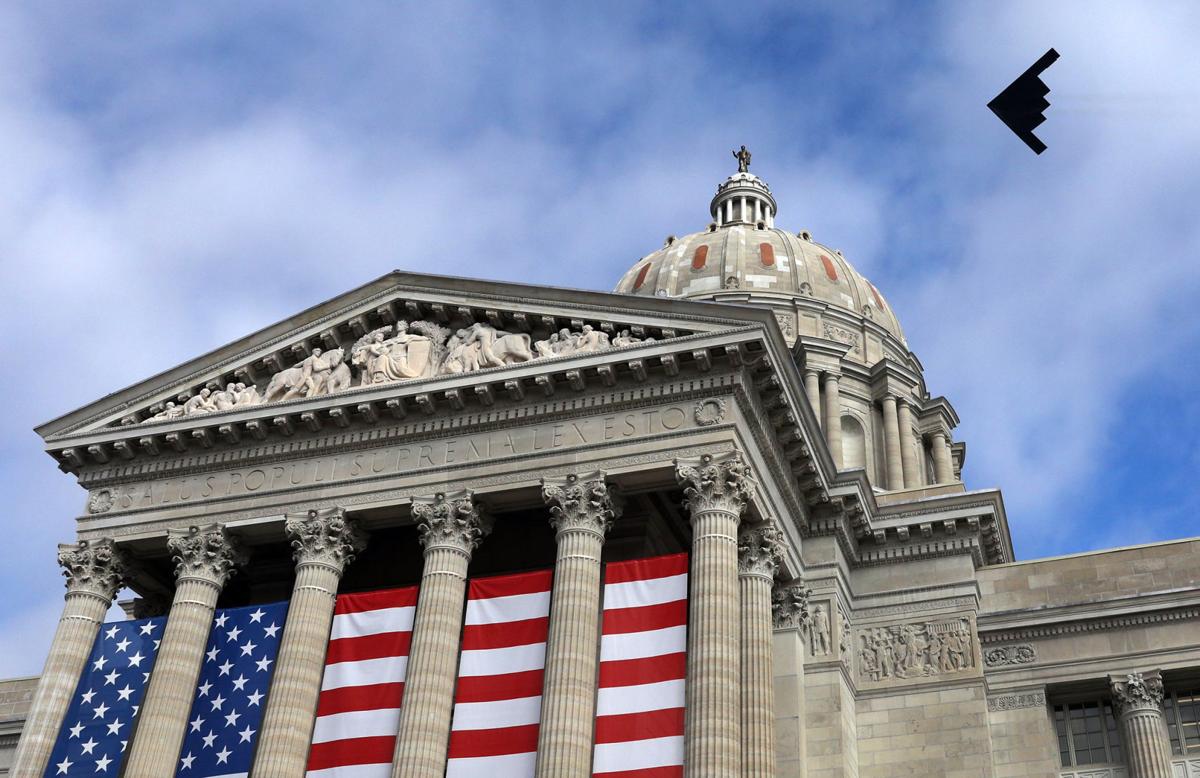 200 years: A B-2 stealth bomber flies over the State Capitol following the swearing-in of Missouri Gov. Mike Parson in Jefferson City on Jan. 11. Missouri became a state on Aug. 10, 1821. 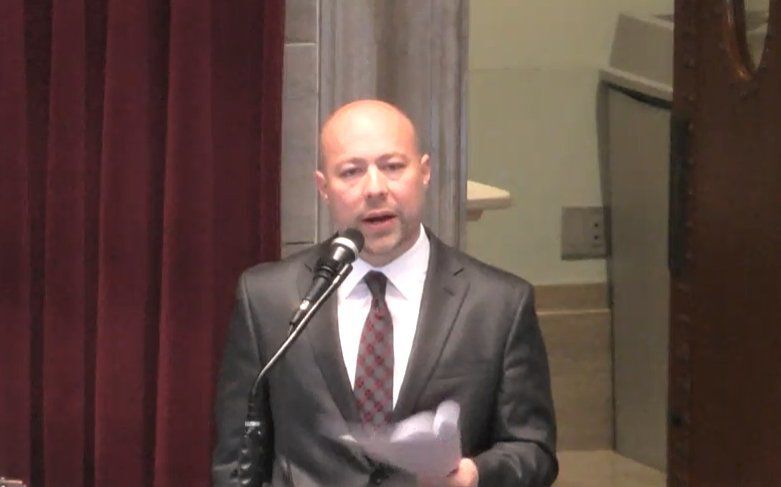