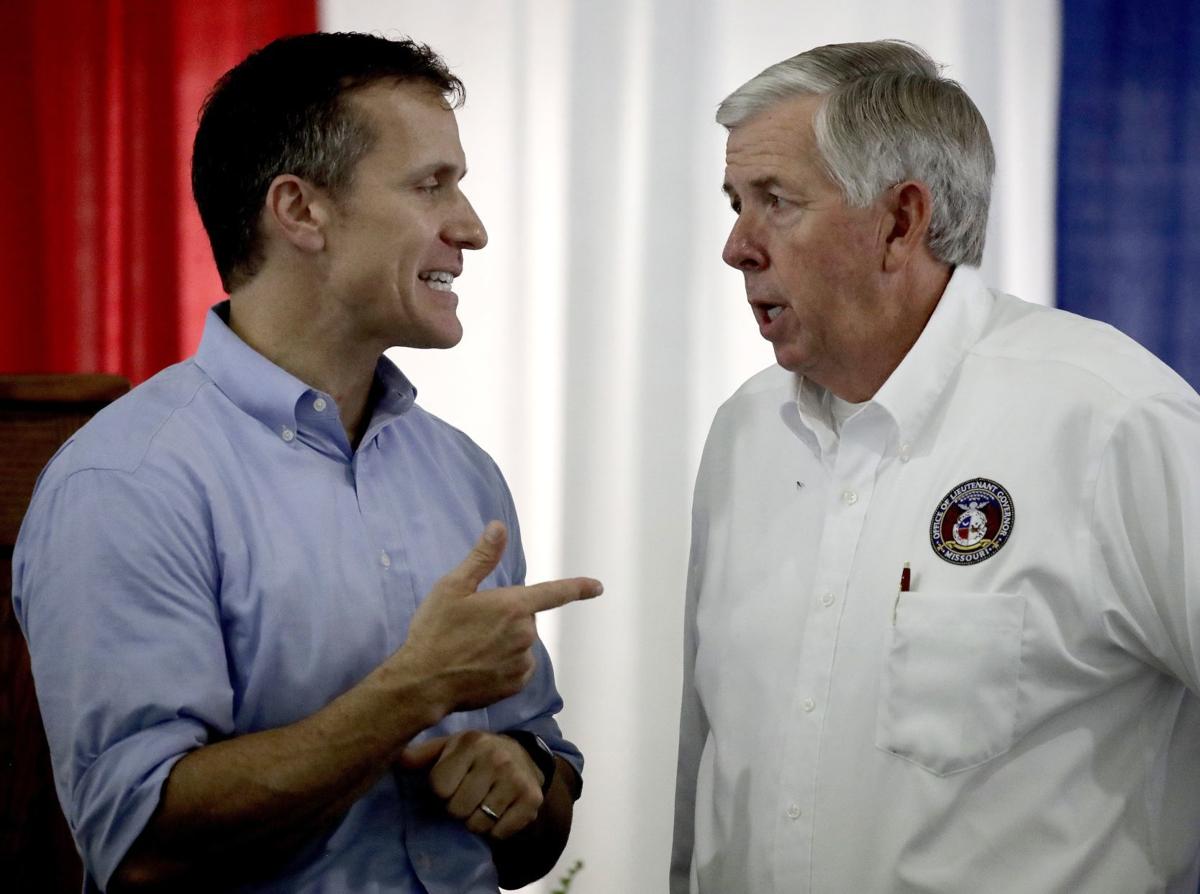 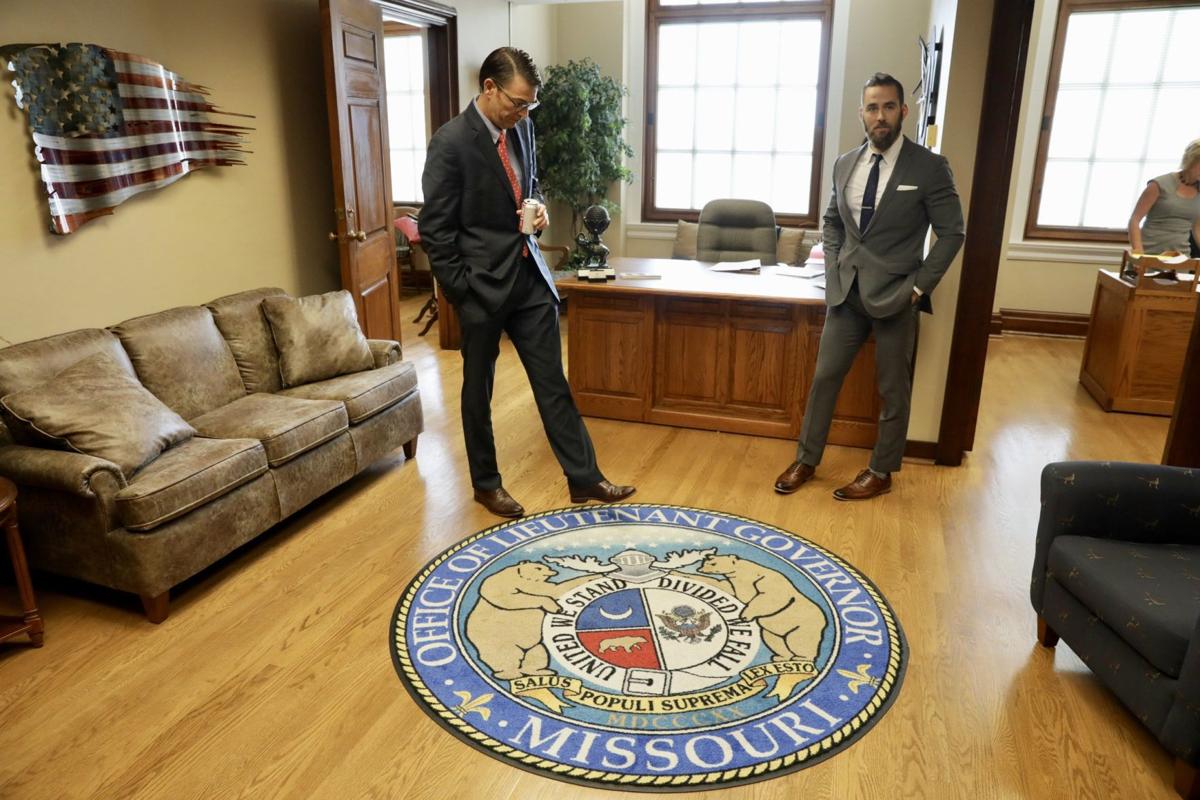 Aides to Lt. Gov. Mike Parson said it would look tacky for the man who stood next in line to take over as chief executive to weigh in on the scandal that brought down his fellow Republican.

He broke his silence on April 13, two days after a bombshell report was issued by a special House committee investigating the circumstances of the governor’s extramarital affair.

In a speech to Boone County Republicans covered by the Columbia Daily Tribune, Parson said, “Everybody in the world wants me to say something. What that is and whatever I say, it is almost a no-win situation. No one elected official, including myself, no statewide official, is larger than the state of Missouri. None.”

Parson, 62, was not in the Capitol on Tuesday when Greitens announced his plan to leave office at 5 p.m. Friday.

In a statement released by his office Tuesday evening, Parson said:

“With Governor Greitens’ decision to resign from office, he has put the best interests of our state and all Missourians at the forefront where they belong. This is a decision that will allow our state to heal and move forward from what has been a difficult time. This is an enormous responsibility serving as our state’s next governor, and I am ready to fulfill the duties of the office with honor and integrity, and with a steadfast commitment to making our great state even greater for the people we are entrusted to serve.”

His chief of staff, Ward Franz, said he was unsure whether the farmer from Bolivar had spoken with Greitens before the announcement.

“I have known Mike for many years and worked with him in the Legislature when I was governor. As a former sheriff, he is a law-and-order leader who will bring that experience to the governor’s office. Mike has always been someone interested in results, no matter who gets the credit and I know he will work well with House and Senate leadership and legislators in both parties to get things done for Missourians,” Blunt said in a statement.

Parson once had designs on the job he’ll hold by the end of the week. With term limits looming over his legislative career in 2015, Parson launched a bid for governor, hoping his experience as a sheriff in Polk County and a conservative track record in the House and Senate dating to 2005 would garner support.

But, with the GOP primary field growing, he opted in July 2015 to run for the lieutenant governor’s post.

First he fended off Kansas City attorney Bev Randles in the primary election and then won 110 of Missouri’s 114 counties in the general election en route to statewide office.

Unlike Greitens, who was elected as an outsider, Parson brings a wealth of political experience to the job.

He and his wife live in southwest Missouri, where he operates a cow and calf operation. He has two children and five grandchildren.

In the Legislature, Parson sponsored an expansion of the state’s castle doctrine — a law that entitles the use of deadly force in home defense. He also sponsored and backed pro-agriculture measures.

Parson also has made higher education a priority, pushing for a building and repair program for public universities and advocated against cuts to the University of Missouri system.

Parson’s tenure in the Legislature is expected to change the dynamic in the Capitol. While Greitens spent much of his first year in office poking and prodding at lawmakers, Parson has built relationships with members on both sides of the aisle.

“I know what my obligations are if something should ever occur, I knew that in the beginning what they were, you just never thought it was going to happen,” Parson said last week while again visiting Boone County.

Parson has split publicly with the governor on some issues. While Greitens banned people in his office from accepting lobbyist gifts, Parson was accepting gifts.

After the governor’s appointees voted to end the program, which encourages development in poor neighborhoods and is backed by a politically powerful group of developers, Greitens declared “politics as usual” over. Parson disagreed with the move, saying it would hurt rural Missouri.

• Trouble lurked between the lines of Greitens' perfect story

• Messenger: Greitens goes out the way he came in, haunted by specter of dark money

• Sultan: It should have been enough

• Greitens said it: Memorable quotes that marked his candidacy, governorship

• Political leaders react to the resignation

Aldermen approved selling the lot to the developer for $2 million. The treasurer’s real estate consultant values it at $12.3 million.

Medicaid expansion in Missouri certified for November ballot, but August vote could be in store

Ashcroft’s approval Friday gives Gov. Mike Parson enough time to move the date of the election to August if he so chooses.

Parson in 2019 barred counties from getting tough on agribusiness, but this week deferred to local health officials after Lake of the Ozarks video went viral.