Former aide: Trump was told protesters had weapons on Jan. 6

JEFFERSON CITY — The Missouri Senate returned to a state of paralysis Tuesday over one member’s decision to break dress code protocol and wear bib overalls on the floor of the chamber.

Two weeks ago, Moon caused a stir when he wore blue jean bib overalls on the floor of the chamber, rather than dress pants as is tradition.

Moon said he was “simply wearing the attire of what many people in his district wear when they are at work.”

Ash Grove is located in Greene County, part of the Springfield metropolitan area.

Moon said he was wearing overalls because he had just been cooking breakfast for constituents and didn’t want to get pancake batter or eggs on his dress pants.

In a Feb. 11 letter, Moon wrote to Schatz and said he accepted his “punishment,” but on Tuesday, he reversed course.

“Now that I’ve come to full terms with what’s been done, I came to realize there are probably 200,000 residents in the Senate district who have essentially lost their voice in the committees,” Moon said.

“All I’m asking for is reinstatement to the committees,” Moon said. “I want my committees back. Otherwise, I have a lot of books to read.”

Schatz said he was hopeful that Moon would have handled the issue behind closed doors rather than take it up before the full chamber in the form of a filibuster.

Schatz acknowledged he may have been a bit harsh in telling Moon that he was “making a mockery of the Senate” by wearing overalls.

“I apologize if I didn’t address you correctly,” Schatz said,

But, Schatz added, “We want to make sure we honor this body. There are certain things we don’t do.”

Schatz said he was upset Moon had hijacked the legislative session, meaning that work on drawing new congressional maps and passing a midyear budget adjustment that includes billions of dollars for schools and health care are on hold.

Schatz wasn’t alone in his frustration with Moon.

Sen. Holly Rehder, R-Sikeston, slammed Moon and other members of the Senate’s hard-line caucus for blocking action on most business in the chamber.

“They are providing great theater, but they are an ocean away from being a statesman,” Rehder said. “They continue to waste our precious time.”

“We have spent several hours on this now. I would encourage you to learn from the incident,” Sen. Bill White, R-Joplin, told Moon.

Moon is part of the Conservative Caucus, whose members have blocked passage of a congressional redistricting bill and dumped the nomination of Gov. Mike Parson’s public health director.

“I know there has been turmoil since Day One in this chamber. Some will point a finger at me and say I’ve been a part of that turmoil,” Moon said. “I’m not meaning to be unkind or uncivil. My intent was not to offend.”

Until the Senate adjourned shortly before 6 p.m., Moon read from a book, a memoir of a World War II veteran, to a mostly empty Senate chamber.

Money for raises, Medicaid expansion and schools sent to Parson, signed into law

The Missouri Senate, mired in personal feuds and disagreements, has little to show for its efforts. Meanwhile, the House has sent more than 35 pieces of legislation to the other chamber since the session began in early January. 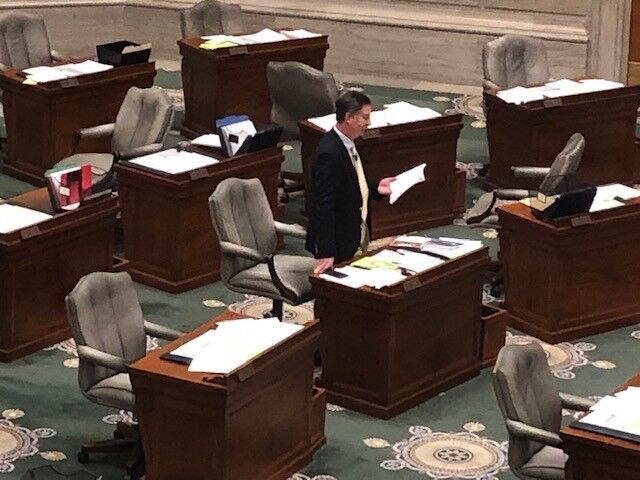 Missouri Sen. Mike Moon, R-Ash Grove, conducts a filibuster on the floor of the Missouri Senate on Feb. 2, 2022. Moon was angry over losing his committee assignments after he broke protocol and wore bib overalls in the chamber. (Kurt Erickson/Post-Dispatch) 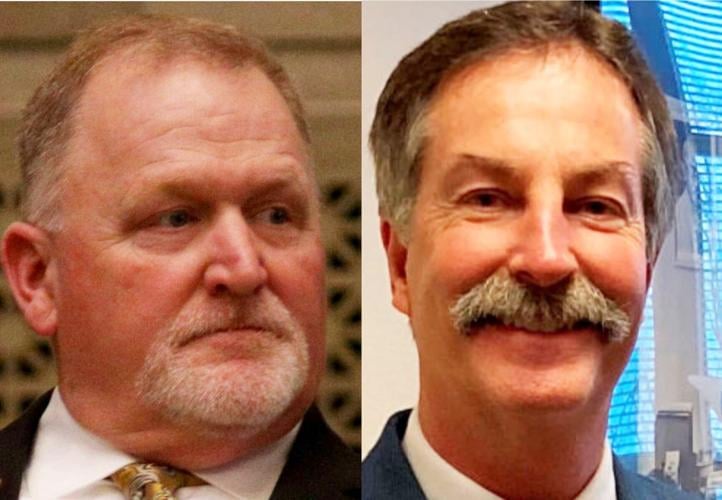