ST. LOUIS COUNTY — Area voters and poll workers got through the third major Missouri election of the coronavirus era Tuesday, building on their experiences from the first two.

See the results of the primary election races

Local election officials reported no major glitches at the polls, following a surge in absentee and mail-in voting in the days leading up to the election.

“Every election is good practice for the next election,” said Eric Fey, St. Louis County’s Democratic director of elections.

At the March 10 Missouri presidential primary, the main pandemic-related change in the county was the availability of hand sanitizer at polling places.

On June 2, the delayed date of the local-level election normally held in April, election workers in the county were required to wear masks, polling stations were being wiped down regularly and voters were told to stay 6 feet apart while waiting.

On Tuesday, county polling places for the first time also had to comply with the general indoor mask rule imposed last month by County Executive Sam Page. That rule, however, resulted in at least one upset voter.

Steve Fehr, 62, of Ellisville said he tried to vote Tuesday morning at the Daniel Boone Branch of the St. Louis County Library but ended up leaving without casting his ballot because he refused to wear a mask.

Fehr, a software company owner, said he arrived shortly before polls opened at 6 a.m. and waited in line with proper social distancing. Once the doors opened, he went inside and presented his ID and signed in. But poll workers soon told him he couldn’t vote without a mask and offered him one.

Fehr, meanwhile, said he had heard that St. Louis city would be allowing people to vote even without a mask, and he hoped the county “would turn a blind eye” to him and let him do it anyway.

But they didn’t. Fehr said polling officials gave him options. They said he could drive to county election headquarters in St. Ann to vote outside without a mask. He didn’t think he should have to drive that far.

They offered to let him vote from his car and then election authorities would take his ballot inside to the box for him, but he declined that because he couldn’t be assured it would get there.

“They didn’t give me what I considered an acceptable option,” he said.

“I’m not a science denier. I know this has been deadly,” he said of COVID-19. “But I think, quite frankly, it is a bit overblown.”

Fehr said he’s never missed voting in an election, and the main thing that brought him to the polls Tuesday was his opposition to the expansion of Medicaid.

Fey, the Election Board official, said he was unaware of any similar cases Tuesday in the county.

In St. Louis city — which also has an indoor mask mandate — election officials allowed voters arriving without face coverings to cast a ballot curbside as well. But unlike in the county, they let people who insisted on voting inside without a mask to do so.

Gary Stoff, the city’s Republican director of elections, said he was aware of at least one instance in which a voter took advantage of that policy — on Tuesday morning at Nottingham School in the St. Louis Hills neighborhood.

He said the voter, after declining to use a mask offered to her at the polls or to vote from her vehicle, ended up voting in an otherwise unoccupied area of the polling place.

Stoff did cite one bit of trouble unrelated to masks.

At Hawthorn Leadership School for Girls, at 1901 North Kingshighway, someone forgot to unlock the school for voting. That delayed things about an hour until the building was unlocked, he said.

Election officials said coronavirus concerns also led to a somewhat larger number of cancellations and no-shows among poll workers in the St. Louis and Kansas City areas, though substitutes were dispatched to fill the gaps.

In the county, Fey said, there were about 60 no-shows. He said affected polling places just made do with six poll workers instead of eight.

In outer suburban counties that don’t have government-imposed mask mandates, some election judges and voters wore masks and some didn’t.

“We encouraged masks,” said Mike Kreuger, elections supervisor in Lincoln County. He estimated that “we were 50-50 on that.”

Election officials in St. Charles and Jefferson counties said they fielded some complaints from voters who didn’t like encountering some mask-less election judges.

Arizona, Indiana and other states also have rejected the president’s offer

Explore St. Louis has laid off workers, furloughed employees and cuts its budget in the face of spiraling revenues

Trakas said he was right to block bills that were legally defective and he’s working on better versions. 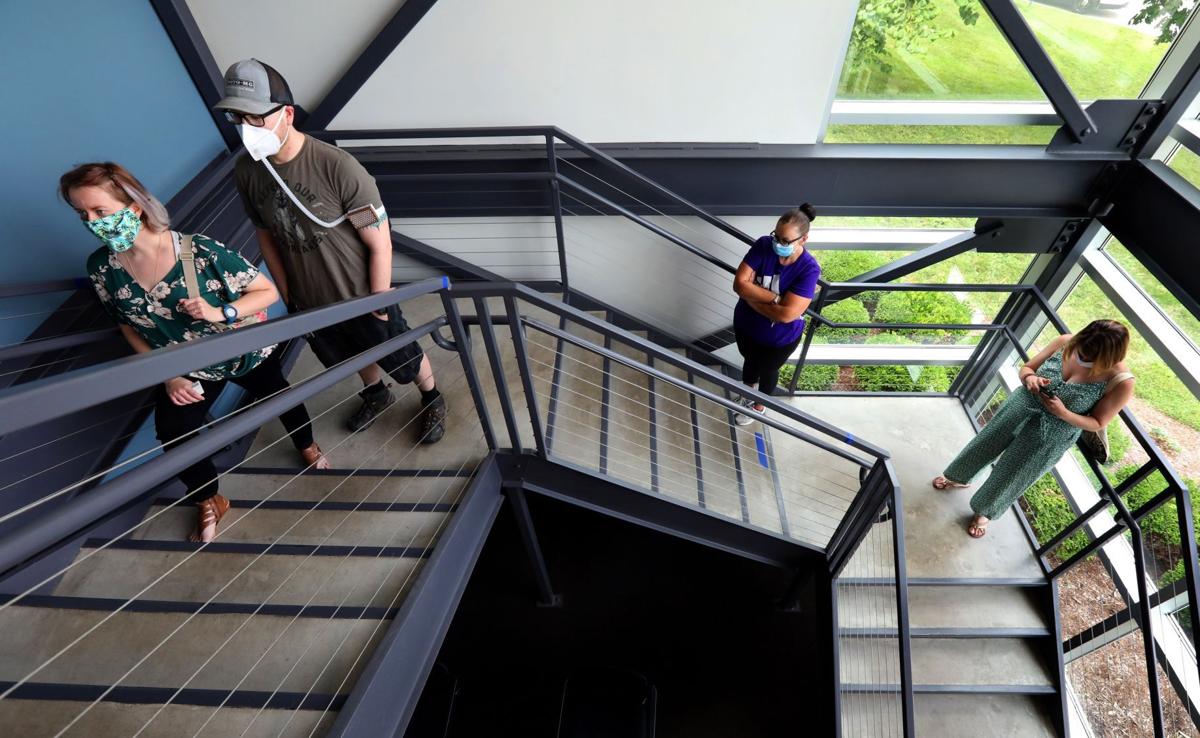 Voters at Maplewood City Hall social distance as they fill the stairwell waiting to cast their ballots in the primary election on Tuesday, August 4, 2020. Extra cleaning and social distancing are being used in polling precincts city and countywide. Photo by Robert Cohen, rcohen@post-dispatch.com 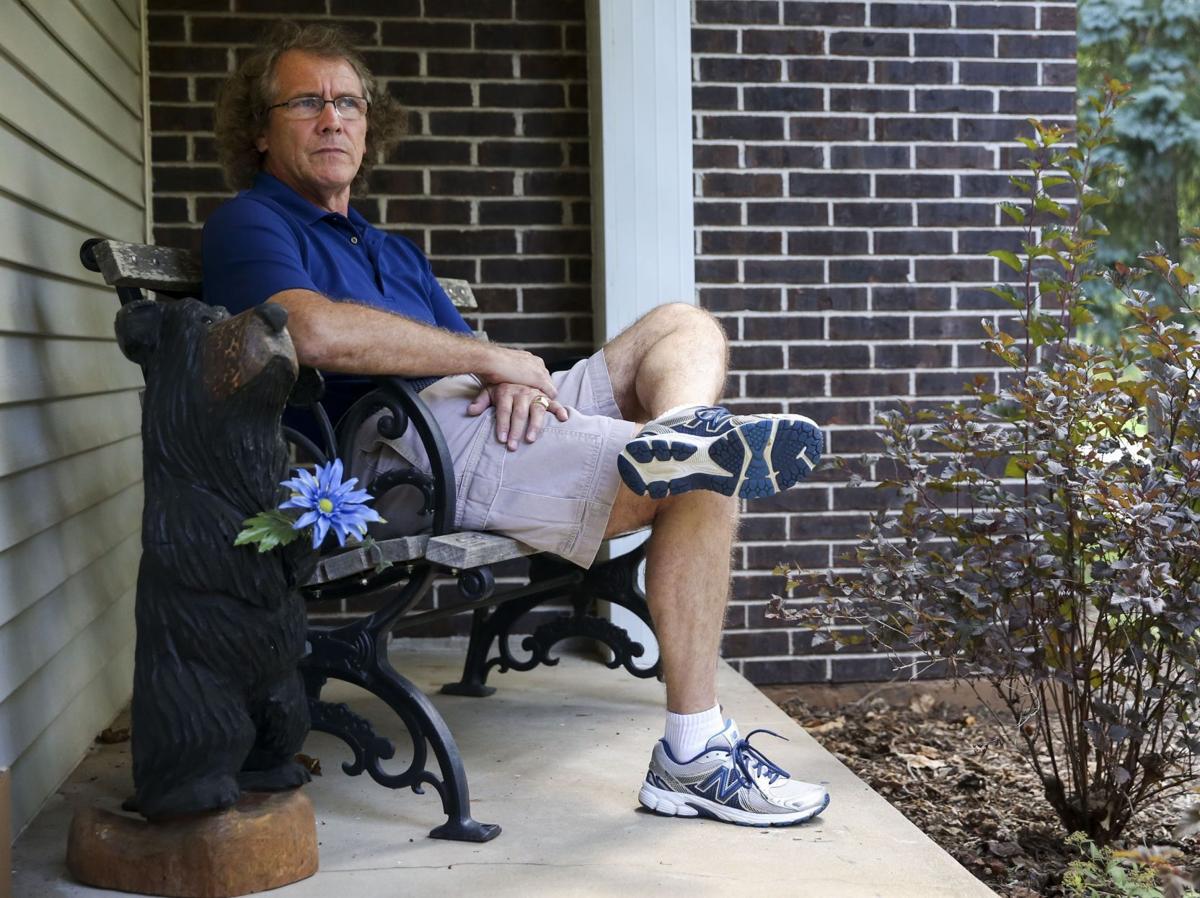 Steven Fehr poses for a portrait outside his Ellisville home on Tuesday, Aug. 4, 2020. Fehr claims his right to vote has been suppressed after refusing to wear a mask inside his polling location, the Daniel Boone Branch of the St. Louis County Library. Voting officials offered him several other options including voting from his car and voting outside in St. Ann, but he turned down the offers. Masks are mandatory at all indoor polling locations. Photo by Colter Peterson, cpeterson@post-dispatch.com