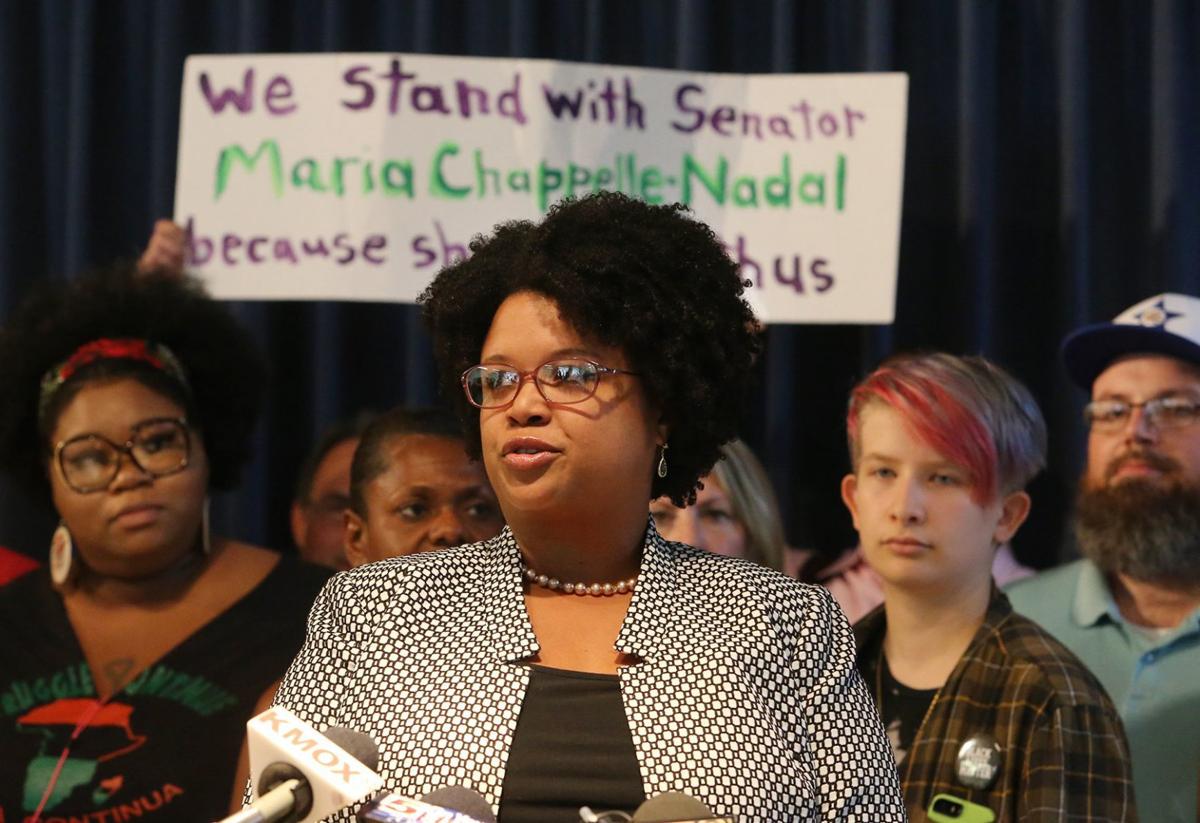 Sen. Maria Chappelle-Nadal apologized again on Sunday, Aug. 20, 2017, at the Wellspring Church in Ferguson for the remark she made about President Trump online, hoping that Trump would be assassinated. Photo by J.B. Forbes, jforbes@post-dispatch.com 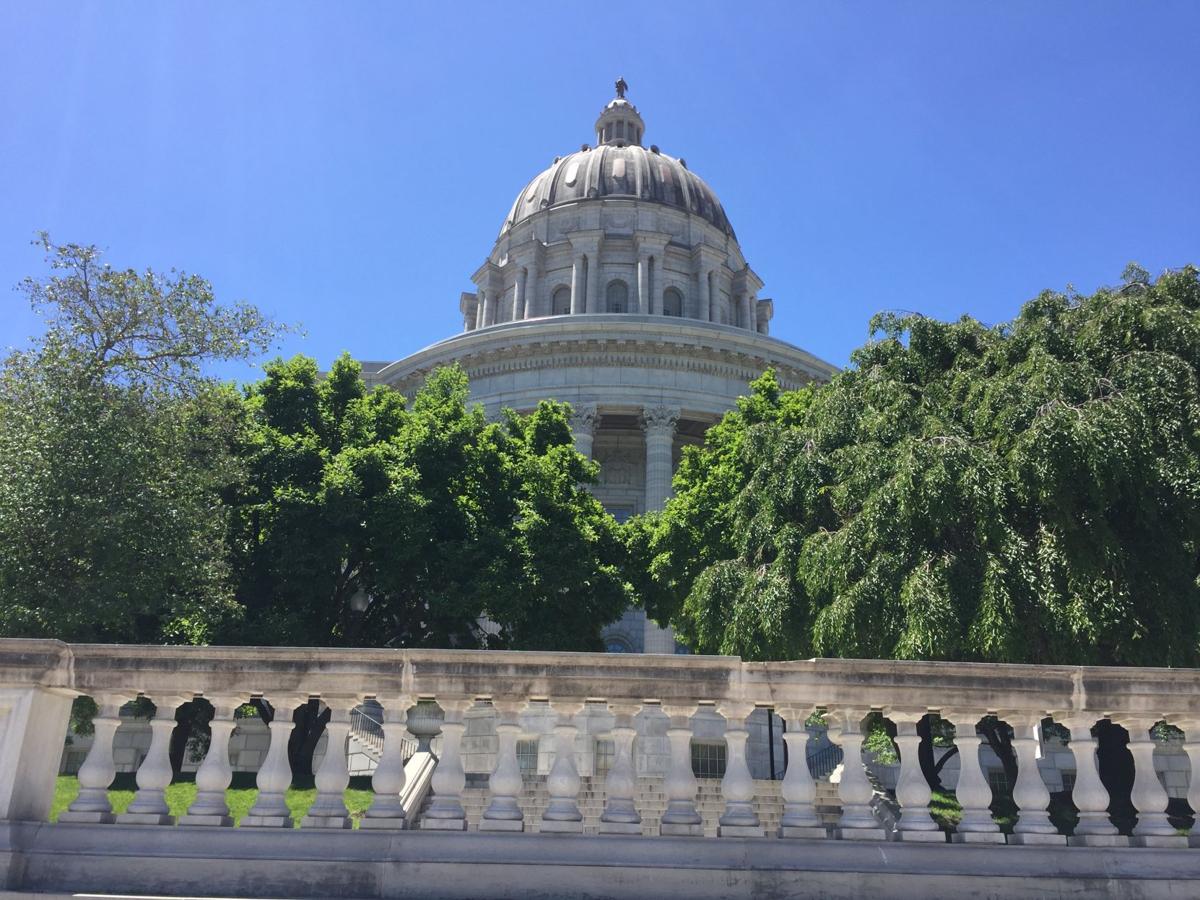 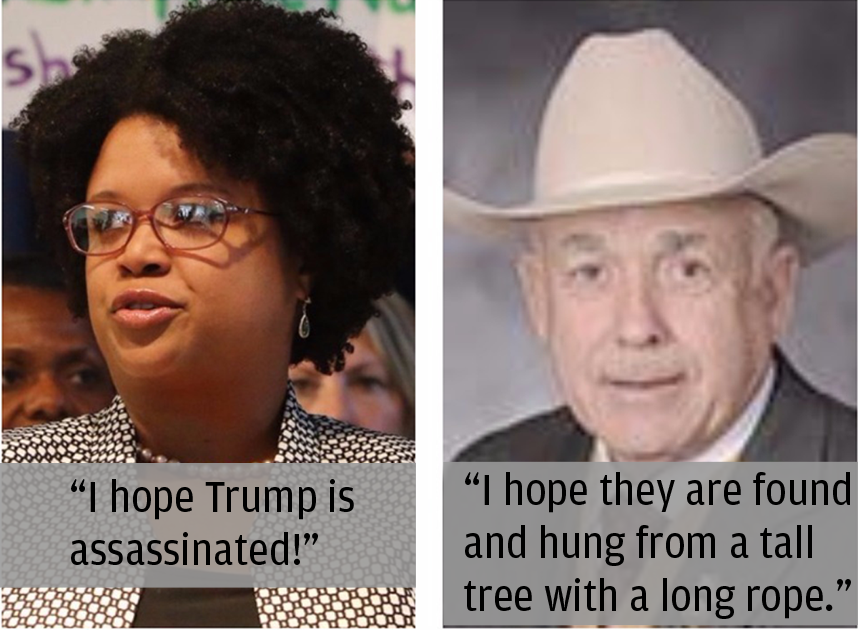 Maria Chappelle-Nadal (left) and Warren Love (right), with their controversial remarks. In a Facebook comment, Chappelle-Nadal wrote: "I hope Trump is assassinated!" When sharing a link to a news article about vandalism, Love wrote: "I hope they are found and hung from a tall tree with a long rope." Photo illustration

JEFFERSON CITY • State Sen. Maria Chappelle-Nadal faced her Senate colleagues Wednesday for the first time since she expressed hope for the assassination of President Donald Trump in an August Facebook post.

The upper chamber voted overwhelmingly to censure the University City Democrat in what amounts to a formal reprimand. Majority Floor Leader Mike Kehoe, R-Jefferson City, said the censure was the first in Missouri Senate history.

“They understand that I have made a mistake,” Chappelle-Nadal said of her constituents, in response to an inquiry from Sen. Bill Eigel, R-Weldon Spring, who asked why she wouldn’t resign. “I have to continue working to build that trust and do the hard work of the district.”

The move to censure Chappelle-Nadal took about 15 minutes in a chamber that moves as slow as molasses some days.

The vote came during the Legislature’s annual veto session, where lawmakers did not override any of the legislation Gov. Eric Greitens, a Republican, nixed this year, including a bill that would have kept more than 8,000 elderly and disabled from seeing reduced health care benefits.

Kehoe said the Senate could still choose to expel Chappelle-Nadal in the future .

The vote to do so was bipartisan, with all Republicans present, along with most Democrats, voting to censure Chappelle-Nadal.

Sen. Jamilah Nasheed, D-St. Louis, was one of two “no” votes, with the other coming from fellow African-American Democrat Sen. Shalonn “Kiki” Curls of Kansas City. Chappelle-Nadal declined to vote.

Nasheed said what Chappelle-Nadal posted about the president was “horrible.” But she lashed out at both Republicans and Democrats for voting for the censure.

“This is about Republicans pandering to their base. And it’s about Democrats who want to run statewide hoping that it won’t harm them,” Nasheed said, without naming names.

In the House, it was a different story for Rep. Warren Love, R-Osceola, who wrote his own Facebook post expressing hope for the hanging of vandals who had splattered paint on a Confederate monument in Springfield.

Richard and Kehoe both pushed back against any notion that there were racial motivations behind legislative leaders’ push to censure Chappelle-Nadal, who is black, versus the lack of official reprimand against Love, who is white.

“That’s the silliest thing I ever heard of,” Richard said. “It’s about a comment ... against the president of the United States. I mean, God forbid if I’d have done that, I’m sure I would’ve been under the same pressures to resign.”

No vote on health care cuts

On the health care issue, lawmakers in the House were unable to muster the votes to override Greitens’ veto.

In an announcement timed to coincide with action on the measure in the lower chamber, Richard and House Speaker Todd Richardson announced a task force created to find a way to restore cuts affecting more than 8,000 disabled and elderly people who receive specialty care through Medicaid.

“We’re interested in coming up with a solution,” said Rep. Scott Fitzpatrick, R-Shell Knob, who is the chairman of the House Budget Committee. “I will work on it tirelessly.”

A press release outlining the plan arrived in reporters’ inboxes just minutes before the House fell 60 votes short of overriding the governor.

The original proposal was designed to shift $34 million in state funds to avoid the health care cuts. Greitens called the maneuver a gimmick when he vetoed it.

Rep. Deb Lavender, D-Kirkwood, who helped craft the fix during the regular session, was disappointed in the outcome.

“The daily suffering caused to Missourians hangs on all of our heads,” Lavender said.

Rep. Justin Alferman, R-Hermann, said overriding the veto would result in no change for those affected by the reductions because transferring the money out of the special funds would be up to the governor, who has already called the legislation unconstitutional.

Rep. Kevin Engler, R-Farmington, said a “yes” vote to support the override would merely be symbolic because the state did not have enough money to cover the costs.

“We need to find a solution to this,” Engler said. “We have to come up with the money, not platitudes.”

Richard said the committee would work to restore the cuts.

“Preserving funding for in-home and nursing care is important to both chambers, and together with the House, we can come up with a plan to keep those funds for senior services intact,” Richard said.

Some patients already are in the process of losing their care, advocates say, making acting to address the cuts more urgent.

Kehoe said legislation proposed would probably include language to reinstate the state’s old method of assessing patients in need, so those now considered not sick enough to receive aid could theoretically reapply.

Fitzpatrick said he hoped a plan would gain enough support.

“I cannot guarantee you that everybody’s objections can be 100 percent overcome,” Fitzpatrick said.

McCann Beatty scoffed at the three-week time span given for the committee to do its work. “We’ve had all summer to work on this,” she told reporters.

If the committee does recommend a solution, lawmakers could return for a special session.

Lawmakers did not take up any of the other seven bills that were vetoed by Greitens.

Republicans refuse to stand up to governor's veto

The Republican majority in the Missouri House last week said they cared about seniors and disabled Missourians. They said they "really feel fo…

Sen. Maria Chappelle-Nadal apologized again on Sunday, Aug. 20, 2017, at the Wellspring Church in Ferguson for the remark she made about President Trump online, hoping that Trump would be assassinated. Photo by J.B. Forbes, jforbes@post-dispatch.com

Maria Chappelle-Nadal (left) and Warren Love (right), with their controversial remarks. In a Facebook comment, Chappelle-Nadal wrote: "I hope Trump is assassinated!" When sharing a link to a news article about vandalism, Love wrote: "I hope they are found and hung from a tall tree with a long rope." Photo illustration