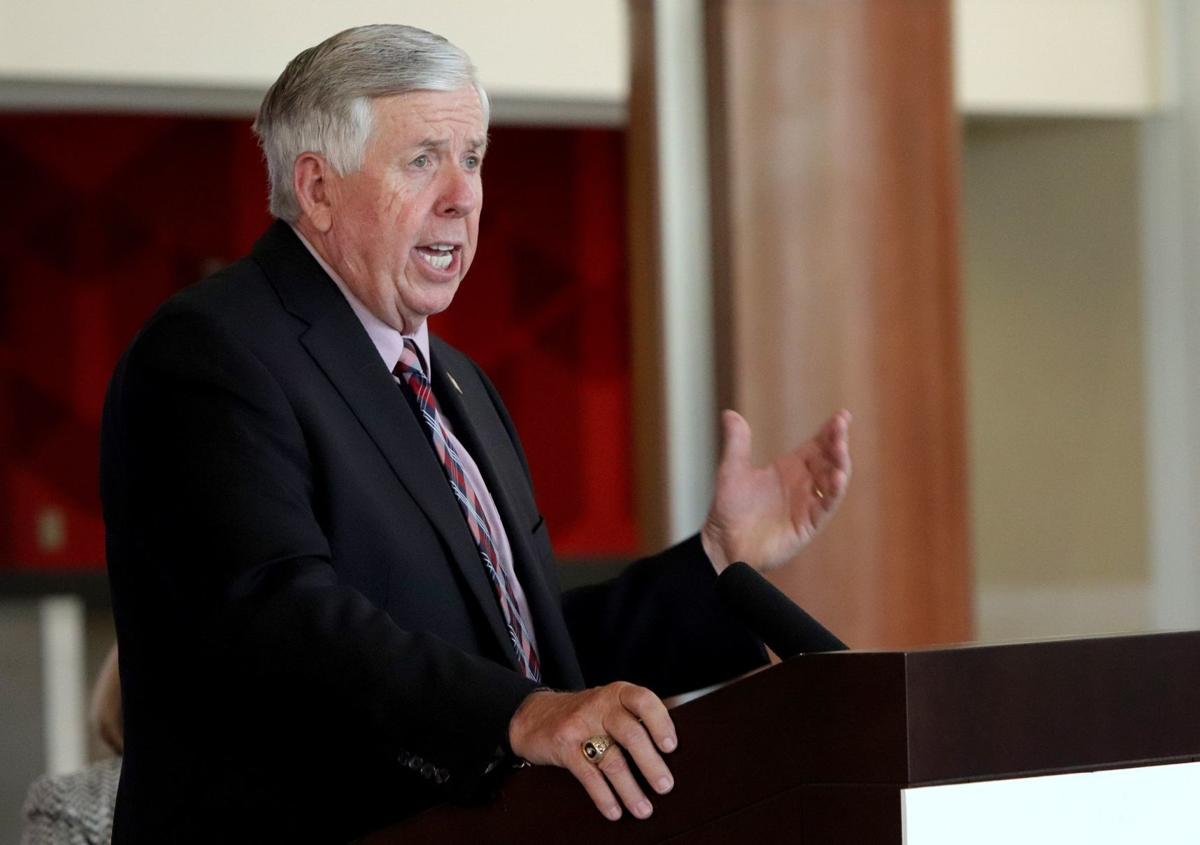 Missouri Governor Mike Parson speaks during a press conference Tuesday, June 23, 2020, at Maryville University, during which Accenture Federal Services announced it will bring 1,400 technology jobs to St. Louis over the next five years. Photo by Hillary Levin, hlevin@post-dispatch.com 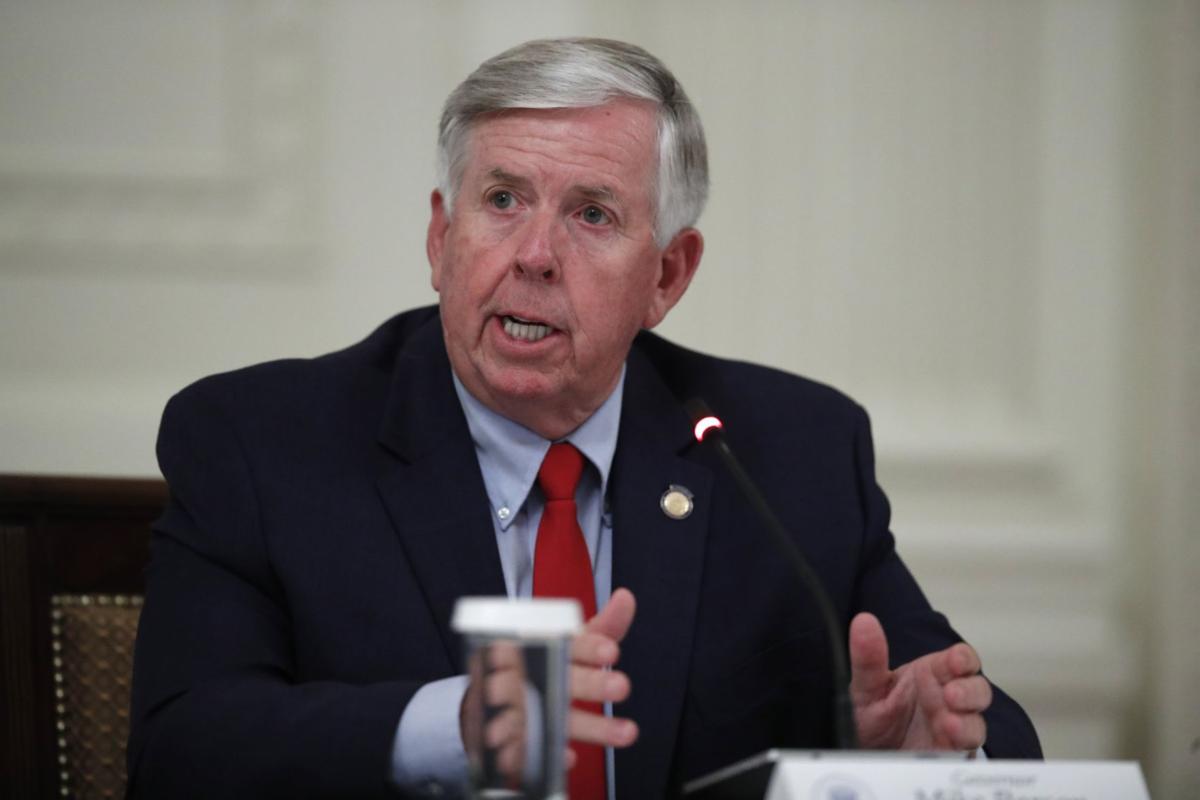 JEFFERSON CITY — Missouri officials are urging the public, state employees and students to wear masks when possible — even though Gov. Mike Parson has appeared ambivalent, saying over the weekend, “If you want to wear a dang mask, wear a mask.”

While his administration has encouraged mask-wearing, Parson has declined to issue an order requiring masks in public places.

“You don’t need government to tell you to wear a dang mask,” Parson said to a cheering crowd over the weekend. His campaign posted pictures online of a maskless Parson interacting with the public.

Meanwhile, on his official Twitter account, he told Missourians on Friday to “wear a mask” if “you can’t social distance.”

The mixed messages come as the U.S. Centers for Disease Control and Prevention recommends most individuals wear face coverings in public to help slow the spread of COVID-19. The agency says the barrier helps “prevent respiratory droplets from traveling into the air and onto other people.”

“Governor Parson cannot expect Missourians to take his guidelines seriously when he talks out of both sides of his mouth,” she said. “This is a stunning failure of leadership.”

“To protect the public health, save jobs and restart our economy — please, wear a mask,” Galloway said.

Williams, in a memo to state employees last week, said, “Wear a face covering, especially when social distancing is difficult to maintain.”

Chris Nuelle, spokesman for Attorney General Eric Schmitt, a Republican, said the attorney general’s office “has told employees that they should wear a mask when social distancing is not possible.”

Scott Holste, spokesman for Galloway’s office, said the state auditor’s employee policy “is to wear a mask in the common areas of the auditor’s office and the state office buildings and, when feasible, on the auditee job site.”

Kelli Jones, spokeswoman for Parson’s office, said in a statement Tuesday, “Governor Parson and his administration have taken safety precautions since the first known positive case of COVID in early March. We make every effort to social distance and where distance is not possible, masks are worn.”

There is nothing like being in a room full of cattlemen and women.

These folks know what it means to work hard each and every day to put food on our tables.

Met with Chief Rick Smith and some of the @kcpolice force this afternoon to thank them for their service.

After I served 22yrs in law enforcement, @FirstLadyTeresa and I know firsthand the challenges of being a law enforcement family. #BacktheBlue pic.twitter.com/deqe2Qx6SV

Robert Knodell, deputy chief of staff, was recently seen walking down a Capitol hallway without a mask. Jones doesn’t wear a mask to Parson’s press briefings. On Tuesday, a reporter didn’t see anyone in a section of Parson’s Capitol office wearing a mask.

The Department of Elementary and Secondary Education, meanwhile, in reopening guidance to school districts, said, “Face coverings are an important strategy to reduce transmission of the novel coronavirus, primarily by reducing the spread of infection from the wearer to those around.”

It said young children “may have difficulty complying with the proper use of face coverings” and that mask-sharing and chewing could increase the risk of infection.

“For this reason, continuous usage of face coverings is not recommended for young children,” the guidance said. “Older children, such as those in middle and high school, are likely to be able to follow guidance regarding proper mask usage.”

Missouri Governor Mike Parson speaks during a press conference Tuesday, June 23, 2020, at Maryville University, during which Accenture Federal Services announced it will bring 1,400 technology jobs to St. Louis over the next five years. Photo by Hillary Levin, hlevin@post-dispatch.com