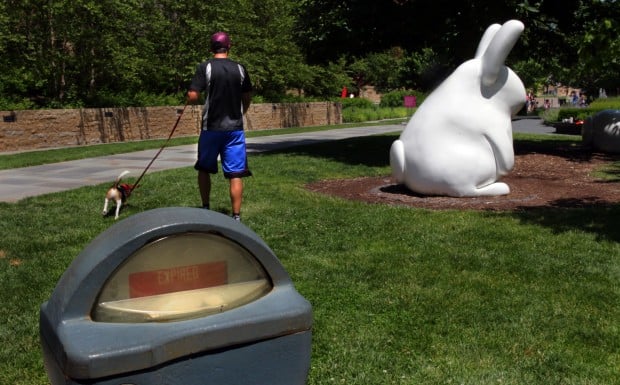 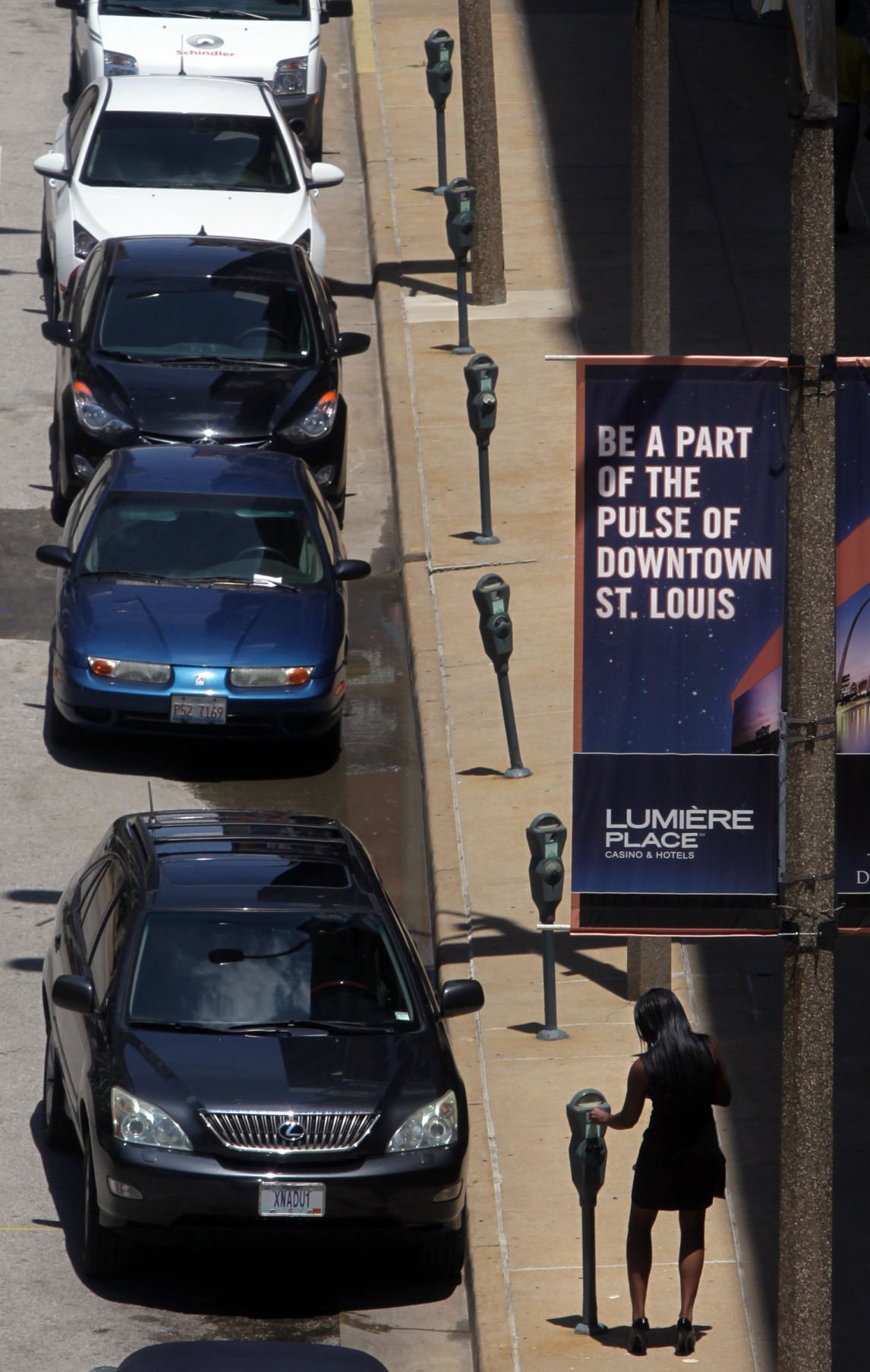 A motorist fills a meter on 6th Street at Pine Street in downtown St. Louis on Tuesday, June 18, 2013. Photo by Robert Cohen, rcohen@post-dispatch.com 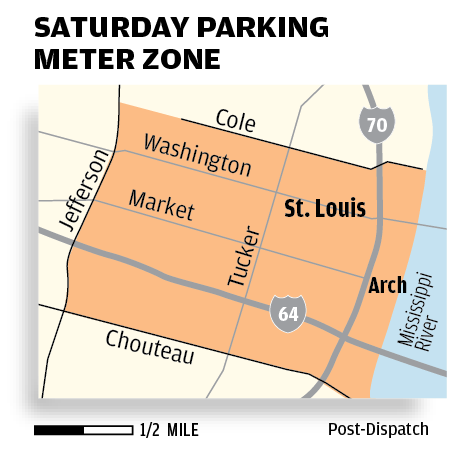 ST. LOUIS • Instead of grabbing a last-minute beer during the seventh-inning stretch, some Cardinals fans may soon start running to plug quarters into an expired parking meter.

For decades, flashing “expired” signs went unenforced in downtown parking meters on Saturdays. But City Treasurer Tishaura Jones announced on Tuesday that the city will end the long-standing policy and start requiring people to pay for street parking on Saturdays.

Starting on July 1, Jones said, downtown motorists will be required to pay for using parking meters on Saturdays, from 7 a.m. and 7 p.m. To help ease the change, violators will be issued warnings on the first two weekends of July.

Parking meter violations will continue to be exempt on Sundays.

The move to crack down on Saturdays will perhaps be the most startling for people attending afternoon Cardinals games at Busch Stadium. (There are seven home Saturday games after July 1 remaining this season, not including the playoffs.)

The parking meter fee is 25 cents for 15 minutes, and there is typically a two-hour limit, meaning baseball fans would have to run out to their cars and feed the parking meters around the seventh-inning stretch.

“I am not going to leave the game, even if I could get a stamp to re-enter, to walk to a meter to deposit more money,” said Pat Tuhill, of St. Louis. Tuhill said meters should provide adequate time to attend a downtown event, such as a three- to four-hour baseball game.

Andy Molnar, of O’Fallon, Ill., who parked on the street before attending Tuesday night’s baseball game, said the parking change is enough to make him stop coming downtown.

“I like it the way it is,” Molnar said. “The city kind of empties out on the weekends and at night. We should encourage people to come down here.”

Jones, who conceded that the change won’t be popular, said there will be no exemptions “unless a game is after 7 o’clock.”

Jones, though, said she is working with a company to allow event rates at meters. “That’s our goal, but that’s down the road,” she said.

There have been minor exceptions in the past for parking around the stadium. In 2010, the city and the Hyatt Regency at the Arch paid for parking on the Monday of the Cardinals’ home opener.

Jones said downtown is currently the only area without Saturday enforcement, and that the change is being made to apply a consistent policy citywide.

Business operators who were contacted Tuesday said they had no problem with the change.

“We believe the implementation of a consistent citywide parking policy is appropriate and will ultimately help downtown retail and restaurants by ensuring more frequent meter turnover at storefront locations,” said Kevin Farrell, a senior director at the Partnership for Downtown St. Louis, which represents many businesses in downtown.

Washington Avenue’s nightlife scene will see minimal impact, because meters will be free after 7 p.m.

The city’s parking commission voted unanimously to change the policy in May.

The standard fine for parking at an expired meter is $10 — which could still be cheaper than paying to park in a garage.

The city operates several parking garages downtown, including several near the stadium. The garages typically charge special event rates that range from $10 to $25.

Jones said the new policy was not a financial decision. She predicted the additional money intake “will be minimal.”

Nationally, big cities have toughened their stances on street parking as a way of encouraging use of mass transit.

And some cities have long had strict meter enforcement. Chicago just recently allowed free parking on Sundays, but the city enforces meters every other day, in some areas as late as 10 p.m. San Francisco recently required meters to be fed on Sundays. The city also charges higher rates for street parking near its ballpark.

St. Louisans who wind up with a ticket can take solace in one fact: Expired parking meter violations in downtown San Francisco and New York top out at $65.

• Starting July 1, parking meters downtown will be enforced on Saturdays from 7 a.m. and 7 p.m.

• Violators will only be issued warnings on the first two weekends of July.

In spite of some splendid forward-looking efforts toward the revitalization of downtown St. Louis, some decisions just don't help the effort a…

Tech-savvy systems use credit cards and smartphones, but have had hiccups.

From meters to permits and special events, St. Louis will study its parking

The FBI has labeled Fred W. Robinson a "ghost employee" allegedly paid $35,000 a year by the treasurer's office to do little.

A motorist fills a meter on 6th Street at Pine Street in downtown St. Louis on Tuesday, June 18, 2013. Photo by Robert Cohen, rcohen@post-dispatch.com