For years, the state described the division in its “Blue Book” as one that “aggressively protects Missouri’s natural resources and agricultural productivity.” Some of the office’s best lawyers were assigned to the division, which handled some of the state’s most complex cases, ranging from Missouri River water rights to dealing with pollution left behind after generations of lead mining.

Hawley, a Republican who won election as attorney general after 25 years of Democratic administrations, startled at least some state lawyers when he cut the division.

“I was surprised that that was one of his first administrative moves in the office,” said Joseph Bindbeutel, who was the consumer protection division’s chief counsel before Hawley took office. “I think it sent a really chilling message to staff — that that was no longer what he considered to be an important part of the mission.”

“I don’t think environmental problems have gone away,” added Bindbeutel, who resigned on Hawley’s inauguration day.

“That was a big red flag to me,” one attorney who still works in the office, and who spoke on the condition of anonymity for fear of retaliation, said of the division’s elimination. After Hawley’s inauguration, “poof, it was gone.”

When asked about his office’s reorganization, and the environmental team’s dissolution, Hawley, now running for U.S. Senate, spoke only in general about the reorganization.

Out of nine divisions that existed under Democrat Chris Koster, Hawley’s predecessor, Hawley dissolved only the environmental division. He downgraded the remaining eight divisions into sections and placed the various sections under two general divisions: civil and criminal.

Scott Pruitt, a Republican who became attorney general in Oklahoma in 2011, also dissolved his environmental unit upon taking office, according to E&E News, which covers energy and environmental issues. Like Hawley, Pruitt also formed a Federalism Unit that was dedicated to challenging federal laws and regulations.

Pruitt later served as administrator of the Environmental Protection Agency under President Donald Trump. Critics say Pruitt worked to dismantle the agency from the inside.

• Hawley vs. McCaskill: Coverage of the 2018 Senate race

Former Attorney General Jay Nixon, a Democrat who later became governor, formed the environmental division in 1993. In so doing, he elevated environmental issues to the highest organizational status within the office.

“I think clean air and clean water and a good environment to work in — hunt, fish, live, breathe — are important,” Nixon said in explaining the move.

Attorney General Jay Nixon speaks at a blazing tire dump about the importance of a state account that funds environmental cleanup efforts. The…

Having a division focused on environmental and agricultural issues “allowed folks to get expertise, not only in a certain area concerning air and water and permits and whatnot,” Nixon said, “but equally importantly, to make sure that when the state was needing something that it was done in a strong and consistent way.”

When Hawley dissolved the division, he split its duties between the office’s government affairs and litigation sections.

The Post-Dispatch and The New York Times have reported that the litigation section of the attorney general’s office has been plagued by departures since 2017. Michael Quinlan, who worked in the office for less than a year, left weeks after a female employee complained that Quinlan had lectured her about her sex life, the Times reported.

Josh Hawley has announced multiple lawsuits and investigations. What has he accomplished?

While his adversaries portray him as someone more interested in headlines than actual results, Hawley lists a number of actions in the two years he's been in office.

When asked about the environmental team’s dissolution, Quinlan said in an interview: “It’s emphatically not the case that environmental matters were given less attention or handled any less vigorously.”

Even after Hawley’s changes, the attorney general’s office remained in charge of handling environmental cases.

The Missouri Department of Natural Resources, which also came under Republican leadership in 2017, said the attorney general’s office was handling about 180 of its cases; many of them take years to resolve.

She said DNR had made 36 enforcement referrals to the office since January 2017. The attorney general’s office has “taken action” on 25 of those referrals and is preparing actions on the remaining 11, Compton said.

“The Attorney General’s Office does not have original jurisdiction over most environmental matters and relies on client agencies to refer matters for enforcement,” she said in a statement.

Past staffers said that while the office generally does wait for referrals before taking action, the attorney general can push for referrals behind closed doors; or, the office can take action unilaterally on environmental matters.

Bill Bryan, who served in Nixon’s environmental division before working for his gubernatorial administration, said the attorney general’s office could act independently of regulators to enforce environmental laws.

“It is always an answer to say that ‘Nobody’s asked me to do that,’ but that doesn’t mean it’s the right thing to do,” Bryan said. “There are mechanisms for the attorney general to be an advocate for the people and protect the environment when they think it’s necessary.”

When asked for highlights of Hawley’s environmental record, Compton pointed to a settlement with the owners of the Bridgeton Landfill; a letter Hawley wrote to Illinois regulators in opposition to proposed levee rules; continued legal action against a North Dakota/Missouri River water project; finalizing a trust connected to a settlement with Volkswagen over its emissions; and ensuring St. Joseph-based HPI Products continued to clean up hazardous waste.

The Post-Dispatch reported in October that under then-Gov. Eric Greitens and current Gov. Mike Parson, both Republicans, the DNR has emphasized compliance checks over enforcement measures.

While critics worry that the state is going soft on polluters, the DNR contends that its role is to partner with industry to ensure compliance.

In a Senate debate this month, Hawley acknowledged that humans cause climate change and then segued into a defense of cutting government regulations.

“We should look at science and see what the outcomes can be,” Hawley said. But, he said, “I am very concerned about environmental regulations coming from the EPA and elsewhere that choke off family farms, that choke off small businesses.”

Hawley vs. McCaskill: Coverage of the 2018 Senate race

Post-Dispatch coverage of the 2018 race for Missouri's U.S. Senate seat.

Under pressure from aldermen, the Jones administration ends previous policy of requiring traffic studies before the measures are installed. 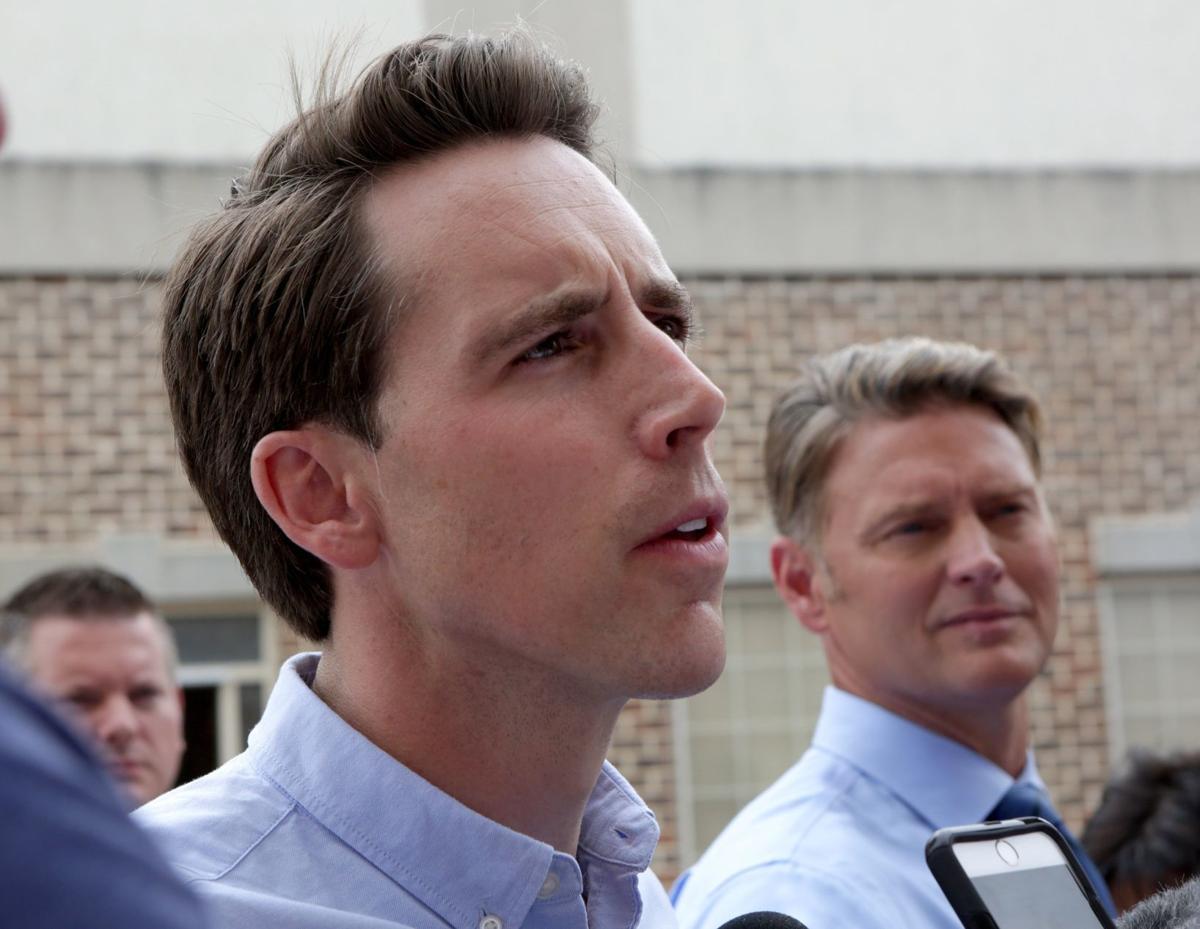 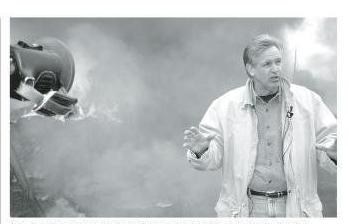 Attorney General Jay Nixon speaks at a blazing tire dump about the importance of a state account that funds environmental cleanup efforts. The undated photo is from the attorney general's office 2005 annual report.