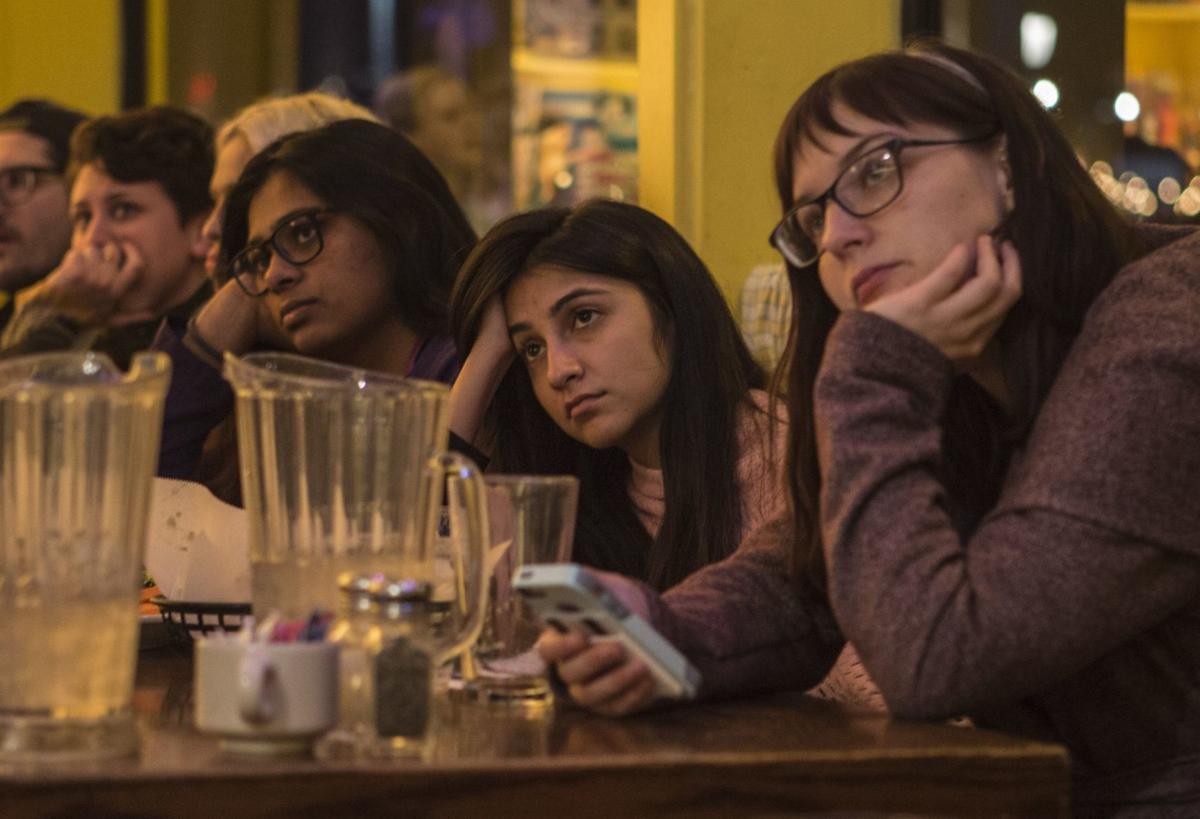 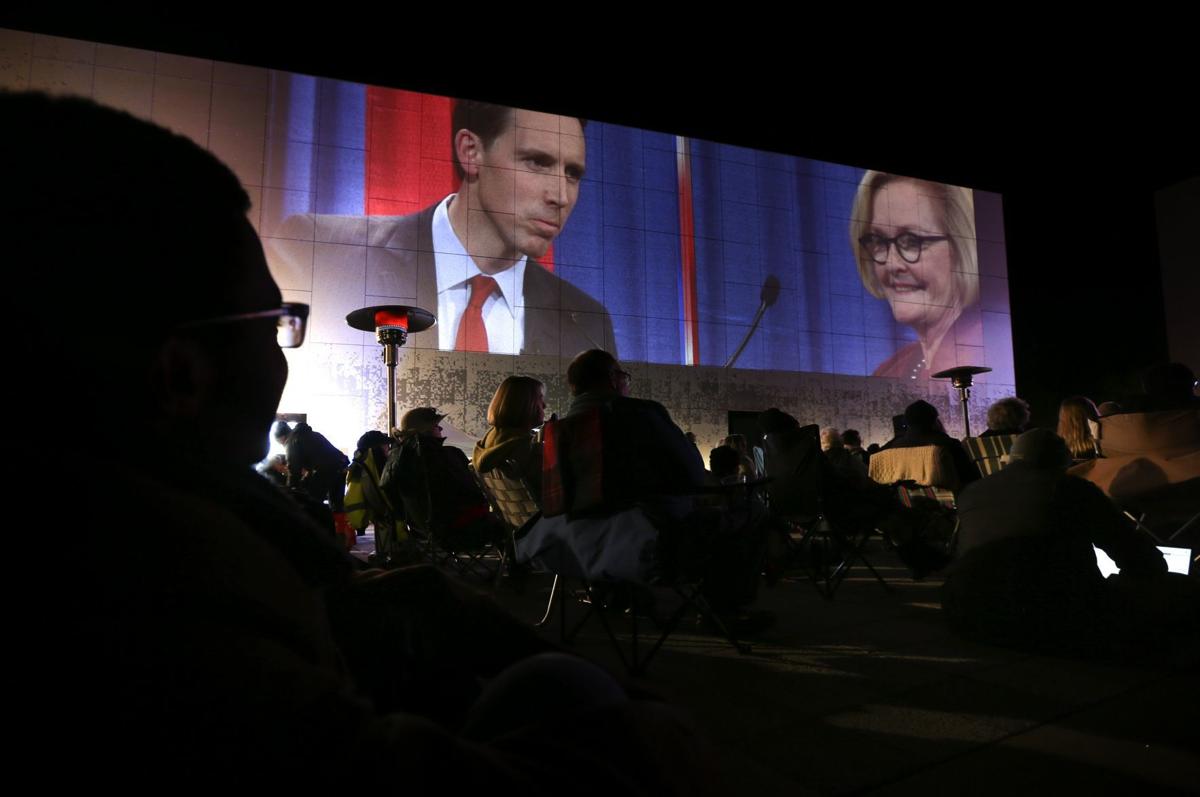 ST. LOUIS • Scores of residents intent on watching Thursday night’s U.S. Senate debate started setting up lawn chairs next to the space heaters and viewing screen in the common area outside the St. Louis Public Radio studio about an hour before it started.

Madonna Laws-Lowell, 51, and her husband, David, of Crestwood, were two of the first people at the watch party for the debate, which was co-sponsored by the radio station. Laws-Lowell, bundled up in a jacket and hat, brought a notepad.

“If I hear something I like from either side, I’m going to make a mark,” she said before the debate. “Then I’m going to add them up.”

The two St. Louis County natives have voted in each election since they were both 18 years old, David Lowell said. They always fill out a ballot before voting and share it with their neighbors; this year there are 49 issues on their ballot. Debates are the most important factors in their decisions because they get to hear directly from the candidates, he said.

Though they voted for Claire McCaskill in her run against former U.S. Rep. Todd Akin., they said they had never been straight-ticket voters.

“We feel like we’re right in the middle,” Laws-Lowell said. “I own a gun, and I contribute to the ACLU.”

While they’re not happy with President Donald Trump’s administration, they also don’t want to see one party dominate Congress.

“I want them to have to sit down, talk through issues and make compromises,” David Lowell said.

Kimberly Clark wrapped herself in a blanket as she watched the debate. A Claire McCaskill sign sat at her feet.

Clark, 56, has been volunteering for the campaign, knocking on doors and making phone calls to reach out to potential voters.

Her parents were civil rights activists in Mississippi who witnessed the assassination of the Rev. Dr. Martin Luther King Jr. They taught her how important voting is.

“My family never wanted anyone to be excluded, and one of the best ways to get a seat at the table is to vote,” she said before the debate.

Clark is fearful the country has taken “a big 40-year jump backwards” under the Trump administration, she said.

“This is the first time in a long time that I’ve felt nervous,” Clark said. She grew up in Clarksdale, Miss., and said she faced discrimination there. “I always knew there was division, but right now it feels like even the White House is spewing the same hatred.”

A former social worker and union organizer, Clark said her most important issue was health care. She works in an area hospital helping the uninsured get more affordable care, and she wants to see Missouri expand Medicaid, she said.

“Everyone should have the same health care our elected officials have.”

Paul Harris, 62, was one of the outnumbered supporters of Josh Hawley outside the debate Thursday night. He said after the debate that he thought both candidates had an “impressive” performance but that he wished Hawley had attacked McCaskill for her vote against the GOP tax law.

“That is more money going to Missouri families, and she didn’t support it,” he said.

Critics of the law contend that any boost will be negligible for many families and that the tax cuts had more benefits for the wealthy.

Harris grew up in Granite City and recently retired from a marketing career. He said economics was most important to him. He said that Trump had been good for the U.S. economy and that Democrats would further inflate the national debt and raise taxes.

He said that he shared Democrats’ views on social issues but that ultimately he felt McCaskill had been in office too long.

“It’s time to let someone younger and more vibrant come along,” he said.