JEFFERSON CITY — Gov. Mike Parson, a former member of the Missouri House and Senate, has tapped another one of his former legislative colleagues to serve in his administration.

In an announcement Friday, the Republican named former Rep. Sheila Solon, 62, as the acting director of the Division of Professional Registration, an agency that oversees licensing for various professions.

Solon, a Republican, represented Blue Springs and Lee’s Summit in the House from 2010 to 2016 and then served the past two years representing Buchanan and Andrew counties.

She left the Legislature because of term limits.

Her salary was not immediately available, but is expected to be greater than the $35,900 she made as a lawmaker, allowing her to boost her state pension.

In taking the job, Solon becomes at least the 15th former state lawmaker appointed to a key post in Parson’s administration.

Others include former Speaker Todd Richardson, who is being paid $225,000 to oversee the state’s Medicaid system and help run the state’s response to the pandemic.

Former Sen. Brian Munzlinger, R-Williamstown, is making $86,000 as a member of the Missouri Probation and Parole Board.

Lyndall Fraker, a former state representative from Marshfield, was tabbed to oversee the implementation of the state’s medical marijuana program. And former Rep. Craig Redmon, R-Canton, was named director of the state’s Division of Energy earlier this year. He earned $104,000 last year.

Hartzler is the first member of Congress to announce a campaign to succeed U.S. Sen. Roy Blunt.

Just five months into her first term, the St. Louis lawmaker has emerged as one of the most visible faces of the Democratic Party’s left wing. 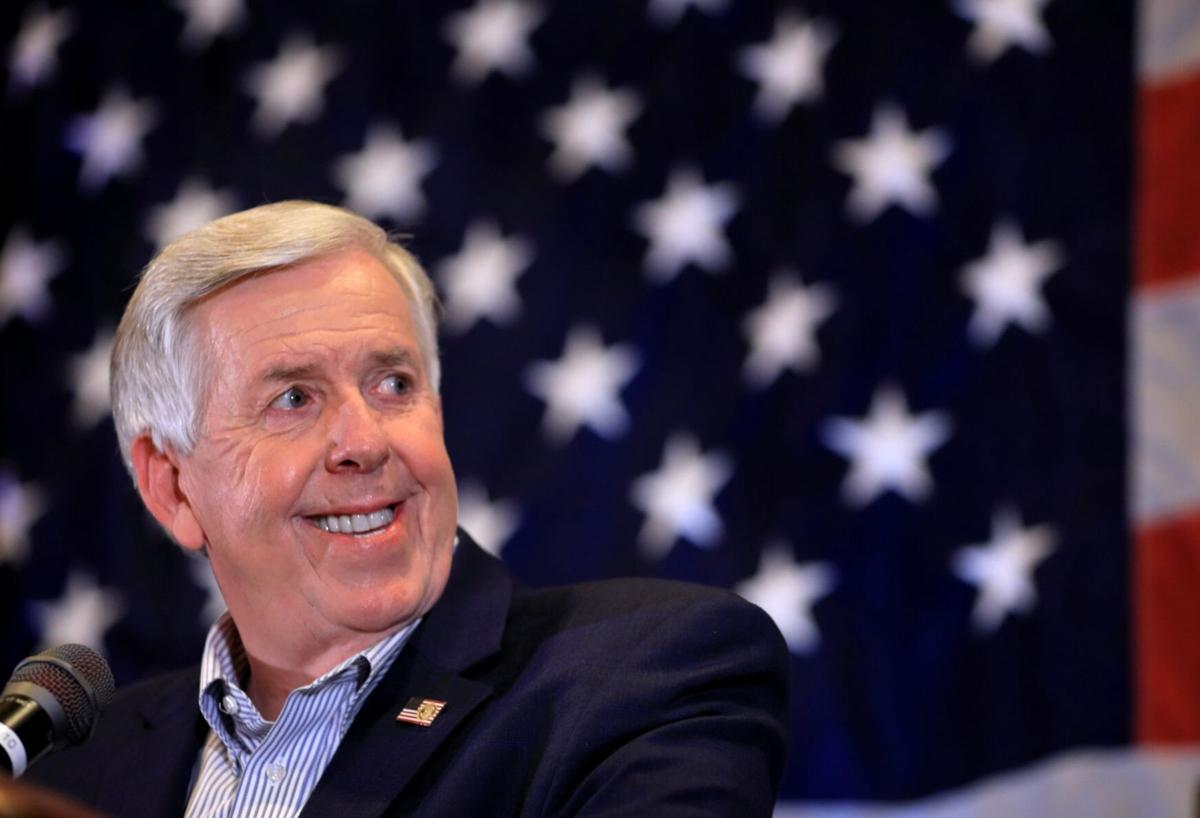 Missouri Gov. Mike Parson addresses the crowd as he announces his victory in the election for Missouri Governor at the Missouri GOP election night watch party at the White River Conference Center in Springfield, Mo. on Tuesday, Nov. 3, 2020. Photo by David Carson, dcarson@post-dispatch.com