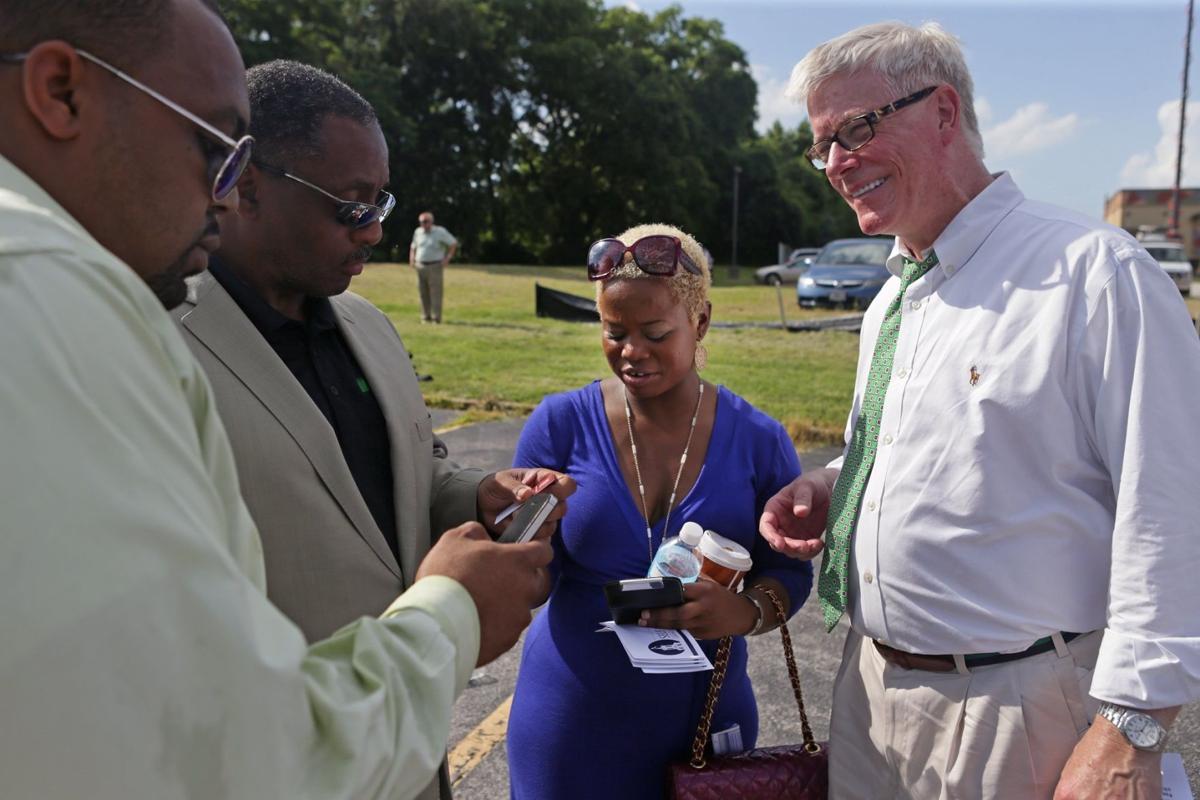 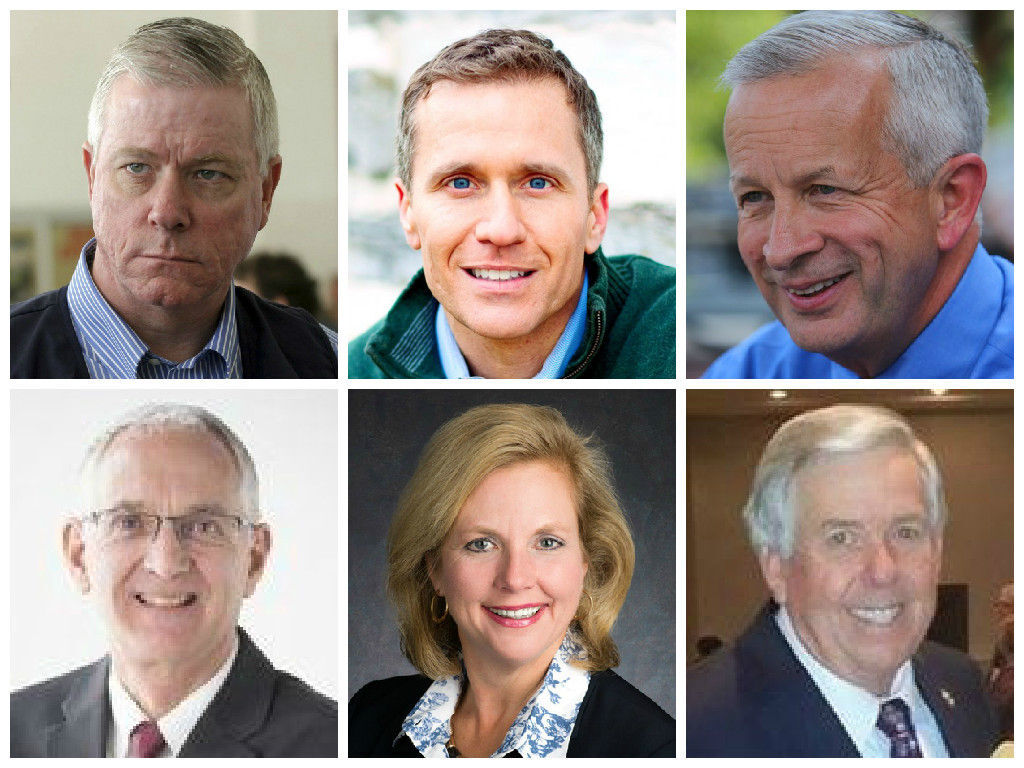 DELLWOOD • The riot-scarred stretch of West Florissant Avenue isn’t a typical place where Republicans announce for higher office. The streets and storefronts of Dellwood and Ferguson, rocked over the last year by racial unrest, have long been solid Democratic territory.

But Missouri Lt. Governor Peter Kinder stood on the parking lot of the New York Grill here on Sunday and declared a bid to be the next governor, hammering home a theme that the events last year in the north St. Louis County communities represent a “metaphor for government failure.”

“I want to welcome you to a Republican campaign like no other,” Kinder said.

Kinder was joined by Republicans and Democrats — along with some familiar faces from the Ferguson unrest.

Before Kinder spoke, Ferguson Mayor James Knowles addressed the crowd — people who waited on a sticky afternoon with temperatures in the 90s. Knowles said Kinder would free the state from failed leadership that “started long before last August and November.”

Tony Thompson, a well-known Democrat and businessman, introduced Kinder, saying: “He has been fair to the urban centers throughout the state of Missouri.”

Kinder, of Cape Girardeau, was a vocal critic of Gov. Jay Nixon throughout the unrest. In August, within days of the shooting death of Michael Brown, Kinder slammed Nixon, a Democrat, for what he called a slow response to the resulting riots.

And after St. Louis County Prosecuting Attorney Robert McCulloch announced that Ferguson police officer Darren Wilson would not be charged for Brown’s death, Kinder blasted Nixon, saying he kept the National Guard away “while Ferguson burned.”

On Sunday, Kinder kept repeating the words “never again,” saying he won’t allow another Ferguson if he’s elected to run the state.

Nixon is term-limited from running for re-election. Missouri Attorney General Chris Koster is the only announced Democrat in the gubernatorial race.

Kinder touched on a variety of other issues, including education and crime, saying statewide officials have stood back as the St. Louis crime rate spiked 40 percent this year. He said he plans to make Missouri competitive again “so that people want to move here, stay here and create jobs.”

Kinder’s announcement comes on the heels of the news that he and long-time consultant David Barklage had parted ways. Barklage has already been advising potential GOP gubernatorial candidate John Brunner.

Kinder earlier had said he would seek a fourth term as lieutenant governor. But in April he told the Post-Dispatch that the death of Auditor Tom Schweich “shuffled the deck” and had him considering a gubernatorial run.

Schweich, a former frontrunner for the GOP nomination, committed suicide Feb. 26, after complaining about the tactics of fellow Republicans in the race. Kinder had supported Schweich over the years and donated more than $200,000 to him during his first statewide election in 2010.

Kinder referenced Schweich’s death on Sunday and said “enough of the negative campaigning.”

Kinder has been a reliable statewide candidate. He is the only Republican holding a statewide office — something he has done for more than a decade. That’s a bright spot for Republicans who have struggled to win statewide offices, even as the state has trended conservative over the last decade. First elected lieutenant governor in 2004, Kinder has never lost a statewide race.

Through the years, he has weathered negative publicity. In 2011, he personally repaid the state government $52,000 for hotel bills racked up while attending sporting events, society balls and holiday parties. Also that year, Kinder, who is single, came under fire for his friendship with a former stripper.

Regardless, he has remained a popular political figure and a formidable candidate in a crowded race.

Other announced candidates on the Republican side are former Missouri House Speaker Catherine Hanaway, state Sen. Mike Parson, and former state Rep. Randy Asbury. Considering candidacies are former Navy SEAL and author Eric Greitens, and Brunner, a businessman who sought the GOP nomination for the U.S. Senate in 2012.

Kinder to announce 2016 plans on Sunday, amid hints of a gubernatorial run

Would make him the fourth announced candidate for the GOP nomination.

Legislators to Lt. Gov. Kinder: Your $86K salary is enough

They turn down his request for per diem addition.