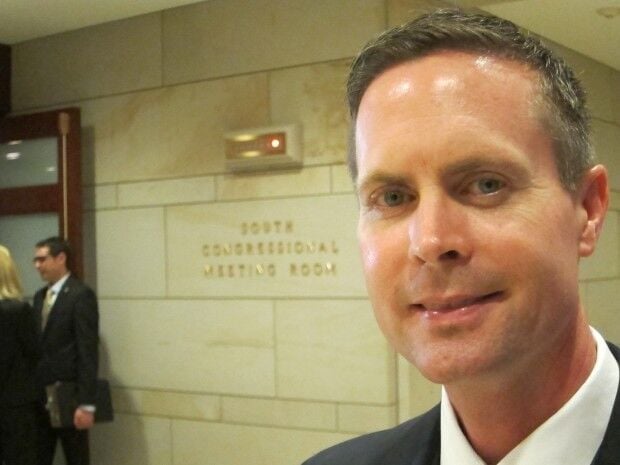 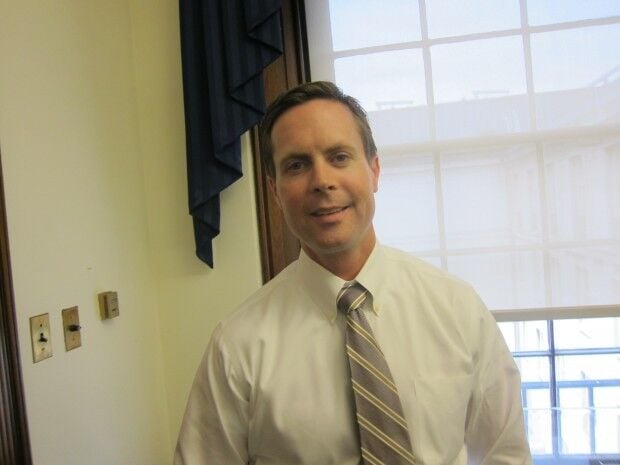 WASHINGTON • U.S. Rep. Rodney Davis recalls the moment he learned that Democrats had identified him as a special target for defeat in 2014.

He was standing in line for freshman orientation the week after winning his seat last November.

“The honeymoon didn’t even last a week,” Davis, R-Ill., said. “When you win by a thousand votes in a district they didn’t expect you to win, you know that they’re going to come after you.”

Technically, Davis’ honeymoon in Washington lasted a shade over four months, though it was punctuated by flying barbs from national Democrats. Last week, a challenger formally emerged — a full 18 months before the 2014 congressional elections.

Saying she was frustrated that Washington “is not listening,” Ann Callis declared her intention to be the Democratic candidate in one of the diminishing number of congressional districts viewed as competitive. She retired as Madison County chief judge the week before.

The announcement is early even by standards of the “permanent campaign” that analysts say has overtaken Washington. It suggests an effort by Democrats to convey the sense of a wide-open playing field in 2014. Thus far, about 20 Democrats have declared candidacies for U.S. House seats, some with primary contests.

Meanwhile, Republicans have encouraged recruits to hang back to avoid perils of early campaigning.

The marathon contest will test whether Callis, 48, can make the transition from the rarefied air of judicial politics. Davis has the challenge of separating himself from the hard-edged policies emanating from his GOP House caucus while crafting an appeal to moderate voters in Illinois’ meandering 13th District.

The new district stretches from the rich, black soils of central Illinois to the Mississippi River, including parts of Alton, Collinsville and Edwardsville. The district has the unusual characteristic of taking in nine universities and colleges.

Davis’ narrow victory in November was a bitter pill for Democrats, who expected one of their own to prevail in the district they had drawn, with Barack Obama on the ballot in his home state.

Heading into the last election, the district was rated slightly Democratic. But given Davis’ victory and the fact that Obama won’t be on the ballot in 2014 to turn out voters on all those college campuses, leading handicappers now give Davis a slight edge.

Even so, David Wasserman, who analyzes House races at the nonpartisan Cook Political Report, regards Davis as “probably among the top five vulnerable Republicans” in the House.

“I think Davis starts out with a 5-point bump from where he was in 2012. Whether the Democratic candidate can offset that is really an open question,” he said.

Democrats weren’t going to sneak up on Davis.

He may be a rookie congressman, but Davis, 43, of Taylorville, was around the political game for 16 years as an aide to Rep. John Shimkus, R-Collinsville.

He raised $390,000 from January through March, nearly two-thirds from PACs. Notable in his receipts were contributions from several labor unions.

Just before Callis announced, the National Republican Congressional Committee named Davis as one of 11 members in its “patriot program,” which comes with promises of campaign cash and organizing help in the months ahead.

In the early going, Davis has toed the party line on some of the bigger partisan votes, among them a GOP-drawn budget with proposed changes in Medicare — time-tested campaign ammo for Democrats.

But he has departed the GOP fold in some key votes. In February, he was in a minority of Republicans voting to reauthorize the Violence Against Women’s Act that later was signed into law by Obama.

Last month, Davis was one of just 10 Republicans voting against a GOP-drawn proposal to essentially freeze the work of the National Labor Relations Board, an independent agency that helps mediate labor disputes.

Davis also was among 49 in the GOP voting for a $50 billion relief package to aid victims of Hurricane Sandy, which struck the northeastern United States last fall.

“One day, the Mississippi is going to flood again to ’93 or ’95 levels, or higher, and we’re going to go to these people and say, ‘We need your help’,” Davis said, explaining his vote.

Thus far, all of Davis’ legislation has had Democratic co-sponsors.

“It seems over the last four and a half or five years, we’ve seen nothing but partisan roll calls and polarization,” he said.

Davis defends his vote for the Republican-drawn spending plan, asserting that it would balance the budget in 10 years and keep Medicare as is for current beneficiaries. He adds: “Those are just visions, but in the end, we’ve got to come in and fix some of the problems.”

As for Callis, her views on issues debated by Congress are not known. As a judge, she largely has avoided taking public positions on many issues; during her announcement, she said helping the economy and veterans would be among her priorities.

In the contest’s early stages, the Democratic Congressional Campaign Committee is leading the offensive on Callis’ behalf. Last week, for instance, the Democrats’ political arm swiftly blasted out the message that Davis had voted to put health care back in the hands of insurance companies by joining another GOP effort to repeal the Affordable Care Act.

PERILS OF A PROTRACTED RACE

As the elected leader of the GOP freshman class, Rep. Ann Wagner, R-Ballwin, represents the other 34 Republicans elected to the House last November.

Wagner also has a hand in congressional politics, helping Republicans recast their message and recruiting candidates for the 2014 elections.

“He’s one of the guys who looks to loosen the logjam of Congress,” she says of Davis.

As for the early start by Davis’ Democratic rival, Wagner said: “I think it’s a poor strategy to lengthen the campaign in a public way. You’ve got to be careful how exposed you are out there.”

Nathan Gonzales, deputy editor of the nonpartisan Rothenberg Political Report, predicts the Illinois race will be close because of the design of the district.

Long campaigns enable plenty of time to build organizations, he says. But, he adds, “they also allow more time for candidates to say something stupid.”

Wasserman observed that in the course of a long campaign, a challenger’s negative ratings can rise as high as the incumbent’s. In Callis’ case, Republicans already are labeling Madison County “a judicial hellhole” for its reputation as a forum for personal injury lawsuits.

“Often, when a race starts early, it bears little resemblance to what it looks like a year later,” he said.

FOUL: Ann Callis, Democratic candidate for the U.S. House in Illinois’ 13th Congressional District, needs to get her house ... er, make that h…

A year and half out, Callis makes it official for Congress

National party will boost Ann Callis and seven others in bid to take the House.