Treasurer candidates call for Wahby to step down as chair of St. Louis Democrats
0 comments
Share this
{{featured_button_text}}
1 of 2 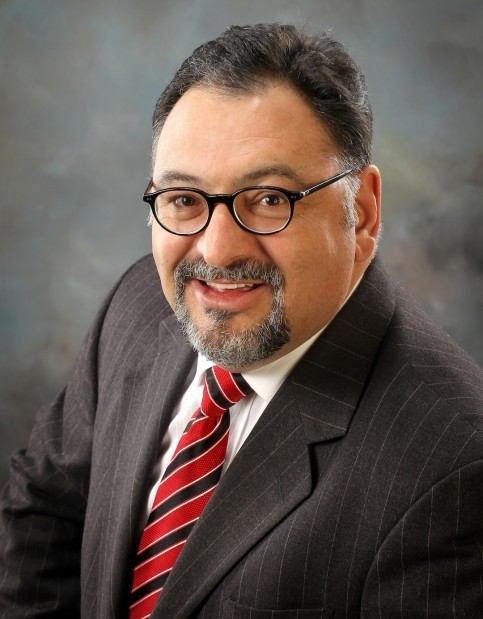 UPDATED at 2:05 p.m. with comments from Brian Wahby.

ST. LOUIS • Brian Wahby, chair of the city's Democratic Central Committee, has long been a powerbroker in city politics.

But when he announced a run to replace much-maligned city Treasurer Larry Williams, his opponents cried foul. To chair the city's main political machine and also run for office, said some in the competitive race, is a conflict of interest.

The state Democratic party is telling Wessels that he must go through Wahby to get the party's database of Democratic voters, called the Voter Action Network, or VAN.

Candidates like the list, and use it to send mailers, make final phone-bank calls or target swing voters.

But Sara Ferrill, the Missouri Democratic Party's administrative and party affairs manager, sent Wessels an email earlier this week, telling him that the committee had just changed its policy:

"With respect to that new policy I cannot give you access to the VAN for this race, you will need to contact the St. Louis Central Committee Chairperson, Brian Wahby for access," Ferrill wrote. "Thank you!"

But Wessels was upset. He said he asked for the list last week, and was told he'd get it this week. Then he finds that, in the interim, the committee has changed its policy.

"I'm certainly suspicious of the timing - and the decision itself," he said. "I mean, three days later, they tell me they can't give it to me, that I can't get access to this information, that I have to get it from one of my opponents?"

"To me, it's a clear conflict of interest for the city chairman to run for citywide office," he continued.

Wahby called Wessels' complaint a non-issue. "This is a phony controversy," he said. "If anybody asks for access to the VAN, there's no reason I wouldn't give it to them." Wessels, he added, would have to pay his party dues first.

Two of the other candidates, state Representative Tishaura Jones and Alderman Jeffrey Boyd, agreed with Wessels.

Boyd said he hasn't asked for the list yet, but "under the new circumstances, I would question the credibility of it. If I have to receive it from someone I'm running against, how credible will it be? Someone may tamper with the information."

Jones said the NAACP has called for Wahby to step down from the party seat while he campaigns.

Wahby said he's hardly the first to be party chair and run for office. Freeman Bosley Jr. was while he ran for circuit clerk, Wahby said, as was Recorder of Deeds Sharon Carpenter.

Wessels letter to Wahby over VAN

Wessels to Wahby: "Suspicious, to say the least"

NAACP calls for Wahby to remove self from management