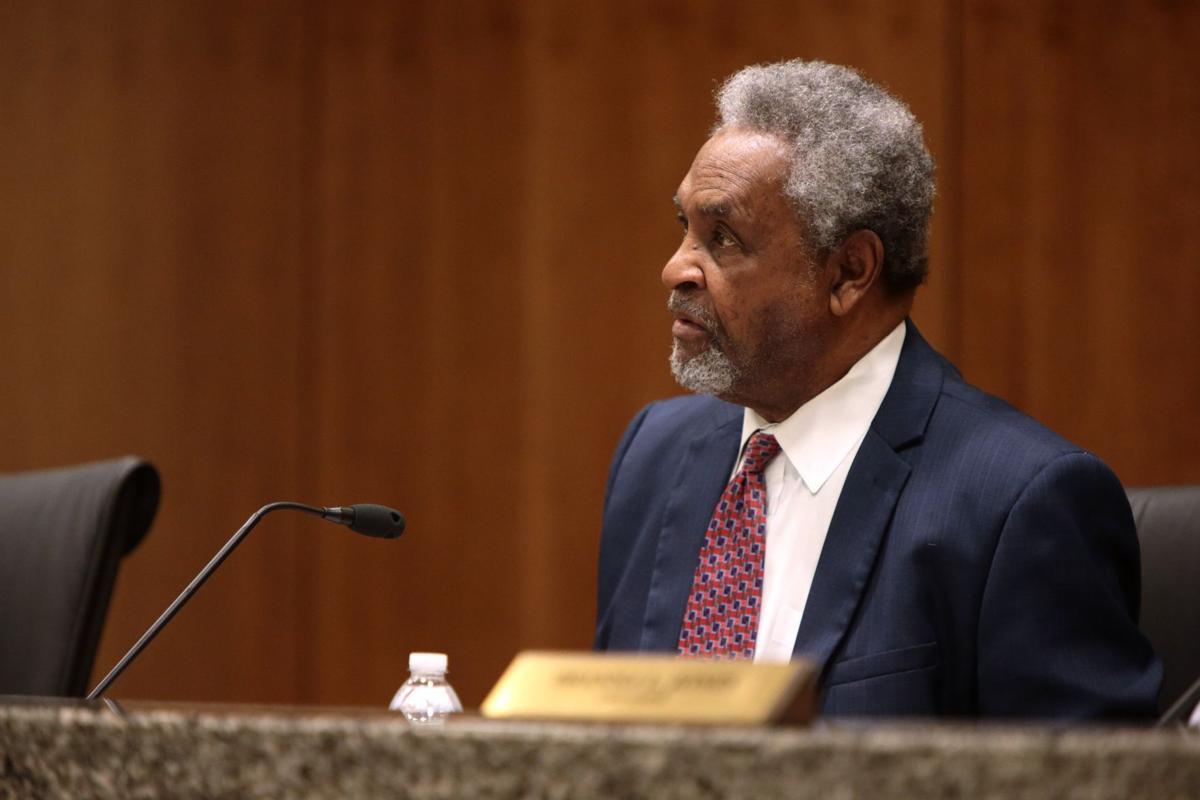 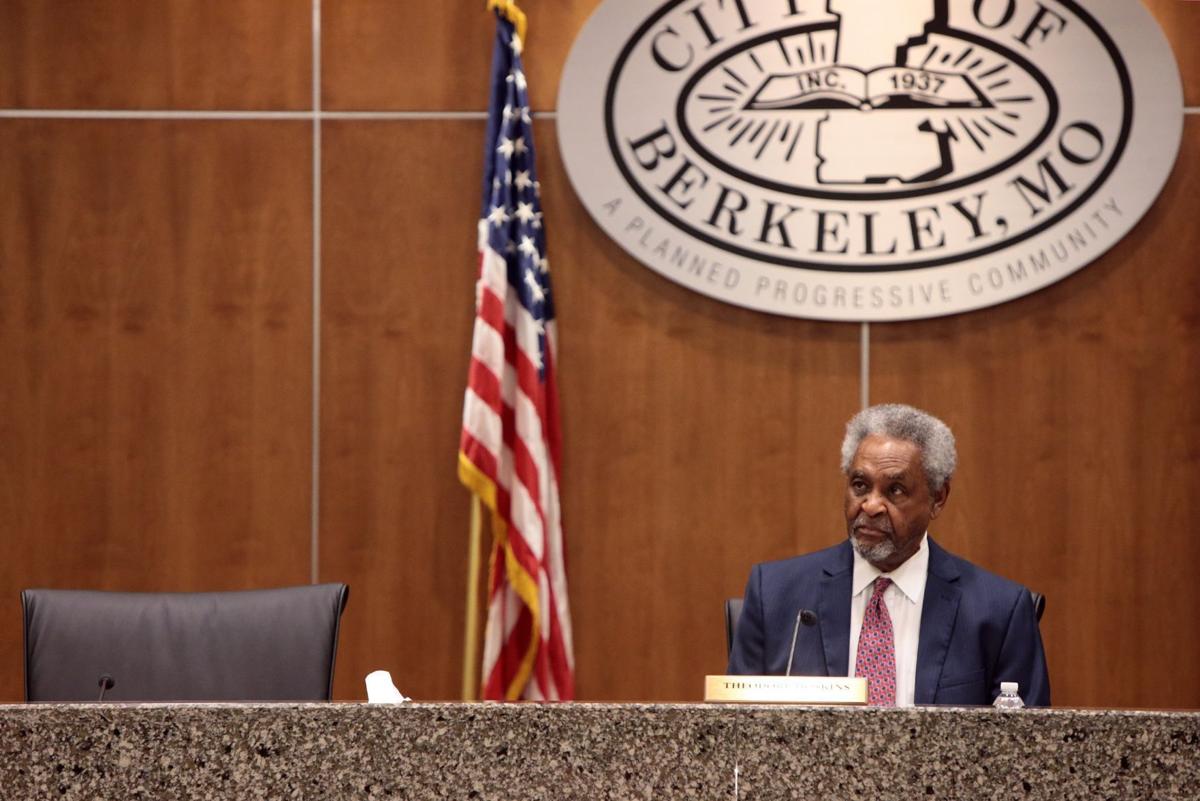 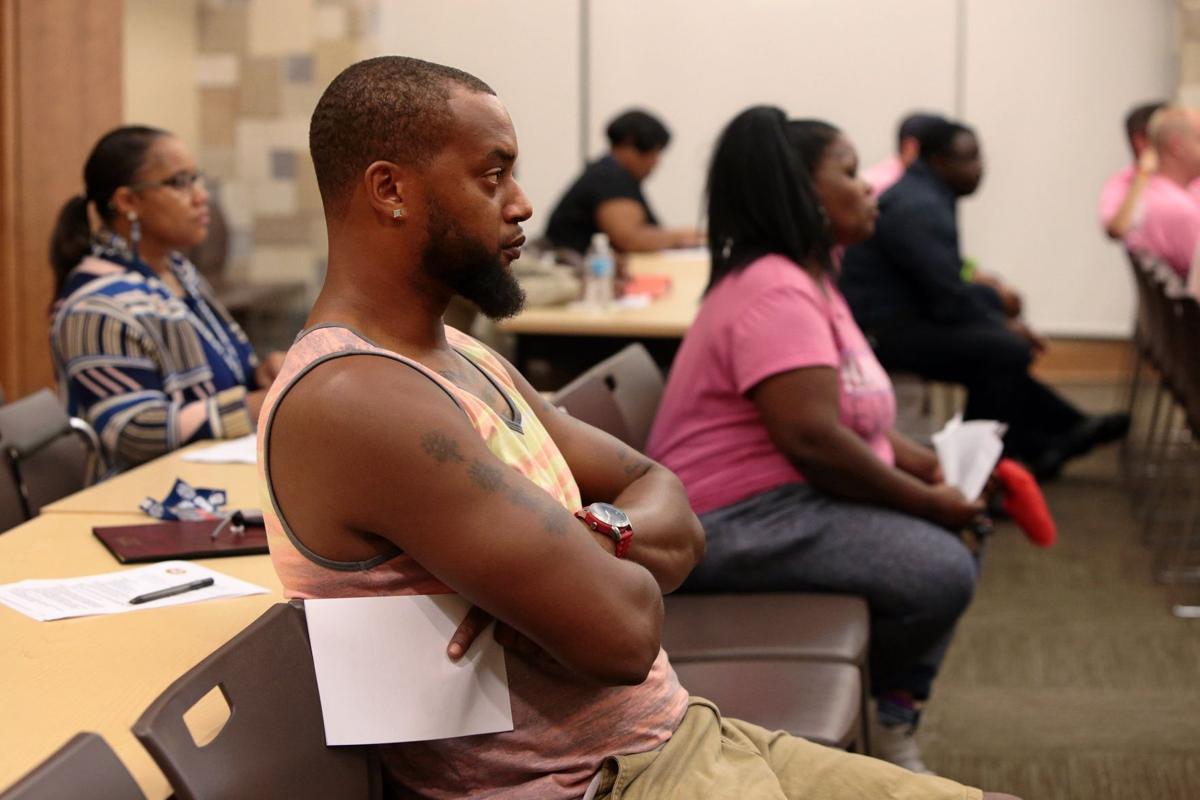 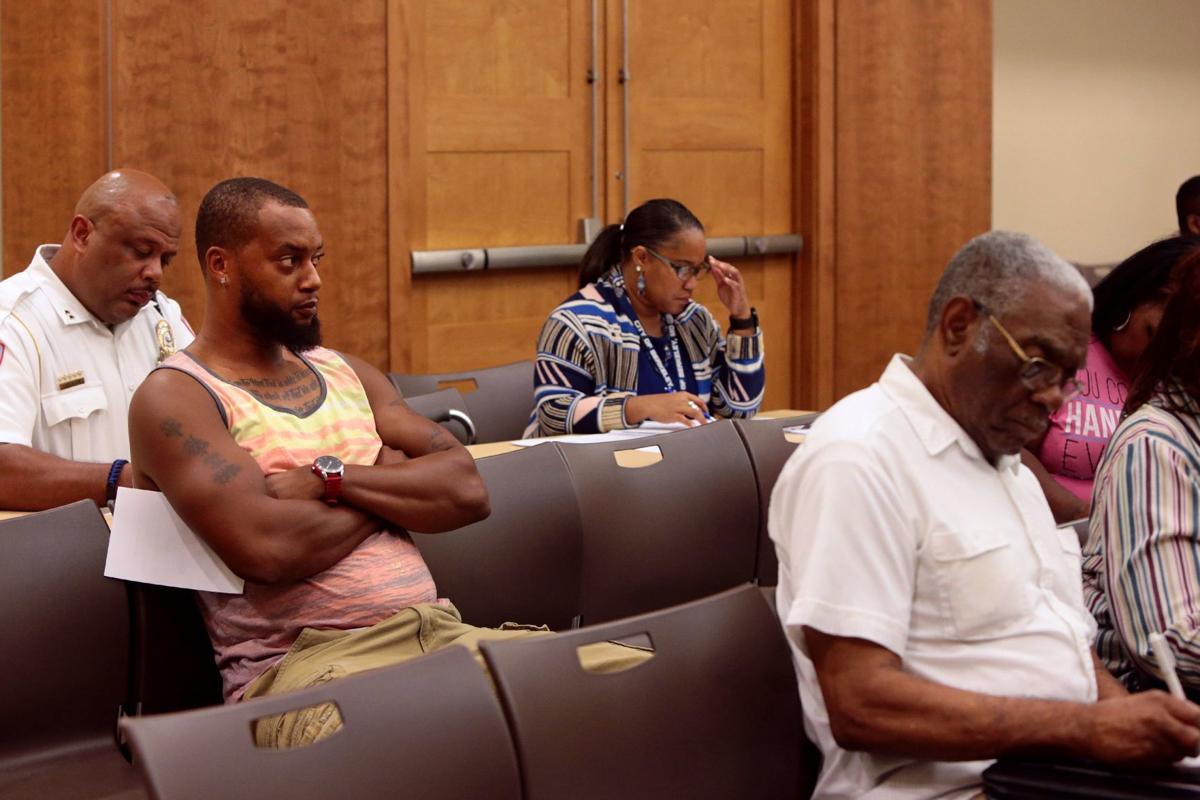 BERKELEY • St. Louis County prosecutors are investigating vote fraud allegations in this city near Lambert-St. Louis International Airport, specifically whether the mayor and his supporters illegally interfered with the absentee ballot process.

Details of the investigation, which includes interviews by the FBI, were revealed in a series of emails obtained by the Post-Dispatch through a public records request, part of the newspaper’s ongoing investigation into voting improprieties.

In St. Louis County, where a shortage of ballots in April led to widespread confusion and anger at the polls and a shakeup at the Election Board, some voters also complained of interference by Berkeley Mayor Theodore “Ted” Hoskins. Specifically, they alleged that he or someone from his campaign picked up absentee ballots not contained in sealed envelopes as the law requires, Eric Fey, Democratic director of the Election Board, said in an interview.

In other cases, residents said Hoskins instructed them not to seal the ballot envelopes before he could retrieve them, Fey said. Some residents also said they were encouraged to fill out absentee ballot applications and hand them over to Hoskins or one of his supporters.

Hoskins says that he has done nothing wrong and that the allegations are being fueled by his opponents.

Hoskins was on the April 5 ballot, running for re-election against two other candidates. He ended up winning by 13 votes out of nearly 1,200 cast. On Election Day, an FBI agent and a St. Louis County Police detective watched election workers open the envelopes from voters in a few precincts, Fey said. A small number of ballots appeared to have been altered or had questionable markings, he said.

The alterations had a specific result, Fey recalled.

“To my recollection, they benefited Hoskins and or his political allies,” Fey said.

He said he could not remember exactly how many ballots seemed to have been changed. But in response to a Post-Dispatch records request for copies of ballot envelopes, Fey revealed that at least two of the envelopes had been turned over to law enforcement officials as part of an investigation.

Irregularities involving absentee ballots in the August primary in St. Louis city prompted Circuit Attorney Jennifer Joyce to begin an investigation into allegations of criminal conduct that included bringing some people before a grand jury.

In St. Louis County, by contrast, federal and state authorities have been investigating complaints about absentee voting for at least a year, emails and other records obtained by the Post-Dispatch show. Those records indicate the investigation includes at least three other communities: Dellwood, Pagedale and Jennings. But the documents do not reveal much detail beyond Berkeley.

During the April election, the Election Board was so concerned about the allegations that Fey and Gary Fuhr, the former Republican director, personally visited an absentee voter to retrieve her ballot.

State law makes it clear who can handle absentee ballots or applications for them. It is limited to the voter, family members of the voter and election authorities. It is a felony to knowingly alter, deface, damage, destroy or conceal any ballot after it has been filled out by the voter.

Hoskins, 78, a retired finance director and former state representative, denied handling any ballot himself. He said he was well aware of investigators’ presence in his city. He said the FBI questioned voters after every Berkeley election, adding that he got phone calls every time they showed up.

“The FBI has been out here this week, too,” Hoskins said in an interview earlier this month. “I think they are trying to say to (residents): ‘Ted Hoskins is doing voting for you.’ ”

‘Who do you think they call?’

Providing a voter with an absentee ballot application is legal. But only the voter or a second-degree relative or closer, such as a sibling or grandparent, can submit the application to the Election Board. Violating that law is a felony, Fey said.

State statute also spells out that it is a misdemeanor, punishable by a $2,500 fine and/or a year in jail, for anyone except an election authority employee to have possession of a ballot after it has been filled out by the voter.

Hoskins said that although he provided voters with applications for absentee ballots, he instructed voters to mail them to the Election Board themselves.

“I make it very clear I don’t pick up applications,” he said.

And although he is adamant that he has not gotten involved in collecting and mailing absentee ballots, Hoskins acknowledged that members of his campaign had.

“Who do you think they call to help show them how to vote?” Hoskins said. “They don’t call the Board of Elections. They call the person that gave them the application.”

Whirmeldae Wilson is one of several Berkeley voters who have complained about Hoskins in recent elections, according to Election Board documents.

Wilson told authorities Hoskins first stopped by her house in 2012 to lobby for her vote and to inquire if she wanted to vote absentee. She said Hoskins collected the application she had filled out, then later came back and offered to mail her completed ballot.

To ensure no one could tamper with the ballot, Wilson said, she sealed each side of the envelope containing her absentee ballot with packing tape.

In that race, Hoskins defeated his opponent, Babatunde Deinbo, 517 votes to 418. Thirty-six percent of Hoskins’ votes came from absentee ballots — the highest share received by any of the 32 mayoral candidates in St. Louis County that election cycle. The next highest share of absentees among mayoral candidates was 14 percent. Countywide, 8.6 percent of votes came from absentee ballots.

In April of this year, when Hoskins was on the ballot again, Hoskins paid Wilson another visit, she reported to authorities. He told her someone from his campaign would drop off an application to vote absentee. A campaign worker later stopped by with an application, she said. Wilson said she was told that she didn’t need to fill out the whole form, but just had to sign her name.

“That’s like signing a blank check,” Wilson explained to the Post-Dispatch. “I’m not going to do it.”

Instead, Wilson said, she filled out an application on her own.

After Wilson’s application was submitted, Hoskins and his daughter, television reporter Kelley Hoskins, both offered to mail in her absentee ballot for her, Wilson said. In a brief interview, Kelley Hoskins, who works for KTVI (Fox 2), told the Post-Dispatch she collected absentee ballot envelopes for “anybody who requests it.” She declined to answer additional questions.

Instead of handing over her ballot to the mayor or his daughter, Wilson complained to the Election Board, prompting Fey and Fuhr to go to her house and gather her ballot personally. They were accompanied by an FBI agent, Wilson said, showing a reporter the business card the agent had left with her.

Five other residents told the Post-Dispatch that Hoskins, his daughter or someone from his campaign had collected their absentee ballots in envelopes for April’s election. One of those residents, Tamika Jones, said she had no problem having her ballot envelope picked up. “I don’t really get out of the house much,” she said.

‘I thought for sure they’d give us a re-vote.’

Deinbo’s name has been on the ballot for every mayoral election in Berkeley since 2000. In the past two elections, Deinbo, 55, a Nigerian immigrant, won the most votes cast on Election Day but lost badly to Hoskins in the absentee column.

In April, 23 percent of the votes cast for Hoskins were absentee — the highest percentage in St. Louis County in any mayoral race in 2016, excluding an unsuccessful candidate in Greendale who received only 12 total votes.

In the past two months, circuit judges in St. Louis have ordered new elections for two Aug. 2 races in response to lawsuits. Both of the initial contests were tainted by the fact that the city’s Election Board didn’t require all absentee ballots to be placed in sealed envelopes, judges said.

In April, the St. Louis County Election Board sued for a new election on Deinbo’s behalf, not because of absentee votes but because some precincts ran out of standard ballots on Election Day. Deinbo earned 428 votes at the polls compared with Hoskins’ 372. The 113 absentee votes Hoskins received helped him notch the win.

But Circuit Judge Maura McShane ruled that “the drastic remedy of a new election is not called for as the evidence demonstrates that the irregularities were not sufficient to cast doubt on the outcome of the election.” The decision surprised Deinbo and William Bayless III, who finished a distant third.

“The margin being 13 votes between Hoskins and Deinbo, I thought for sure they’d give us a re-vote,” Bayless said. “The mere fact that we had a shortage of ballots and people were turned away. I think it would have most definitely changed the outcome for Deinbo.”

St. Louis voters confront changes to process as they can vote for more than one candidate

It will be the first election held under the city’s new nonpartisan ‘approval voting’ system. The top two vote-getters per office advance to an April runoff.