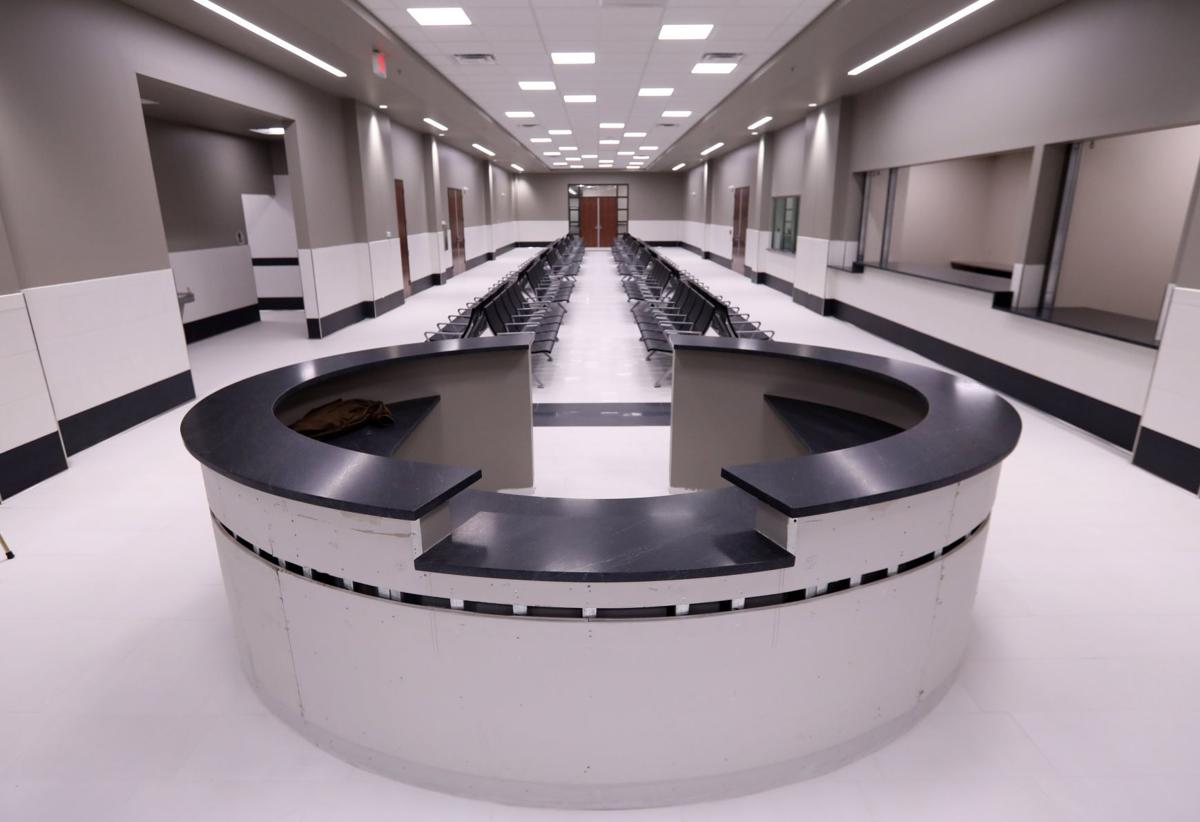 A little finishing work is needed before the new public reception/security desk of the new St. Louis County Board of Elections headquarters, photographed on Friday, Jan. 27, 2017, at Crossings at Northwest in St. Ann. Photo by Christian Gooden, cgooden@post-dispatch.com 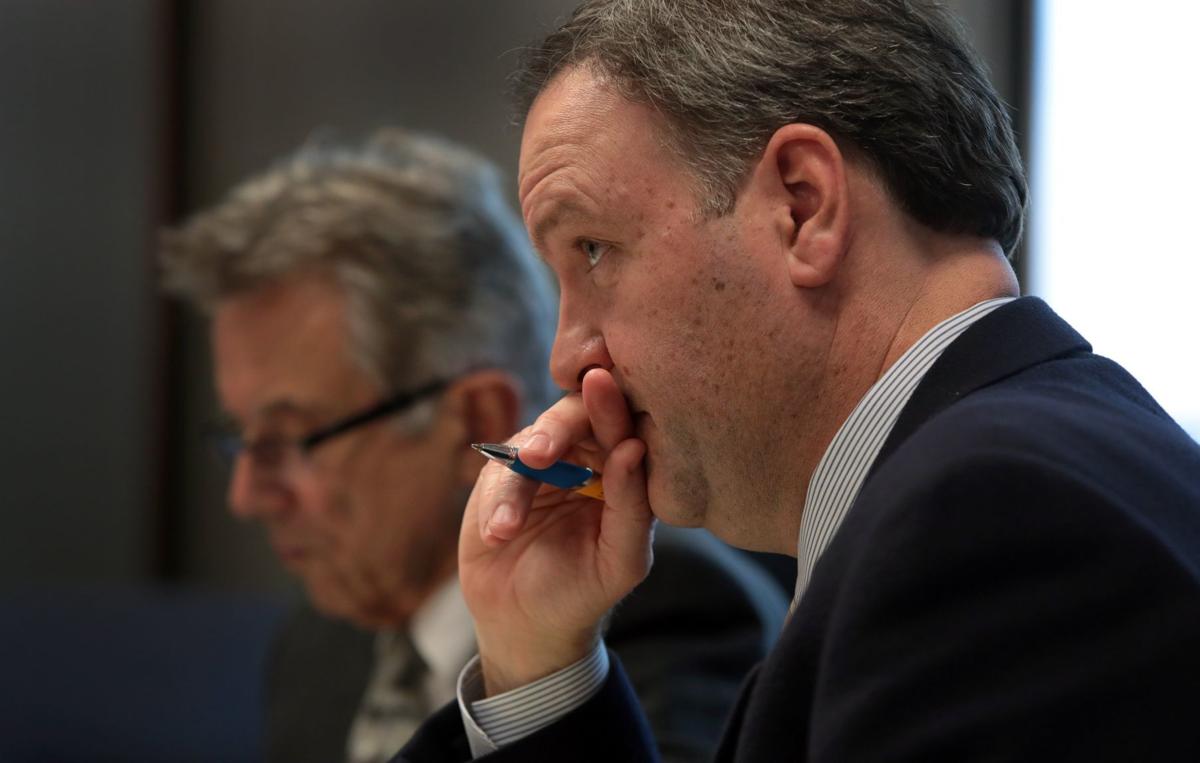 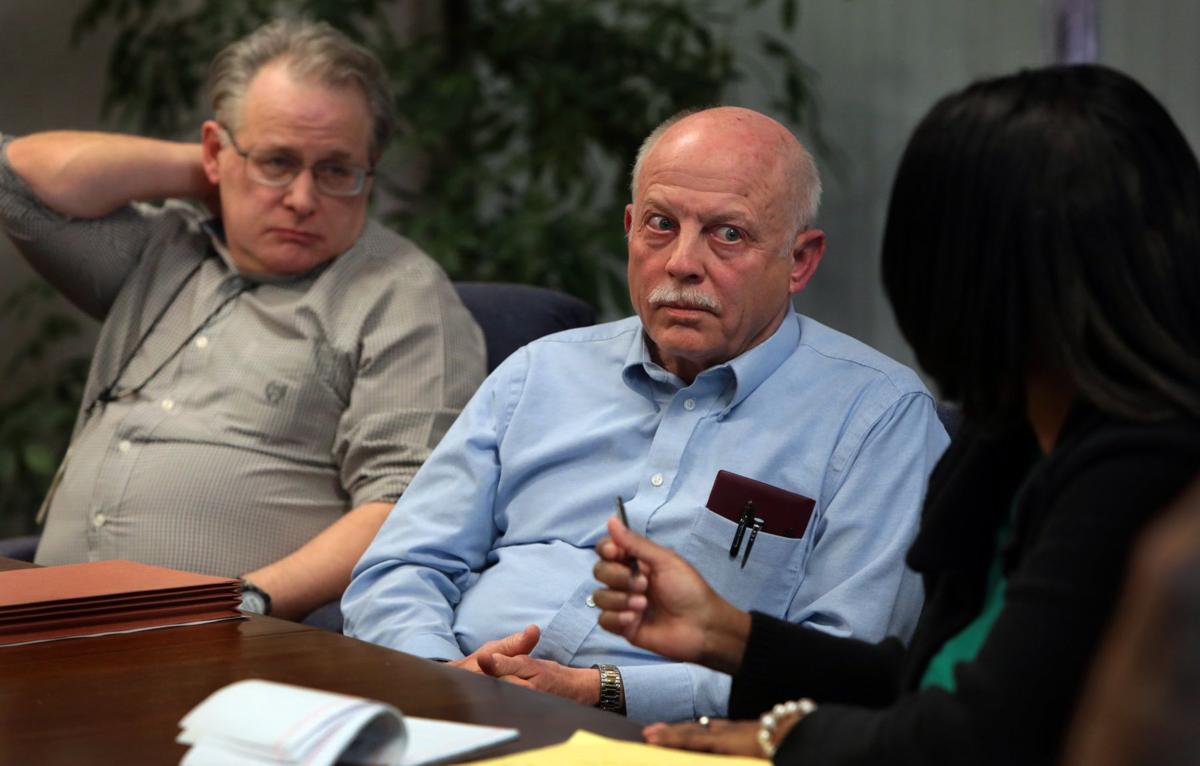 Joseph Hunt (left), division manager in public works in St. Louis County, and Bruce Kothe, project manager in public works, listen to a question from County Councilwoman Rochelle Walton Gray during a meeting of the ethics committee on Tuesday, Feb. 13, 2018. Three county employees were called by the committee to answer questions regarding the county entering a long term lease contract for the Crossings at Northwest, formerly Northwest Plaza. Photo by Robert Cohen, rcohen@post-dispatch.com 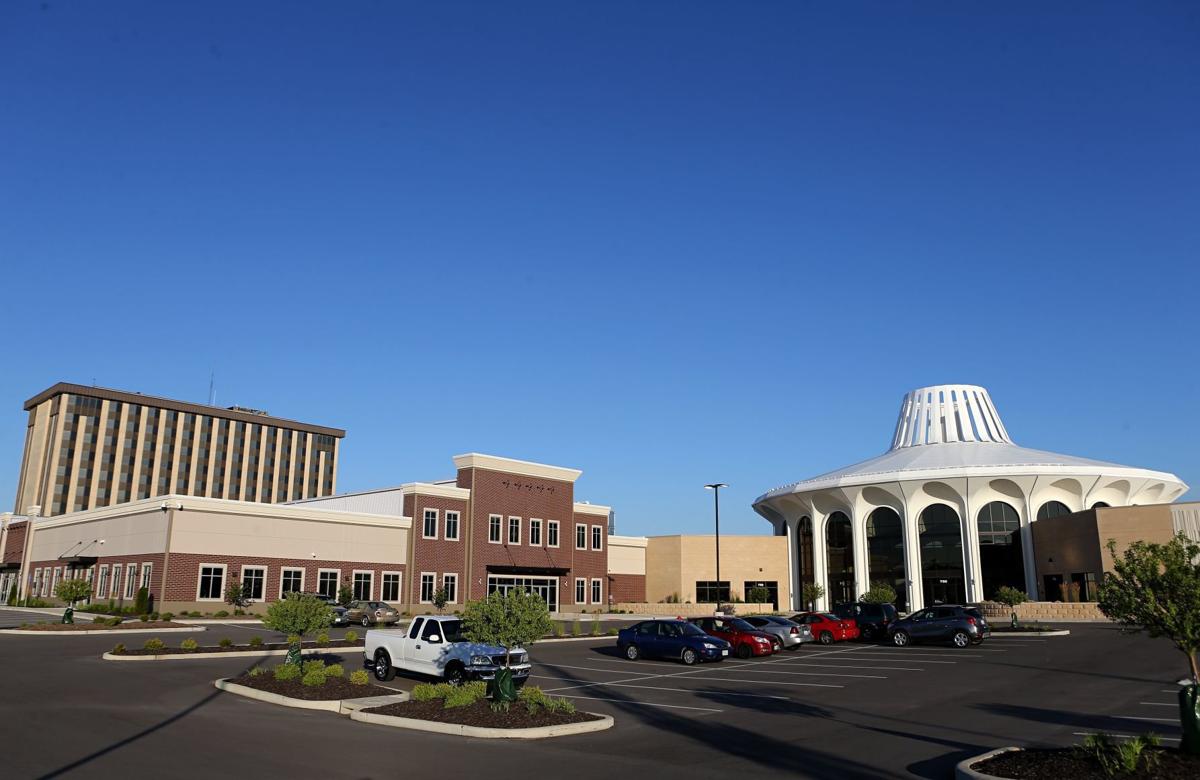 CLAYTON — St. Louis County Executive Sam Page urged the owners of the former Northwest Plaza in St. Ann — where his predecessor led the county into a long-term lease for office space and misled the County Council about how much it would cost — to renegotiate or risk having the council void the deal.

Robert and P. David Glarner, owners of the site now known as The Crossings at Northwest, responded in a letter that they were “ready to discuss” the agreement.

The lease has been in the council’s crosshairs for over a year. The Glarners had been former County Executive Steve Stenger’s friends and biggest campaign supporters, donating an unprecedented $365,000. And they got a massive commitment from taxpayers worth at least $69 million and as much as $77 million, with no ability for the county to back out, according to the newspaper’s analysis.

Stenger’s administration initially touted the deal as saving taxpayers $10 million. A Post-Dispatch investigation in February 2018 revealed that the project would not save money and had the potential to cost millions more.

County Council ethics hearings after the newspaper’s report revealed that Stenger’s administration largely kept the lease negotiations out of the hands of career county government employees who were normally in charge of site selection and negotiations. Some of those employees expressed dismay at the unusual process. And officials in Stenger’s administration had to scramble to prepare for millions of dollars in increased costs associated with the project almost immediately after the council ratified the deal in July 2016.

The council last June called for state and federal investigations into the lease and said it would consider voiding the agreement altogether. A federal prosecutor leading an investigation into the county government in early April put it at the top of a list of documents the county was ordered to produce under a grand jury subpoena.

The Crossings at Northwest lease was not mentioned in the 44-page indictment of Stenger on pay-to-play charges, to which Stenger pleaded guilty on Friday. He could face several years in prison.

Stenger could not be reached for comment on Tuesday. He has repeatedly denied any quid pro quo and said in February 2018 that the “Post-Dispatch narrative concerning my campaign contributions is misleading and tiresome.”

The Glarners also could not be reached. They have previously said through a lawyer that they gave to Stenger “because they believe he is an effective leader for the region” and that donations were not tied to the Crossings lease.

In a letter to the Glarners dated Friday, Page said the county charter allowed the council to void contracts in cases when an officer or employee of the county received a benefit from the contract.

“I continue to have serious and deep reservations about whether those leases were entered in a responsible manner,” he wrote. “I understand that the County Council could revisit this issue in the near future.”

He wrote: “I am hopeful that you will agree to renegotiate the leases to make the terms fair and reasonable for St. Louis County, including ensuring that the County is paying fair market value … and conditions are, at a minimum, commercially reasonable.”

The Glarners responded: “Throughout this process, we believe we have had an open, transparent and meaningful dialogue with you and many other officials and staff … with everything that has happened recently in county government, we want to help you move St. Louis County in a positive direction.”

Until a few days before the newspaper’s investigation published in February 2018, Stenger’s staff had insisted that the project saved money. But the newspaper pointed out their figures did not include millions of dollars the county will pay to rent empty space at buildings across the county that were vacated months or years before their leases ended.

The newspaper also found another omission in the staff’s analysis. While the cost of the old spaces factored in all expenses, the cost of the Crossing lease omitted a big one: taxes.

The county paid $306,000 to the Glarners in December 2017 for its share of the $1.3 million the Crossings owners paid in property taxes. The Post-Dispatch discovered in tax records that the county assessor’s office had made a mistake in its appraisal of a large portion of the complex and that the county’s tax burden would probably rise considerably.

The newspaper calculated then that if the county’s tax bill this year went to $500,000, and increased annually at the same 4 percent Stenger’s staff had used in their own models, the taxpayers’ burden would swell to $77 million by the end of 2027.

That’s exactly what is happening, according to county disbursement records obtained last week via a public record request. The county’s tax bill at Northwest Plaza rose 58 percent the next year, to $492,000.

Bill was loaded with numerous unrelated provisions as lawmakers operated under tight deadline.

The governor has been a recipient of Torch Electronics money in the past, but it’s so far unclear where the latest donation will flow.

Among those caught up in the problems was former state Rep. Bruce Franks, D-St. Louis

A little finishing work is needed before the new public reception/security desk of the new St. Louis County Board of Elections headquarters, photographed on Friday, Jan. 27, 2017, at Crossings at Northwest in St. Ann. Photo by Christian Gooden, cgooden@post-dispatch.com

Joseph Hunt (left), division manager in public works in St. Louis County, and Bruce Kothe, project manager in public works, listen to a question from County Councilwoman Rochelle Walton Gray during a meeting of the ethics committee on Tuesday, Feb. 13, 2018. Three county employees were called by the committee to answer questions regarding the county entering a long term lease contract for the Crossings at Northwest, formerly Northwest Plaza. Photo by Robert Cohen, rcohen@post-dispatch.com