ST. CHARLES — St. Charles County Executive Steve Ehlmann is proposing a charter amendment that would require retailers within a type of special taxing district to make it clear that shoppers are paying higher sales taxes.

The proposal follows Wentzville’s decision this year to allow property owners affiliated with retail developer and NFL owner Stan Kroenke to move to establish two Community Improvement Districts, or CIDs, that would help finance up to $23 million worth of a new private retail development on Wentzville Parkway. The CID sales taxes would also finance a new $38 million recreation center in the fast-growing suburb.

The proposed charter amendment, which will be introduced at the St. Charles County Council meeting Monday night, would require signs at least 2-feet by 1-foot to be displayed at the entrance to stores and at registers stating how much sales tax the CID charges. The signs also would have to say what benefit the property owner receives from the tax. Violations could result in fines of up to several hundred dollars.

Ehlmann, in a statement Friday, said he hoped to raise awareness that a small number of property owners can impose sales taxes on shoppers and that businesses can be forced to collect CID taxes that don’t benefit the property where it is located.

“The method of raising taxes in a CID violates the spirit of the Missouri Constitution and consumers need to know about such ‘stealth taxes’ before they can make informed decisions about purchases,” he said.

Though CIDs have proliferated throughout the state, some observers have criticized the way Kroenke’s real estate companies and his lawyers Alan Bornstein and Jeffrey Otto have used the CID law in Wentzville. Because they control most of the property along Wentzville Parkway, they have enough votes under the law to include property they don’t own within the district. Under the proposal, local grocery stores Schnucks and Dierbergs, which are on property not owned by Kroenke-affiliated companies, would be included in the Wentzville CID and may have to collect sales taxes that would help finance a new development expected to include a competing grocery store.

Ehlmann has been a critic of subsidizing retail development, in the past focusing on the use of tax increment financing, or TIF. Recent reforms to state law giving counties more power when municipalities try to establish TIFs, which allow future taxes generated by new developments to be used to finance the project, have curbed their use. But Ehlmann told the Post-Dispatch earlier this month he suspects developers are now looking at using CIDs as a substitute.

CIDs can be established by individual property owners to help finance their projects. But larger groups of property owners and residents also use them in commercial areas, such as Downtown St. Louis, South Grand Boulevard and the Grove to pay for broader services such as marketing, security and events. Local governments must approve the creation of the districts before, and then residents or property owners also must vote to establish them.

A 2017 report from Missouri Auditor Nicole Galloway found there were 428 CIDs in the state that collected almost $75 million in 2017, with most of them controlled by property owners and developers. The report warned of lax oversight, a lack of transparency and insufficient reporting requirements. The auditor’s office also found many CIDs will continue collecting taxes indefinitely, even after the projects they were set up to fund are complete.

The St. Charles County charter change, if the County Council puts it on the ballot, wouldn’t go to voters until August 2020. “I want to first give the (Missouri) General Assembly time to address the issue for the entire state during its session next year,” Ehlmann said.

The special taxing district will help finance $23 million of private development affiliated with Kroenke’s lawyers and a $38 million recreation center.

Wentzville moves ahead with bonds for rec center, Kroenke project

The Board of Aldermen approved measures allowing bonds to be issued to finance up to $23 million of a private development and a new recreation center.

Wentzville wanted a rec center. It offered $23 million in tax money to Kroenke associates to get it.

The city pledged 70 percent of new sales tax revenues and created a regional taxing district to finance both a recreation center and $23 million of a private retail center affiliated with Stan Kroenke.

More than 20 percent of the districts failed to file an annual financial report with the auditor’s office, as required by state law.

Missouri taxing districts may be 'special,' but they're certainly not transparent

An audit from Missouri Auditor Nicole Galloway showing that taxpayers are on the hook for nearly $1 billion in outstanding project costs to be repaid with sales taxes they never approved, should send lawmakers racing to approve legislation that will show the boundaries of the state’s more than 2,200 special taxing districts on an interactive map.

Galloway’s audit was just of Transportation Development Districts, which she says engage in questionable practices with little oversight or transparency. Add in the multitude of Community Improvement Districts and Tax Increment Financing Districts that have exploded across Missouri in the past 10 years, and it’s clear that taxpayers would benefit from a map showing exactly where the districts and boundaries are located.

The bulk of the Wentzville Crossroads Shopping Center, anchored by a Walmart at 1971 Wentzville Pkway, bustles with activity on Tuesday, Sept. 10, 2019. THF Wentzville Development LLC, a company connected to Stan Kroenke, owns the property containing Walmart. Companies connected to Kroenke are forcing shoppers at competing, adjacent businesses to help finance a new $30-plus million big-box development planned nearby by Kroenke lawyers Alan Bornstein and Jeffrey Otto. It represents an unusual arrangement that the city signed off on to help it build a $38 million rec center. Photo by Christian Gooden, cgooden@post-dispatch.com 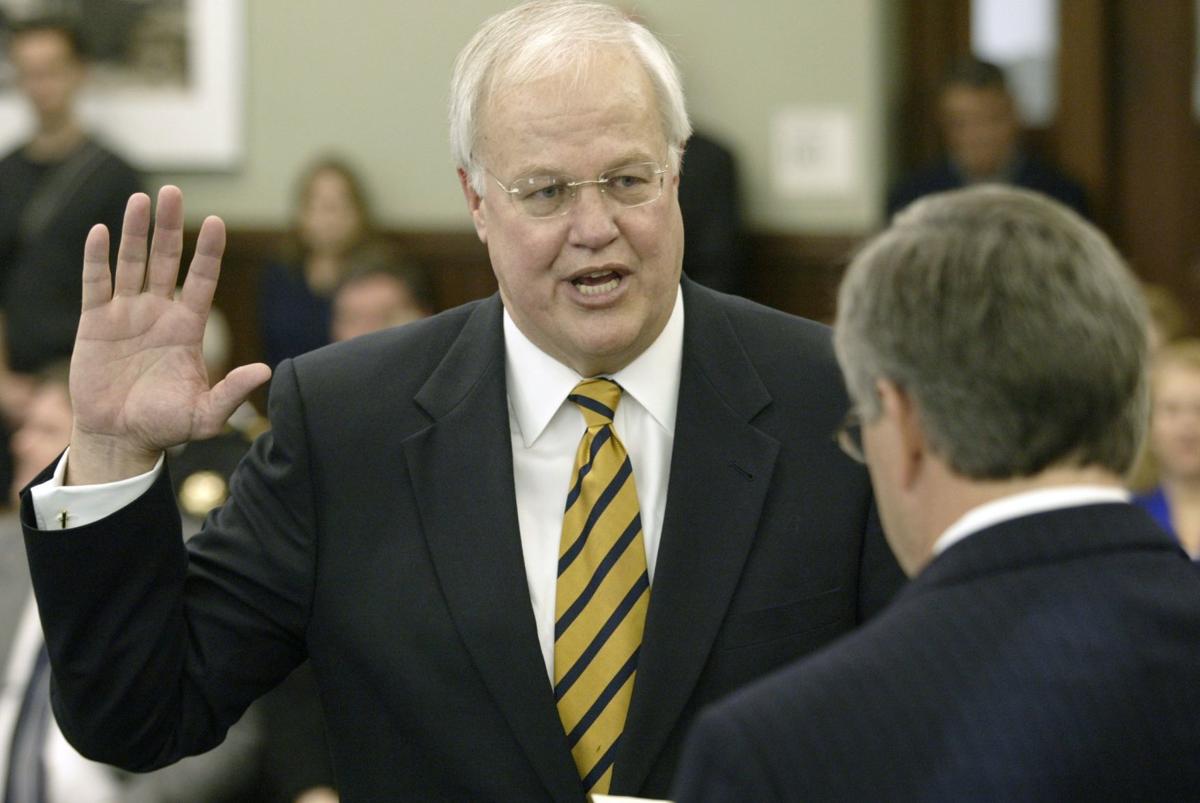