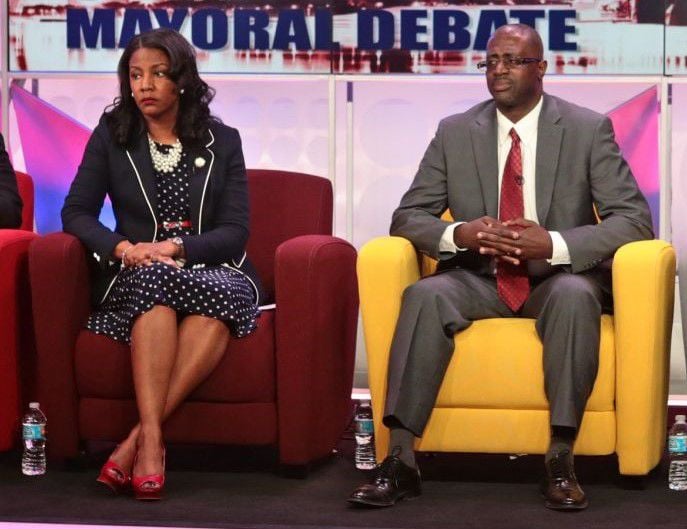 Treasurer Tishaura Jones and Alderman Jeffrey Boyd were among candidates who participated in a mayoral debate at Vue 17 in Richmond Heights on Thursday, March 2, 2017. Photo by Cristina M. Fletes, cfletes@post-dispatch.com 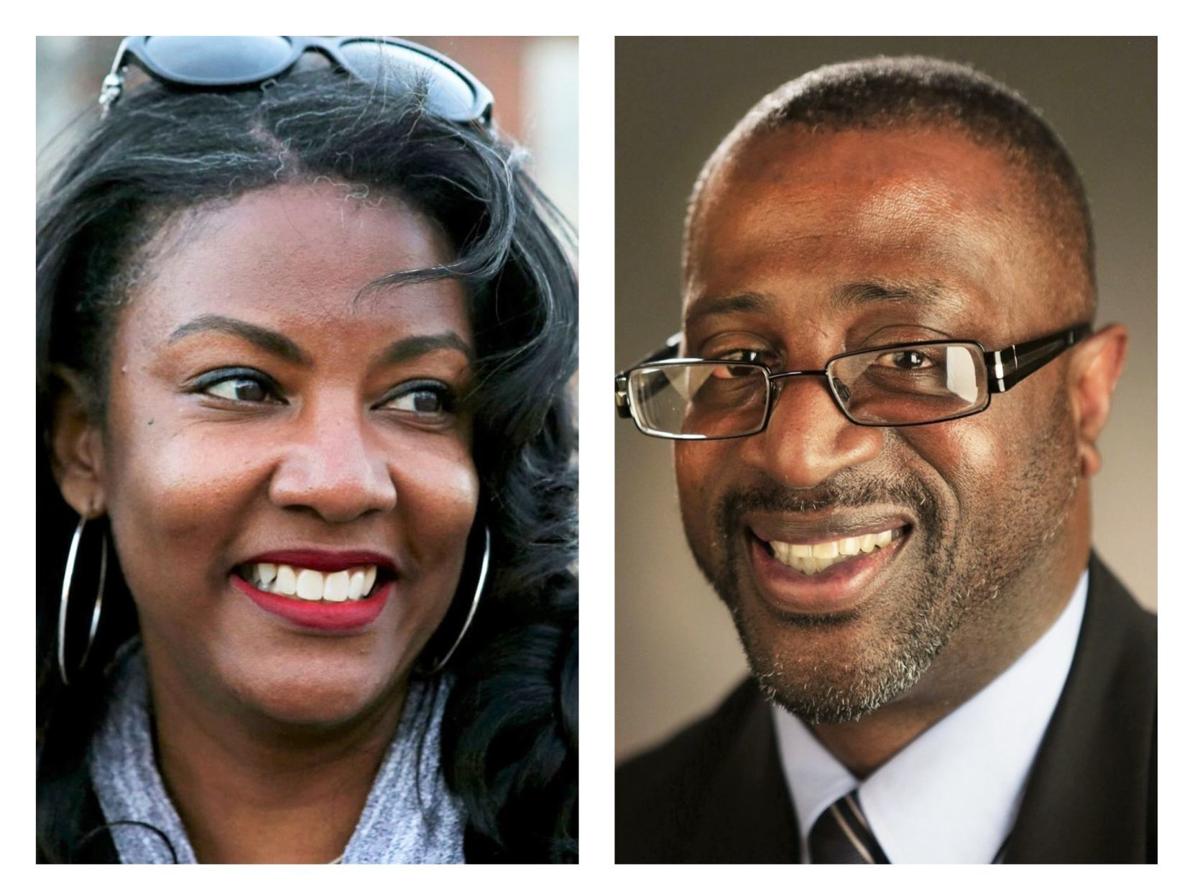 City Treasurer Tishaura Jones and Alderman Jeffrey Boyd, who is challenging her re-election bid in the Aug. 4, 2020, Democratic primary.

Boyd was among the plaintiffs in a lawsuit challenging the treasurer’s control of parking funds, the outcome of which is still pending.

The suit wants to give more authority over the money to the Board of Aldermen and the city Board of Estimate and Apportionment and less to the treasurer, an independent county-type office.

The Missouri Supreme Court last month dismissed Jones’ appeal of a circuit judge’s 2018 decision voiding state laws outlining the treasurer’s role but didn’t rule on the merits of the case.

Instead, the high court said it can’t consider an appeal yet because the lower-court judge has yet to rule on some other points raised by plaintiffs in the case.

“The City is long overdue to have total control of its parking operations,” Boyd said in a statement late Thursday. “I will work with the Board of Aldermen” and state legislators “to ensure that this is a reality.”

Among other things, Boyd wants aldermen to have authority to tap more than the maximum 40% of parking revenue after expenses that state law says can go into the general city fund.

Jones says her office has consistently contributed the maximum allowed and also has funded a city study needed for the proposed MetroLink north-south line and economic development projects.

Her office says because she modernized parking meters, allowing payment by credit cards and smartphones, 28% fewer tickets were issued in 2018 than in 2012. She also says she eliminated ticket quotas in place previously.

This won’t be Boyd’s first race against Jones.

He was among those losing to Jones in a four-way race for treasurer in the 2012 primary.

The two also ran against each other in the 2017 mayoral primary. Jones narrowly finished second to the winner, Lyda Krewson, while Boyd trailed in fifth place.

Jones is considering running again for mayor next year but Boyd has said he will not do so.

Boyd’s entry into the treasurer’s race makes it likely that Jones will have to use some of her campaign fund on a reelection effort this summer that she could otherwise devote to a possible mayoral race next year.

Boyd, 56, an alderman since 2003, has served with Jones and other officials on the city parking commission.

Jones, 48, before becoming treasurer in 2013, was a state representative for four years.

For one Missouri businessman, a powerful neighbor’s introduction led to a big state contract

Lt. Gov. Mike Kehoe also is supporting candidates for county-level offices who could vote to help his brother’s ambulance business

Parson had already slashed more than $220 million in spending as revenue collections sputtered in recent months.

Voters in Ferguson, Berkeley and Wildwood are choosing mayors today.

Pritzker on Trump's response to protests: 'He's been a miserable failure'

St. Louis was uniquely harmed by the U.S. Treasury's formula for coronavirus relief. And it has watched its bigger neighbor race ahead with relief programs.

Treasurer Tishaura Jones and Alderman Jeffrey Boyd were among candidates who participated in a mayoral debate at Vue 17 in Richmond Heights on Thursday, March 2, 2017. Photo by Cristina M. Fletes, cfletes@post-dispatch.com

City Treasurer Tishaura Jones and Alderman Jeffrey Boyd, who is challenging her re-election bid in the Aug. 4, 2020, Democratic primary.