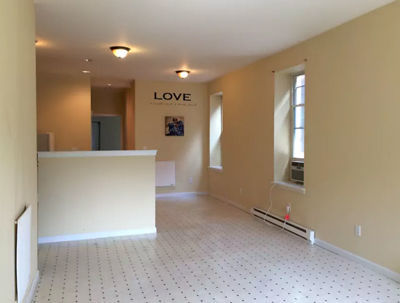 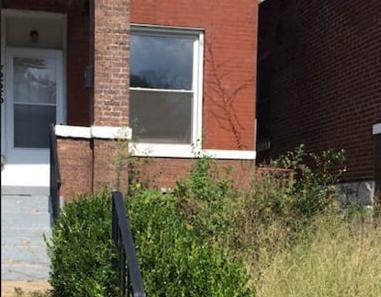 One of Natalie Vowell's Airbnb listings near Natural Bridge and North Newstead avenues started getting attention on social media Wednesday not for its location but its title: Home Is Where The Hood Is.

ST. LOUIS • For some St. Louis residents, renting out a spare room, a finished basement or an entire home is a chance to bring in additional income, some extra money to pay the bills or to enjoy a meal out once in a while.

For others, who feel their hometown has garnered an unfairly negative reputation among outsiders, it goes deeper: a chance to spread the word about how much they love the city and all it has to offer to those who come to visit.

That was the kind of testimony shared at town hall this month hosted by a group of St. Louis aldermen who are beginning to craft legislation to regulate short-term rentals through companies like Airbnb, Vacation Rental By Owner and Homeaway, following several other municipalities in the region that have sought to rein in the growing online marketplace.

“It was really touching and exciting to hear hosts talk about how they’ve been able to be personal St. Louis ambassadors to folks coming to the city from out of the state and even out of the country,” said 6th Ward Alderman Christine Ingrassia.

Home-sharing and rental websites such as Airbnb, the most ubiquitous of such companies, allow users to rent and book accommodations across the globe. Hosts can choose to list and rent out their own properties, determining how much to charge per night, per week or for a longer term.

Proponents of the growing online marketplace hail it as a more affordable option for travelers. And Missouri’s Airbnb host community is reaping the benefits of its growing popularity, earning $28.9 million in supplemental income in 2017 while welcoming 289,000 guest arrivals to the state, according to Airbnb.

St. Louis is its biggest market in Missouri, with 88,500 guest arrivals last year, totaling $9.14 million in host income. There are an estimated 1,245 active rentals in the St. Louis region listed on Airbnb, the short-term rental data site Airdna reports.

But some city officials fear city laws haven’t caught up with the evolving technology, citing public safety concerns surrounding a neighbor renting out his or her home to strangers, and questioning if a lack of regulations over short-term rentals puts hotel companies at a competitive disadvantage. This comes as the city faces budget shortfalls and searches for new forms of revenue.

Ingrassia says she expects the coalition of aldermen exploring the regulations — including herself, and Aldermen Jack Coatar, Tom Oldenburg, Heather Navarro, Carol Howard and Scott Ogilvie — to introduce a measure sometime in late April or May, early in the board’s new session.

In the meantime, they’re trying to engage a variety of stakeholders, she said. A second public forum is scheduled Wednesday at the Schlafly Branch of the St. Louis Public Library, 22 North Euclid Avenue. Some of the aldermen also have met with Airbnb representatives and representatives from hotel and other tourism industries.

“What we wanted to have happen was to look at the landscape of what’s happening in other cities. We want to protect our neighborhoods, but we also want to embrace entrepreneurship, and embrace the on-demand economy in a way that makes sense,” Ingrassia told the Post-Dispatch.

It’s in early stages, but the aldermen working on the proposal are hoping to create a permitting process specific to short-term rentals, which may include different categories, depending on whether you’re renting out property you live in or renting non-owner occupied or investment properties, where there have been more nuisance issues.

“What I want to see is some simple regulation to make sure there’s a process in place to get these properties registered, a system in place for neighbors to complain about problems and a way for the city to respond quickly,” said Coatar, who represents the 7th Ward, encompassing an area flush with Airbnb users that includes downtown, Soulard and Lafayette Park neighborhoods.

Coatar also has concerns about fairness, noting that it’s not just large hotel chains crying foul. Small, locally owned bed and breakfasts in his ward go through a far more onerous process to get up and running, he said, and it’s time to level the playing field.

“They’re taxed like hotels. There’s lots of regulations surrounding them. But we’re treating them very differently than someone who opens an Airbnb,” he said.

St. Louis city and county collect a special taxes on convention centers and sports complexes to fund facilities and tourism. In the city, the taxes apply to hotels and motels, bed and breakfasts as well as “transient home rentals through online providers like Airbnb and similar room rentals,” according to a city website.

Effective Feb. 1, Airbnb entered into an agreement with the state to collect local and state taxes on behalf of Missouri households listing spaces for booking, saying in a statement that the company would continue working on similar agreements with Missouri municipalities.

Other cities have opted to impose additional fees on Airbnb hosts. Under a plan approved in February by lawmakers in Kansas City, hosts will have to pay a one-time administrative fee and annual fees after that.

City aldermen are exploring the tax issue, Ingrassia said. Currently, Airbnb is the only company negotiating for a tax agreement with the city, she said, and the board may opt to legislate tax requirements for all home-sharing companies.

In recent years, the state’s GOP-led Legislature has considered bills to insulate booming short-term rental companies by restricting municipalities from regulating the rental of single-family homes or individual rooms in homes.

One measure was vetoed by former Gov. Jay Nixon in 2016, and a similar plan failed to pass last year.

Supporters of such proposals argue they get the government out of the way of Missourians who seek to turn idle assets into extra dollars, making a similar case for the passage of legislation relieving restrictions on ride-hailing companies like Lyft and Uber.

Its critics contend that state legislators are once again trying to prohibit local control, as they have on a host of issues, including St. Louis’ ability to raise its minimum wage.

Pat Kelly, executive director of the Municipal League of Metro St. Louis, said the league has been working with the short-term rental industry in an attempt to develop legislation creating some uniform regulations on the rentals for the entire state. So far the effort to reach a compromise allowing municipalities to control where the short-term rentals could operate under local zoning has failed.

Some neighborhoods might not have adequate parking to accommodate the rentals, he said. Others, like downtown or commercial area, may have no such problem.

Right now, St. Louis area governments have taken different approaches to short-term rentals. Some have explored restrictions, while others, such as Hazelwood, Chesterfield and Ladue, have banned them outright.

Kelly points to Kansas City’s new home-sharing ordinance, limiting where and for how long the services could be provided and ending roughly three years of debate on the subject.

In certain low-density, single-family neighborhoods, the rentals are banned, according to the Kansas City Star. The new ordinance caps how many people can stay in a short-term rental and requires off-site owners to get approval to rent out a property from adjacent owners.

“Some of our (Missouri) legislators are like, ‘Well, you’re infringing on a person’s right to use their property,” Kelly said. “But there’s also a certain expectation for other residents, that when they buy a residential property, the people living next door to them will be residential as well.”

Those kinds of concerns are being taken into account in St. Louis, Ingrassia said, and she’s confident that compromises can be reached at the local level.

“What were finding is there’s probably a smart way to legislate on this,” Ingrassia said. “We’re not looking to overlegislate or overreach.”

One of Natalie Vowell's Airbnb listings near Natural Bridge and North Newstead avenues started getting attention on social media Wednesday not for its location but its title: Home Is Where The Hood Is. 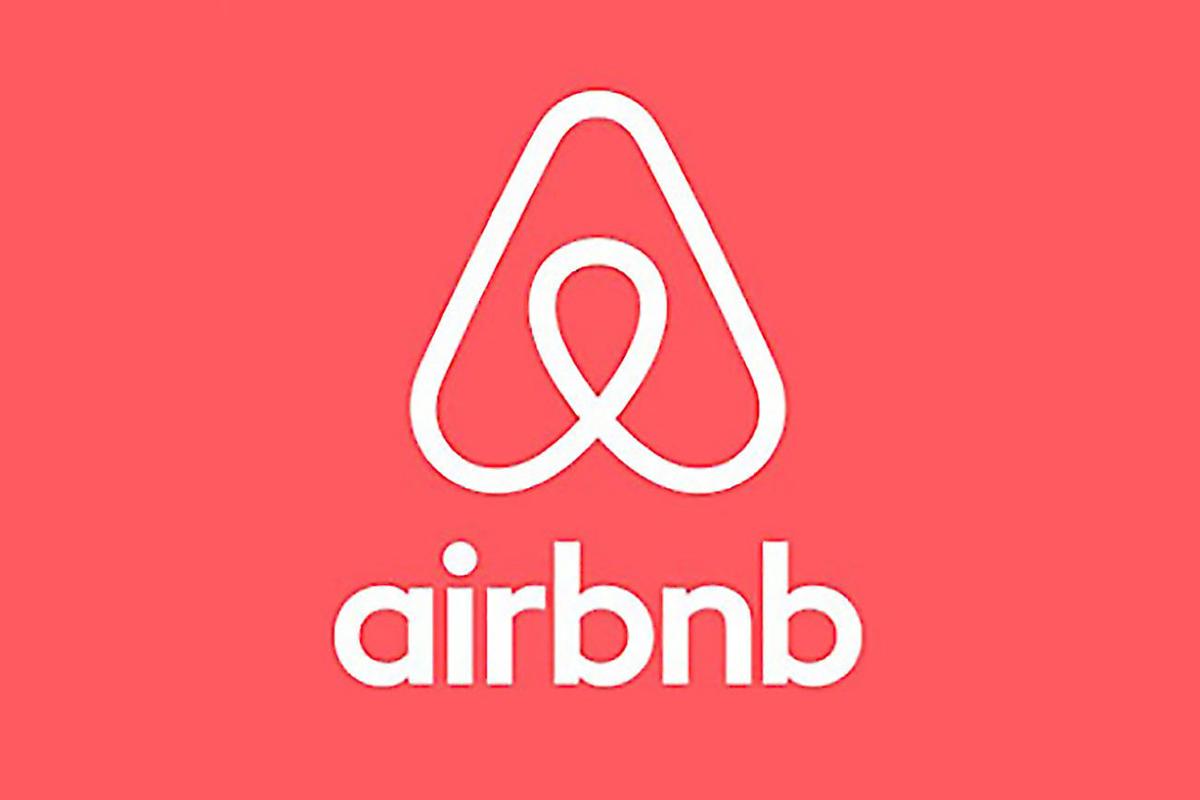