FRONTENAC — The St. Louis County Library district on Friday began tearing down four homes to clear the site of the district’s proposed $20 million administration building and genealogy center, despite a lawsuit by the city to stop the project that a judge is scheduled to hear on Monday.

Although the city of Frontenac opposes the project, it issued land disturbance and demolition permits in recent weeks, Frontenac City Administrator Jaysen Christensen said on Friday. “We couldn’t hold that up even though we disagree with the ultimate project,” he said.

A reporter saw a backhoe loader about noon scooping debris into a dumpster from what had been a small structure at the rear of 1412 South Spoede Road.

A hearing in St. Louis County Circuit Court on the library district’s motion to dismiss the city’s lawsuit is scheduled for 10 a.m. in front of Associate Circuit Judge John F. Newsham.

The project, near Clayton and South Spoede roads, has faced strong opposition from some area residents, who have complained about the potential impact on traffic and other issues. A Post-Dispatch story in February revealed the library paid $6.1 million for 6 acres without getting an appraisal first.

The lawsuit asks the St. Louis County Circuit Court to issue a preliminary and permanent injunction stopping the construction “because the district refuses to engage in meaningful discussion about the appropriate use” of the land in question.

Lynn Beckwith Jr., the library board president, could not be reached for comment on Friday. In a statement, he said the library district was pleased with the city approvals and “thrilled to add new and important services.”

St. Louis County Executive Sam Page has not taken action on a request from County Council member Tim Fitch to remove all five library board trustees, who are all serving on expired terms. Fitch made the request after Frontenac’s Board of Aldermen on Aug. 12 passed a resolution urging Page and the council to appoint new library directors “who will reconsider and reverse ill-advised decisions” and restore confidence in the library district.

Beckwith told Page in a letter that the city of Frontenac’s claim that the project does not fit the area’s residential character is a “typical ‘not in my backyard’ statement” and that any suggestion the trustees acted improperly by spending millions on real estate without getting appraisals is an affront.

The library district board voted 5-0 in a special meeting on June 27 to approve the plan to construct the 81,574-square-foot building. The vote came two days after the Frontenac Planning and Zoning Commission rejected the proposal.

The library district, as a political subdivision of the state, isn’t subject to Frontenac zoning ordinances, and its board of trustees, by resolution, can overrule the city with a two-thirds majority — or four of the five trustees. State law says the library board may “erect an appropriate building for the use of the county library and branches thereof.”

The city argued the statute “does not vest the District with limitless power to acquire property and construct facilities, instead the District must do so in a manner that is ‘appropriate.’”

Christensen said that although the library district had the right to demolish the properties, city officials wished the board took more time to listen to the city’s concerns.

The library’s plan called for the removal of 113 trees, 17 of which were at least 30 feet in height with trunks from 24 to 46 inches in diameter. He said the library is planning to start removing the trees soon after the houses are demolished, which is expected to take a few days.

“If the library does not prevail and something else is built there, once those trees are bulldozed, you can’t undo that damage,” he said.

The library said a certified arborist who evaluated the trees found 104 of the 113 were not of good quality, and that it planned to replace them with 247 trees.

"Their unchecked disregard for the public trust and truth call out for independent investigation," Hatfield said of the library board.

A lawyer for the library had argued that Frontenac’s suit should be dismissed because the city does not have standing to file it. A judge agreed. 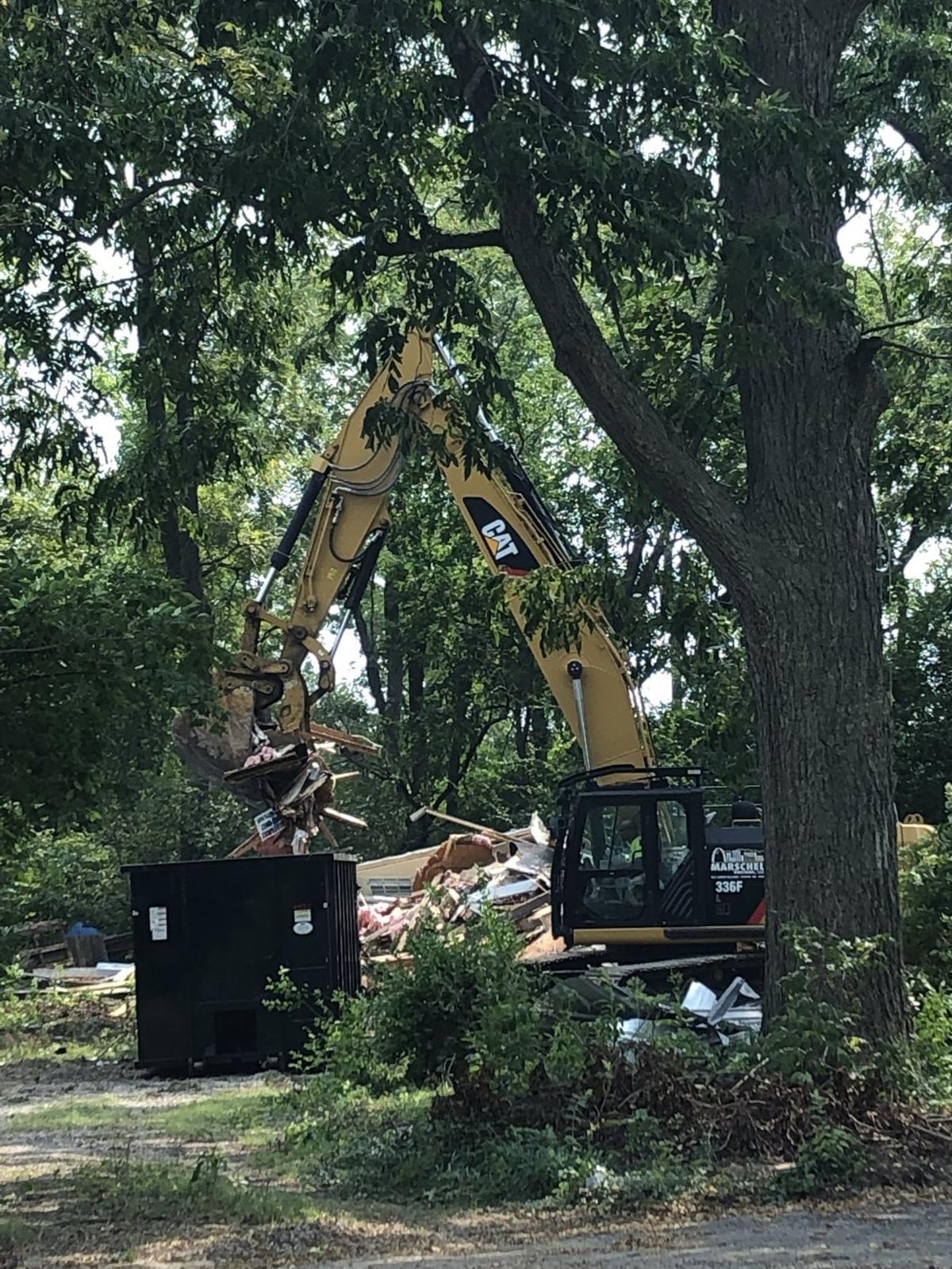 A backhoe loader scoops debris from a demolished structure at 1412 South Spoede Road into a dumpster on Friday, Sept. 6, 2019. The St. Louis County Library District is going ahead with demolition at the site of its planned headquarters despite a lawsuit by the city of Frontenac seeking to block it. Photo by Jeremy Kohler, jkohler@post-dispatch.com 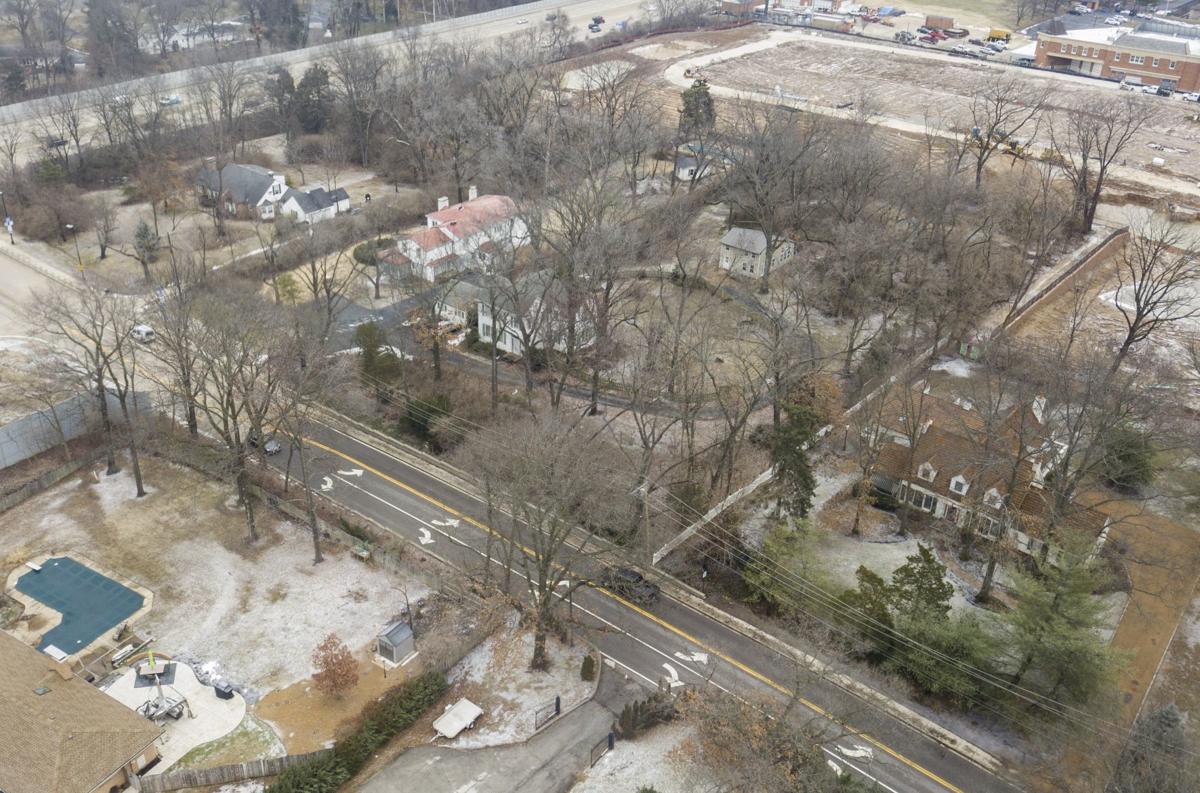 From left: Houses at 1400, 1408, 1412 and 1440 Spoede Road in Frontenac pictured on Wednesday, Jan. 23, 2019. They were included in a recent purchase of six acres by the St. Louis County Library. The library will use the land to build two new buildings, including a new genealogy center. Photo by Colter Peterson, cpeterson@post-dispatch.com 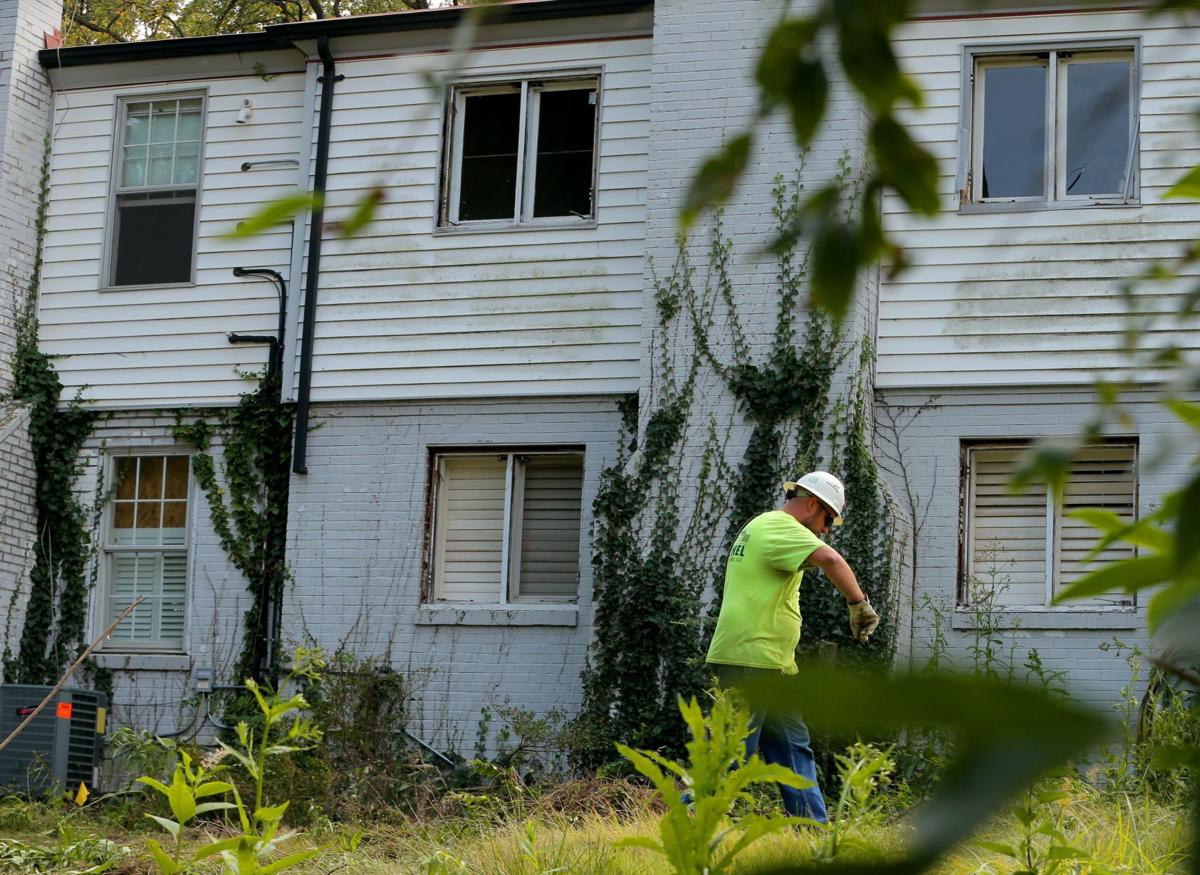 A worker with Marschel Wrecking LLC, of Fenton, works at 1408 S. Spoede Rd. on Friday, Sept. 6, 2019, which is being razed with three other adjacent properties in Frontenac. The St. Louis County Library District is going ahead with demolition at the site of its planned HQ despite a lawsuit by the city of Frontenac seeking to block it.