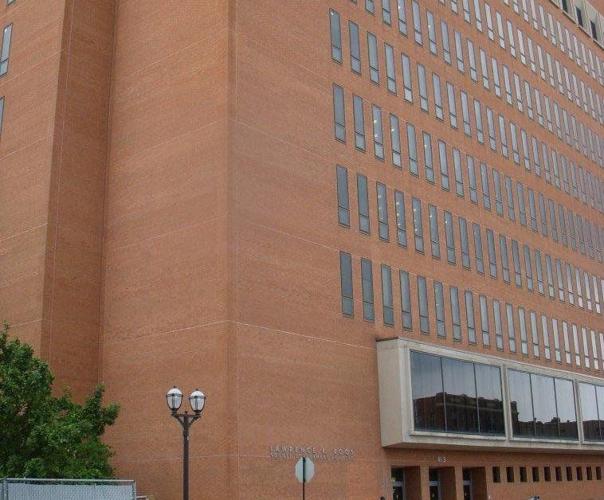 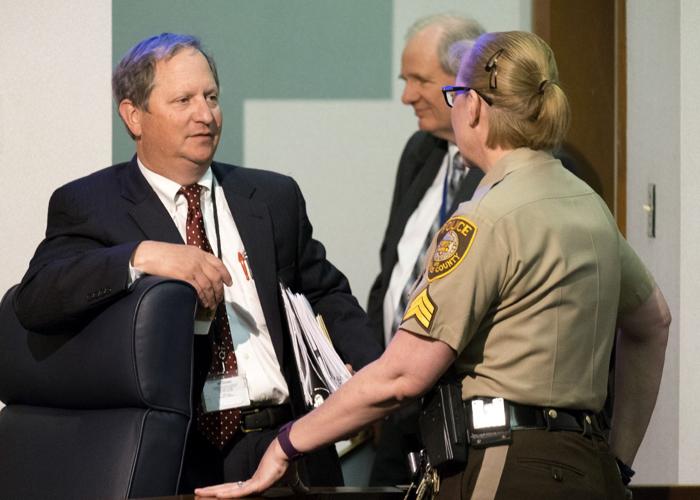 But early this year, the County Council quietly cut ties with Makarewicz, a political appointee whose term had expired two years earlier. Despite the expired term, the council secretly authorized its attorney to draw up an agreement that paid Makarewicz nearly $50,000.

In exchange, the county would receive Makarewicz’s immediate and voluntary resignation. And his silence.

“Furthermore, and without limitation,” reads a portion of Makarewicz’s four-page settlement agreement dated Jan. 20, “David Makarewicz agrees and acknowledges that he shall not disclose any information, document, record or any other communication received by or created by him in the course of his St. Louis County employment.”

Makarewicz, 59, also agreed not to sue for age discrimination and not to enter “any county facility, building or property” without having his visit approved by security, according to the agreement obtained by the Post-Dispatch through a public records request.

Questioned by a reporter, at least one council member said she was uncertain why the county needed to pay off an employee whose term had expired.

Council Chairman Sam Page, who introduced the motion to obtain the resignation, acknowledged that he and other council members made the decision to replace Makarewicz. But he said they relied on the advice of County Counselor Peter Krane for how to go about doing it.

“The recommendation for management of this matter, including the motion I made, was given to us by the County Counselor,” Page said in a statement.

Krane negotiated and signed the settlement.

Over the past six months, the auditor’s job has turned into perhaps the most politicized position in the county. The drama has played out amid allegations that County Executive Steve Stenger has steered county contracts to campaign donors, which Stenger has denied.

The uproar over the auditor started with a closed council meeting on Jan. 10. During that special meeting, the council voted unanimously to allow Krane to “offer David Makarewicz up to 6 months of salary and benefits in exchange for his resignation effective immediately and release of all claims.”

The county auditor is one of two positions appointed by the council. At the time of his resignation, Makarewicz was serving on a term that had a expired at the end of 2014.

“I didn’t believe he should have gotten anything,” Councilwoman Hazel Erby said. “I think that was all driven by the county executive’s office.”

Erby said she voted reluctantly for the payment based on Krane’s advice.

Erby and Councilman Mark Harder said they thought they were voting on giving Makarewicz severance pay, not a sum of money to settle a legal claim.

The Missouri Constitution prohibits counties and cities from providing extra compensation, fees or allowances to employees after services have been rendered.

That provision often precludes public employees from receiving severance unless it is written into a contract. But the prohibition wouldn’t apply to settlement agreements, such as the one Makarewicz signed, that are intended to head off a lawsuit.

Harder, Erby and council member Ernie Trakas said they didn’t recall any mention of Makarewicz accusing the county of age discrimination or any discussion about a possible lawsuit.

They said after they gave Krane the authority to negotiate for Marakewicz’s resignation, they never saw his settlement agreement with the county, which specifically mentions that he is waiving any legal claim under the Age Discrimination in Employment Act.

Page, too, said he wasn’t aware that Makarewicz had made such a claim.

“I was not aware of any bona fide threat of age discrimination litigation,” he said.

In an interview, Krane said no one outside his office influenced the drafting of the separation agreement and that even political appointees are protected against discrimination.

“This was a settlement of a doubtful and disputed claim,” Krane said. “It’s a potential claim. We set forth where we believe it may originate.”

Krane declined to provide further details. He also said attorney-client privilege prevented him from discussing any conversations he may have had with council members.

Jerome Wallach, a St. Louis attorney who specializes in municipal legal issues, said a confidentiality clause of the kind signed by Makarewicz is something he’s never seen.

“I’d have some serious questions about the validity of that,” he said.

But Krane said the confidentially provision in Makarewicz’s agreement is similar if not identical to other county settlement agreements. Asked last week to provide copies of similar agreements, Krane’s office had not produced any as of Friday.

“The purpose is to prevent any trumpeting of the event to the embarrassment of the county,” Krane said.

Krane said the confidentiality section in the Makarewicz agreement contains several exceptions for situations when the agreement or its terms would need to be disclosed to a tax adviser or lawyer.

Those exceptions only reference disclosing the existence of the agreement or its terms. The sentence that forbids Makarewicz from sharing “any information” received or created in the course of his employment contains no such exception.

The section of the agreement that forbids Makarewicz from setting foot on county property without contacting security would seem to prevent him from visiting a county park unless the county approves it.

Krane said that the “premises” provision is intended to prevent current employees from inadvertently granting access to restricted areas to a person they may not know no longer works for the county.

A staff of two

The county auditor acts independently or at the direction of council, keeping tabs on spending by county departments, including the county executive’s office.

After the council let Makarewicz go, Page nominated Mark Tucker, 47, a longtime friend, for the job. Since 2011, Tucker had worked as a legislative liaison in the Missouri Office of Administration in Jefferson City.

Tucker, a political appointee of former Missouri Gov. Jay Nixon, a Democrat, lost his job when Gov. Eric Greitens, a Republican, was sworn into office. On Jan. 4, Tucker received a three-paragraph dismissal letter notifying him that his last day would be Jan. 9. Tucker’s dismissal letter contains no restrictions.

Harder said he wanted a more thorough auditor search so that the hiring process would be competitive, but Tucker’s hiring seem like a foregone conclusion because of his connection to Page. Harder and Stenger, himself a certified public accountant, have argued that Tucker did not have the “five years experience in accounting” required by the St. Louis County charter.

The charter does not define accounting experience.

Harder and Wasinger called for an investigation, and Stenger’s administration referred the civil matter to St. Louis County Prosecutor Robert McCulloch, who has yet to reveal his findings.

In his state job, Tucker analyzed and assessed “efficacy of state tax revenue projections and current market conditions to produce economic data used in formulating departmental budgets,” according to his résumé.

His résumé also shows that he worked as a lobbyist and spent five years as a national account manager for Roche Labs Inc.

“I needed someone with fiscal oversight and experience managing large budgets,” Page said.

Last month, Stenger’s office blocked the hiring of an internal auditor to serve under Tucker, citing a hiring freeze.

Last week, in a letter to Krane, Page accused Stenger’s administration of undermining the auditor’s office in violation of the county charter, state law and the Missouri Constitution.

The county auditor’s office is budgeted for three positions, but one of them has been vacant for years. In his letter, Page references a 2013 study showing that the city of St. Louis had “15 professional auditing staff.”

“The County Administration’s steadfast refusal to cooperate in the staffing of the Office of the County Auditor is unlawful,” Page wrote.

Stenger, who voted to appoint Makarewicz when he was a County Council member in 2012, called him a skilled auditor. He referenced Makarewicz’s résumé showing he has multiple certifications and decades of auditing experience.

“I think he did a fine job,” Stenger said, adding that he did not believe that Makarewicz needed to be dismissed.

Stenger said the city is possibly overstaffed with auditors and that the county auditor’s office had functioned well with just two people. He said Page wanted to hire more auditors to compensate for Tucker’s lack of experience.

In 2013, a county health department administrator committed suicide after he was caught embezzling more than $3.4 million. Stenger, then a council member running for county executive, called for a comprehensive audit of county finances. The issue became the centerpiece of his campaign to unseat former County Executive Charlie Dooley in a 2014 Democratic primary.

The audit, completed by Brown Smith Wallace LLC in December 2015, mentions that the auditor’s office only has two employees and recommends that the county consider “additional staffing or external resources.”

A simple solution seems available for solving the mystery of why the St. Louis County Council cut ties with auditor David Makarewicz and then secretly gave him a $50,000 settlement that included a gag order. Council members should lift the gag order and let him talk. County residents deserve to hear what Makarewicz has to say.