Jim Thomas is live now taking all of your Blues questions

St. Louis County Police Board appoints acting chair but has no quorum
0 comments
Share this
Subscribe for $1 a month

Corvington and John Saracino are the only two board members left until County Executive Charlie Dooley fills three vacant seats. Wagner's departure leaves the board without a quorum.

Wagner, Floyd Warmann and Gregory Sansone resigned from the board in August. Warmann quit abruptly citing an unspecified conflict with his role on the civilian oversight board. Sansone's resignation came amid a federal investigation into a construction contract awarded to his construction company.

Any votes on police department contracts would be postponed until the board's five seats are filled, Wagner said. He said he expected the County Council would take action before the end of November.

Wagner is an executive for Enterprise Rent-A-Car and the husband of U.S. Rep Ann Wagner, R-Ballwin.

The five-member board is appointed by Dooley and approved by the County Council. Board members are paid $1,500 a year. The chairman gets $1,800.

Dooley's appointments in August of former Republican gubernatorial Dave Spence and the Rev. Freddy Clark have been held up because the council has asked for more stringent background checks, and Clark withdrew his name from consideration.

St. Louis County prosecutor pulls his support of Dooley in next election

County executive brushes aside criticism of his performance in office.

Spence pulls out of consideration for St. Louis County Police Board

Troubled five-seat board has only two members.

Police say they will have better tools and faster turnarounds on forensic evidence.

Spokeswoman says St. Louis County executive did not request such criminal checks by the officers.

The result would better reflect realities of the region and help the city shake its high-crime reputation, officials say.

County Council decides not to vote on two nominees submitted by county executive. 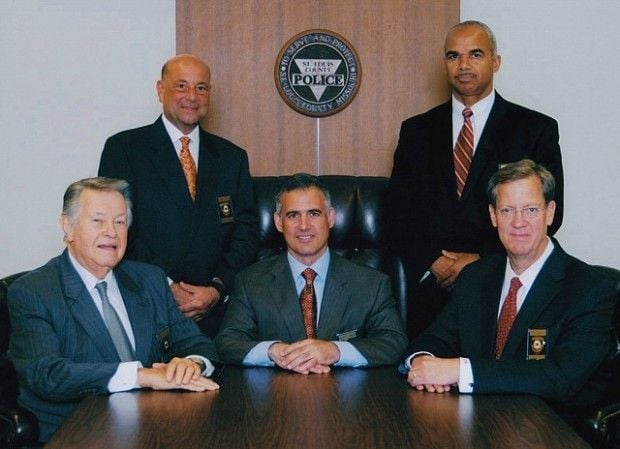 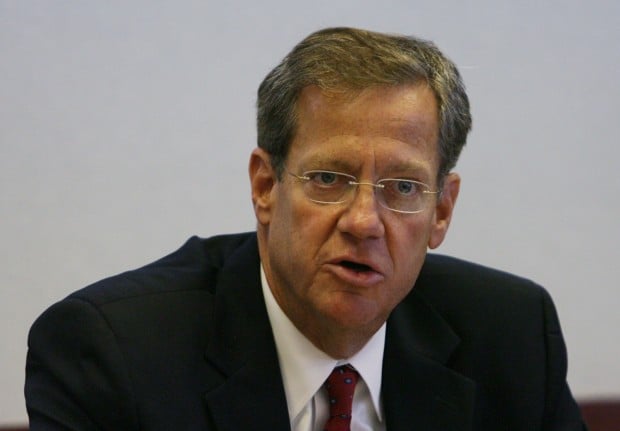 Raymond T. Wagner Jr. announced his resignation from the St. Louis County Board of Police Commissioners on Tuesday, Aug. 27, 2013, at the St. Louis County police headquarters in Clayton. Wagner made the surprise announcement at the beginning of a board meeting. Photo by J.B. Forbes, jforbes@post-dispatch.com