St. Louis soccer stadium, MetroLink plans approved by Board of Aldermen
0 comments
Share this
{{featured_button_text}}
1 of 3 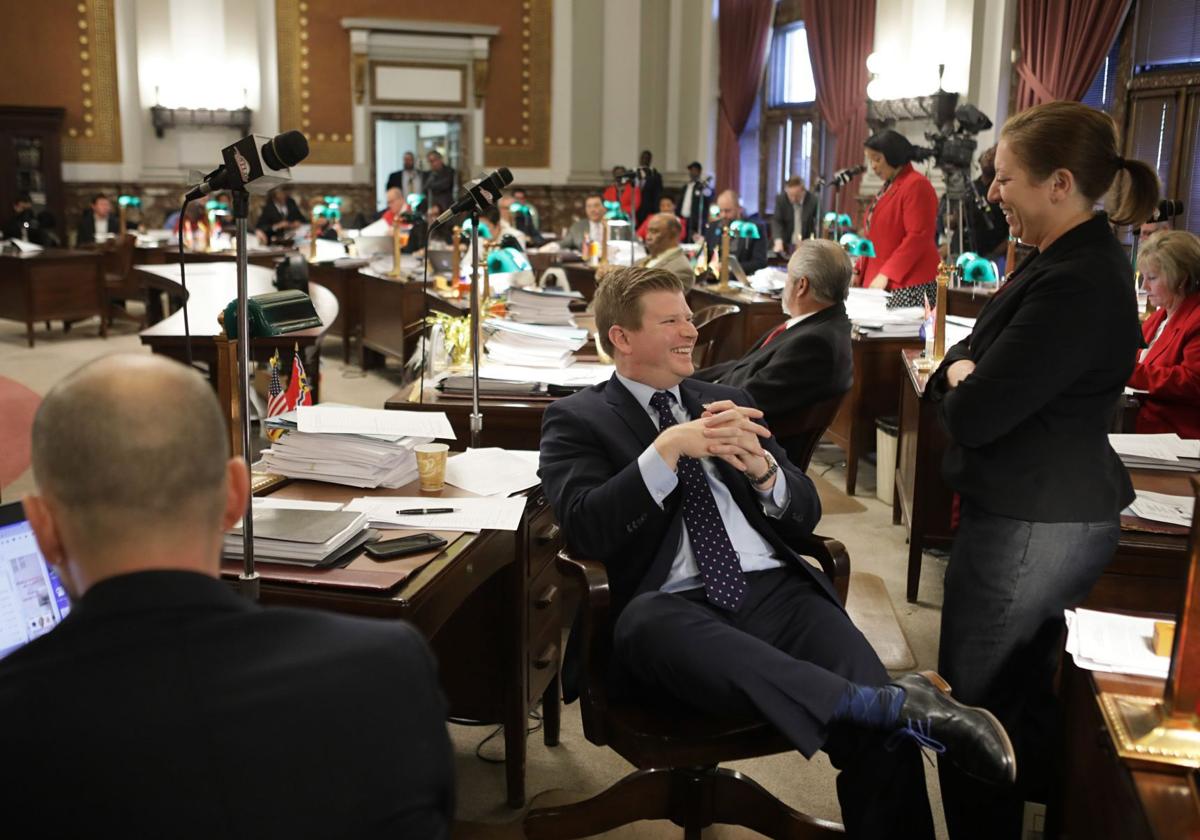 St. Louis Aldermen Jack Coatar and Christine Ingrassia talk during debate on their bill that asks voters to approve funding for a possible MLS stadium on Friday, Feb. 3, 2017. The Aldermen voted 19-7 to pass Coatar's and Ingrassia's bill and the bill now needs to be signed by the mayor and put on the April ballot by a judge. Photo by David Carson, dcarson@post-dispatch.com 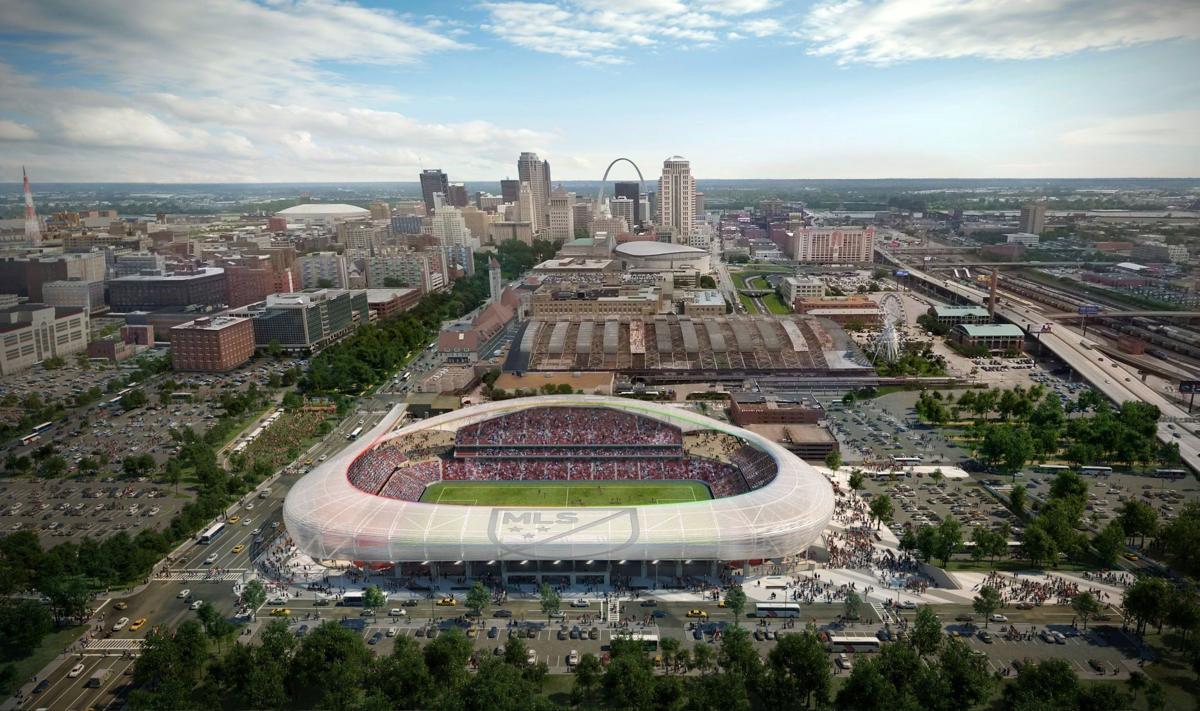 Hopeful owners of a Major League Soccer team are proposing a $200 million downtown stadium west of Union Station that could hold 20,000 people and open in 2020 or 2021. The renderings for the ownership group, SC STL, were done by HOK. 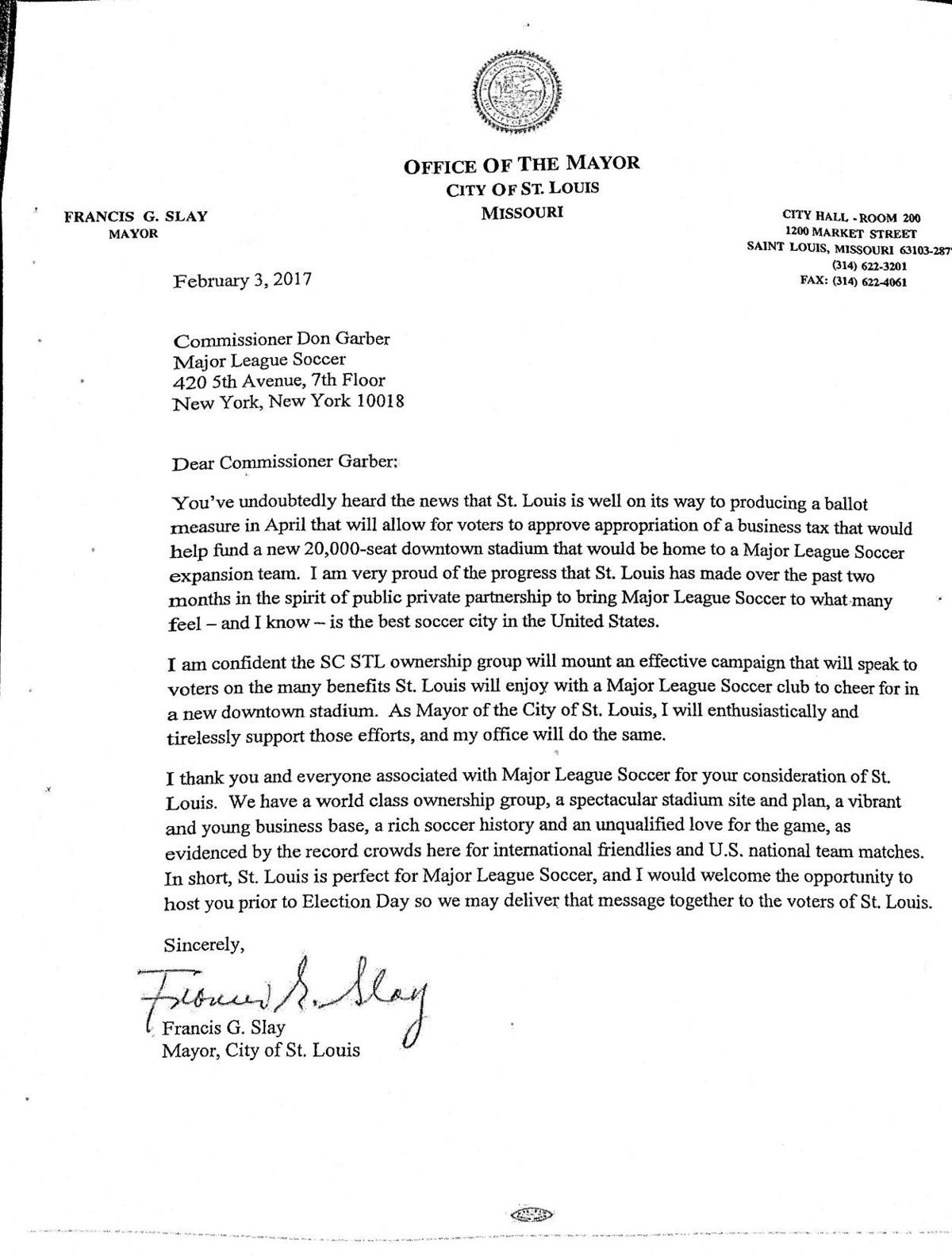 ST. LOUIS • After weeks of public meetings, stalled votes and behind-the-scenes negotiations, the Board of Aldermen passed on Friday two bills that could set in motion expansion of the city’s MetroLink and the construction of a Major League Soccer stadium.

The first bill would give voters a chance to pass a half-cent sales tax increase that would go toward creating a north-south MetroLink line in the city.

The second bill would give voters the option to use money generated by a corresponding increase in the city’s business tax to partially fund a downtown soccer stadium.

The two measures are structured so that funding for the soccer stadium will pass only if voters first approve the MetroLink tax.

Both bills, which are seen as legacy builders for Mayor Francis Slay, are expected to be put to a public vote this spring.

But first, a circuit judge will have to agree to put the proposals on the April 4 ballot. Slay took the unusual step of signing both bills immediately after the board meeting to expedite the process, and the city formally asked a judge late Friday to move the question to the city’s ballot.

Throughout the fall and winter, Slay has said the MetroLink tax is the higher priority. On Friday, he described it as one of the biggest projects he’s ever gotten behind and called it a chance for voters to invest in the city’s future.

“It’s something I’m hoping to leave to whomever takes my place as mayor of the city of St. Louis,” he said. “This is a big deal. This is something that will impact our entire city and will bridge the economic divide between the north and south.”

And while Slay’s staffers have been playing down the mayor’s support for soccer, on Friday he offered the plan his full public support. In a letter to MLS Commissioner Don Garber, Slay said he would “enthusiastically and tirelessly support” the effort to bring a professional team to St. Louis.

Both measures won overwhelming support from the full board on Friday.

Both votes were in a stark contrast to the negotiating and renegotiating that went on throughout January as the bills advanced through the committee process.

The fight over the soccer stadium was the more contentious of the two, as even the bill’s original sponsor, Christine Ingrassia of the 6th Ward, at times urged her colleagues to vote against the proposal.

The private ownership group SC STL originally put together a plan calling for taxpayers to fund $80 million and private investors to spend roughly $95 million to build a 22,000-seat stadium west of Union Station.

After consultation with the city’s budget director, Ingrassia said she wasn’t convinced that deal was in the city’s best interest, and she abandoned her own bill.

It wasn’t until the private investors offered a series of concessions, including lowering their asking price to $60 million in taxpayer funds from $80 million, that Ingrassia agreed to move ahead on the proposal.

Throughout the entire debate, four of the city’s North Side aldermen — Terry Kennedy, Samuel Moore, Chris Carter and mayoral candidate Antonio French — voted against the bill. They argued that it represented misplaced priorities considering the blight and urban decay that make up much of north St. Louis.

Meanwhile, South Side aldermen Stephen Conway, Beth Murphy and Joseph Vaccaro and board President Lewis Reed, also a candidate for mayor, supported the plan. Another South Side alderman, Scott Ogilvie, was often the swing vote.

Ogilvie changed from a “no” vote to a “yes” vote once the bill’s supporters agreed to direct taxes from ticket sales toward the stadium’s financing. Ogilvie said he wanted to reduce the overall burden on city taxpayers.

During Friday’s full board debate, several of the North Side aldermen continued their attack on the plan.

Moore, who represents the city’s 4th Ward, called it “shameful.”

“You guys can find money for anything, but not the right thing,” he said.

The MetroLink proposal got a better reception, but French, the city’s 21st Ward alderman, warned that people shouldn’t think passing the sales tax meant the city would actually follow through.

French, who voted for the bill, said nothing in the proposal prevented the city from using the money collected from the tax for other projects.

Because of all the studying, planning and waiting on federal matching funds the plan requires, city leaders agree it could be close to a decade before construction begins on any new MetroLink lines.

In the meantime, French predicted city leaders would eventually raid the money and use it elsewhere.

“We don’t even have a full plan yet,” he said. “This is a dangerous thing, to ask for the money up front.”

Board of Aldermen passes two bills

Two measures approved by the St. Louis Board of Aldermen Friday would give city voters the authority to authorize:

Ambush hope this season's struggles can lead to better future

Defeat at Rapid City is the 10th in a row.

St. Louis Aldermen Jack Coatar and Christine Ingrassia talk during debate on their bill that asks voters to approve funding for a possible MLS stadium on Friday, Feb. 3, 2017. The Aldermen voted 19-7 to pass Coatar's and Ingrassia's bill and the bill now needs to be signed by the mayor and put on the April ballot by a judge. Photo by David Carson, dcarson@post-dispatch.com

Hopeful owners of a Major League Soccer team are proposing a $200 million downtown stadium west of Union Station that could hold 20,000 people and open in 2020 or 2021. The renderings for the ownership group, SC STL, were done by HOK.