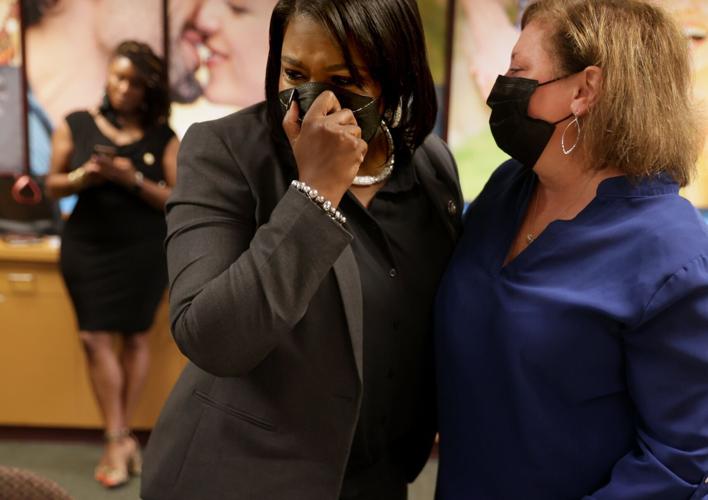 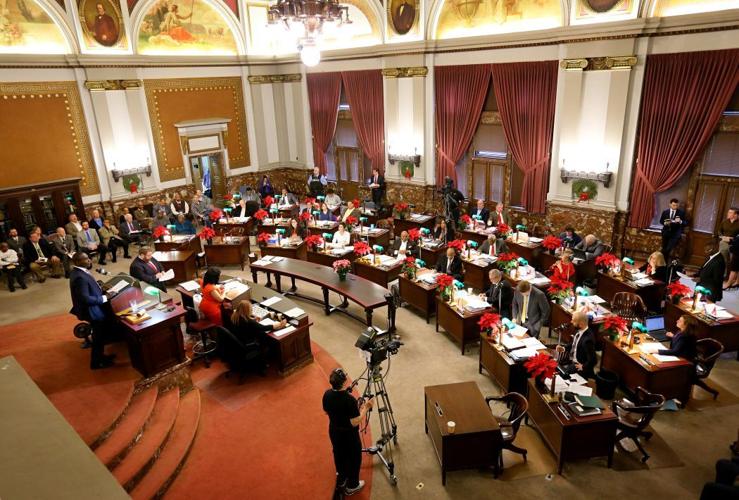 ST. LOUIS — The city would use $1 million in federal pandemic aid to help St. Louis women get abortions in Illinois, where the practice remains legal, under a proposal submitted Friday to the Board of Aldermen.

The money would go to various organizations through a new Reproductive Equity Fund in the city Health Department.

The bill also would channel up to $500,000 through the fund for other reproductive health care expenses such as access to doulas and lactation support.

“This innovation should be a model for the rest of the country and underlines the critical importance of following state and local leadership as we prepare for and respond to the federal loss of abortion,” said Mallory Schwarz, executive director of Pro Choice Missouri, an abortion rights group supporting the bill.

Sam Lee, director of Campaign Life Missouri — a leading anti-abortion organization — contended that the bill would violate a Missouri state law that bars the use of public funds in “assisting an abortion.”

He said if the measure is passed, his group would ask Missouri Attorney General Eric Schmitt to file a lawsuit to try to block it. Pro-Choice Missouri and Rice didn’t respond to Lee’s argument.

Rice said it’s likely that most people accessing the transportation and child care aid would be using abortion facilities in the Metro East area but that it’s possible some will have to travel further such as to other parts of Illinois.

The bill notes that the pandemic has strained access to “comprehensive reproductive health care” and that the pregnancy-related mortality ratio here is four times greater for Black women than white women.

The bill also would allocate $250,000 to evaluate and support the program and $1.3 million for additional COVID-19 testing, vaccination and treatment efforts. The money would come from the city’s second round of American Rescue Plan Act funds.

Earlier in the meeting, the board observed a moment of silence at the request of Alderman Cara Spencer, 20th Ward, “in recognizing the rights of women that have just been trampled on” by the Supreme Court.

She said the decision allows states “to force the birth of children that they refuse to care for, perpetuating and expanding the cycle of poverty.” Aldermen Megan Green, 15th Ward, and Shane Cohn, 25th Ward, also expressed alarm at the ruling.

In other action Friday:

• Aldermen approved a tax abatement for a manufacturing facility on Bircher Boulevard. But at the urging of Alderman Sharon Tyus, 1st Ward, the board voted to remove the name of former Alderman Jeffrey Boyd as the sponsor.

Boyd resigned June 3 after he pleaded not guilty to federal corruption charges, including an allegation he accepted bribes in exchange for advancing property tax aid unrelated to the Bircher project. “It makes us appear to be tone-deaf” to leave Boyd’s name on the bill, Tyus said.

• Alderman Dan Guenther, 9th Ward, introduced legislation to allocate $10.6 million in ARPA funds to the Regional Arts Commission to help arts and culture organizations to recover from the pandemic.

The commission had asked the city for aid to help offset the big loss in hotel-motel tax revenue, a major funding source for the agency, due to the pandemic.

• Jones’ reappointment of the Rev. Earl Nance Jr. to the Regional Convention and Sports Complex Authority was sent to a committee for review.

Tyus objected to approving the nomination Friday, renewing her complaints about the authority’s “closed-door meetings” with St. Louis and St. Louis County officials about how Rams lawsuit settlement money will be distributed.

The Supreme Court’s decision will almost certainly divide the St. Louis metro area, a center of abortion access and a region with deep Catholic roots.

Thousands of people across the country grappled with the reality of a post-Roe America on Saturday.

Bill given preliminary OK by St. Louis Board of Aldermen would allocate federal pandemic aid to provide transportation, child care and other logistical support for residents getting an abortion in Illinois and other states where it remains legal.