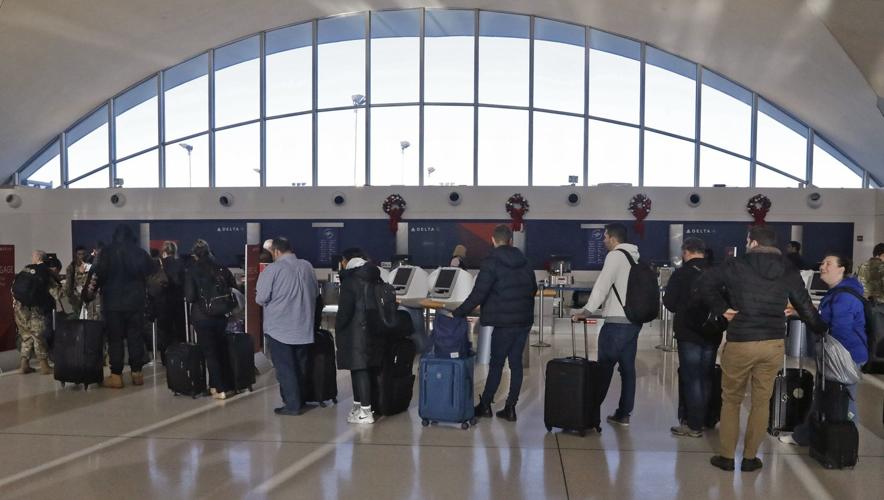 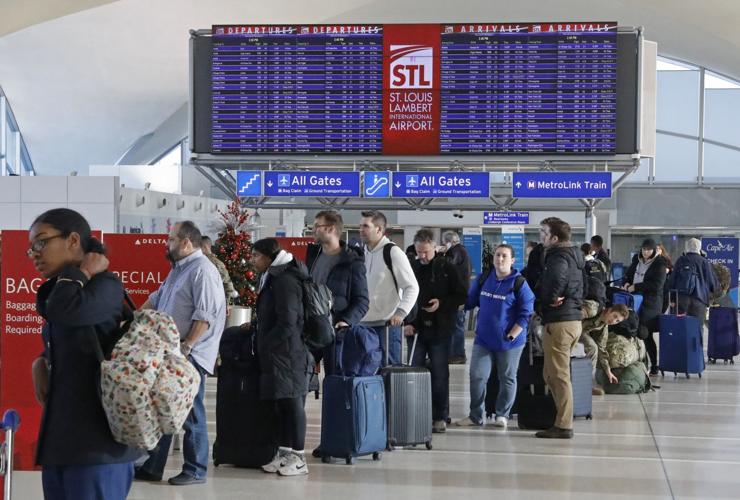 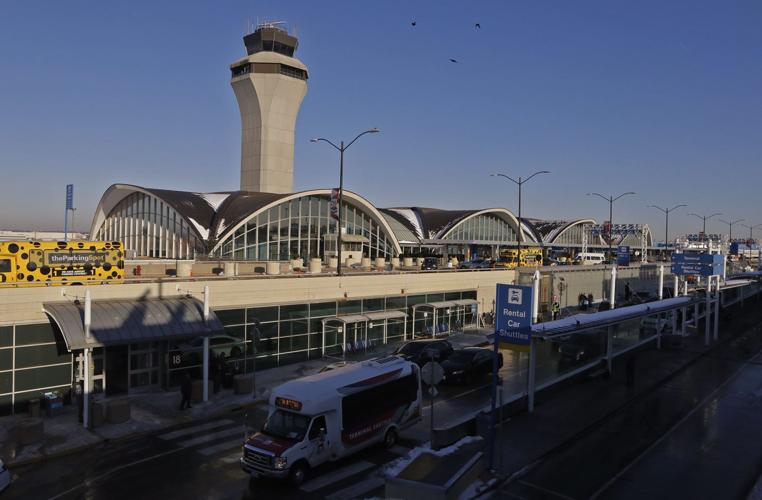 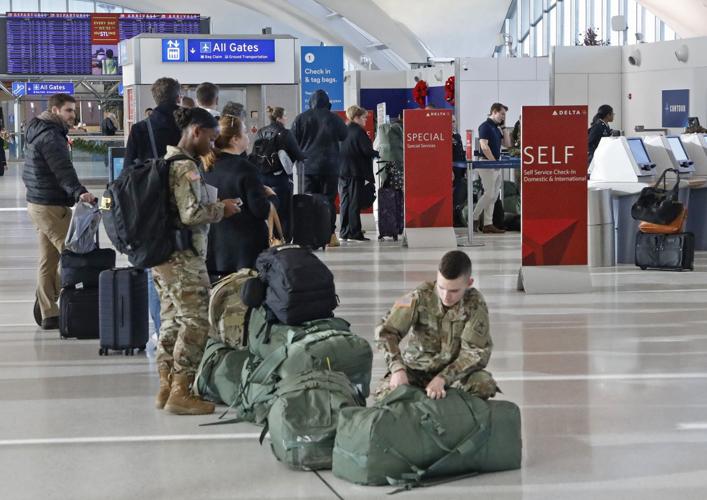 ST. LOUIS — Mayor Lyda Krewson’s bombshell announcement Friday that she would effectively kill the exploration of leasing St. Louis Lambert International Airport to a private operator came amid a steady but growing chorus of opposition, some visible and some behind the scenes.

Skepticism had been constant from some corners since the beginning, such as that from St. Louis Comptroller Darlene Green and Alderman Cara Spencer. It was more recent from others — Congressman William Lacy Clay, D-University City, last month asked for a public vote on privatization, and lawyer Mark Pedroli of the Sunshine and Government Accountability Project sued the city over closed records two weeks ago.

Yet behind the scenes, the final straw may have been concerns raised by prominent business groups Civic Progress and the Regional Business Council, made up of CEOs of many of the region’s largest companies. Sources who spoke on the condition of anonymity said some business leaders felt the city’s effort had left them in the dark about privatization and concerned about transparency.

In recent weeks, prominent business leaders met with Krewson and her representatives to convey their reservations about handing the airport to a private operator for decades to come, according to sources. Though the city, which owns Lambert, has been exploring privatization since early 2017, when former Mayor Francis Slay started the process, the issuance of a request for qualifications from potential bidders in October made some business leaders take notice: Privatizing Lambert was no longer theoretical.

In her Friday interview on the St. Louis Public Radio program St. Louis on the Air, Krewson mentioned the business community four times. Without the support of the public, elected officials and businesses, she noted, “we’re not going to get there with this process.”

And though the city had indicated that airlines representing 80% of Lambert’s traffic had agreed to “a preliminary framework” exploring privatization, business leaders had begun quietly raising concerns with airlines, according to a person familiar with the matter. Krewson told the St. Louis Business Journal Friday that the airlines “remain pretty skeptical.”

“I think we have everyone’s attention. Certainly, we have the business community’s attention,” Krewson said during the St. Louis Public Radio interview. “Our partners with the airlines are, I mean, they’re our most important partners. I mean, as you know, Southwest, American, Delta, United, all of those are big carriers at our airport, they’ve gotta be happy.”

Local activists weren’t happy from the beginning that libertarian megadonor Rex Sinquefield’s operation, led by longtime associate Travis Brown, was funding the entire privatization effort and stood to be reimbursed if the deal went through. It also gave some business leaders pause.

In a letter to the Airport Advisory Working Group, made up of votes from Krewson, Green, Board of Aldermen President Lewis Reed and Budget Director Paul Payne or their representatives, Krewson said she has listened closely to residents, business leaders and other elected officials. They “have expressed serious concerns and trepidation about the process,” she wrote.

Because of Green’s opposition, a no vote from Krewson’s representative — Deputy Mayor Linda Martinez — would block the deal. Reed has been supportive.

A person close to Krewson who asked to remain anonymous dismissed the idea that opposition from Civic Progress and the Regional Business Council killed the deal: “There are people in both those groups that are for the learning process to go forward and others that weren’t.”

The person also brushed off any suggestion that Krewson was concerned about the impact of keeping the process — which backers hoped could result in an upfront payment to the city of hundreds of millions of dollars — alive as she gears up for her reelection bid. The election, scheduled for March 2021, is well over a year off, the person said.

But that source and others close to the business leaders agreed that the process has managed to coalesce the business community and focus its attention on Lambert — hopefully finding a way to raise more capital to pay down debt and improve the airport and potentially utilize undeveloped land surrounding it.

Thomas Santel, president of Civic Progress, and Kathy Osborn, president and CEO of the Regional Business Council, released a joint statement responding to inquiries about any concerns they expressed to Krewson during recent meetings:

“St. Louis Lambert International Airport is of vital importance to the success of our region and our economy,” they said. “The members of Civic Progress and the Regional Business Council look forward to working with Mayor Krewson and other leaders to take appropriate steps to ensure that Lambert is a strong asset for our region’s future.”

City officials said they considered privatization with the objectives of improving Lambert, generating enough additional revenue to spur transformational changes for the city and aiding economic development in the region.

Opponents complained that the process was set up to benefit special interests and that the city shouldn’t cede decisions on running its prime asset to private operators. They also noted that Lambert under city management had rebounded in recent years with a growth in passenger and cargo flights.

Krewson’s decision followed a rough week for the effort.

On Tuesday, the Post-Dispatch obtained copies of closed meeting minutes that indicated there had been a disagreement about the qualifications of one of the groups in contention for a possible Lambert lease, STL Aviation Group, which included several prominent St. Louis businesses.

STL Aviation Group wasn’t among eight groups the city’s lead consultant, Moelis & Co., recommended, based on the minutes obtained by the Post-Dispatch. But Deputy Mayor Martinez, the minutes show, argued that “excluding them would send a negative message to the community since they are familiar with the St. Louis area.”

And Thursday, the St. Louis County Port Authority voted to issue a request for proposals to study whether privatizing Lambert is a good idea — and also to explore regional governance. The measure had initially irked Krewson. And the Port Authority first voted to table the measure in November after some board members said the effort was confrontational and none of the county’s business.

Denny Coleman, the longtime head of the St. Louis County Economic Council and now the director of the Port Authority, said on Friday the authority still plans the study, and hopes the city will join the process as part of an advisory board.

“I think having a city representative, even the airport represented on this advisory group that we’ll be setting up, would be very important, even more important now,” he said.

Payne, the city budget director who served as chairman of the airport working group, said “it’s disappointing” the city didn’t get to see some of the potential bidders’ proposals. On the other hand, he said: “I recognize we’ve got a lot of work done in the last two years that will serve as a good basis” on which to base decisions about Lambert in the future.

“A lot of this work will not be in vain,” Payne said.

Mark Schlinkmann, of the Post-Dispatch, contributed to this report.

January 2018: In a 3-0 vote, a selection committee picks a nonprofit funded by megadonor Rex Sinquefield to help guide the city through a potential privatization; 18 aldermen later call for the rejection of the nonprofit, Grow Missouri.

February 2018: City aldermen pass a resolution requiring public updates on privatization every 60 days from Krewson's administration and the team advising the city on the issue. Several aldermen say the process has already been tainted by Sinquefield's involvement.

June 2018: In one of the first major steps of the privatization effort, city officials gave final approval to hire a team of outside consultants, paid for by Grow Missouri, to help decide whether to lease the airport.

September 2019: Douglass Petty, a communications consultant for the Airport Working Group, said he had been fired amid controversy over whether he called into a radio show under a pseudonym. Alderman Cara Spencer, who was speaking on the program during the August broadcast, said she and one KWMU staffer recognized the voice of a caller using the name Dominique, both believing him to be Petty.

Dec. 20, 2019: In an interview on St. Louis Public Radio, Krewson tells the public that the city is no longer looking at privatization.

Future of St. Louis’ airport may be regional, with privatization out of the picture

Alderman Cara Spencer, a vocal privatization critic: “Now is the perfect time to have that regional conversation and for us all to be at the table.”

Allowing East-West Gateway to study Lambert has been pitched by St. Charles County Executive Steve Ehlmann, who this year takes his turn as chair of the group made up of regional leaders.