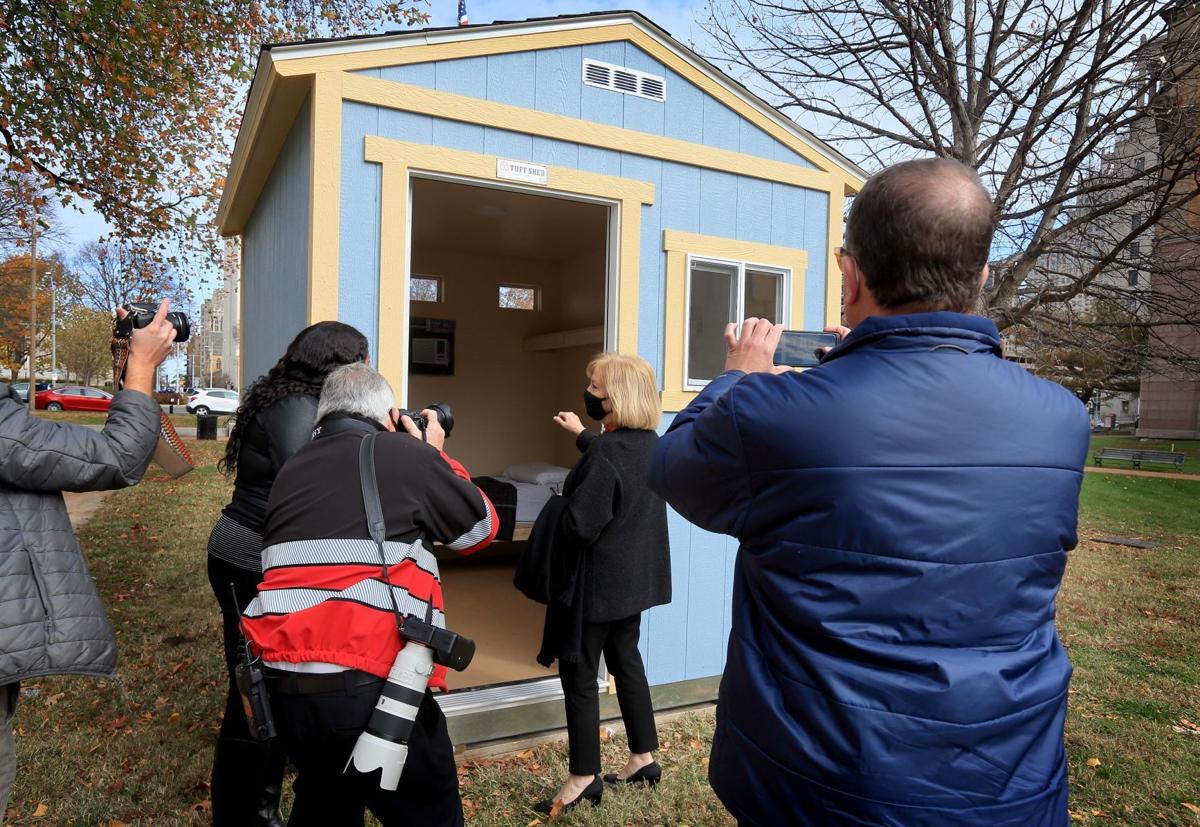 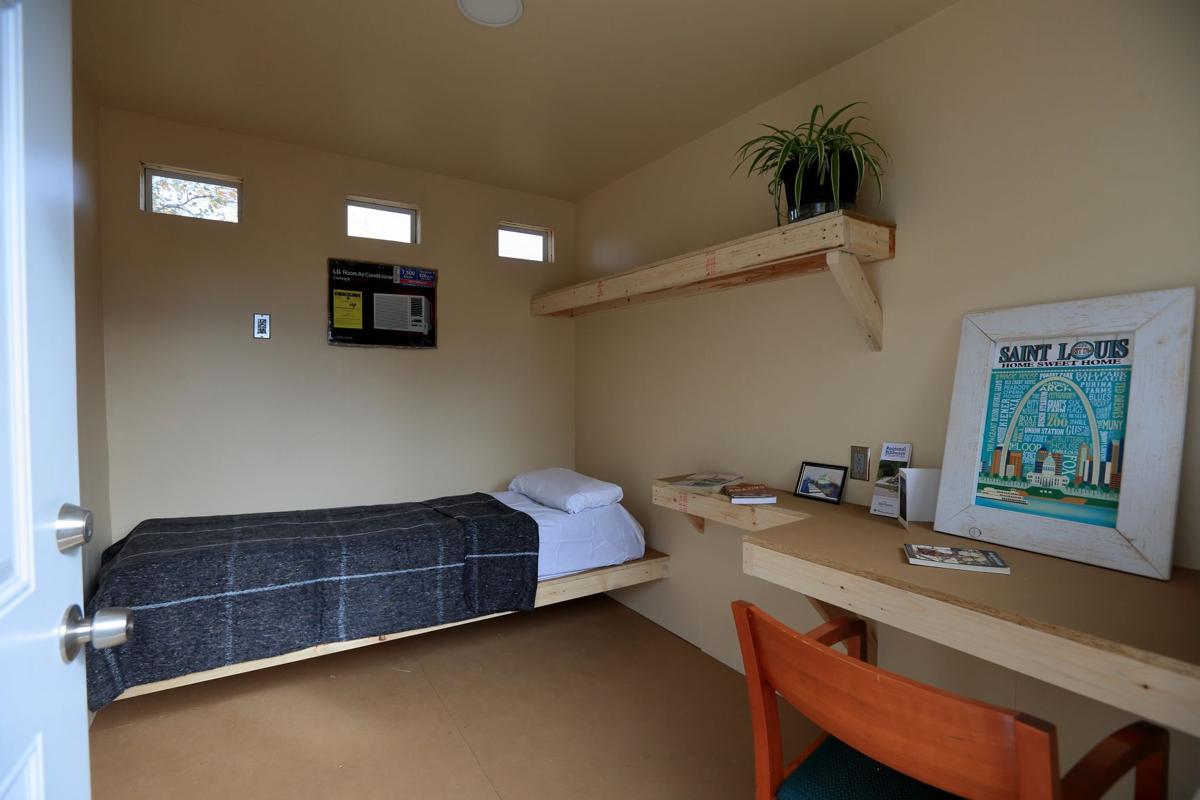 ST. LOUIS — A collection of 50 “tiny” homes will begin sheltering some of St. Louis’ homeless population as soon as next month, Mayor Lyda Krewson announced Tuesday.

The city plans a 29-month lease of property for the new community at 900 N. Jefferson Avenue on the edge of Downtown West, the site of the former St. Louis RV Park. There the rows of colorful, simple homes ranging from 80 to 96 square feet will serve as transitional housing for residents for about four to five months while case workers try to find them permanent shelter.

“Tiny houses are a lot safer, more secure and comfortable than living in a tent,” Krewson said during a news conference, adding that the homes will create a “stronger foundation” for homeless people to rebuild their lives.

The mayor will request $600,000 to fund the construction of the homes and the first year of the land lease from the approximately $35 million in federal coronavirus relief funding St. Louis received this spring to address the impact of COVID-19.

“Folks are much more vulnerable to COVID if they’re living on the street, if they are living in a group setting,” Krewson said. “So this is assistance to prevent COVID transmission.”

Krewson’s chief of staff, Steve Conway, said the city is also concerned that there may be an increase in the homeless population caused by the economic fallout from the pandemic.

The city has a freeze on evictions through Dec. 31 and has already dedicated $7.4 million of CARES money for rental and mortgage assistance, but in the coming months people still may lose housing, Conway said.

With the tiny homes included, the city has created 385 new beds to house the homeless population since the start of the pandemic, Conway said. The additional beds were needed when area shelters had to cut down on the number of people they could serve to prevent the spread of COVID-19, he said.

Earlier this year the city also removed several homeless encampments around downtown, including one with about 50 people living in tents on Market Street near City Hall. The mayor said the encampment was a risk for the spread of the virus and other health issues, and offered to move people living there into the city’s temporary shelter beds when the site was shut down in May. The move was opposed by some advocates for the homeless population in the city.

The small homes on North Jefferson will be across the street from the St. Louis Police Department Central Patrol building and about a mile from two of the city’s other major resources for the homeless, the city-owned Biddle House men’s shelter and the homeless services agency known as the St. Patrick Center.

Krewson said the site was chosen in part because it already had showers, laundry facilities and bathrooms in place from the RV park.

The park stood out among its urban surroundings from the time it opened in the 1980s. The asphalt lot, which featured a pool, served temporary and traveling workers along with vacationers for decades as an unusual urban RV spot near downtown until this fall.

Now the North Jefferson site will include 40 single homes, eight doubles and two homes compliant with the Americans with Disabilities Act, according to Krewson’s office. Each will have a bed, desk, chair, shelving unit, heat and air conditioning, and a charging unit for electronics. The community will also have on-site case management, Wi-Fi and 24/7 security, Krewson said.

The city is in negotiations to contract with a local service provider to manage the village, but has not yet publicly named the organization.

Krewson will request final approval for the lease and the service provider contract Wednesday at a virtual meeting of the city’s top fiscal body, the Board of Estimate and Apportionment. The board approves all federal relief funding allocations.

If approved, Krewson’s office expects the first residents will be able to move into the homes by Dec. 1.

The project marks the second tiny house concept for homeless people in St. Louis, and the first fully funded by the city.

That effort, funded largely by the Kansas City nonprofit Veterans Community Project, is intended be built primarily on 31 parcels of land purchased from the city’s Land Reutilization Authority, which takes ownership of abandoned property.

New renderings for Veterans Community Project - St. Louis. The campus will be located near the corner of Grand and Aldine in north St. Louis. Special thanks to Remiger Design for capturing our vision. 🇺🇸🏠🇺🇸

Those homes, the majority of them totaling about 240 square feet, are modeled after a similar project started in Kansas City in 2018 by the same nonprofit, which has gotten national attention for its approach.

Other cities have embraced the idea of small homes as a way to give shelter to homeless people, including Seattle; Detroit; Nashville, Tennessee; and Austin, Texas.

Another significant project was announced Tuesday to benefit the homeless in St. Louis.

The nonprofit Doorways, an interfaith agency providing housing and support to people at risk of homelessness due to HIV and poverty, will break ground on a $22 million development Wednesday.

The development will be located at 1101 N. Jefferson Avenue, about a four-minute walk from the tiny house community.

The first phase of the project includes a 50-unit apartment complex for emergency housing, a client-service center and administrative offices.

Construction of the three-acre campus is expected to be completed by Spring 2022.

The nonprofit so far has raised $18 million for the project through private donations, grants and government subsidies. About $1.4 million in funding for the project comes from the Missouri Foundation for Health.

Doorways has experienced a 10-fold increase in demand over the past decade and will be able to offer counseling and a full range of services out of the new location, according to the nonprofit.

Landlords have filed for almost 5,000 evictions since March 19, when local courts suspended them 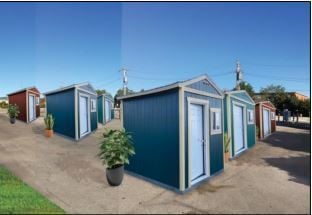