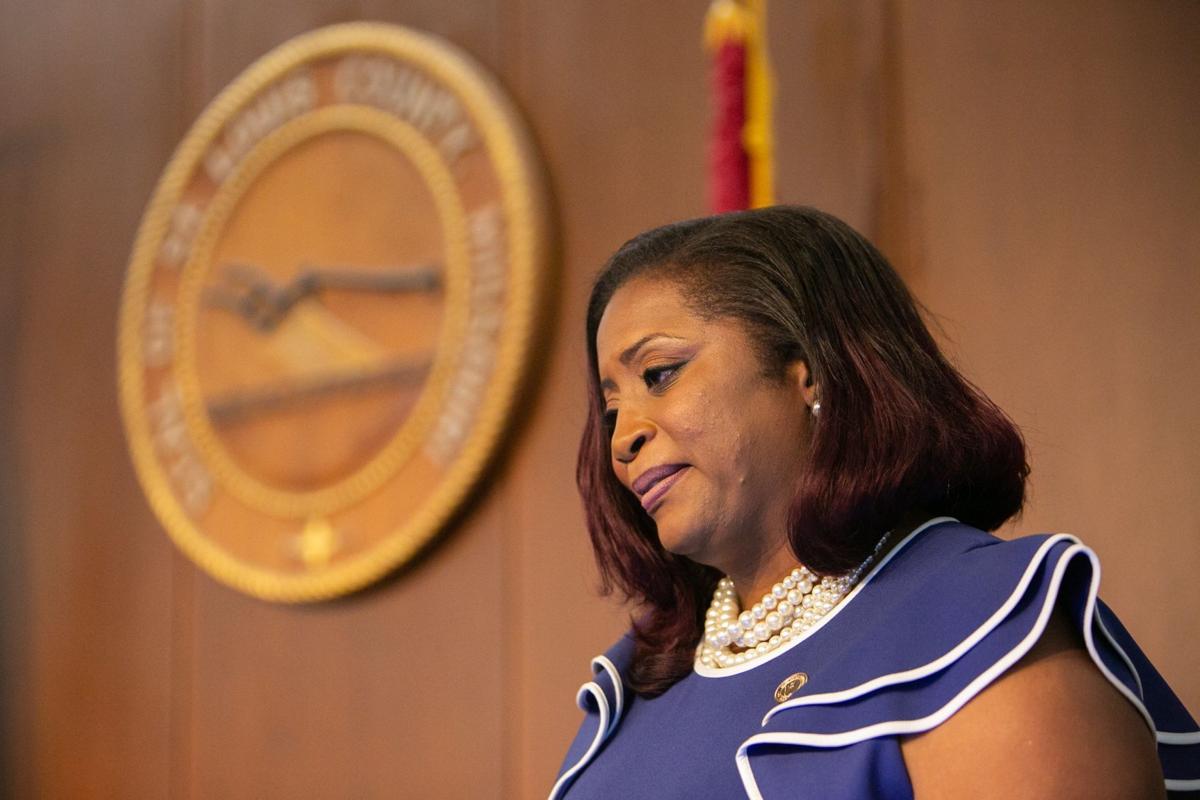 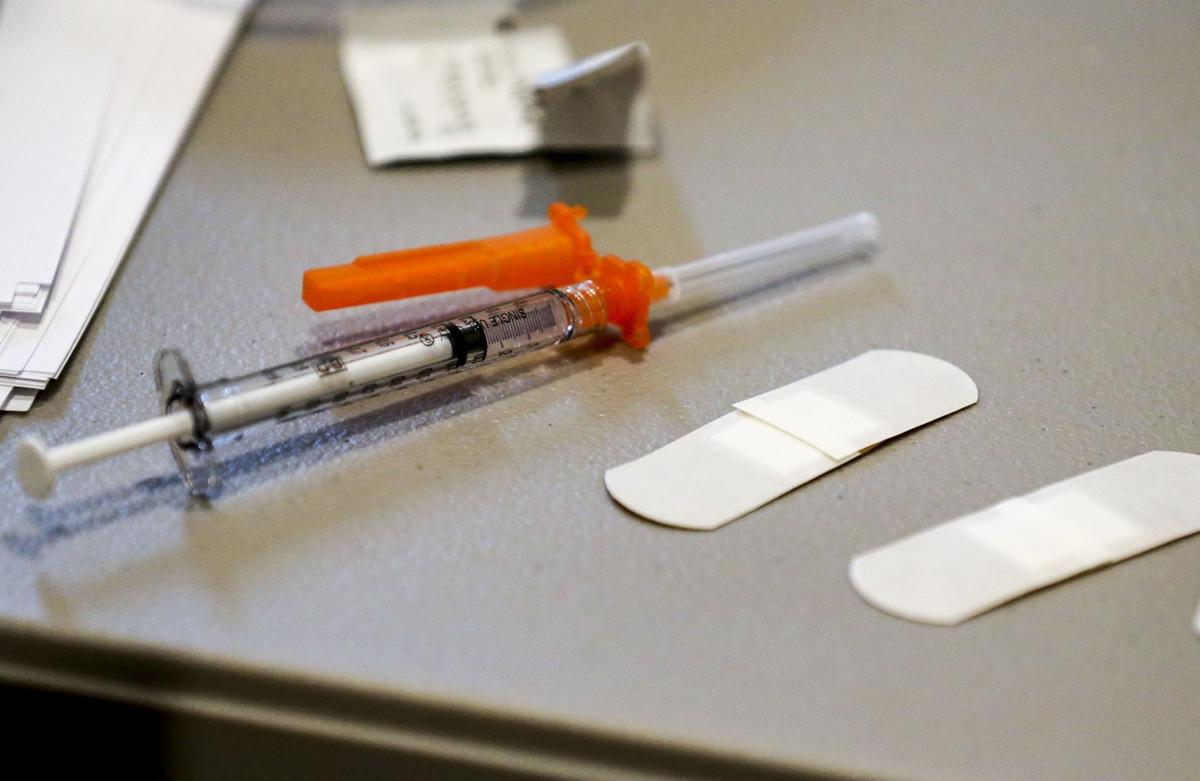 A syringe filled with a dose of the Pfizer coronavirus vaccine sits on a table ready for injection at the St. Charles County Ambulance District building in St. Peters on Monday, Jan. 25, 2021. Photo by Colter Peterson, cpeterson@post-dispatch.com

CLAYTON — St. Louis County Councilwoman Shalonda Webb wants to give residents another reason to get vaccinated against COVID-19: up to $100 to buy groceries and up to $50 for gas or other goods.

Webb, D-4th District, introduced legislation this week that would use $875,000 in federal funds to pay for thousands of gift cards — one each per county resident who gets inoculated against the virus. The federal funds would come out of a $193 million dollar package to the county under the American Rescue Plan Act.

“If it’s going to help ensure that more of our community gets vaccinated and that it’s safe, then I want to make sure we have those options,” Webb said.

But Webb, whose district includes the northernmost area of St. Louis County, said the program is aimed at addressing disparities in vaccination rates in lower income and Black neighborhoods, while providing assistance for food and necessary household items.

Data has shown a lag in vaccination rates in Black-majority areas of north St. Louis and north St. Louis County, compared to whiter, more affluent areas. Health officials have pointed to a range of barriers, from available transportation to technology, that made vaccinations less accessible to those without the ability to sign up online, take time off of work and drive to vaccination sites. In May, Washington University received $1.9 million in federal grants to boost vaccination rates among Black residents by offering “golden tickets” for help with housing, utilities, food and other needs.

A history of abuses in medical practice has also contributed to distrust of the medical establishment among some Black Americans, Webb said. That includes the infamous Tuskegee syphilis tragedy in 1932, in which hundreds of Black men with syphilis were — without their knowledge — not properly treated for the disease, during a 40-year study.

“We have people who actually lived through that time period who were victims of that,” said Webb, who participated in a county vaccination public service campaign earlier this year.

“So, we have to acknowledge it and then give our community members who are hesitant the information and help they need. If this incentive program will entice them to have a conversation with their physician about getting vaccinated, I think it will be a benefit.”

In an attempt to drive up the vaccination rate, the White House, some state governments and private businesses have offered an array of incentives for people to get shots — from paid time off to the chance to win a million dollars.

In Ohio, for example, Republican Gov. Mike DeWine created a lottery offering $1 million prizes for vaccinated adults and full-ride college scholarships for children. Last week, Anheuser-Busch announced it would provide free beer once 70% of American adults nationwide are at least partially inoculated against COVID-19.Webb’s proposal would direct up to $500,000 for grocery store gift cards worth up to $100 each in value, $250,000 for gas station gift cards worth up to $50 each, and up to $125,000 for $50 gift cards for local restaurants, coffee shops and other businesses.

The county’s departments of Public Health and Human Services, which would be responsible for distributing the cards, would determine how much each card would be worth, Webb said. The departments would be required to track the program and provide the County Council monthly updates.

Any gift cards that weren’t distributed after one year would be given to the human services department to distribute to residents in need.

A syringe filled with a dose of the Pfizer coronavirus vaccine sits on a table ready for injection at the St. Charles County Ambulance District building in St. Peters on Monday, Jan. 25, 2021. Photo by Colter Peterson, cpeterson@post-dispatch.com