JEFFERSON CITY — In a sign that Gov. Mike Parson’s crackdown on abortion in Missouri is already playing a role in the 2020 election, Planned Parenthood of St. Louis is being accused of using a court case to harass the governor’s campaign manager.

The accusation by attorneys representing the Republican governor’s administration is part of a bitter legal battle over a new state license for Missouri’s sole provider of abortions.

In response, attorneys for the Missouri Department of Health and Senior Services argued that the move was intended to harass Shippy because Planned Parenthood had previously endorsed the governor’s likely opponent, Democratic state Auditor Nicole Galloway.

The commissioner hearing the case, who serves at the will of the governor, didn’t buy the argument.

“We do not agree that the discovery sought is simply intended to harass Shippy,” said Sreenivasa Rao Dandamudi of the state’s Administrative Hearing Commission.

Rather, Dandamudi said the subpoena of Shippy, focusing on his actions when he was a taxpayer-paid spokesman for Parson, “could lead to admissible evidence” that could be used when the commission hears the case on Oct. 28.

Parson and Planned Parenthood have been locked in a legal dispute since May when the administration allowed the abortion provider’s license to expire without making a decision on renewing it. The state cited concerns that include “failed abortions” that required additional surgeries.

The clinic continues to offer abortion services while the case is pending before the hearing commission.

In the meantime, both sides are lining up witnesses and evidence, including Planned Parenthood’s request to interview Shippy.

Shippy, who left the state payroll in July to run Parson’s reelection campaign, played an active role in the department’s decision to deny Planned Parenthood its license, even though he did not work for the Department of Health and Senior Services, which regulates health care facilities.

Along with responding to Sunshine Law requests made to the department, Shippy also edited documents related to the inspection of the St. Louis facility, court documents say.

“The department later denied Planned Parenthood’s application to renew its abortion facility license on the basis of these deficiencies,” Dandamudi wrote.

As the push to strip Planned Parenthood of its license was underway earlier this year, Shippy also highlighted Parson’s close involvement in the case by delivering photographs taken by state inspectors of alleged problems at the facility to the Post-Dispatch.

Before working for Parson, Shippy ran Secretary of State Jay Ashcroft’s successful campaign in 2016 and served as a personal aide to former Arkansas Gov. Mike Huckabee.

In attempting to block Shippy from being formally interviewed, attorneys also argued that he wasn’t working for the health department and that exploring the governor’s involvement in the inspection process would not lead to the discovery of evidence relevant to the licensing issue.

Dandamudi rejected that argument, saying it was apparent the governor’s chief communications officer was intimately involved in the dispute over the license.

“These actions go beyond mere motivation and may lead to the discovery of admissible evidence,” he wrote.

In addition to trying to strip Planned Parenthood of its license, Parson signed House Bill 126 in May. That law, which a federal judge in August temporarily blocked from going into effect, bans abortions at eight weeks of pregnancy, except in medical emergencies.

In signing the legislation, Parson said that all life has value and should be protected. Missouri’s bill was among legislative efforts by many conservative states to try to get the U.S. Supreme Court to overturn Roe v. Wade, the 1973 ruling that said the Constitution protects a woman’s right choose to have an abortion.

Galloway called the law “cruel and extreme” because there are no exceptions for rape or incest.

The Justice Coalition says Jeff Roorda's "destructive" language has led to "deep distrust" between police and the city's black community.

The county’s plan is to borrow the money to pay Wildhaber and pay it off over 10 to 30 years.

Justice Services Director Raul Banasco first publicly revealed the tablet plan at a meeting with the jail’s advisory board on Jan. 24. He hailed it as a ‘game changer for the inmate population because it’s another avenue for them to communicate.’ 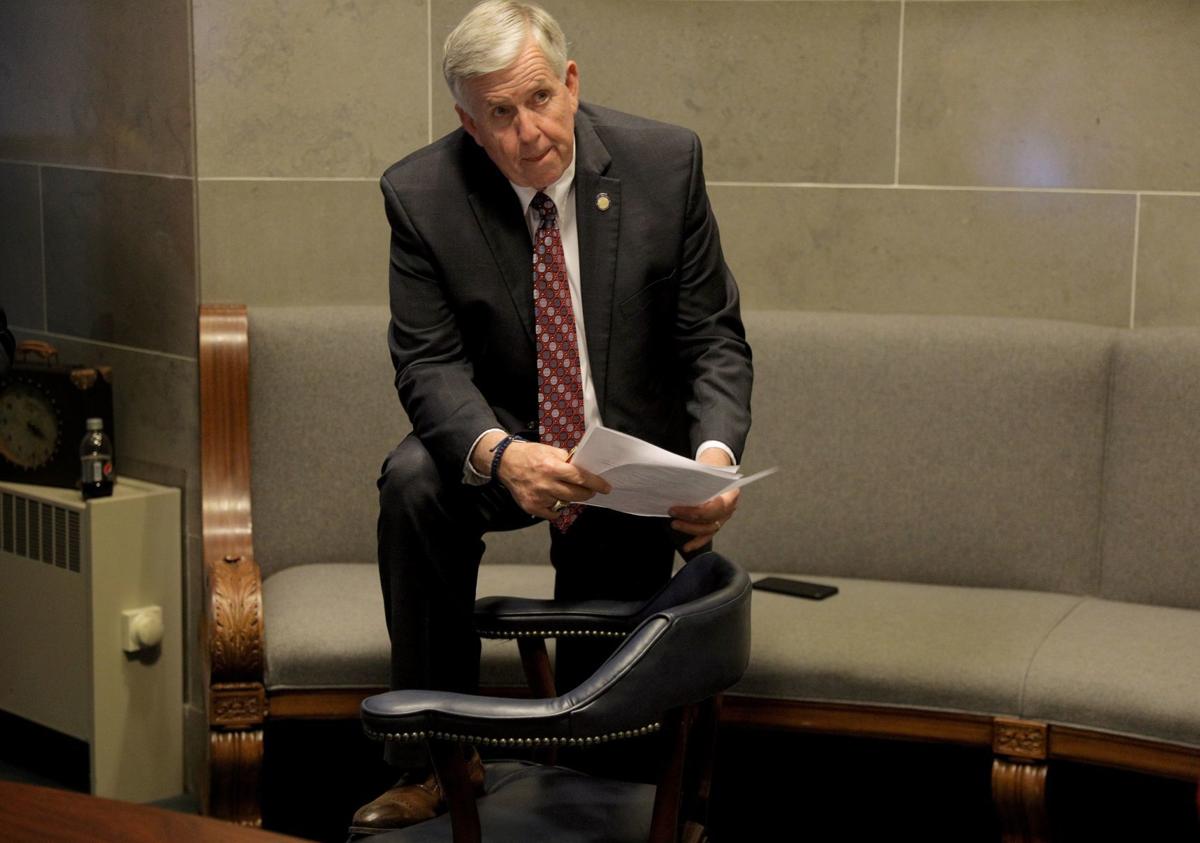 Missouri Governor Mike Parson goes over talking points on Friday, May 17, 2019, prior to a press conference coinciding with the final session of the Missouri legislature. Photo by Christian Gooden, cgooden@post-dispatch.com 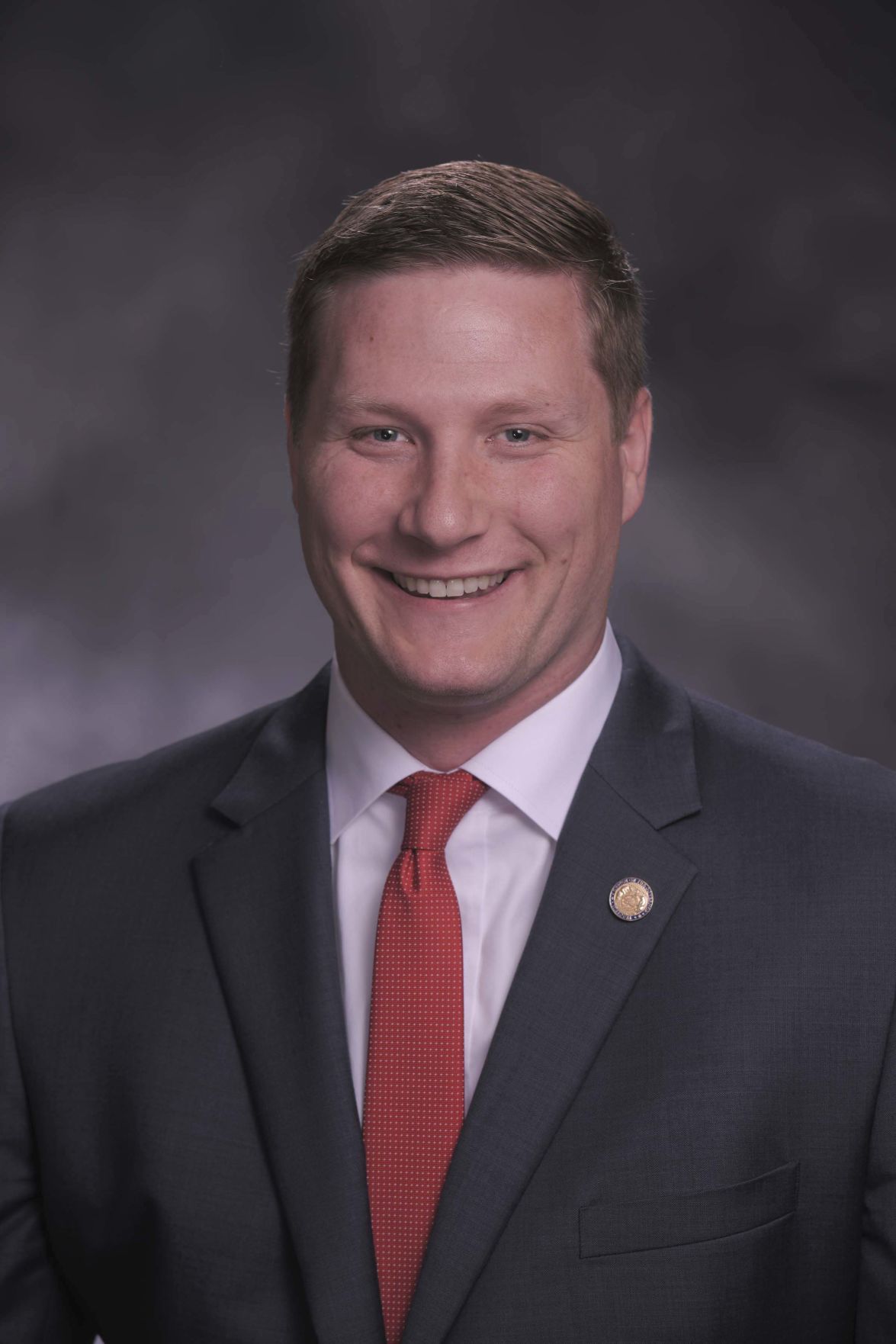