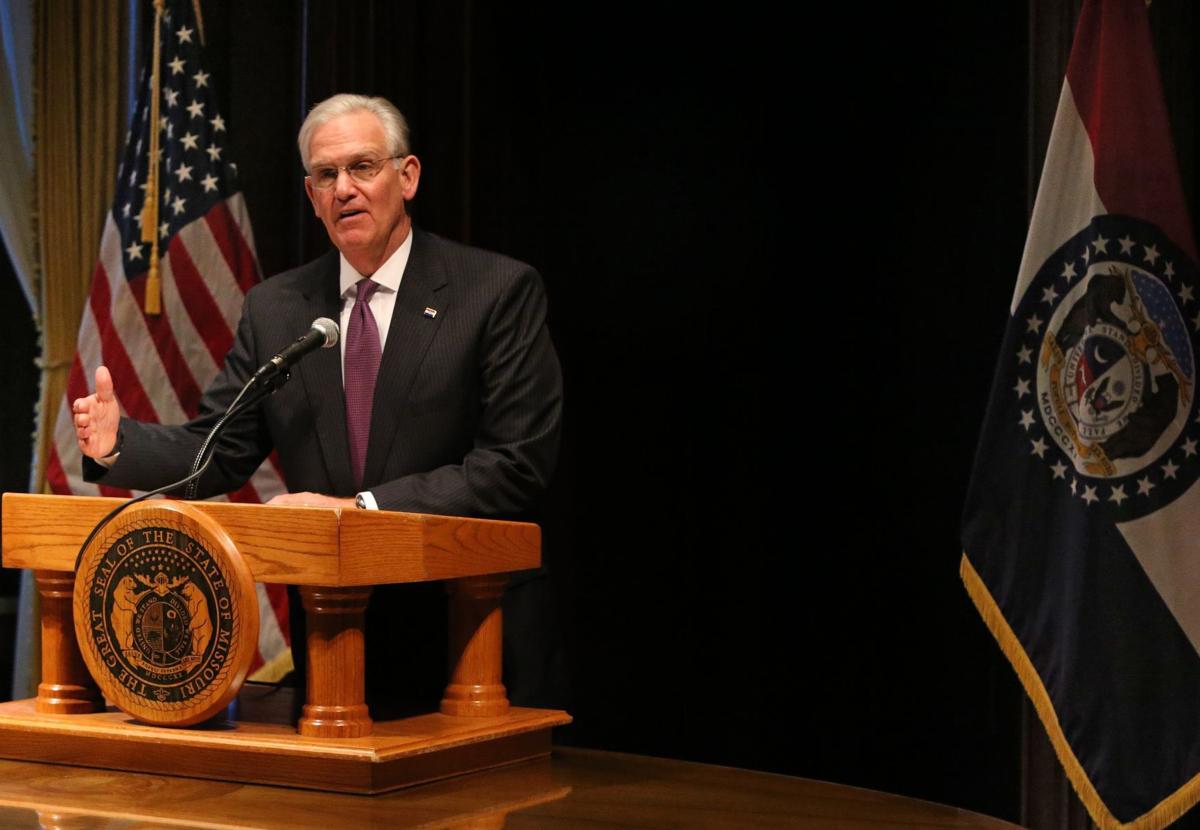 Missouri Governor Jay Nixon answers questions from the media from his office on Friday, May, 13, 2016, following the legislature's last day of the legislative session in Jefferson City. Photo by Christian Gooden, cgooden@post-dispatch.com

JEFFERSON CITY • New figures show the number of poor people receiving temporary cash benefits in Missouri has plummeted in the past five years.

And, the number is expected to nosedive further in the coming months under a proposed new law that calls for the state to scrub the welfare rolls to eliminate people who aren’t eligible for the aid.

According to the most recent monthly statistics obtained by the Post-Dispatch, the total number of people receiving temporary cash assistance through April was 37,486. That’s down from 109,639 in March 2011, according to the Missouri Department of Social Services.

Although the economy has improved since 2011, advocates for the poor say the steep drop is not because more people are finding jobs. Rather, they are pointing to efforts by the Republican-controlled Legislature to tighten the path toward benefits.

Last year, for example, the GOP-led House and Senate overrode Democratic Gov. Jay Nixon’s veto of a bill that limited the length of time families could receive the benefits from a lifetime maximum of 60 months to 45 months.

In addition, they ramped up requirements for low-income parents to get job training, do volunteer work or complete high school and vocational education.

Under the work changes, recipients must sign a “personal responsibility plan” outlining their work activities before they are eligible for cash benefits. If they miss their work assignments, they must meet face-to-face with a caseworker. They would then have six weeks to get back on track. Initially they would lose 50 percent of their assistance. If the problem is not fixed, they lose the entire benefit.

As of May 2016, for example, the Department of Social Services said a total of 4,134 families failed to meet the work requirement and were cut off from cash benefits averaging about $224 a month.

In vetoing the bill last year, Nixon called the proposal cruel and warned lawmakers that it would hurt the state’s children.

The legislation “is a misguided measure that punishes poor children in the Legislature’s zeal to reduce reliance on government assistance,” Nixon wrote.

While the changes have reduced the cost of the Temporary Assistance for Needy Families program, the money isn’t going back to taxpayers. Rather, state officials are putting the funding into other social service programs, such as the Alternatives to Abortion program and additional child care facility inspections.

Jeanette Mott Oxford, executive director of Empower Missouri, which advocates on behalf of low-income Missourians, said the changes have put up roadblocks that poor people often don’t have the wherewithal to deal with.

“The legislation should not have been approved to start with,” said Mott Oxford, a former Democratic state lawmaker from St. Louis. “People seeking the benefit are utterly desperate and dealing with the chaos of just trying to survive.”

Given that the benefit averages less than $300 a month, she said people often turn to family and friends for assistance. “Would you jump through all those hoops for that much money?” Mott Oxford said. The rolls could shrink even more in the coming months under legislation requiring the department to hire a private company to review whether people are eligible for the benefits they are receiving. The measure is nearly identical to one in Illinois that flagged 300,000 people.

In addition to screening recipients of the TANF program, the company also will look at people receiving food stamps and who are participating in MO HealthNet, the state’s Medicaid program.

Although removing people from various state aid programs may initially save money, Mott Oxford said some of them will return after they correct the problems that led to their removal.

“I think you’re going to see quite a bit of churning, but not a large reduction in numbers in the end,” Mott Oxford said.

The architect of the plan, state Sen. David Sater, R-Cassville, did not respond to repeated requests for reaction to the latest numbers.

Change in the number of people receiving temporary cash assistance in Missouri:

Missouri’s welfare policies are lifting barriers for those in poverty

Missouri Governor Jay Nixon answers questions from the media from his office on Friday, May, 13, 2016, following the legislature's last day of the legislative session in Jefferson City. Photo by Christian Gooden, cgooden@post-dispatch.com