ST. LOUIS COUNTY — St. Louis County and the city of Manchester will have eight more months to battle over the fate of a large swath of land. Manchester wants it. The county executive doesn’t want to let it go.

At issue: 2.3 square miles of unincorporated St. Louis County, including tax-rich retail shops, other businesses and about 3,000 homes.

Manchester has been looking to annex the territory for years. On Tuesday, the St. Louis Boundary Commission finalized plans to put the request on the Nov. 7 ballot. Approval requires a majority of voters both in Manchester and in the unincorporated area.

If approved, the move would add about 6,500 residents to the city of 18,000, plus several commercial properties along Manchester Road, the county-owned John Allen Love Park, and two elementary schools in the Parkway School District: Pierremont and Carman Trails.

The county has estimated a roughly $2.8 million revenue loss if the area is annexed. Manchester figures it’ll add $2.1 million in 2023 and $3.9 million in 2024. But the increase, Manchester says, would largely be offset by the cost to serve the new residents.

Last week, Page sought to replace two boundary commissioners, appointed by his predecessor, who had previously voted to approve the annexation request.

And on Monday, the Municipal League of Metro St. Louis, which represents cities across the region, said Page’s attempt was a “clear violation” of the commission’s independence and authority.

“Undue political influence would undermine the Commission’s authority and lead to frustration and mistrust from the residents of St. Louis County,” League Executive Director Pat Kelly said in a letter to Page and the County Council.

“To remove and replace two members of the Commission for the sole purpose of changing the outcome of a previously held vote would be clear violation of Commission independence and authority.”

Page’s office responded to the League letter by pointing to Clement’s position with the group — he sits on its executive board — as a conflict of interest.

The County Council, meanwhile, was not keen on Page’s appointments. It rejected one Page appointee last week by a 3-3 vote and delayed a vote on the other.

Page said residents would pay higher municipal sales and property taxes while losing higher-quality county services. And he said the leftover “islands” of unincorporated areas would be difficult to police.

This week he added another charge: that Manchester wants to annex the territory just to get future sales tax revenues from two marijuana dispensaries, Kind Goods and N’Bliss, both on Manchester Road.

Manchester, which currently does not include any pot stores, is considering asking voters to approve a 3% sales tax on recreational marijuana, which was legalized last year. State law allows one government to collect the tax from each store; St. Louis County and dozens of other local governments, are considering the same sales tax.

“It’s a shame the mayor has not been transparent with residents about the real intent of the annexation efforts,” Moore said.

Clement said Page’s accusation was “really silly” because the city had signaled it would seek to annex the area in 2018 — before medical marijuana was legalized in Missouri.

Moreover, Clement said, Manchester is willing to annex the unincorporated “islands,” too — if the county asks.

Moore said Manchester should have included the areas in its current plan if it genuinely wanted to address the concern.

People can say whatever they want at St. Louis County Council. That could change.

Speakers say an effort under new St. Louis County Council leadership to limit their speech at council meetings amounts to a violation of the F…

With new rules in place, the St. Louis land bank prepares to lift its sales moratorium

Bailey’s letter was co-signed by 19 other attorneys general of conservative-leaning states.

Some key GOP legislators have not emerged as fervent supporters of new restrictions on drag shows.

The added costs will go toward the development of an updated computer system handling all motor vehicle transactions. 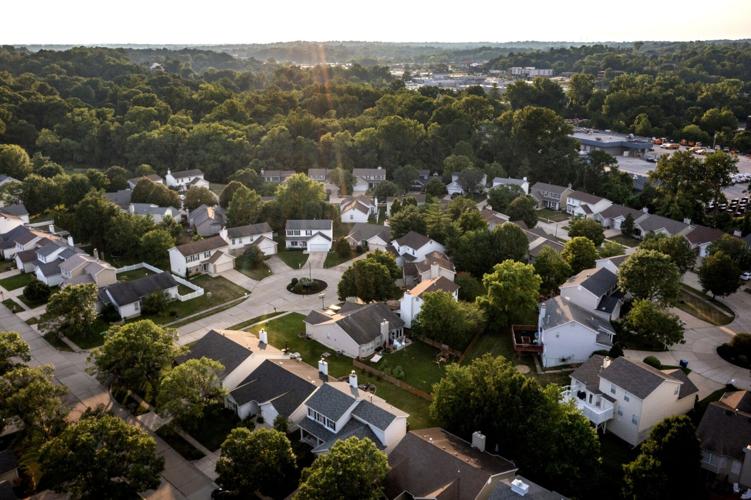 Homes along Barrett Place Drive in unincorporated St. Louis County as seen on Monday, July 18, 2022. The city of Manchester has proposed annexing these homes from St. Louis County. Photo by David Carson, dcarson@post-dispatch.com 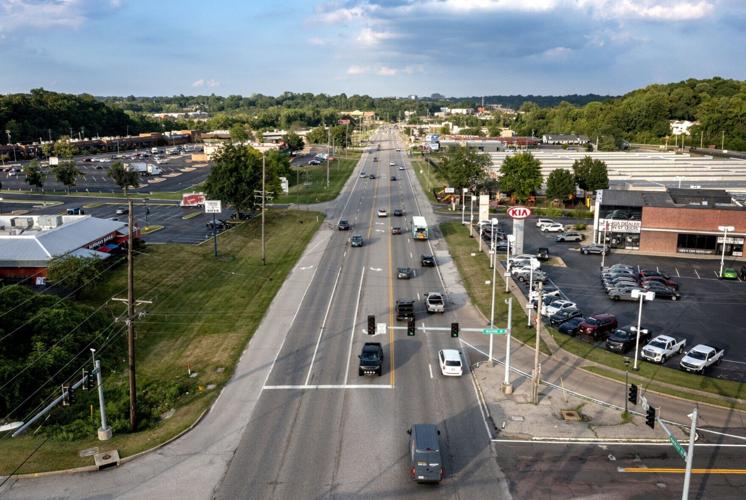 Traffic moves along the 14100 block of Manchester Road in an unincorporated part of St. Louis County on Monday, July 18, 2022. 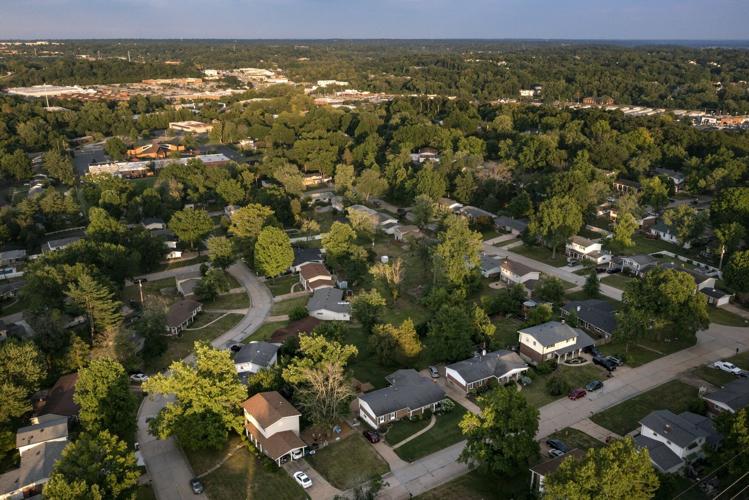 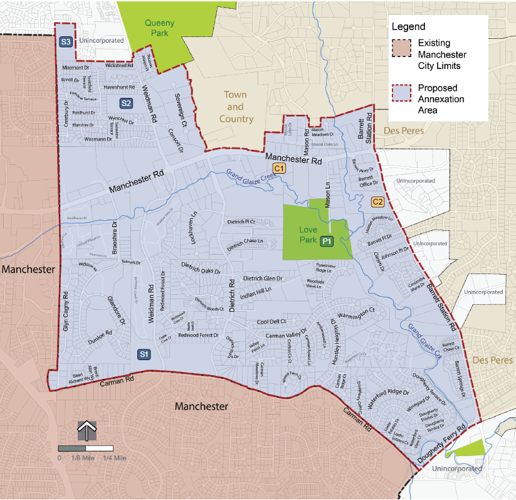 A map showing three unincorporated pockets east of Barrett Station Road that would be leftover should voters approve a request by the City of Manchester to annex unincorporated territory. Image courtesy of the St. Louis Boundary Commission.