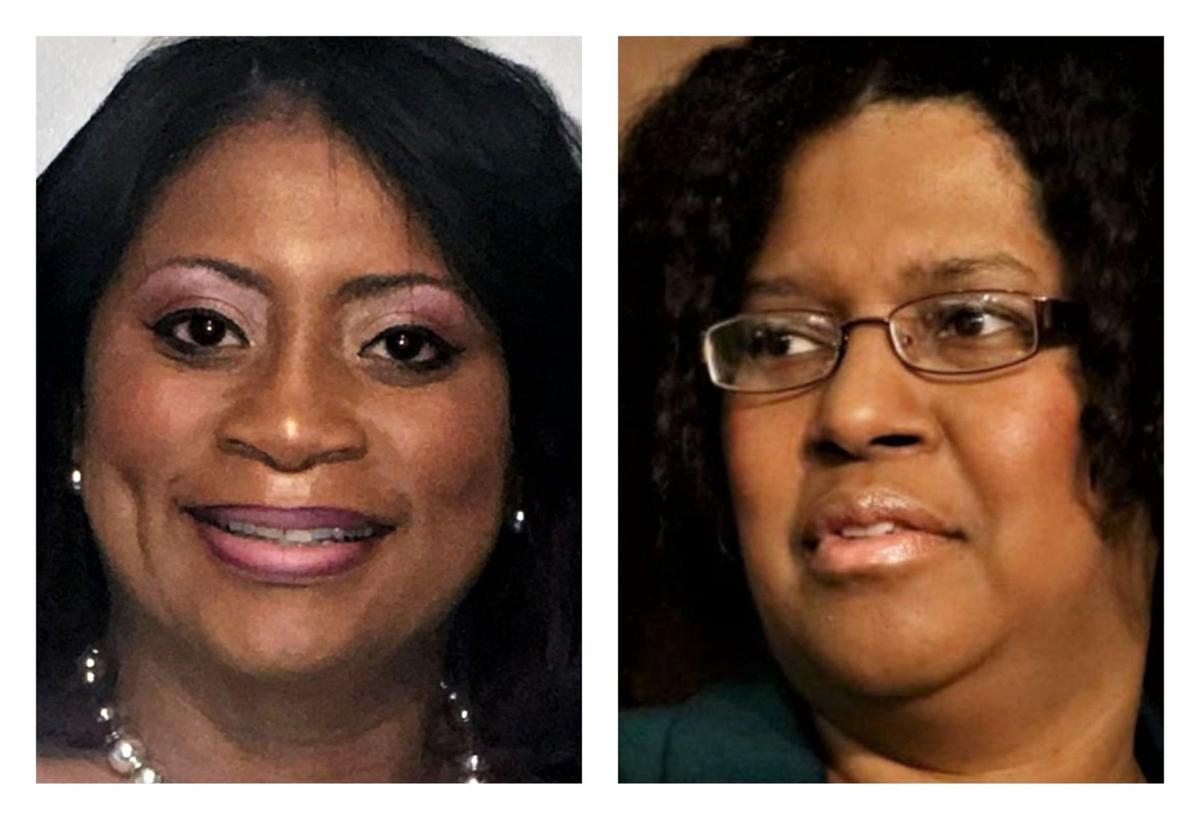 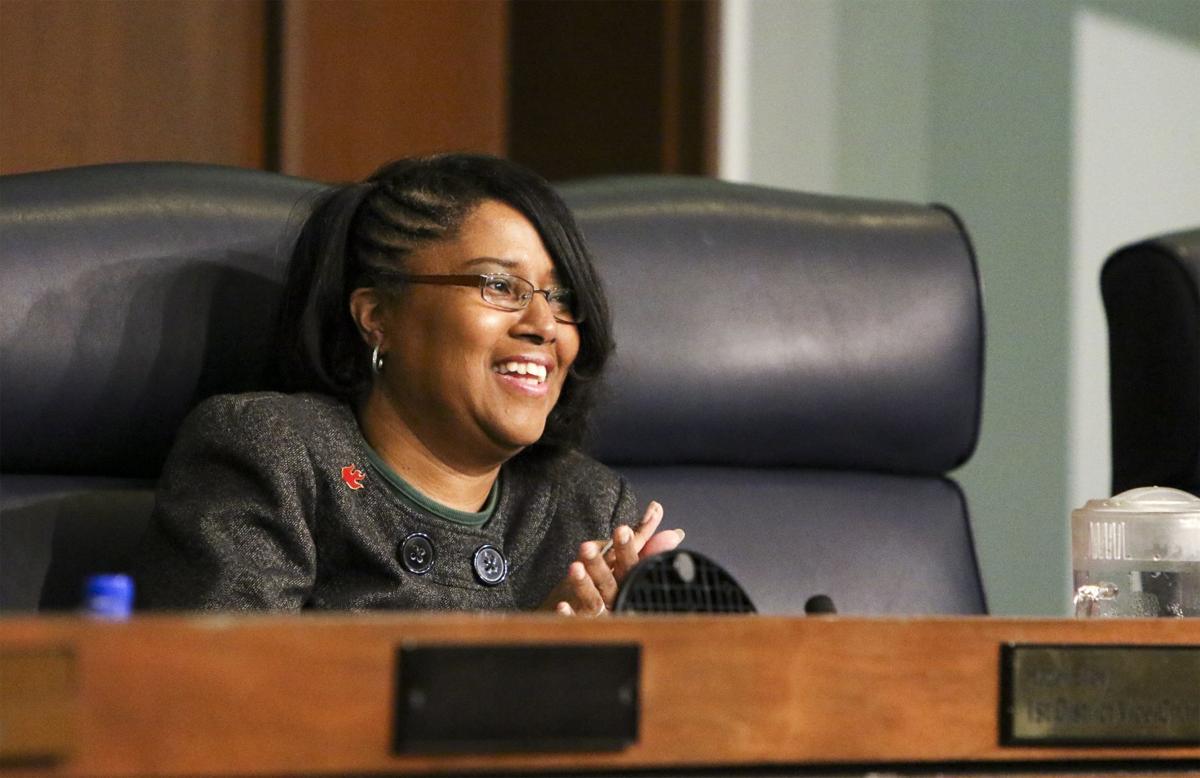 ST. LOUIS — The St. Louis County Council is sharply divided over whether Councilwoman Rochelle Walton Gray, who lost a bid for a second term, gets to vote Tuesday on the next leader of the seven-member legislative body.

Councilwoman-elect Shalonda Webb defeated Gray, D-District 4, in the Aug. 4 Democratic primary by a 10-point margin, then handily won the general election with more than 78% of the vote.

But under a charter change, also approved Aug. 4 by voters, Webb won’t be sworn in as the next representative of District 4 until Jan. 12. The county charter amendment changed the date when council members’ four-year terms begin to the second Tuesday of January, rather than Jan. 1.

Gray and her supporters, including Chairwoman Lisa Clancy, D-5th District, say the charter change extends Gray’s term until Webb is sworn in, allowing the defeated incumbent to vote for the leadership of a government body that she will no longer be a part of.

In a 4-3 vote on Dec. 22, Clancy successfully pushed to hold a vote on leadership positions at the council’s Jan. 5 meeting, citing legal advice from St. Louis County Counselor Beth Orwick that the charter requires the council to select its leaders at the first meeting of the year and that the second Tuesday in January is the new start and end of council members’ terms.

But Webb and her supporters, including Councilman Tim Fitch, R-3rd District, argue that Gray was elected under a previous charter that requires her term expire on Jan. 1, and that the new swearing-in date doesn’t apply to her term.

Gray’s plan to participate in the meeting Tuesday will disenfranchise voters who didn’t elect her to a second term, Webb told the Post-Dispatch on Monday.

“The people in North County in District 4 have spoken very clearly, in August and again in November, that they want new leadership and that I have earned their support and trust to represent them as their new leader and serve them,” Webb said.

“For them to not have a voice in selecting leadership of the council is really disenfranchising,” Webb said.

In a statement Monday, Gray said she represents District 4 until her term expires Jan. 12.

“The charter is the charter,” she said. “It sets one meeting to choose a chairman and vice chair. Otherwise there won’t be a chairman. I will be there to represent our constituents.”

Days has often broken with other Democrats, joining with Fitch and Councilman Mark Harder, R-7th District, to oppose Page.

Days is considered a possible successor to Clancy as chairwoman, but needs to secure one more vote. The other candidate for chairwoman is Dunaway, who is likely to get the nod if Gray is allowed to vote.

Webb, for the record, says she is still deciding who she would want as council chair and vice chair.

“Before I can even think of who I am going to support I need to make sure that the members of the council are going to be fair to the people in the county and let their elected leader’s voice be heard,” she said.

In a letter on Dec. 31, Fitch accused Orwick of interpreting the charter to secure a Page ally’s election to council chair, arguing Gray’s participation in the Tuesday meeting would violate the charter and the Missouri Constitution.

“Nothing in the August 2020 revised Charter provides for an expansion of her (Gray’s) term of office past four years, despite the ‘opinion’ offered by the politically appointed County Counselor serving at the pleasure of the County Executive,” Fitch said in the letter.

Clancy, in a response to Fitch and separately to the Post-Dispatch, insisted Monday that Gray’s participation in the Tuesday vote is legal.

“Our charter rules say we select a chair at the first meeting of the year and that meeting is tomorrow night,” Clancy said. “Our charter is also very clear that her (Gray’s) term does not end until her successor is sworn in and seated.”

Clancy denied that the move would prevent Page’s critics on the council from gaining a fourth vote to electing their preferred chair.

“The vote we will take is not about any one person. It will be about who has the leadership best positioned to move St. Louis County forward,” Clancy said.

The council could revisit any inconsistencies in the charter, she said, but only after new leadership is elected.

“We’ve got work to do and we’re going to hop right to it,” she said.

The council leadership positions are tasked with running the council’s weekly meetings. While the position for most years rotated among members of the council’s majority political party, the chair was elevated into a high-profile role after Page held the position for three years in a bipartisan bloc against former County Executive Steve Stenger.

Webb said that should Gray vote Tuesday as planned, that she is considering “any recourse I may have.”

Updated at 4:30 p.m. with a statement from Councilwoman Rochelle Walton Gray

Headed to court? No agreement on next steps for St. Louis County Council after leadership fight

Tensions remained high after a fractious meeting that devolved into name-calling and recriminations.

The dispute, between allies and opponents of County Executive Sam Page, appears headed to court.

Councilwoman Days said she will proceed as chair until a court orders otherwise, but Councilwoman Clancy argued any actions won't be legally binding.

St. Louis County Council fights over who gets to vote for its next leaders

Who gets to vote? Shalonda Webb, who voters elected to represent District 4, or Rochelle Walton Gray, who voters rejected?

After getting buried by emails, St. Louis County Council looks to change how it handles public comments

Proposal would let members of the public appear virtually at the meetings, speaking on camera for no more than three minutes.