EAST ST. LOUIS • Land was flat and plentiful. Cheap coal was just up the hill. Low-wage workers were easy to find.

Once a quiet ferry landing on the east bank of the Mississippi River, this town burst with growth in the late 19th Century. Industrialists built sprawling factories across the formerly swampy expanse of the American Bottom. Workers lived in drab houses nearby. It was a gritty town, but there was plenty of work.

East St. Louis, briefly called Illinoistown after its incorporation in 1859, was home to only 5,600 people in 1870. Then came the National Stockyard in 1873 and the Eads Bridge one year later. The city became a tangle of 22 railroads connecting St. Louis to the north, east and south.

By 1910, with 58,000 residents, the city and environs were home to many industries that burned mountains of sooty coal from nearby Illinois mines. The big payrolls included Aluminum Ore Co., American Steel Foundry, Republic Iron & Steel, Obear Nester Glass and Elliot Frog & Switch (a frog was part of a railroad switch).

Many of the factories were built just beyond the city limit to avoid municipal taxes, which helped keep city services shoddy and corrupt.

The adjoining town of National City was home to the stockyards and packing houses, including Armour and Swift. It handled nearly 5 million pigs annually and was the nation’s biggest market for horses and mules.

Read the Post-Dispatch coverage of the East St. Louis riot

The accounts hold back nothing in terms of graphic detail and gore. Even today, this reporting must run with a disclaimer cautioning readers t…

World War I created a bonanza for the draft-animal trade. It made American industry hum. And it aggravated social conflict that exploded in shocking violence in summer 1917.

That spring, the largely white workforce at Aluminum Ore, 32nd and Missouri avenues, went on strike. Management hired strikebreakers, both black and white. Embittered union leaders remembered black faces, and they demanded that City Hall “get rid” of the newcomers.

Tension already was raw when white men in a Ford shot into black homes on the night of July 1. Armed black men gathered at Bond Avenue and 10th Street and fired onto an oncoming Ford, killing two people who turned out to be police officers arriving to investigate.

The next morning, whites poured from a tense meeting in the Labor Temple downtown and began beating and killing blacks.

Many fled to St. Louis across the Eads and Municipal (MacArthur) bridges. East St. Louis police stood by or joined the carnage. Illinois National Guard soldiers who were hustled to town did little to protect people until late in the day.

On July 3, the Post-Dispatch ran a harrowing account by Carlos F. Hurd, the reporter who scooped the world with interviews of Titanic survivors five years before. Hurd wrote that he witnessed the “massacre of helpless negroes” on streets where “a black skin was a death warrant.”

More than 300 homes and businesses were burned. The local investigation was inept, so it’s hard to know the full scope of the carnage. The official death count was 39 blacks and nine whites, but the toll probably was closer to 100.

Factories begged black workers to return, but many didn’t. When schools reopened, black enrollment was down by more than half. A lengthy congressional investigation, reporting one year later, described the riot as “savagery.”

Lena Cook and her family were taking a streetcar home to St. Louis from a fishing outing in Illinois. The car reached downtown East St. Louis as angry whites were on the rampage.

Her husband, Edward, and her son, Lurizza Beard, 14, were pulled from the streetcar and shot to death. A white bystander, hardware merchant William Keyser, also was killed, probably by the same shot that passed through Lurizza.

St. Clair County authorities eventually charged more than 140 people, most of them white and including police officers and East St. Louis Mayor Fred Mollman. Indictments against the officers were "lost," and the charge against the mayor was dropped.

But 21 people were convicted of serious crimes, including two white men in the murder of Keyser. Those verdicts came after the brave testimony of Lena Cook, who never wavered against racist cross-examination.

Newspaper files have no mention of verdicts in the murders of Cook's husband and son.

There were few heroes in the East St. Louis riot. One man who tried to help was Louis Aloe, president of the St. Louis Board of Aldermen.

Thousands of blacks fled to St. Louis, where Aloe was filling in for Mayor Henry Kiel. Aloe opened the city's Municipal Lodging House, a homeless shelter across 12th Street (Tucker Boulevard) from City Hall, and approved emergency spending for food.

For the next week, the Lodging House provided overnight shelter to about 700 men, women and children, and fed more than 7,500. The local Red Cross assisted. Refugees, including at least one man with a gunshot wound in his back, were treated at City Hospital.

In 1923, Aloe was a driving force in an $87 million city bond issue that included money for clearing land along Market Street. He is namesake of Aloe Plaza, across from Union Station. His widow, Edith, donated money for the "Meeting of the Waters" fountain.

Louis Aloe died in 1929 and is buried in Mount Sinai Cemetery.

Photos from the archive: The 1917 East St. Louis race riots

Fires from riots, as seen from Eads Bridge

A lawyer who battled housing segregation also persuades City Hall to build a new hospital for blacks in the Ville neighborhood. 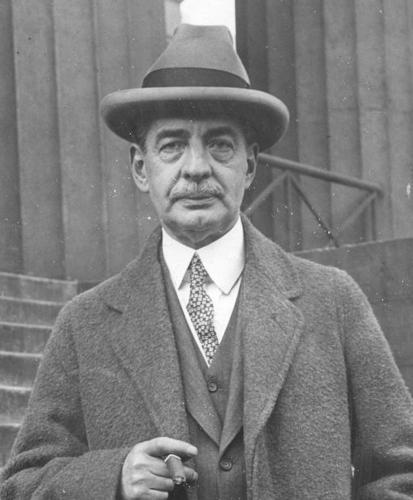 Louis P. Aloe, president of the St. Louis Board of Aldermen from 1916 to 1923. As acting mayor during the race riot in East St. Louis on July 2, 1917, he opened the city's homeless shelter to hundreds of black people who fled their homes to safety across the Mississippi River. The photo was taken in 1925, when he sought the Republican mayoral nomination. He died in 1929 at age 61. Post-Dispatch file photo 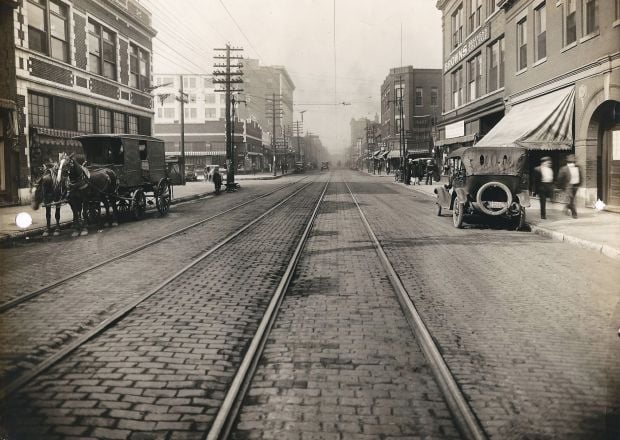 A scene on Collinsville Avenue in downtown East St. Louis at Illinois Avenue (now Dr. Martin Luther King Drive) in 1919, two years after the riot. Lena Cook's husband and son were dragged from a streetcar by a white mob at that intersection and shot to death during rioting on July 2, 1917. Cook, of St. Louis, later testified in court against the killers. Image courtesy St. Clair County Historical Society 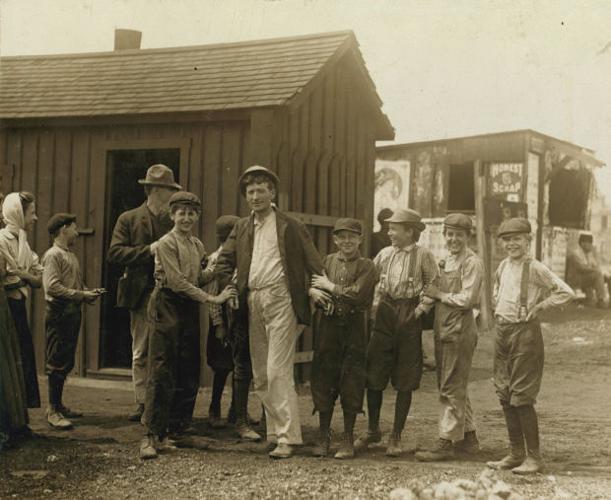 A scene from the noon hour at Obear Nestor Glass Co. in East St. Louis, where children were among the employees. This May 1910 photo was taken by Lewis Wickes Hine, who was documenting child labor practices around the country. Library of Congress image.