ST. LOUIS • Clouds filled the sky on the morning of April 16, 1858. The Missouri Democrat newspaper described the weather as "almost tearful, as if in sympathy."

The Chamber of Commerce had resolved that all businesses be closed. Stores and shops were draped in black bunting and American flags. But the streets were alive with crowds of residents, all seeking a glimpse of four plumed black horses pulling a hearse, followed by a procession that took 45 minutes to pass.

The wake and funeral of Thomas Hart Benton, for three decades a U.S. senator from Missouri, was a major three-day event. Some estimates said one-fourth of the city's 160,000 people turned out for the funeral.

Benton, born in North Carolina, had moved here in 1815 at age 33. A lawyer, he quickly made friends with the powerful Chouteau family. Two years later, he shot and killed rival lawyer Charles Lucas in a duel on old Bloody Island, in the Mississippi River across from the city. He became a newspaper editor and shouted in print for statehood. In 1820, the budding state assembly chose him and David Barton as Missouri's first U.S. senators.

Sept. 27, 1817: The most infamous single gunshot in Missouri political history

Benton was a strong promoter of westward expansion and a railroad to the Pacific Ocean. His distrust of Eastern bankers earned him the nickname Old Bullion. He was a dedicated Unionist, despite his slaveholding origins, and his attacks on the rising secessionist fervor of Sen. John Calhoun of South Carolina cost Benton his seat in 1850, back when the Legislature anointed senators.

But many Missourians still revered their populist lion and mourned his death April 10 in Washington. The train carrying his body arrived on April 14. Benton was laid out the next day in the spacious Mercantile Library Hall, Locust Street and Broadway, where thousands passed the casket into the next morning.

Following the hearse were city leaders, bands, social organizations, Army units from Jefferson Barracks and numerous military marching societies, including the St. Louis Grays, Washington Guards and Turners' Riflemen. (Their members would turn on each other in three years, when Benton's hopeless search for a middle ground on slavery exploded in the Civil War.)

At Ninth and North Market streets, a North Missouri Railroad train shuttled mourners to Bellefontaine Cemetery. Benton was buried next to his wife, Elizabeth. Ten years later, a statue in his memory was erected in Lafayette Park.

Sept. 27, 1817: The most infamous single gunshot in Missouri political history

Thomas Hart Benton was an ambitious newcomer who had wounded Gen. Andrew Jackson in a Tennessee tavern brawl. Charles Lucas was the cultivated son of a prominent local family. On Sept. 27, 1817, their clashes were played out in dramatic fashion. 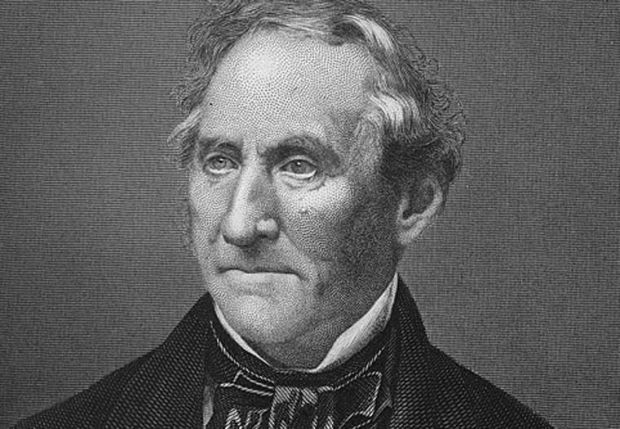 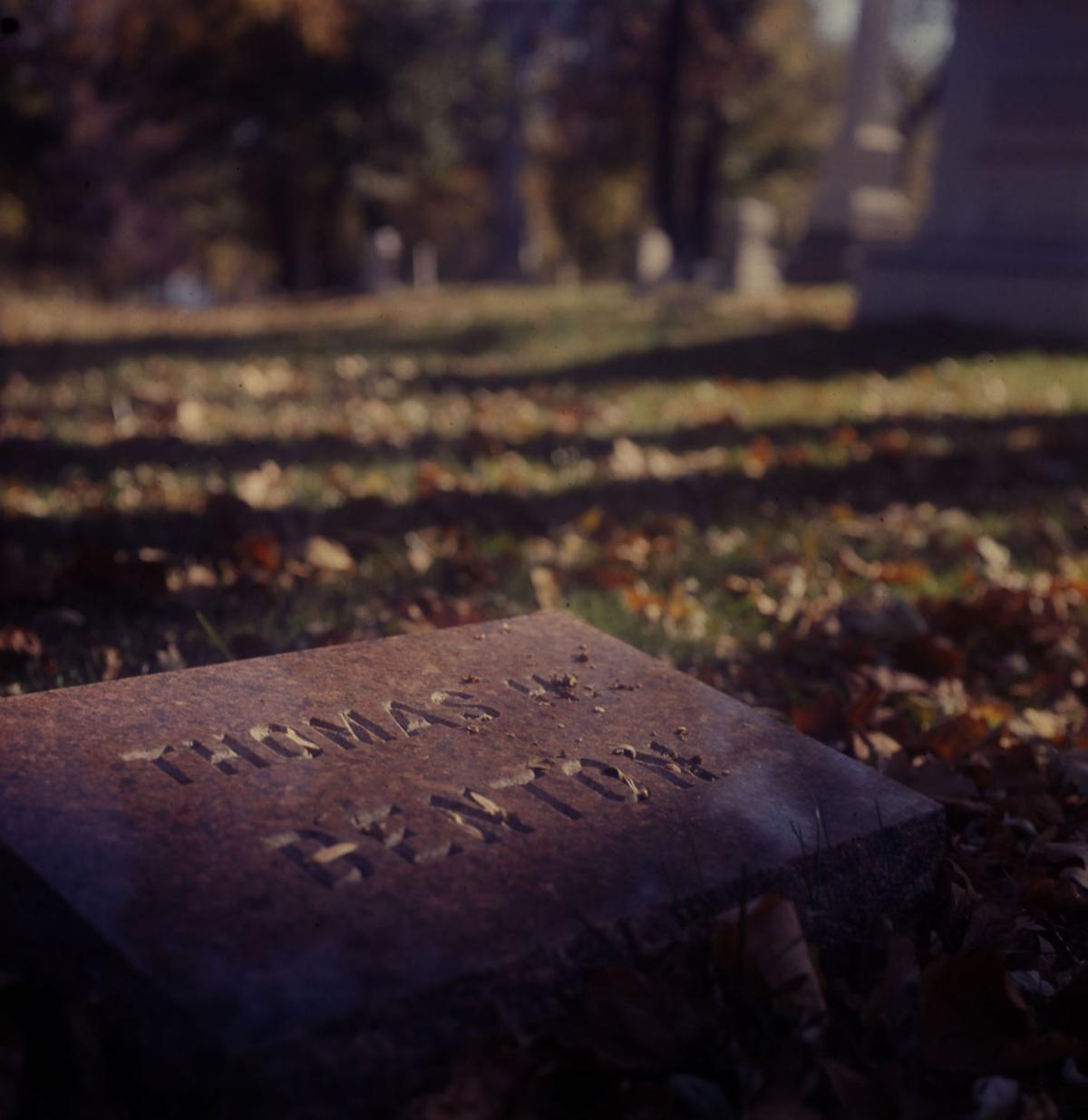 This1965 photo shows a granite headstone over Benton's grave that was installed in 1962 by Missouri long after he and his wife, Elizabeth, were buried in Bellefontaine Cemetery. (Post-Dispatch)