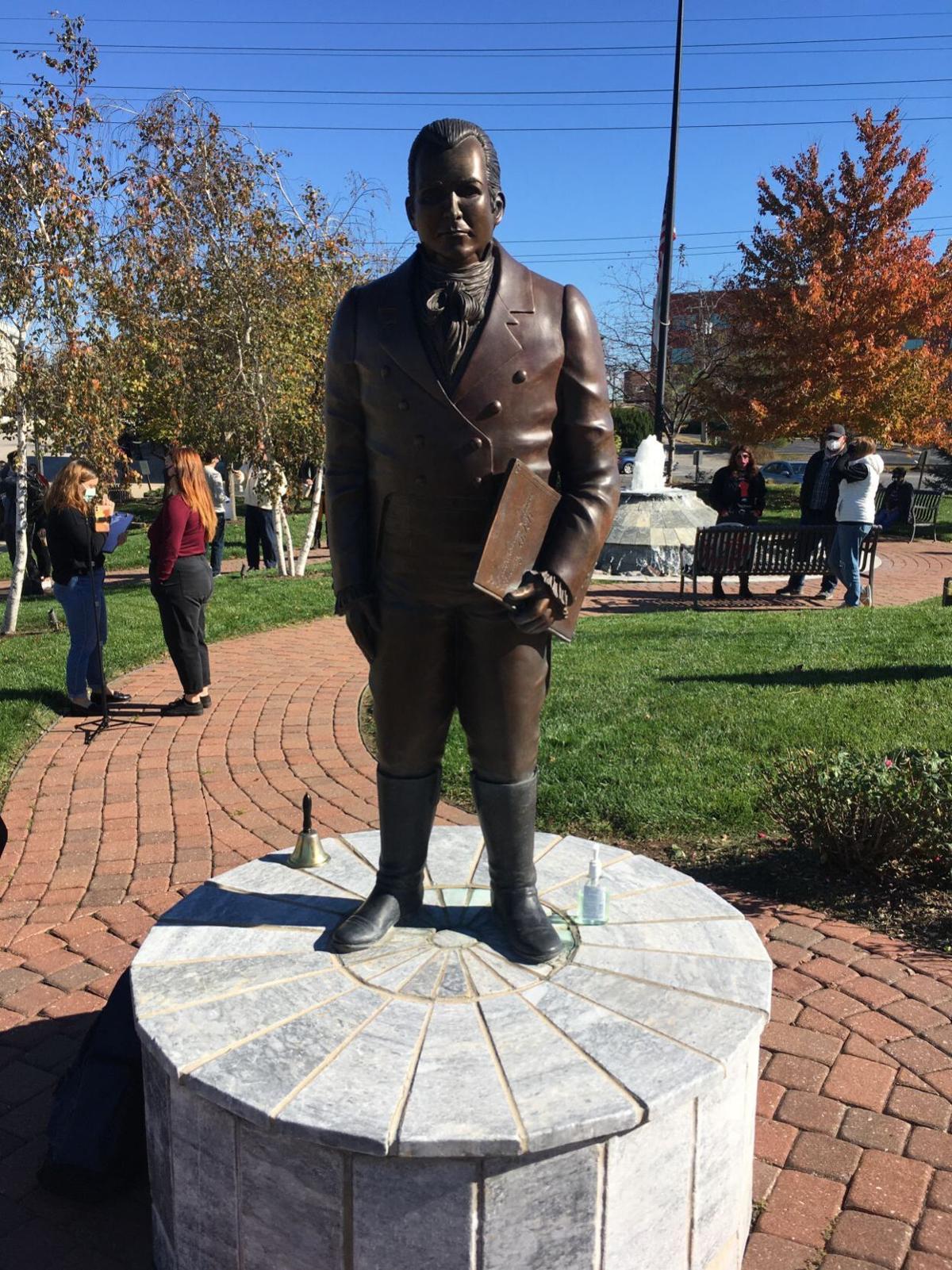 Protesters gather at the Ninian Edwards statue in Edwardsville to call for its removal. Photo by Joel Currier, jcurrier@post-dispatch.com 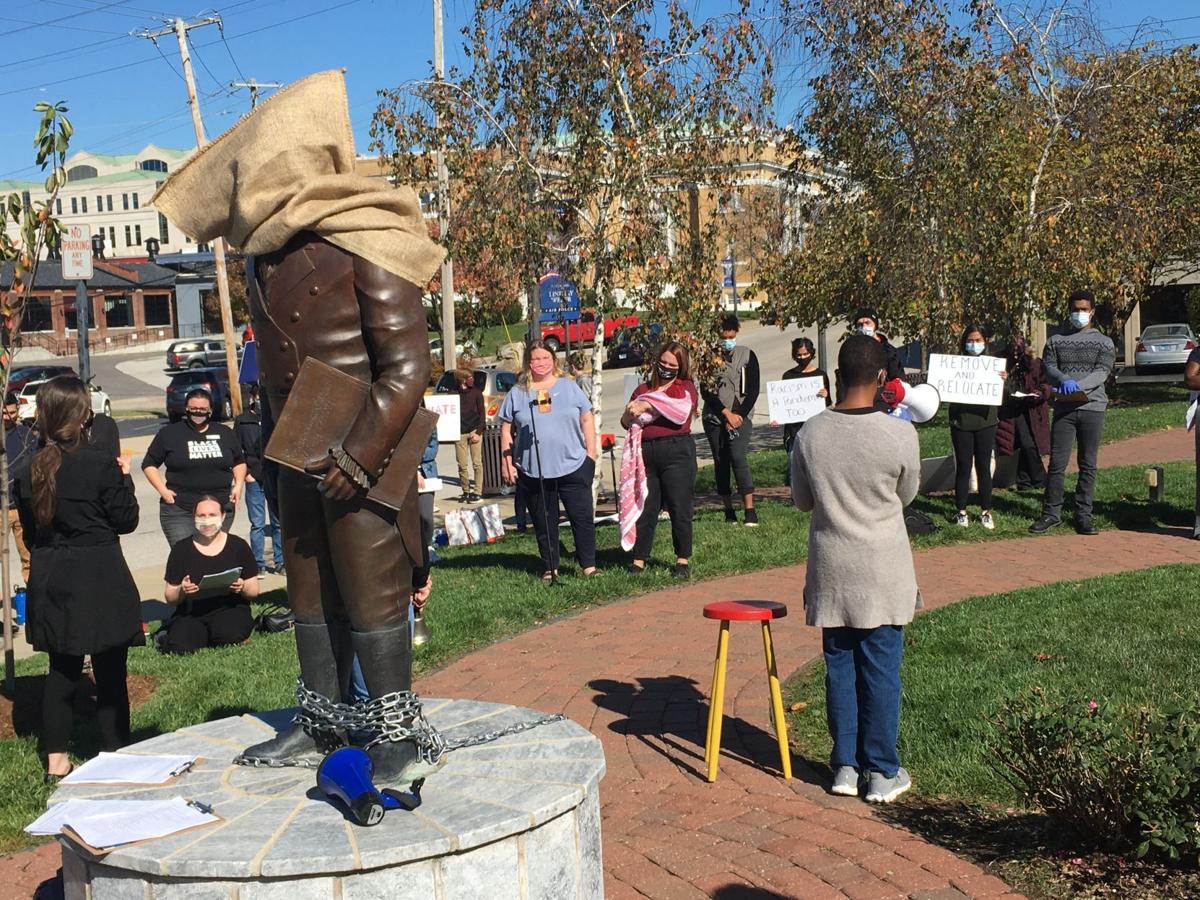 A protester adorned the Ninian Edwards statue in Edwardsville with a burlap sack and chains during a protest Saturday calling for the statue's removal. Photo by Joel Currier, jcurrier@post-dispatch.com

By Jared Hennings Special to the Post-Dispatch

EDWARDSVILLE — The City Council has voted to rename a small park in the downtown area as City Plaza. The area at the intersection of St. Louis and Vandalia streets had been designated in 2008 as Ninian Edwards Plaza, after this city's namesake.

Edwards was a territorial governor, U.S. senator and the third governor of Illinois in the early 1800s. The city of Edwardsville was named in his honor in 1813.

But he was also a slave holder, and his actions have contributed to an outcry for renaming the park and removing his bronze statue that stands there. As the territorial governor, Edwards vetoed a bill that would have abolished indentured servitude, which some historians say was a defacto form of slavery. Another part of his job was commanding the Illinois militia, which killed Native Americans and burned villages to avoid anticipated attacks on white settlements and ultimately helped with Indian-removal efforts.

The plaza has been the site of several recent protests.

Emily Klingensmith, a representative of Our Edwardsville and Ezra Temko, sociology professor at Southern Illinois University Edwardsville, told the council Tuesday by video about their concerns regarding the park and statue.

City Council members unanimously approved the ordinance renaming the park, a proposal that came from the Administrative & Community Services Committee. Councilman Art Risavy said Edwardsville is a diverse and welcoming city and renaming the plaza was the right thing to do. He said the committee would do more work to determine what should happen to the statue.

Protesters call on Edwardsville to remove statue of town's namesake

Rally organizers say statue of Illinois' third governor, Ninian Edwards, should be removed and relocated because he had slaves and sought to preserve slavery.

Ninian Edwards is the namesake of the Metro East town.

Protesters gather at the Ninian Edwards statue in Edwardsville to call for its removal. Photo by Joel Currier, jcurrier@post-dispatch.com

A protester adorned the Ninian Edwards statue in Edwardsville with a burlap sack and chains during a protest Saturday calling for the statue's removal. Photo by Joel Currier, jcurrier@post-dispatch.com